Same genes, different bikes! Feast your eyes on our picture comparison of the Dominar 400 and the 390 Duke 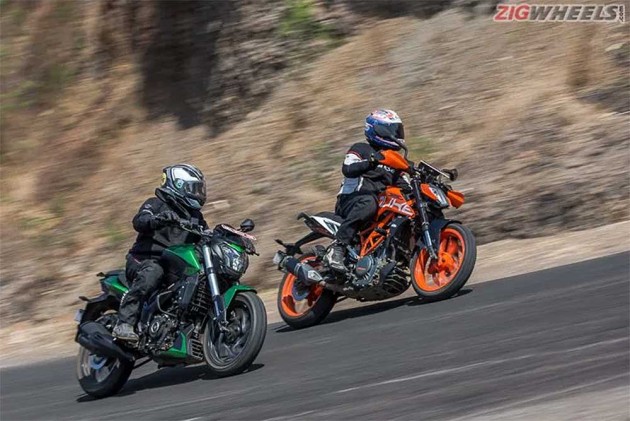 We rode the 2019 Bajaj Dominar 400 and the KTM 390 Duke together and realised that the Dominar in its newest avatar has come quite close to the KTM in terms of dynamics. Here’s a detailed comparison of the two motorcycles in pictures: 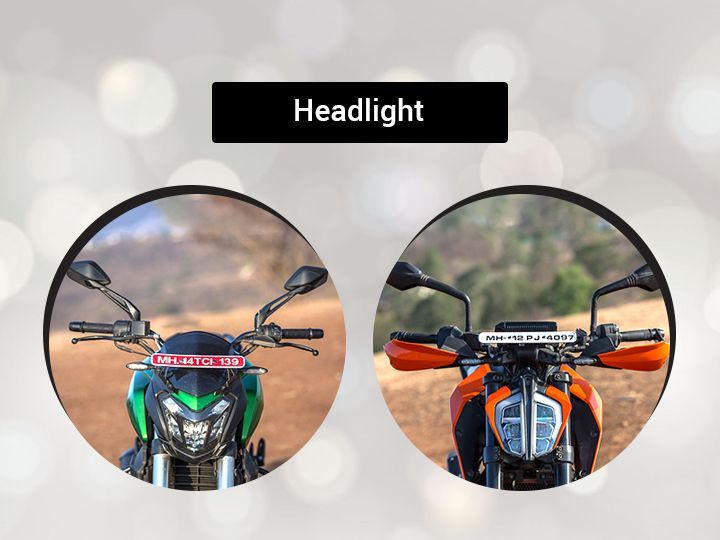 While the Duke’s headlamp cluster is sleek and angular, the Dominar’s unit looks relatively compact yet muscular. The 2019 Dominar 400 also gets a small body-coloured panel at the top of the lens which offers a good contrast to the black nacelle. Both bikes get an all-LED lighting system. 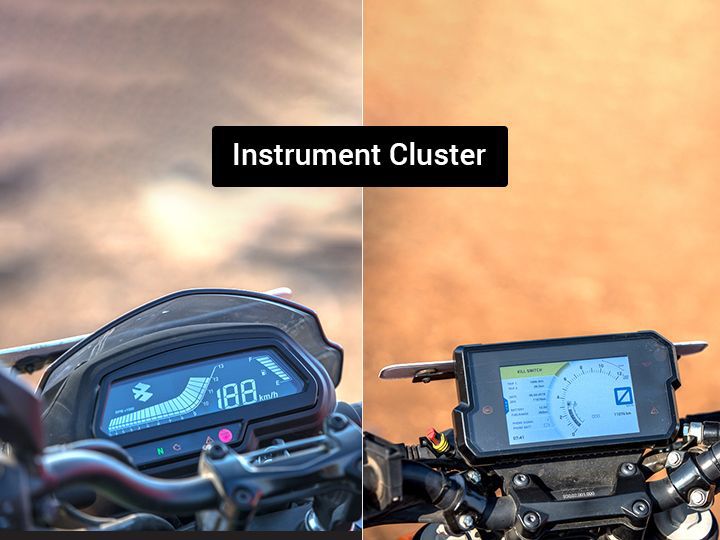 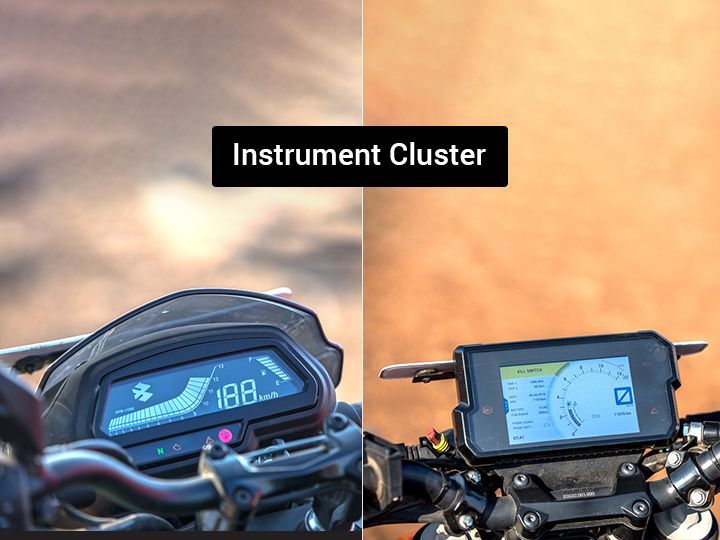 Though the new Dominar’s instrument cluster packs in a lot of necessary info, it feels a little dated compared to the KTM’s futuristic colour TFT screen. The Duke’s display even comes with smartphone pairing capability via bluetooth! Both the bikes show real-time and average efficiency, range, trip and odometer readouts apart from the regular trove of details. However, a coolant temperature gauge is missing in the Dominar. 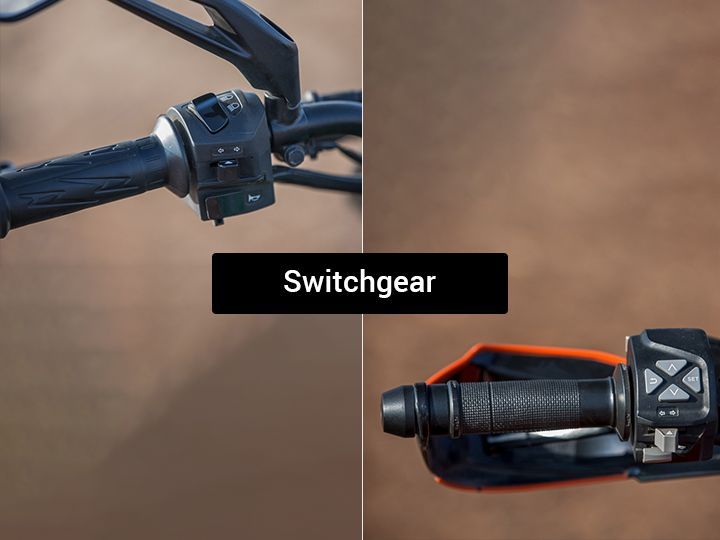 The Dominar comes with traditionally styled switchgear whereas the 390 Duke features four buttons on the left handlebar to cycle through the menus, apart from the horn, indicators, pass beam and engine kill switch. KTM’s switches aren’t backlit whereas the Dominar’s controls are. 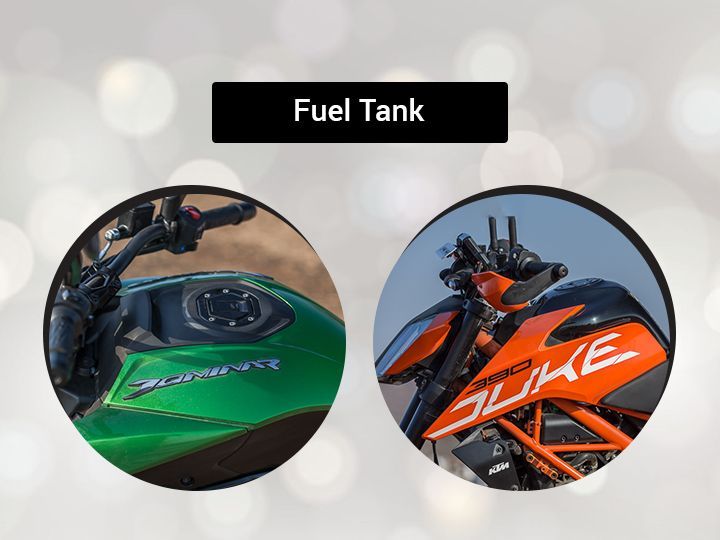 The fuel tank on both the bikes look quite muscular thanks to the wide tank extensions. However, the Dominar’s tank looks a lot larger because of its flatter design up top and the presence of a tank display. But its capacity is actually 0.3 litres smaller than the Duke’s. 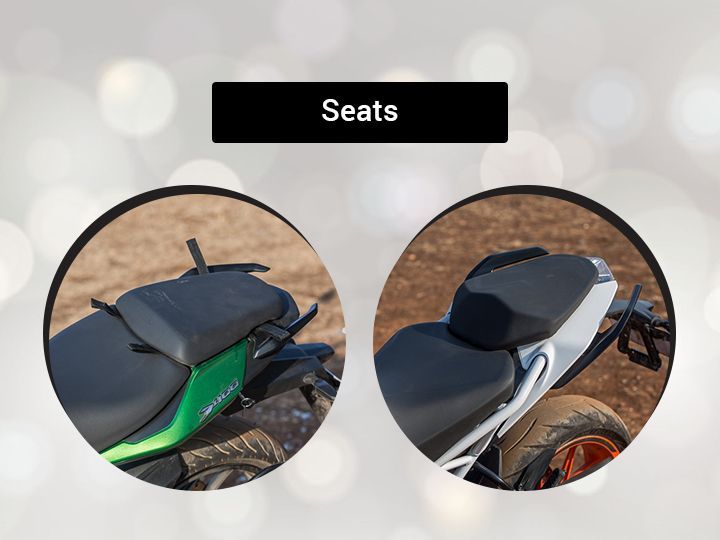 The two motorcycles come with split seats but in the Dominar, the rider’s seat feels slightly roomier. On the other hand, the Duke’s seat is more comfortable to move about while cornering as the profile is narrower. The pillion seat on the Dominar also gets loops to secure luggage. It looks a bit tacky, though. 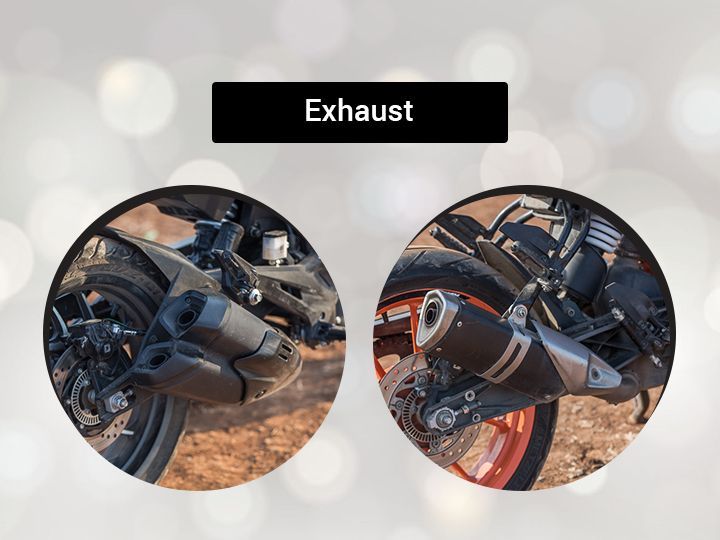 Purists might scoff at the idea of a twin-exit exhaust for a single-cylinder bike. However, it does make the Dominar sound like it’s a much bigger-engined motorcycle. On the other hand, KTM’s exhaust looks sleek and no-nonsense. Comparatively, the KTM’s exhaust note feels muted, but refined. 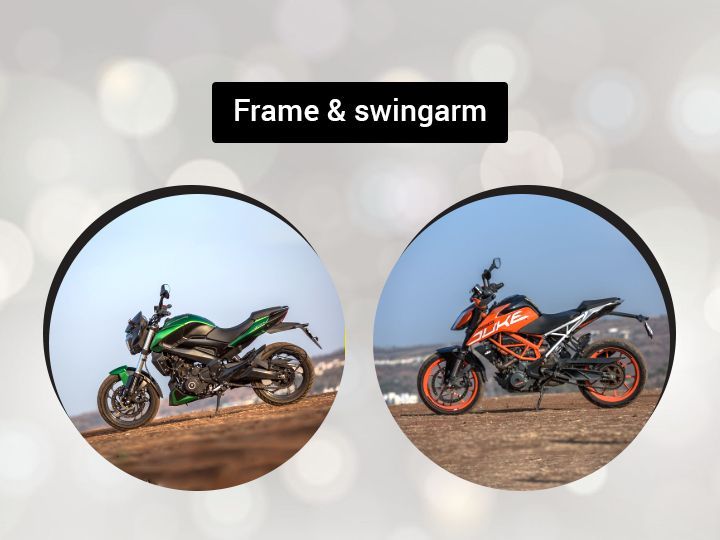 KTM’s split-trellis frame is instantly recognisable thanks to the white and orange paint scheme. It also uses a lightweight aluminium swingarm for superior handling. On the other hand, the Dominar makes do with a perimeter frame and for better affordability, a stamped-metal swingarm. They do look chunky though. 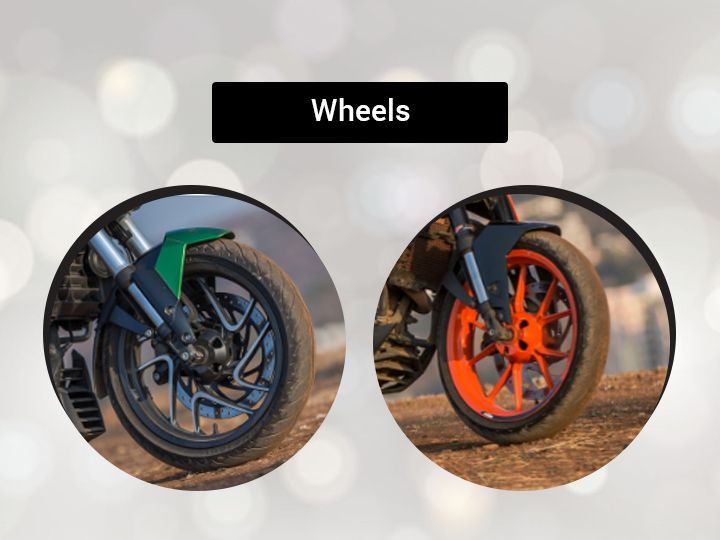 Rims are quite sporty-looking in both the motorcycles. The Dominar’s dual-tone scheme makes it look really premium but it simply can’t match the style quotient of KTM’s bright orange wheels.

Invariably it all boils down to taste as design is subjective. That said, the design language of both the bikes will appeal to their respective target audiences quite well.