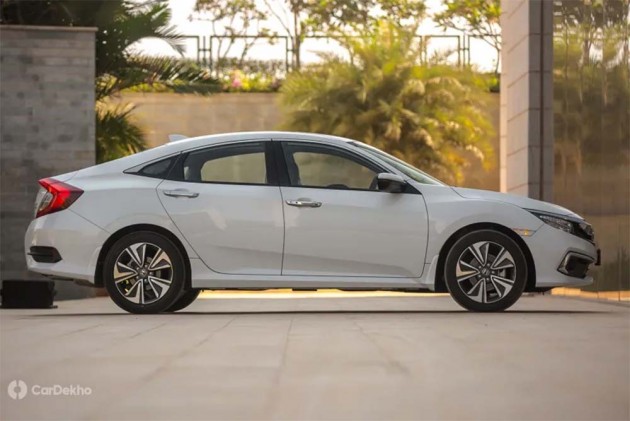 Honda launched the 2019 Civic in India in March 2019, six years after the eighth-gen sedan was discontinued. The new Civic is impressive to look at but we feel it could have been an even better package. So let’s analyse what’s good and what’s not in Honda’s mid-size sedan.

Like the eighth-gen Civic, which stood out from its peers during its heyday, the new Civic is no different. The tenth-gen sedan has a unique and aggressive styling that makes it stand out in its segment. Where other mid-size sedans look conventional, the Civic has a coupe-like silhouette. Other highlights of the Civic’s design include the all-LED exterior lighting package, integrated rear spoiler and dual-tone 17-inch alloy wheels. 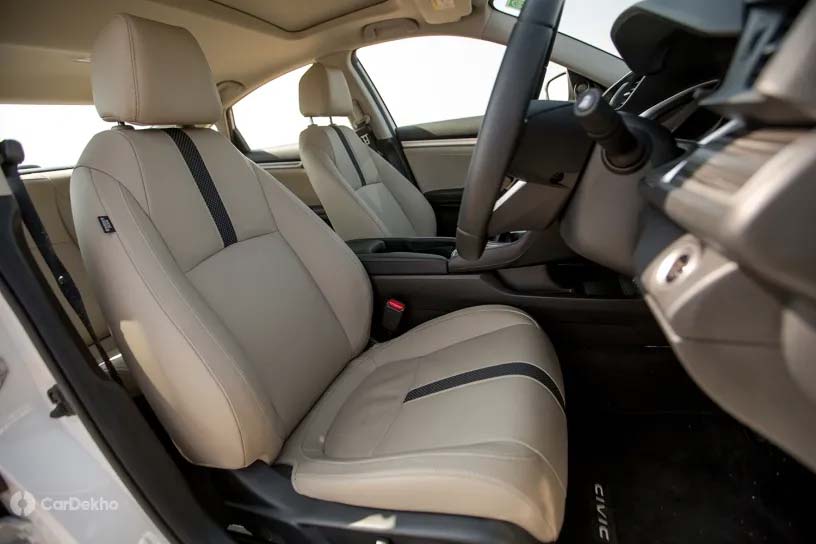 It’s safe to say that Honda has cut no corners in putting up the new Civic together. All the materials look top-notch and feel like they will stand the test of time. For instance, the plastics used inside appear durable while the soft touch material on the dashboard and the premium leather upholstery make the cabin feel rich. 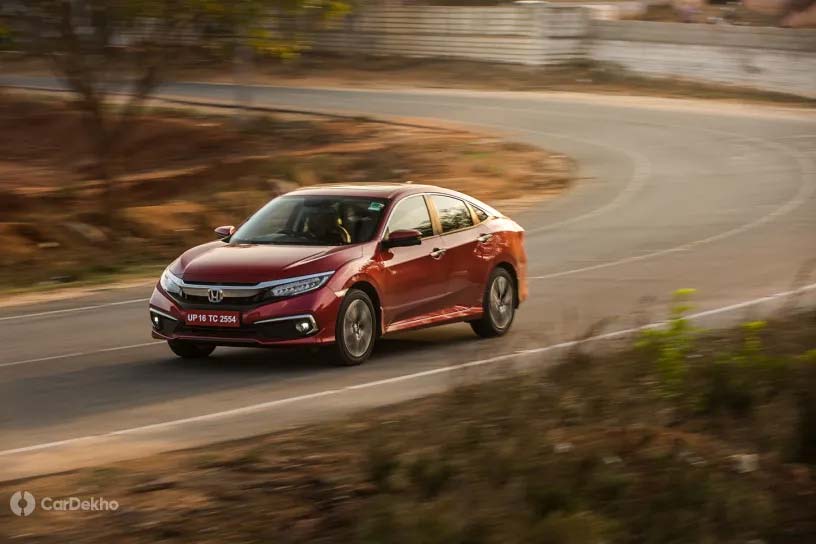 The Civic looks sporty, no doubt, but the way it handles will put a bigger smile on the driver’s face. It feels agile and in-control while taking corners and inspires confidence even when you push it. Even the steering feels communicative enough to call it a good driver’s car.

Easy To Live With 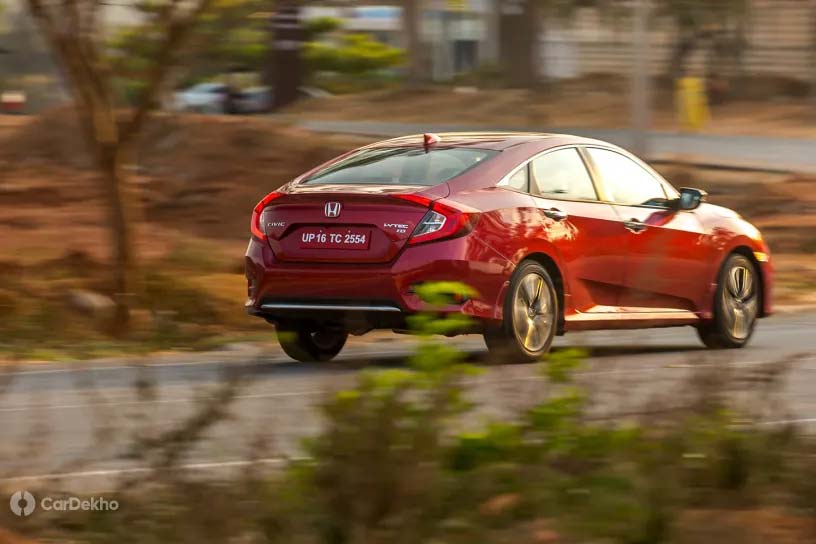 The Civic’s engines offer good drivability. While the petrol-CVT offers a smooth drive experience, the diesel-manual is driveable and efficient as well. The Civic is also capable of dealing with bad Indian roads as its suspension setup has been raised by 20mm up front and 15mm at the rear compared to overseas models. To top it all off, the noise insulation in the Civic is also quite good keeping the user at peace inside the cabin. 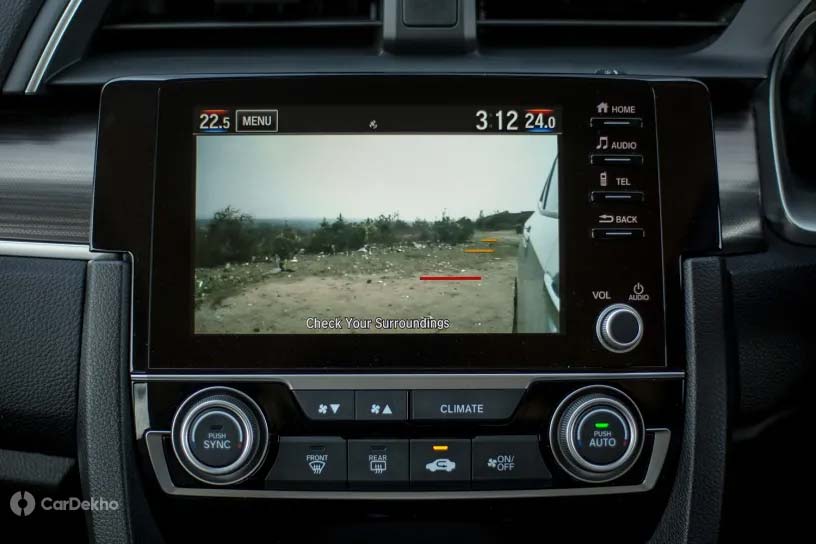 The new Civic comes with various segment-first features like Honda Lane Watch camera, side marker lamp and a remote engine starter that will let you cool the car before stepping in. Other features on offer include a 7-inch driver information display, a 7-inch touchscreen infotainment system with Android Auto and Apple CarPlay, an 8-speaker sound system, a sunroof, dual-zone climate control with rear AC vents and an all-LED exterior lighting package that even includes the front fog lights. 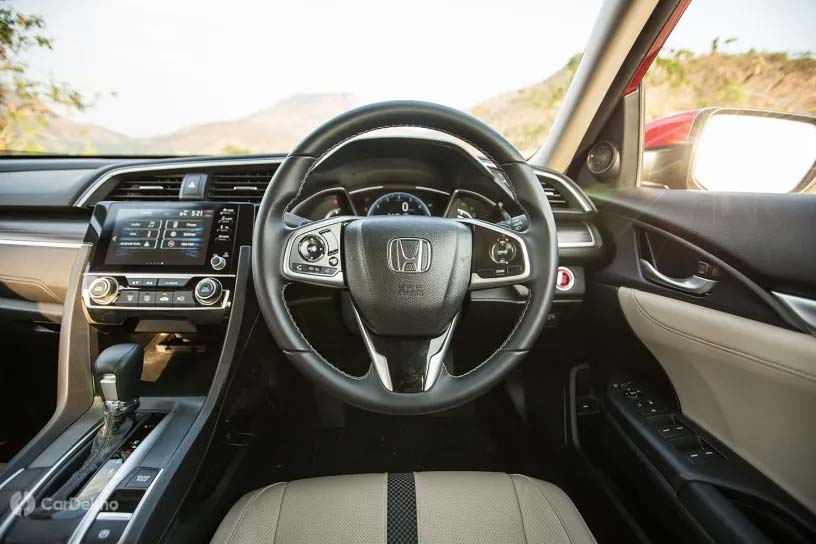 Equipped with a long list of features, the Civic not only pampers you inside the cabin but also keeps you safe. Standard safety net includes four airbags, ABS with EBD, vehicle stability assist (VSA), hill-start assist, rear parking sensors, electronic parking brake and reverse parking sensors. The higher variants get additional features such as curtain airbags and a pop-up bonnet as well.

Getting In And Out Is Not Easy 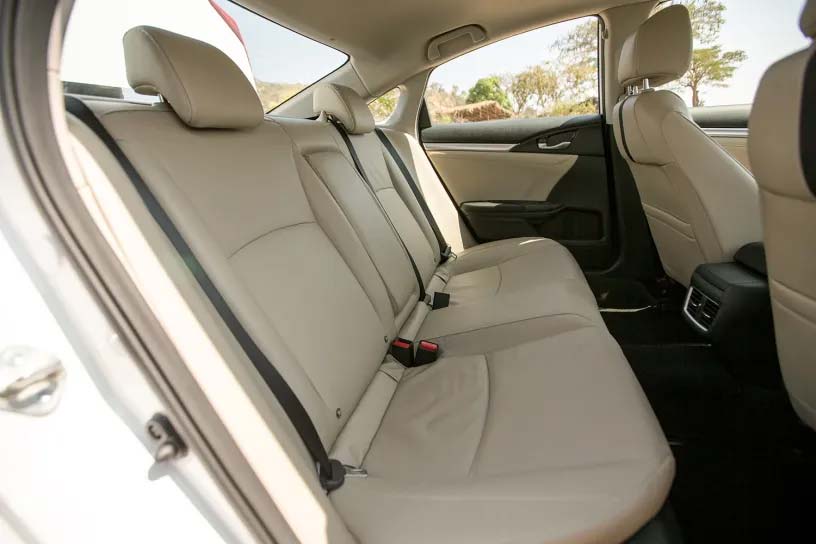 Although Honda has raised the Civic to take on the worst roads our country has to offer, it is still a low slung sedan and the rear seat is low-set as well. This makes it less than ideal to get in and out of for the elderly or those with joint pains since you end up putting pressure on your knees. 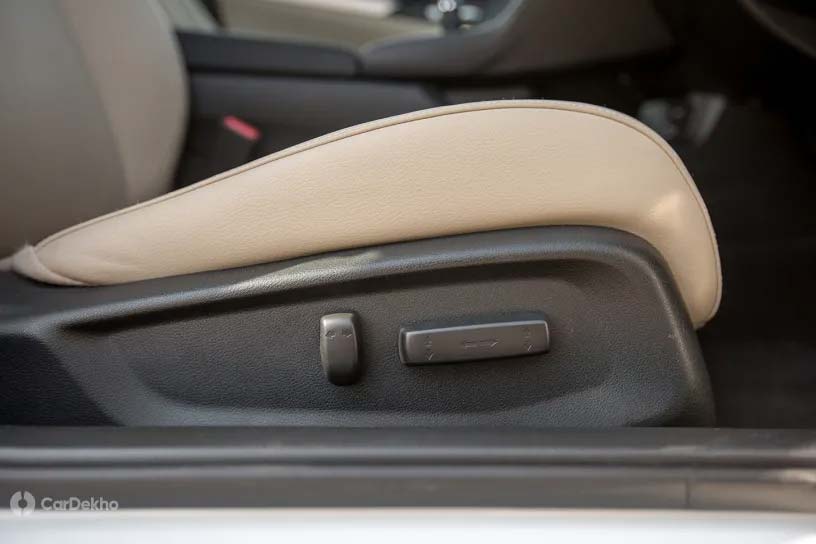 Although the Civic is loaded with features, there are still some misses. It lacks the option of a powered front passenger seat, a rear charging socket and front parking sensors that would have added to its usability. It also misses out on split folding rear seat that is offered overseas. 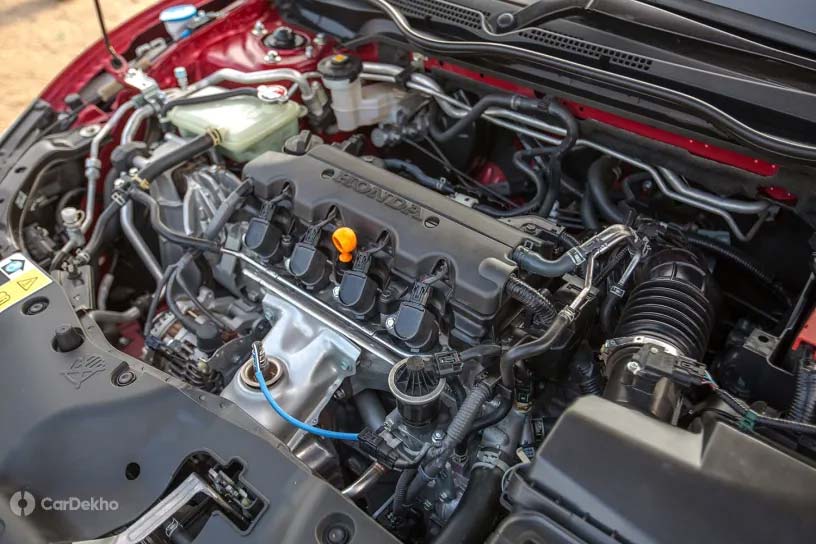 Unlike its rivals, the Civic does not get both manual and automatic transmission options with its engines. Where the 1.8-litre petrol engine is only available with a CVT, the diesel engine can only be had with a 6-speed MT. We would have liked the Civic even more if Honda had offered the petrol variant with a manual gearbox and the diesel engine with an auto gearbox as well.

Not A Step Up From The City In Terms Of Space 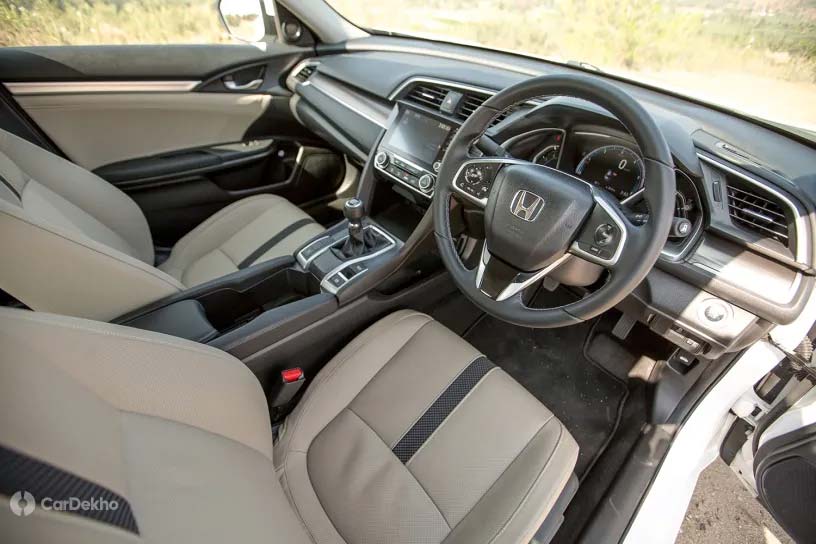 While existing City owners will like the feel and in-cabin experience of the Civic, the mid-size sedan fails to feel like an upgrade as far as cabin space is concerned. In fact, the City seems to be more accommodating as a five seater and also offers a relatively larger boot than the Civic.