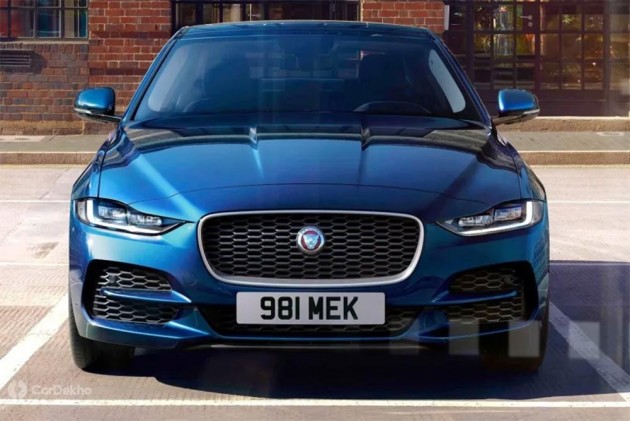 Jaguar has taken the wraps off the 2019 XE facelift and the updated sedan look meaner than before. Up front, the updated sedan features sleeker-looking headlamps with LEDs and these flank the front grille with a new mesh pattern. The bumper is also redesigned and gets larger air dams. Overall, the new setup makes the sedan look sportier than before. 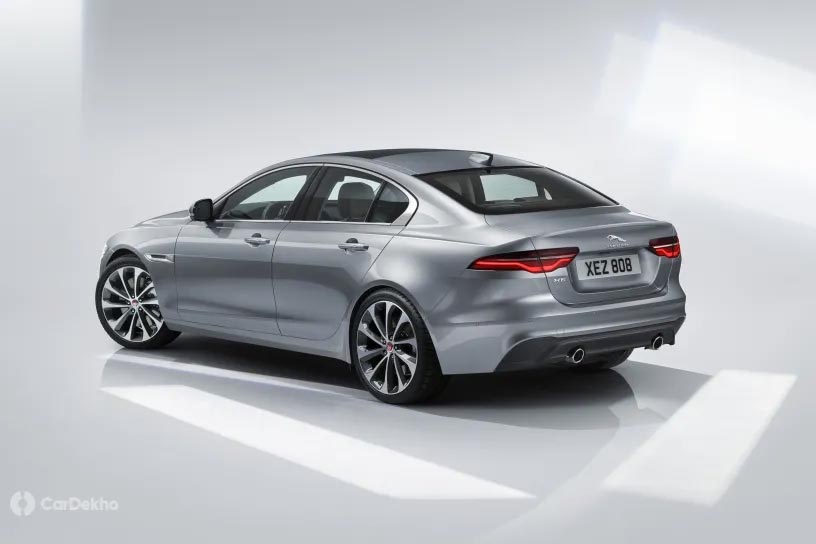 Coming to the sides, the new sedan looks identical to the pre-facelift model. However, the new XE is also available with upto 20-inch wheels in the UK, but in India it is expected to come with the 18-inch units only. Like the front, the rear of the sedan also looks sportier, with sleeker LED tail lamps and a redesigned bumper. 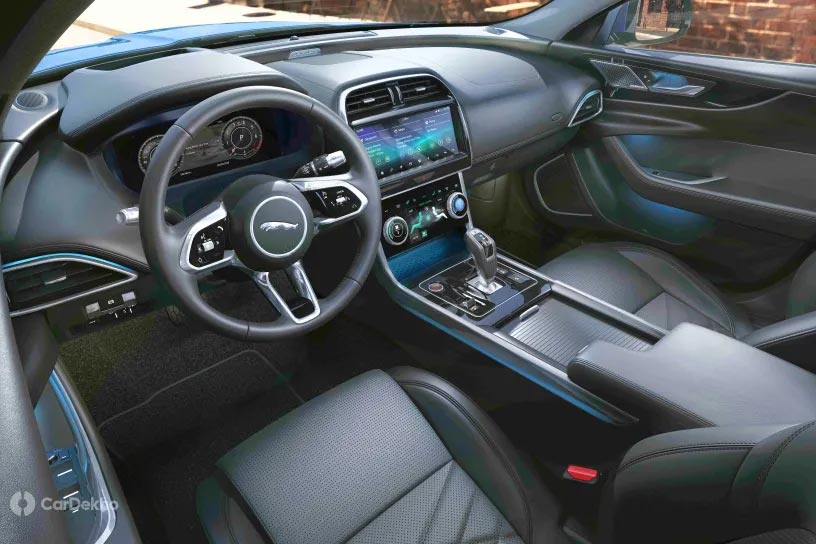 On the inside, although the cabin layout of the new sedan looks similar to the outgoing model, it is now equipped with the new Touch Pro Duo infotainment system with a 12.3-inch all-digital instrument cluster. It includes the 10-inch touchscreen infotainment system while a second screen replaces the physical controls for AC and other features, and there’s a 12.3-inch screen that replaces the analogue instrument cluster. Jaguar has also introduced a new gearshift lever on the XE. Instead of the signature rotary drive selector, it gets the SportShift gear selector and JaguarDrive Control ‘toggle’ switch. Another update is the new steering wheel which looks slimmer and gets brushed metal finish on the spokes. 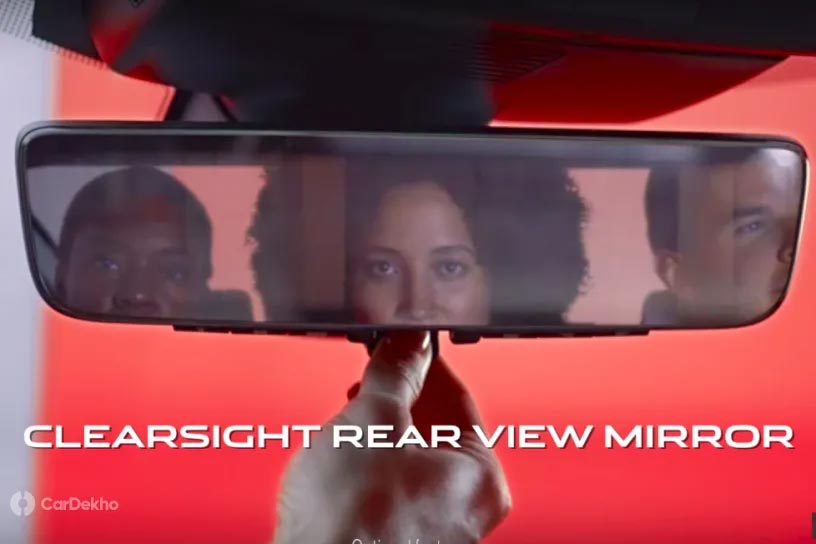 As far as features are concerned, along with standard features like six airbags, ABS with EBD, dual zone climate control, panoramic sunroof, the new XE comes with the segment-first Clear Sight interior rear-view mirror. A camera integrated into the shark fin antenna sends feeds to the IRVM, which can either show the camera footage or be used as the normal mirror. The camera gives a wider 50-degree field of vision. A similar system was introduced on the second-gen Evoque in 2018. 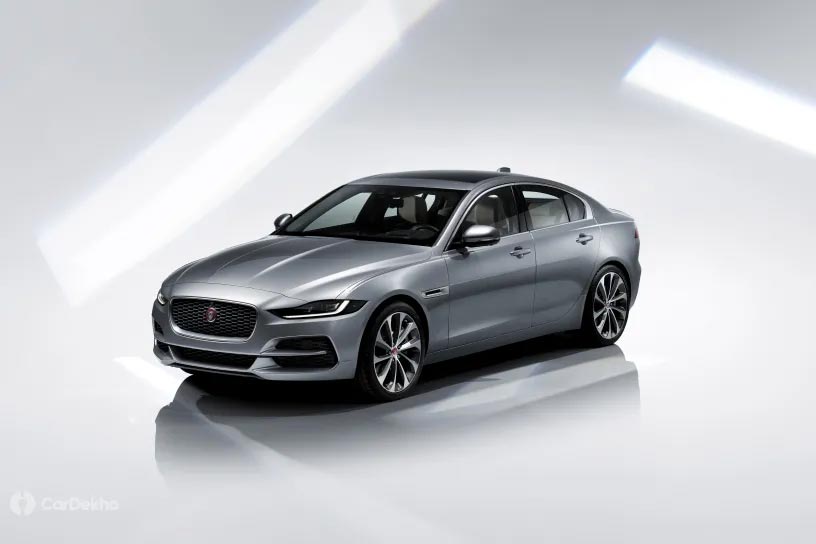 Under the hood, the new XE carries forward the same set of petrol engine and diesel engines that power the pre-facelift XE. While the 2.0-litre diesel engine makes an identical 180PS of power and 430Nm of torque, the 2.0-litre petrol engine is available in two states of tune. In the P250, it makes 250PS/365Nm and in the P300, it is good for 300PS/400Nm. Both the engines are mated to an 8-speed ZF automatic transmission and are available with both 2WD and 4WD options. 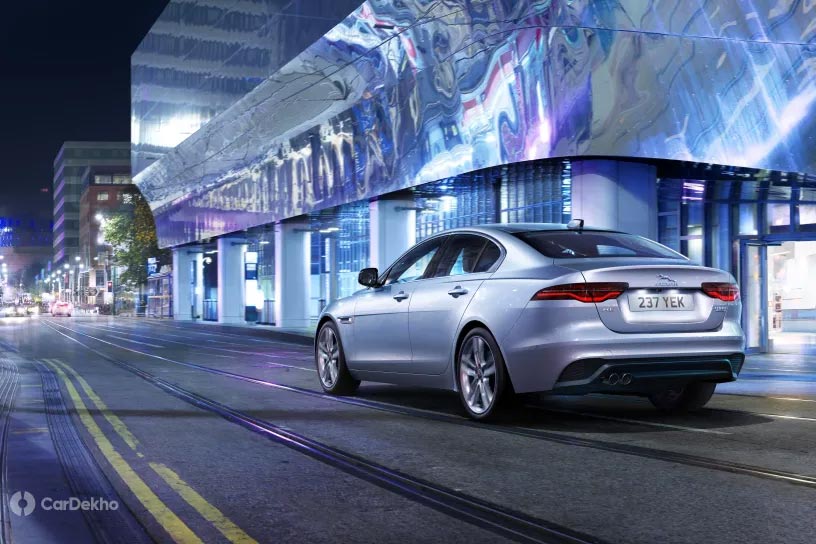 Jaguar has already launched the new XE in its home market in the UK and is expected to bring it in India by the end of this year. The new XE, when launched, will renew its rivalry against the likes of the Mercedes-Benz C-Class, BMW 3 Series and the new Volvo S60, which is expected to go on sale in India this year.