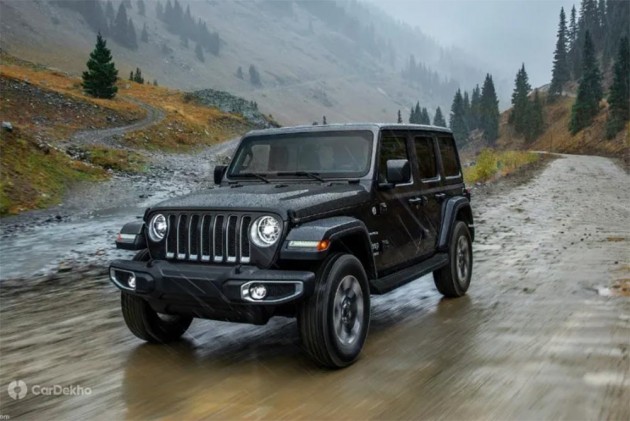 The latest-generation of the Jeep Wrangler has finally arrived in India after it was globally unveiled in 2017. It features revised styling while retaining its rugged proportions and off-road capabilities. Now powered by a new petrol engine and a new automatic gearbox, the new Wrangler is priced at Rs 63.94 lakh (ex-showroom pan-India).

Like before, only the five-door Unlimited variant of the Wrangler will be offered in India. It gets a new 2.0-litre turbocharged four-cylinder petrol engine that produces 268PS of power and 400Nm of torque while mated to an 8-speed automatic transmission. There is no diesel engine on offer with the new Wrangler in India. 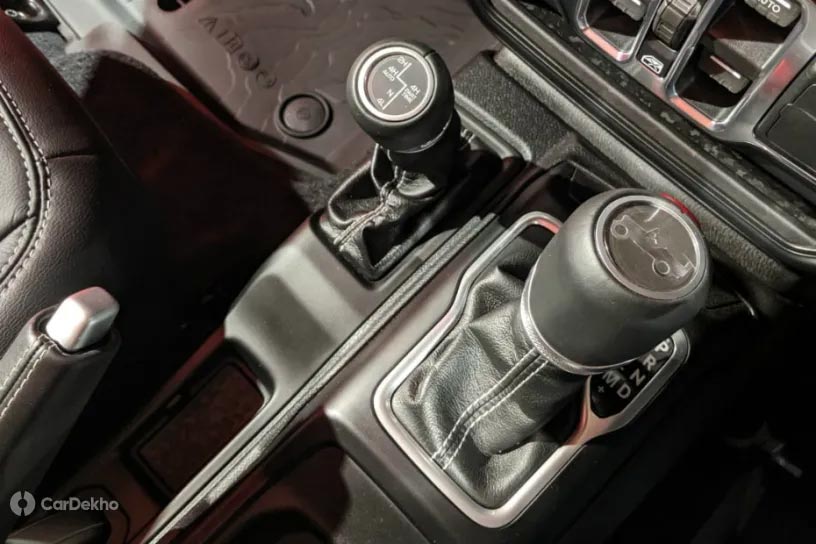 The new Wrangler comes with Jeep’s SelecTrac 4x4 drivetrain system with a low-range gearbox as well. Its 4-Low controls are positioned next to the shift lever of the 8-speed auto in the central tunnel.

In its new avatar, the Wrangler has grown in size. It is 130mm longer (4882mm), 17mm wider and 9mm taller than the outgoing version. Meanwhile, the wheelbase has grown in length by 61mm (3008mm) and it boasts of a ground clearance of 215mm. Yet, it is lighter than before thanks to the extensive use of high strength steel and aluminium in its build. 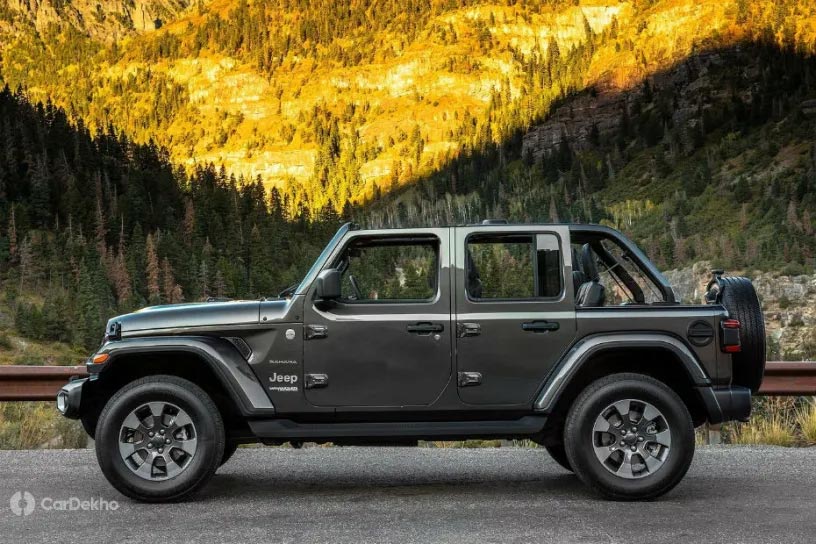 The new Wrangler continues to feature the seven-slat front grille flanked by circular headlamps, except these are now all-LED units with integrated DRLs too. At the rear, it sports new all-LED tail lamps along with a beefier rear bumper. The front steel bumper allows it to achieve its handy 41.8-degree approach angle while the flared wheel arches house the 18-inch wheels. 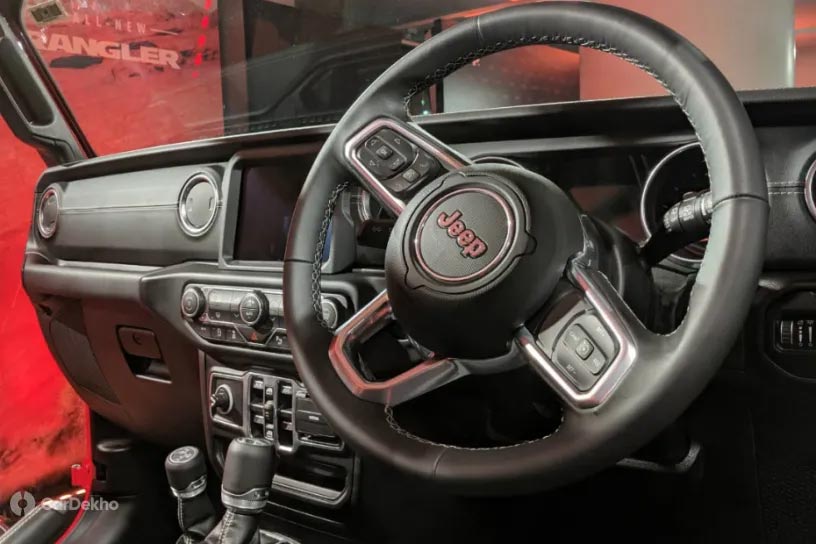 The differences are a lot more noticeable inside the cabin, which gets a redesigned dashboard that suits this Jeep’s price tag. It has a new instrument cluster with a 7.0-inch coloured multi-information display in between the two dials and the latest 8.4-inch Jeep Uconnect touchscreen infotainment system with Android Auto and Apple CarPlay compatibility.

Phone, media and navigation functions can also be controlled using voice commands at the push of a button on the steering mounted controls. Other controls on the steering wheel include cruise control and the engine auto stop-start function.

Jeep has retained some of the traditional styling with round AC vents and robust-looking controls for the audio system, electric windows and dual zone climate control as well. The all-black leather interior with soft-touch materials add to the premium experience. Safety features include ABS with EBD, rear parking sensors, rear view camera, ESP, traction control and four airbags. The Jeep Wrangler does not have any direct rivals at this price point.