2019 Renault Duster Facelift: This Is It! 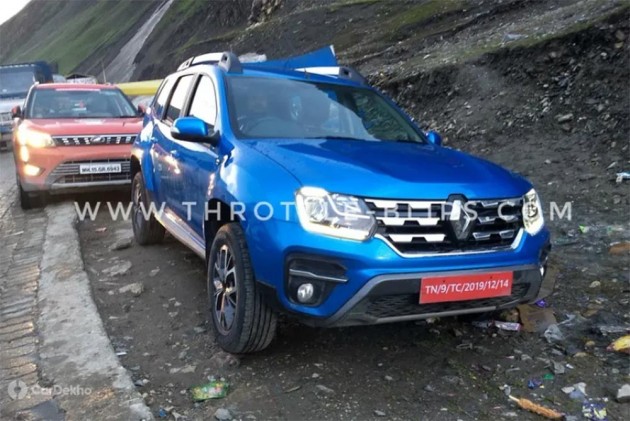 2019 Duster will get slightly refreshed exterior.

The Renault Duster will be getting another facelift in 2019 with updates that would make it compliant with the latest safety norms. While it has been spotted before in camouflage, this is the first time it’s been seen fully uncovered with the reworked front and rear ends, and in a new blue exterior colour option.

The updates to the front end include a slightly redesigned bonnet with the company badge on the grille cutting into it. The new grille has a lot more chrome on it with a three-tier design instead of the chrome strips down the middle as seen on the current model. It also has updated headlamps, which now packs projectors with LED DRLs, and a redesigned front bumper with larger fog lamp housings too. 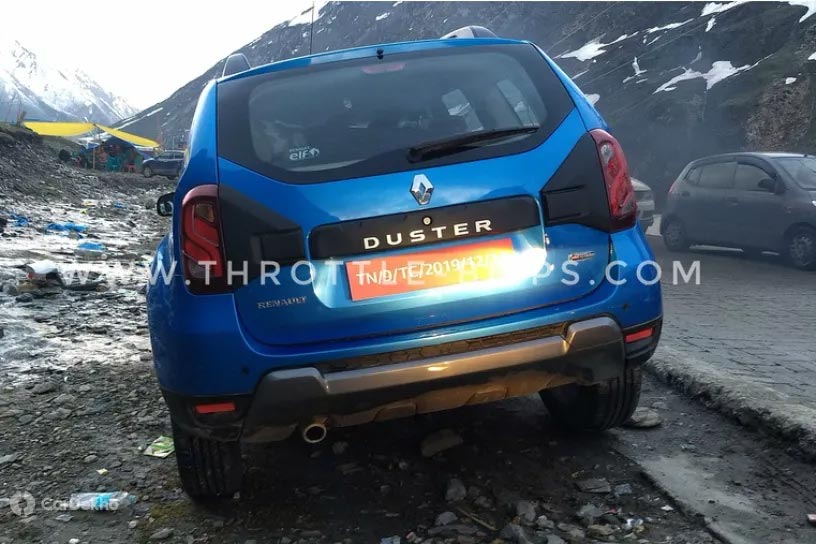 At the rear, it gets a new black cladding on the tailgate. It can also be seen sporting new, dual-tone machine-finished 16-inch alloys with a different design. 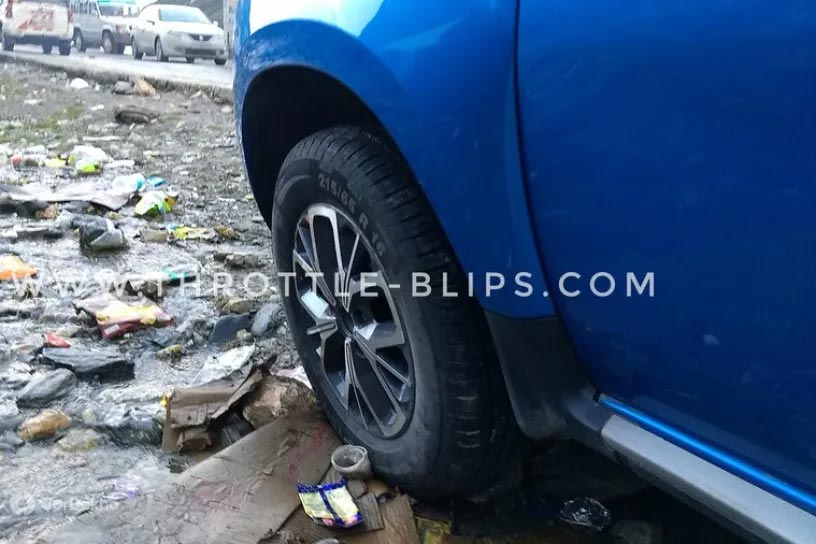 A peek into the cabin reveals plenty more updates to the Duster facelift. It gets a new steering wheel (borrowed from the Nissan Kicks and second-gen Duster) to replace the outdated, chunky unit offered in the current version. The dashboard layout has been redesigned as well, featuring fewer storage decks on top. There’s also a blue insert on the co-passenger side of the dash. It now looks more streamlined than the previous design. 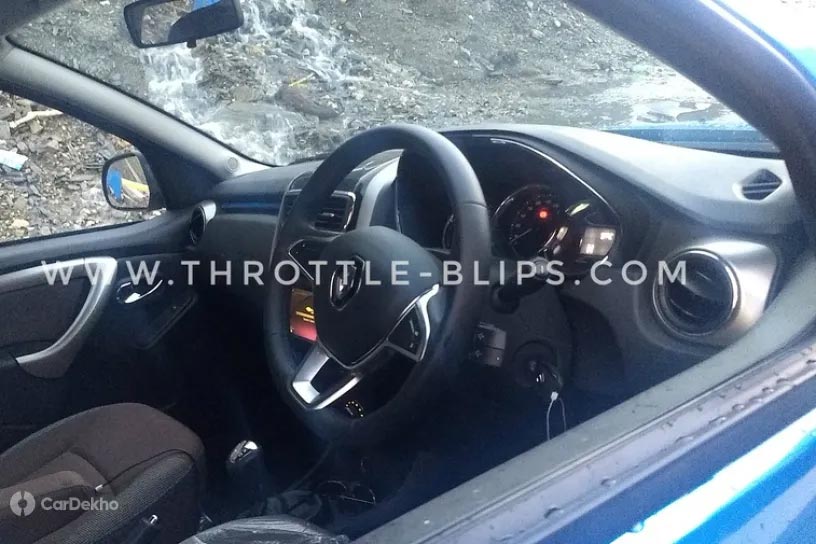 The central AC vents are now more rectangular in design instead of the round vents seen on each corner, all of which get a metal finish not seen on the current model. It even gets tweeters on the A-pillar. The Duster sold in India currently gets a 4-speaker system. The instrument cluster and infotainment system seem unchanged however. Moreover, the infotainment system is still positioned low on the central console, which seems like a missed opportunity for improved ergonomics. 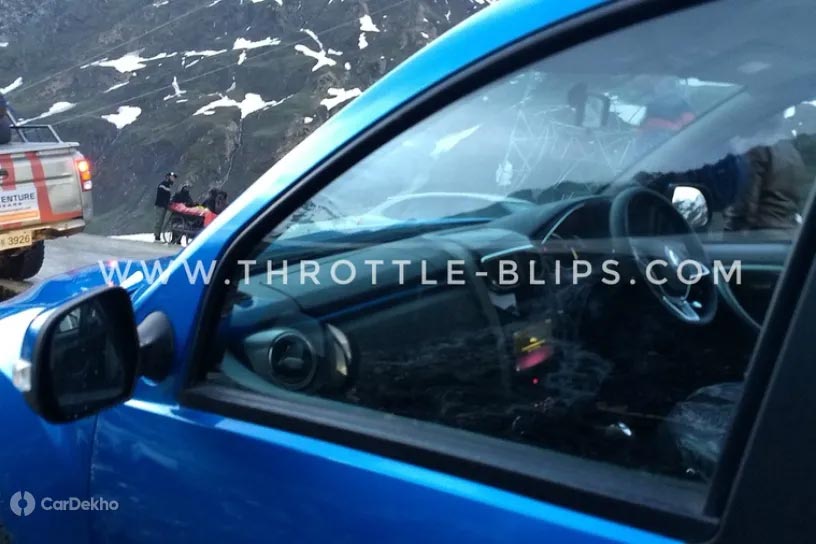 The lost of safety features also needed an update and with this facelift, it should offer dual front airbags, front seatbelt reminders, rear parking sensors and speed warning as standard, all of which are not offered on the entry-spec RXE variant. Moreover, the upcoming Triber is expected to pack up to four airbags, so Renault might also offer the same with the Duster since the former will be priced lower than the compact SUV. 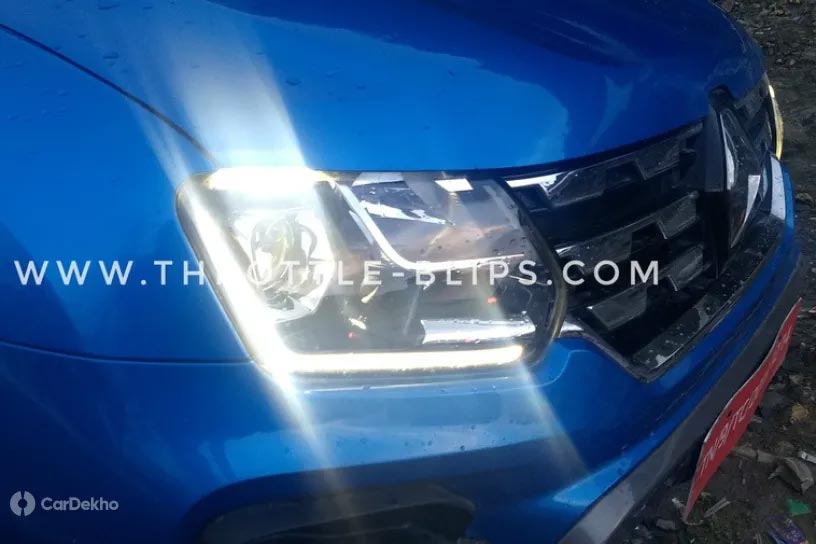 With Renault planning to launch the updated Duster in the coming months, its 1.5-litre petrol and diesel engines are expected to adhere to BS6 emission norms. Both the engines get manual and automatic transmission options. The diesel unit is offered in two versions with different outputs, one of which makes 85PS of power and 200Nm while mated to a 5-speed manual. The other puts out 110PS of power and 245Nm of torque and is offered with a 6-speed manual or an AMT, as well as an AWD variant too. Meanwhile, the petrol engine produces 106PS of power and 142Nm of torque, and is available with a choice of a 5-speed manual or a CVT. 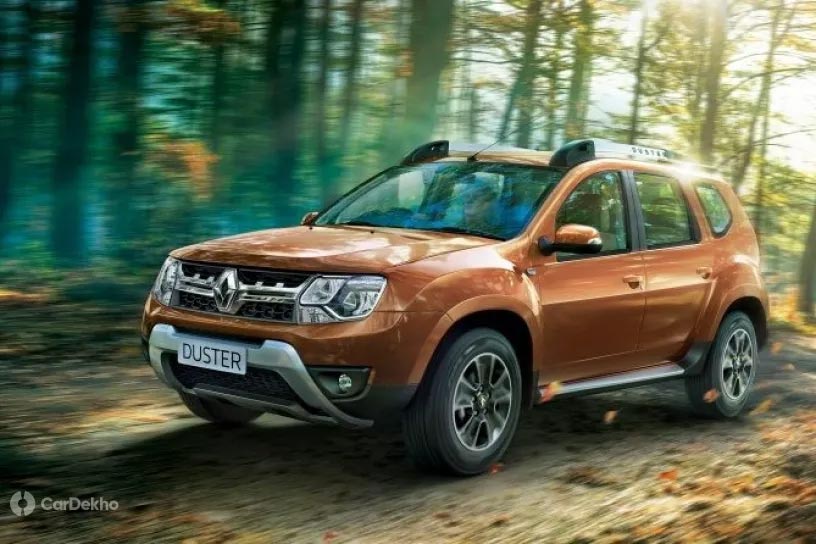 The current Duster is priced between between Rs 8 lakh to Rs 13.1 lakh (ex-showroom Delhi) and the facelift is likely to command a slight premium given that the engines are expected to be BS6 compliant. With Renault planning to launch yet another major update for the existing first-gen Duster, which was launched in 2012, it seems like the second-gen model is unlikely to make it to our country anytime soon. The second-gen Duster went on sale in Europe and Middle East markets last year.