Set to be positioned below the Duster, the Triber will rival the likes of Maruti Suzuki Baleno, Hyundai i20 and Honda Jazz 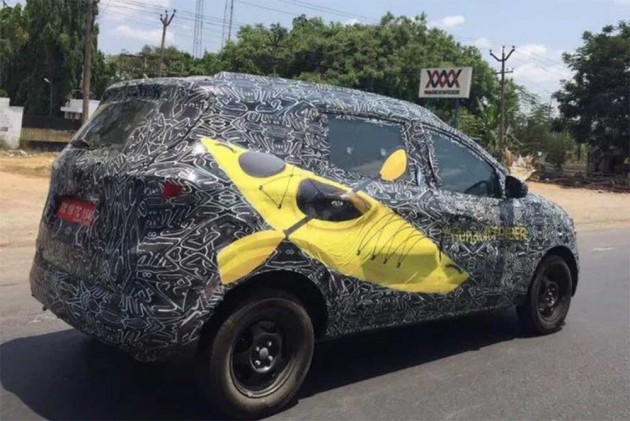 The upcoming Renault Triber was recently spotted testing again with heavy camouflage, indicating a forthcoming launch. The proportions of the car are now overtly perceivable, along with some exterior features. The spied vehicle can also be seen wearing the product name along with decals of a kayak and a surfboard, depicting Renault’s modular approach with the upcoming car. Read on to find more about the upcoming Triber. 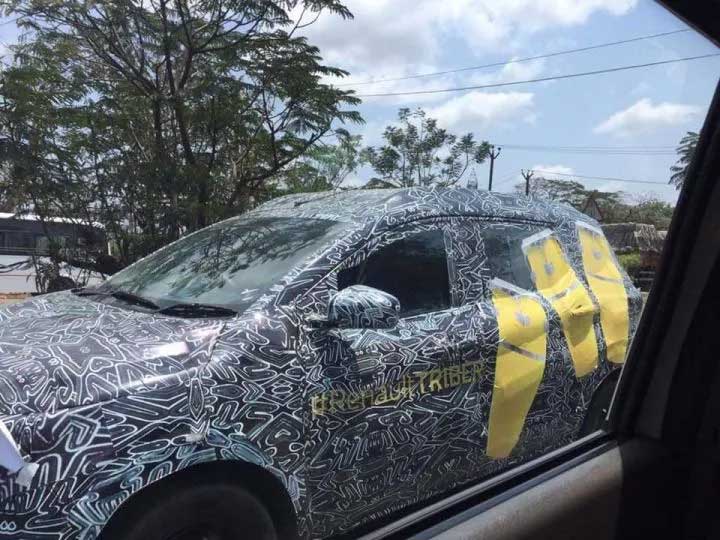 Easily interpretable from the spy images are the overall proportions of the Triber which looks to play the size card with plenty of room on offer. Also visible are flared wheel arches and possible claddings surrounding them. Roof rails can also be seen from the spy images, which could possibly be the ones similar on the Duster. It is expected to be based on a heavily modified version of the CMF-A platform that also underpins the Renault Kwid.

As far as powertrains go, information is not lucid yet, but expect the Triber to be powered by Renault-Nissan-Mitsubishi Alliance’s 1.2-litre petrol engine and a new 1.0-litre turbocharged engine as well. Initially, both the engines are expected to be offered with a manual gearbox. Expect an automatic option, most likely Renault’s Easy-R 5-speed AMT, in the near future. 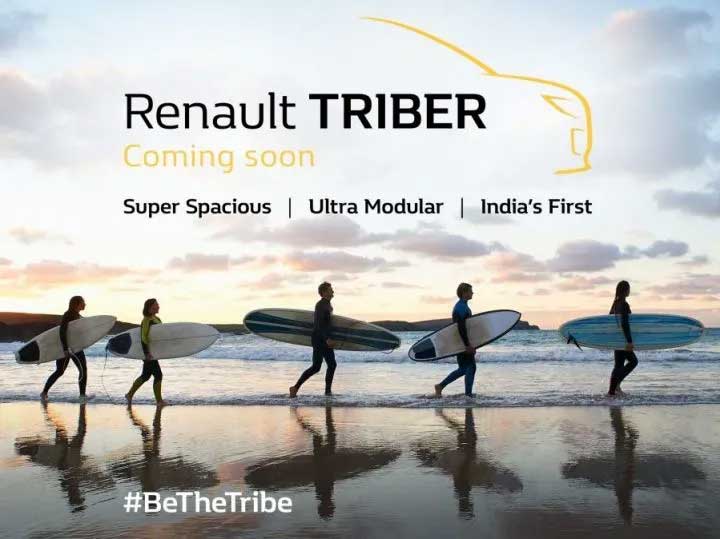 The Triber will slot in below the Renault Duster in India and is expected to go on sale by July 2019. Prices are expected to start from Rs 5 lakh and go up to Rs 7.5 lakh (ex showroom). The competition for the Triber includes the likes of Maruti Suzuki Baleno, Honda Jazz and the Hyundai Elite i20.