The leaked pictures reveal a new single-sided swingarm to handle all that terrain-twisting torque, USDs & more 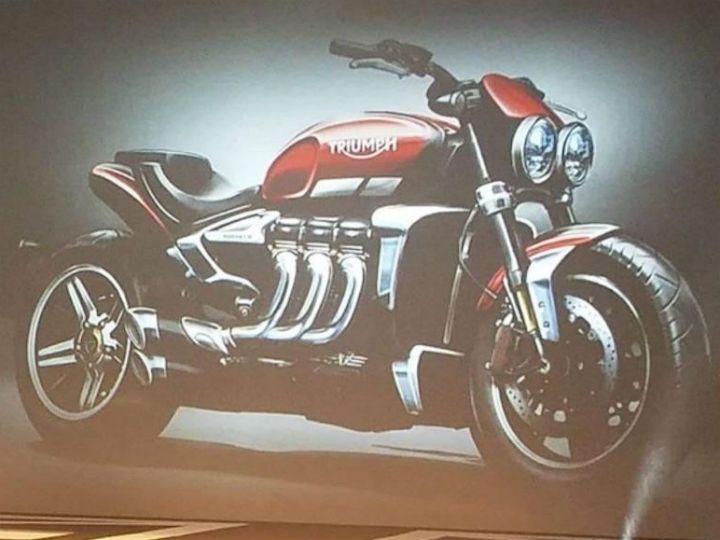 Triumph’s Rocket III is easily one of the most extreme cruisers to have ever graced the global motorcycle market. It packed the world’s largest (2.3-litre inline 3) production motorcycle engine delivering a massive 221Nm of torque at a ridiculously low 2750rpm! These staggering stats alone were enough to make this motorcycle one of the most sought-after ones by power-hungry enthusiasts. However, the Rocket III’s engine failed to comply with Euro IV emission norms, and was hence taken off many markets including India. However, now doubts about its seemingly uncertain future have been allayed as pictures of the next-gen bike have leaked online, reportedly from a dealer meet.

Going by the leaked pictures, the motorcycle sports a significantly different design than its predecessor, and looks a lot more like a muscle bike than a traditional cruiser. The handlebars are flatter and wider for better flickability. Even the rake angle appears to be sharper than the previous-gen bike. The frame and the subframe appear to be brand new too. There’s a new single-sided swingarm, and the exhaust seems to be single-sided too, complementing the asymmetry. Expect it to retain the shaft drive as only that can physically handle such twisting force easily. The new-gen Rocket III gets better braking power too, in the form of radial calipers on twin front discs, instead of the sliding ones on the outgoing model. 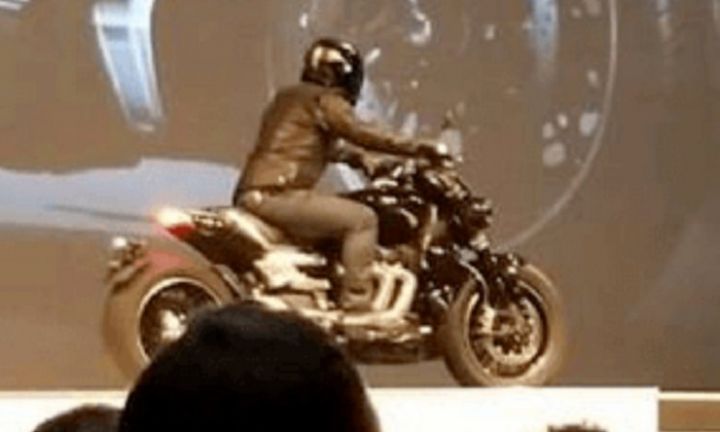 Expect Triumph to equip it with a host of electronic features like traction control, wheelie control, rider modes and the likes. The motorcycle is likely to debut at the 2019 EICMA, followed by its international launch later. Stay tuned for more updates!