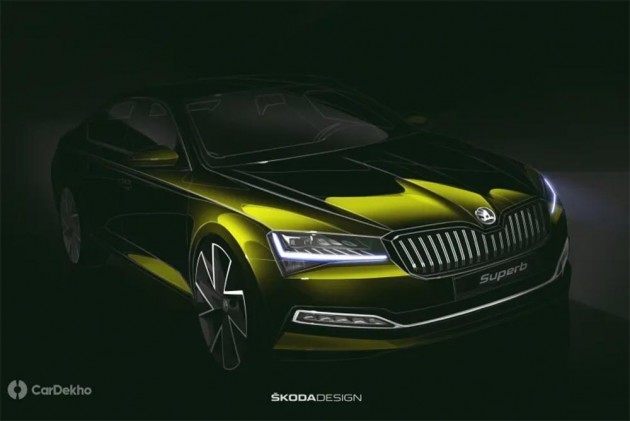 Skoda has previewed the Superb facelift which is set to make its global debut later this month. Expected to go on sale in India later this year, the model shown in the picture looks largely similar to the outgoing model, albeit with minor tweaks.

The changes include updated headlamps with LED units as well as a revised front bumper. The fog lamps are now sleeker and housed within a chrome surround which runs through the entire width of the car. While the shape and size of the front grille look unchanged, the chrome surround looks bulkier than the one seen on the current model. 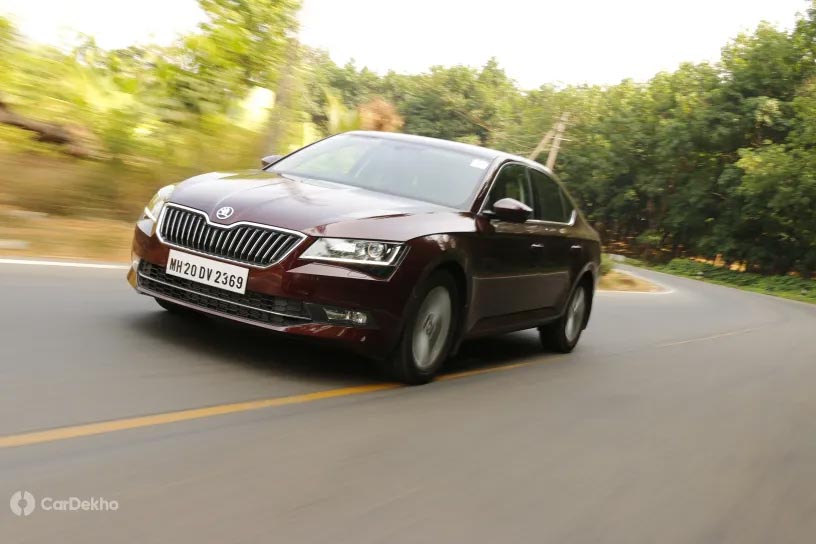 Skoda has not revealed the side and the rear profile of the upcoming sedan yet. However, thanks to some spy shots, we have an idea of how the new sedan will look. Since it is a facelift, the side profile is likely to remain identical to the outgoing model. However, the Superb facelift could feature a new set of alloys. The only changes visible at the rear end on the test mule are reworked tail lamps, which look a touch wider than the units seen on the current model. 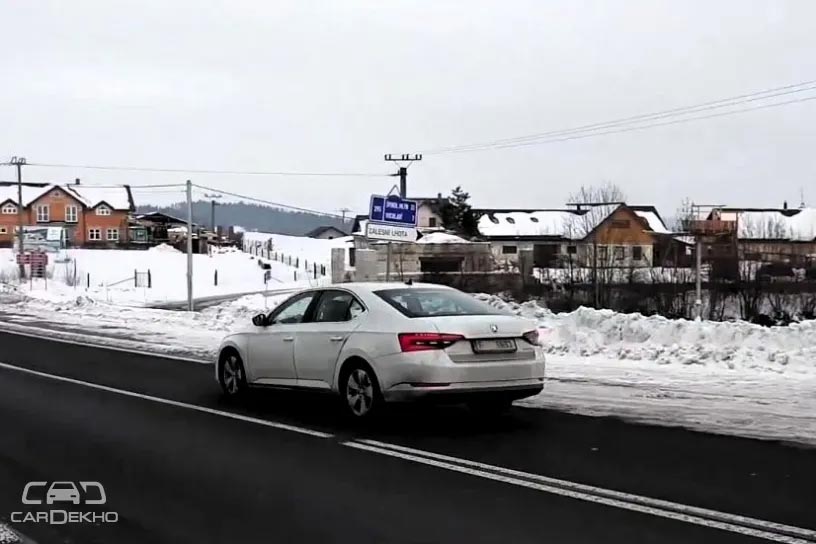 The interior of the 2019 Superb facelift is expected to be identical to the current sedan. That said, it is likely to be better equipped and feature an all-digital virtual cockpit instrument cluster and a 360-degree camera. 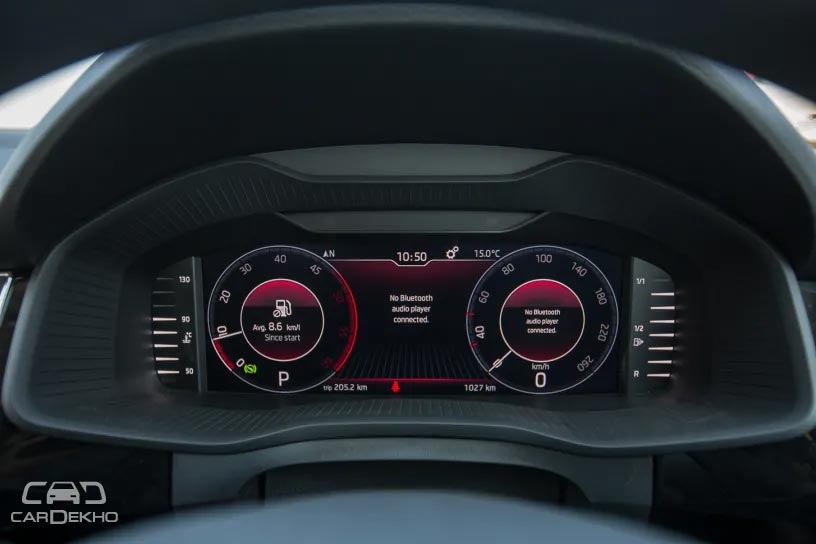 The Superb is available with both petrol and diesel engines. These include a 2.0-litre diesel engine that generates 177PS of power and 350Nm of torque, mated to a 6-speed automatic, and a 1.8-litre petrol unit in two states of tune depending on the transmission. The higher spec version puts out 180PS and 320Nm and comes mated to a 6-speed manual whereas the lower-spec version puts out 180PS and 250Nm and comes with a 7-speed DSG (dual-clutch automatic). While the Superb facelift’s diesel engine will be similar to the one offered currently, it could get an all-new petrol engine.

Since Skoda is expected to launch the new Superb later this year, both engines are expected to adhere to BS6 emission norms. With the facelift, Skoda will also introduce a plug-in hybrid variant of the Superb in the global market. However, it is not expected to make its way to the Indian market.

As far as prices are concerned, it is expected to attract a slight premium over the current model, which is priced from Rs 26 lakh to Rs 33.5 lakh (ex-showroom pan-India). It will continue to rival the likes of the Toyota Camry Hybrid, Honda Accord Hybrid and the Volkswagen Passat.