Flagship sedan expected to be launched in early 2019 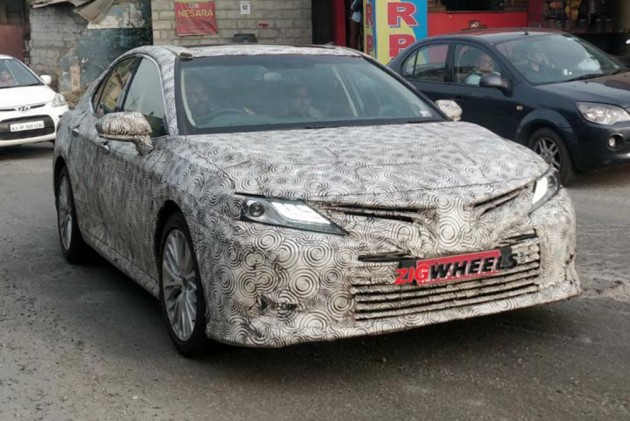 The next-gen, all-new Toyota Camry has been spied testing a few days after the previous-gen car was discontinued. The car spied testing in Bangalore is completely wrapped in camouflage but is clearly based on the cars sold in Japan and Europe. The new Camry is expected to be launched in India as early as January 2019. 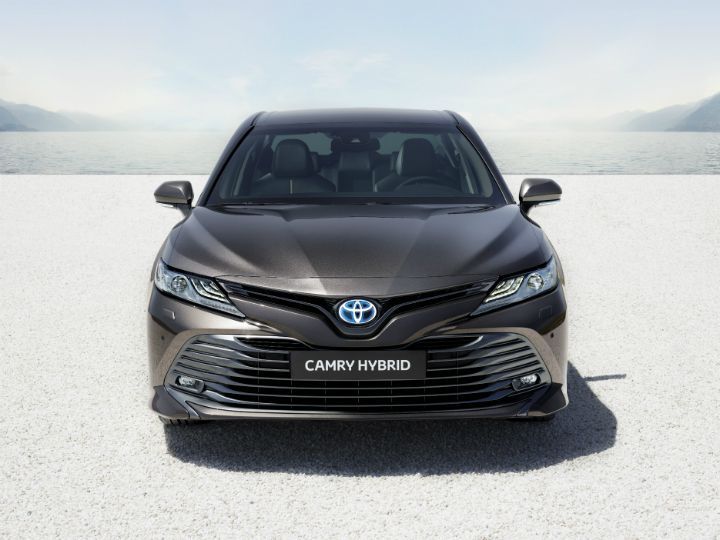 The eight-generation Camry is based on the company’s new GA-K platform which also underpins the Lexus ES 300 h. The new Camry is 29mm longer, 14mm wider, has a 49mm longer wheelbase. However, it is 35mm lower than the outgoing model.

The Camry has been becoming more and more stylish with each generation, with the upcoming one being potentially polarising. The front fascia with the huge grille with multiple flowing horizontal slats may be especially jarring to look at for some. The rest of the car is less aggressive but still emotive. 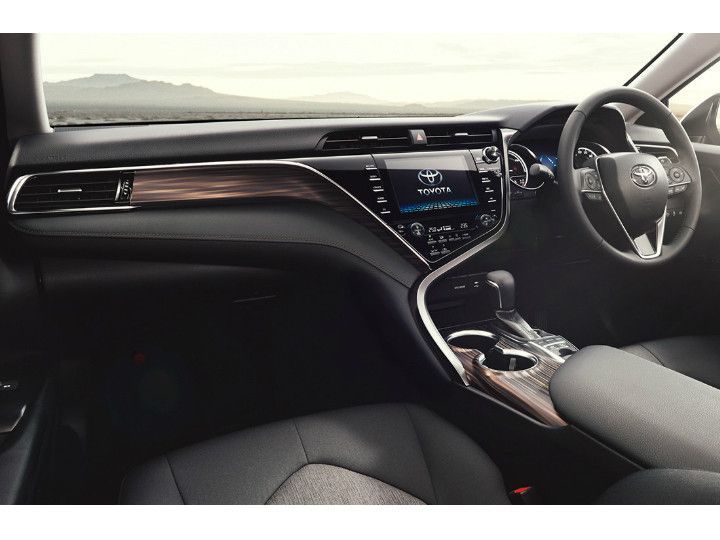 It is as expressive on the inside as the outside, especially in the way the dashboard has been designed. Toyota’s ‘Human Machine Interface’ consists of an 8-inch touchscreen infotainment display, a 7-inch instrument cluster and a 10-inch head-up display.

Toyota is expected to offer the Camry with the popular hybrid drivetrain at launch. The drivetrain includes a 2.5-litre, 4-cylinder petrol engine paired to an electric motor driving the front wheels. Though it may sound familiar, this setup has been improved for both efficiency and driving pleasure, with Toyota claiming better fuel-efficiency numbers and a sportier driving character (if so chosen via drive modes) than before. 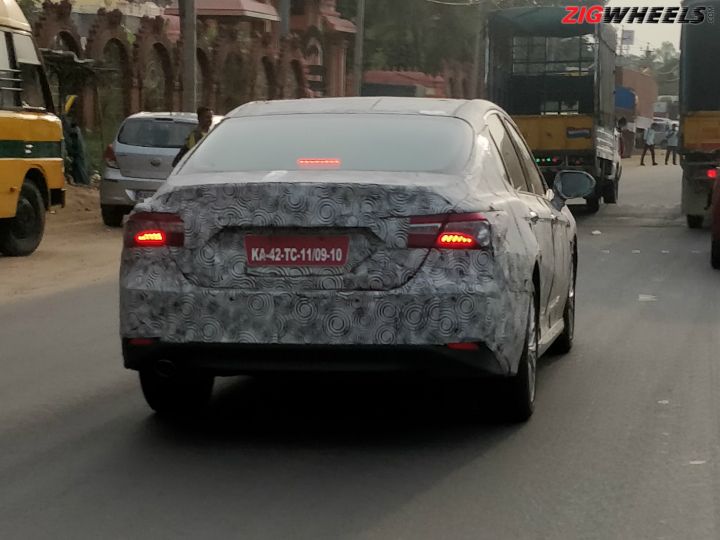 The new Toyota Camry Hybrid is expected to be priced at a slight premium over the model it replaces, which cost Rs 37.22 lakh (ex-showroom Delhi). Direct competition is limited to the Honda Accord Hybrid, though the Skoda Superb and the Volkswagen Passat are similarly sized sedans.