TVS’ flagship model, the RR 310, has received an update. So it’s time for us to put it under the microscope to see what’s changed and what’s not 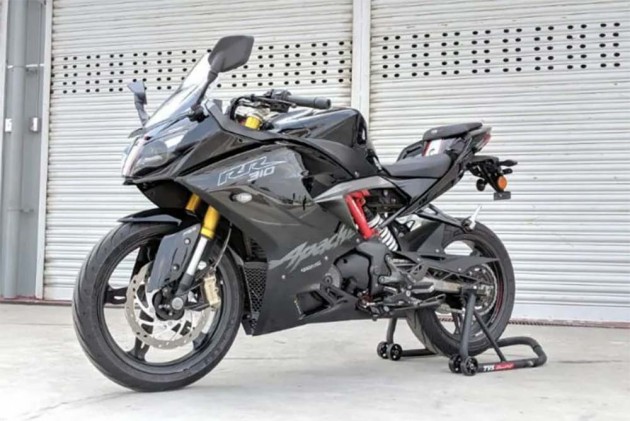 TVS has launched the 2019 RR 310 in India at Rs 2.27 lakh (ex-showroom Delhi), which makes it Rs 2,562 more expensive than the previous model. The 2019 model has received a new paint option called Phantom Black, which replaces the previous matte black option. Even though you don’t have a lot of colour options to choose from, the RR 310 still is one of the most striking fully-faired 300cc motorcycles in India. Here’s a detailed image gallery of the 2019 Apache RR 310 describing what’s new and what’s not. 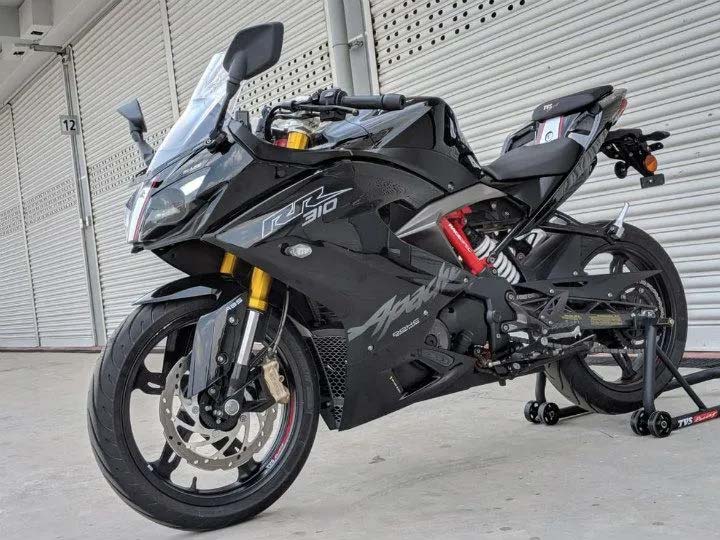 Looks smashing, no? The new glossy black paint looks sensational compared to the matte black paint option which was seen on the previous model. 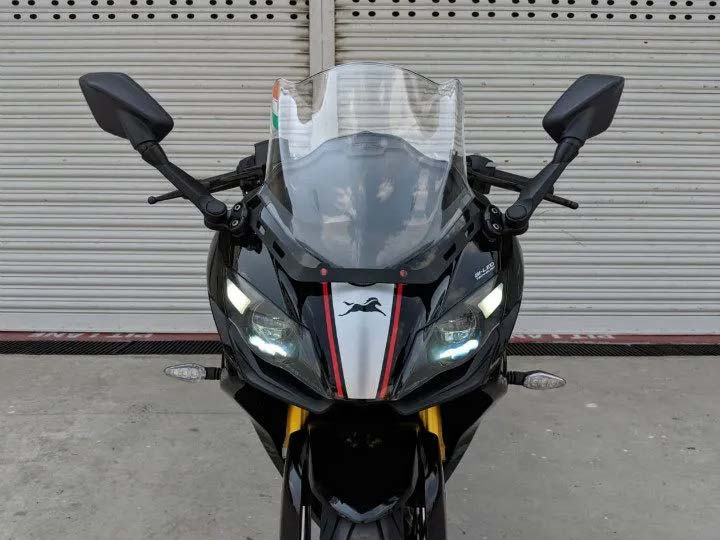 The front remains identical to the older variant. However, the new black paint option comes with a red and white pinstripe at the front, on the fuel tank and near the rear seat. 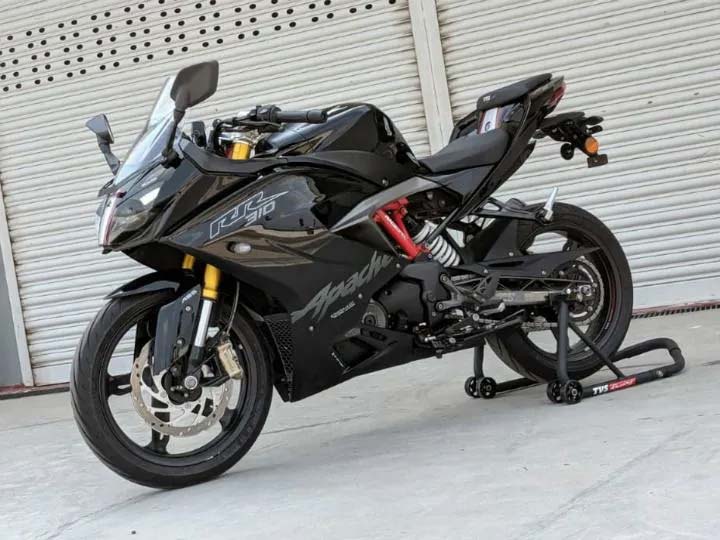 Take a closer look though, and you’ll notice that the ‘35 years of TVS racing’ sticker is now missing. 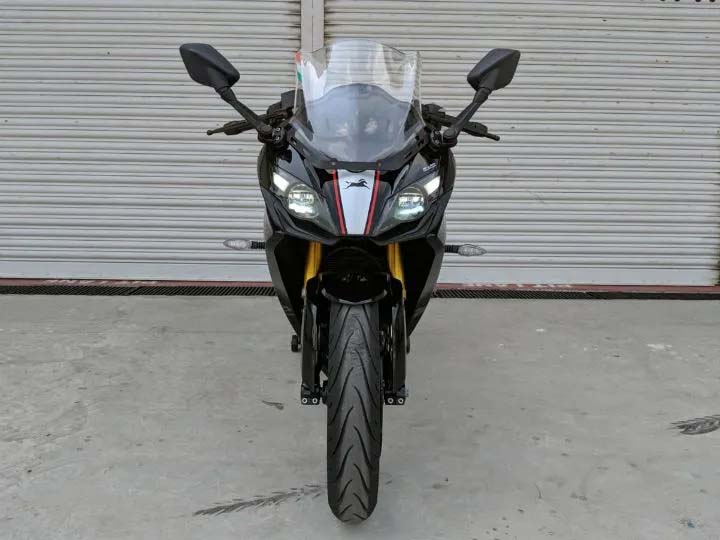 The 2019 Apache RR 310 continues to be equipped with a KYB inverted front fork and a preload adjustable monoshock at the rear. 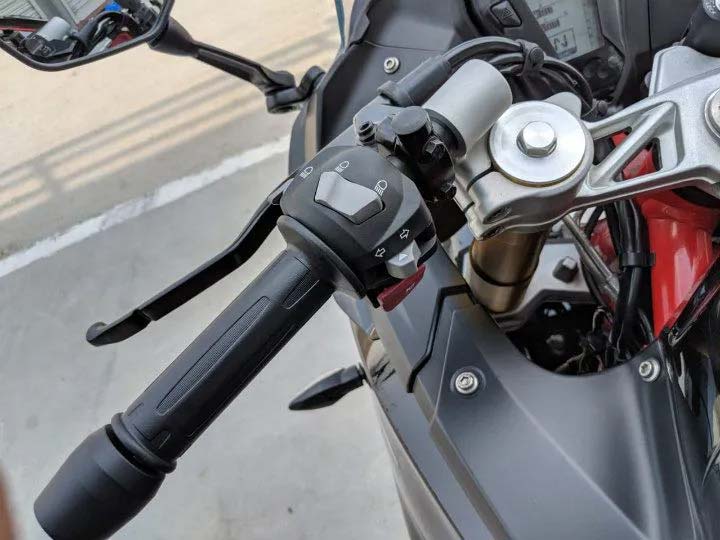 One of the major mechanical changes that the 2019 has received is the addition of a slipper clutch. The company claims that it reduces lever action by 20 per cent. If you own the previous model, then you can retrofit the slipper clutch to your bike for a sum of Rs 3,950. 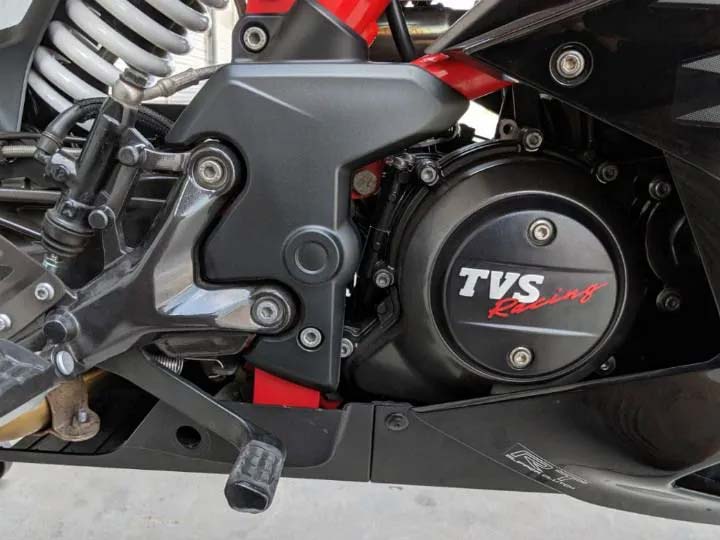 The engine remains the same 312.2cc unit as the previous model and produces 34PS and 27.3Nm of torque. The engine is paired with a 6-speed gearbox. 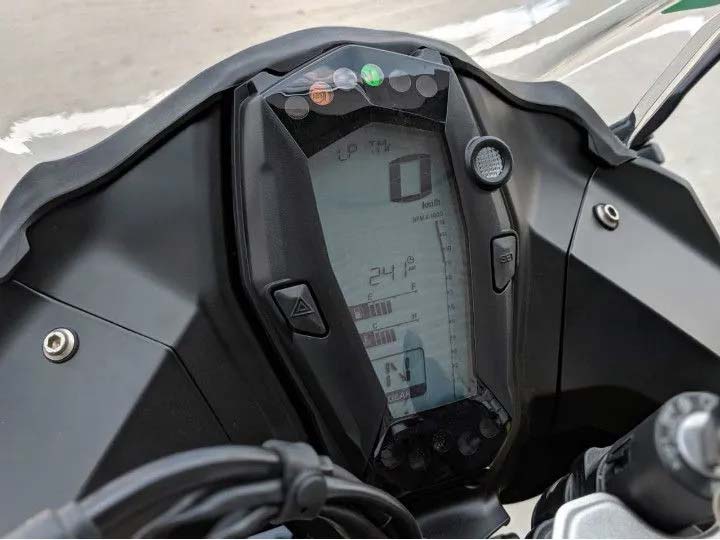 As seen on the previous model, the 2019 model too features a digital instrument cluster that displays useful information such as fuel consumption, lap times and 0-60kmph acceleration time. 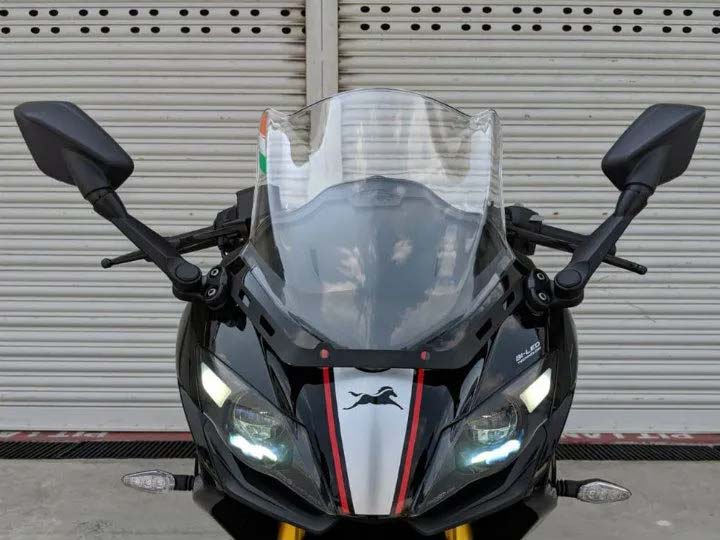 Small details such as the tricolour decal on the windshield and the red-painted side stand mounting bracket can be seen here too. 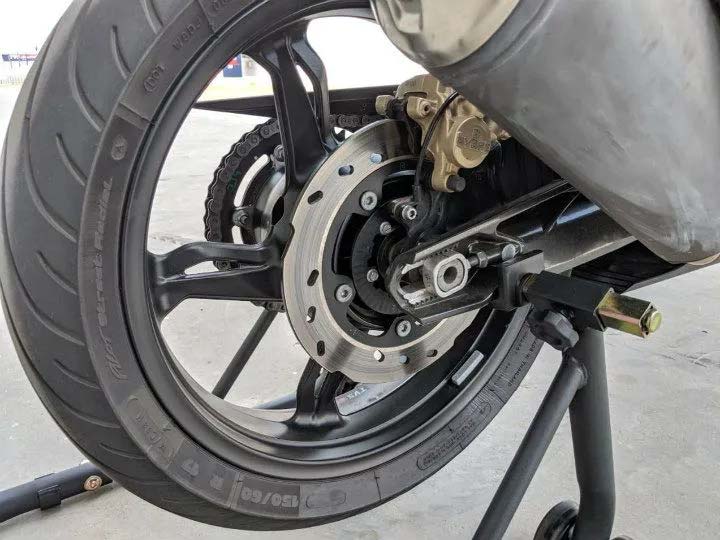