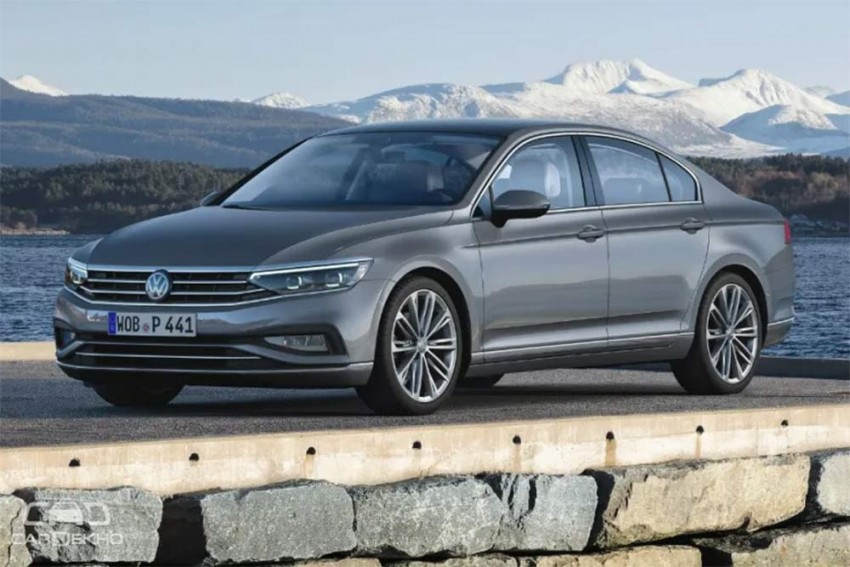 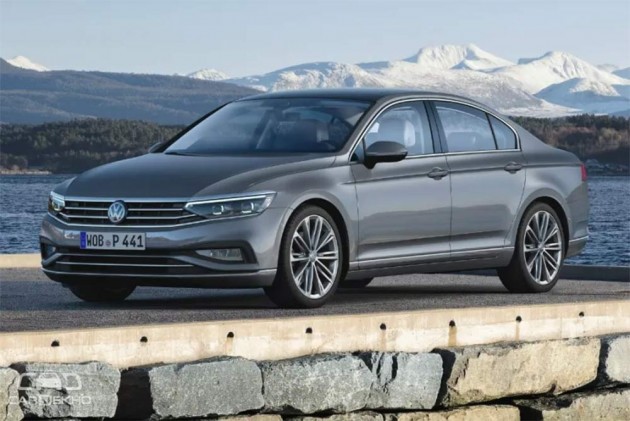 Volkswagen has updated the Passat and revealed its Euro-spec version. It is set to go on sale in Germany, VW’s home market, around August 2019. While it looks quite similar to the outgoing model the Passat is now heavily updated in terms of onboard technology.

The new Passat is now the first VW that offers partially automated driving at cruising speeds. It debuts Travel Assist feature which allows level 2 autonomy for speeds up to 210kmph. The system works in tandem with adaptive cruise control and lane keep assist to make long highway drives less tiring. 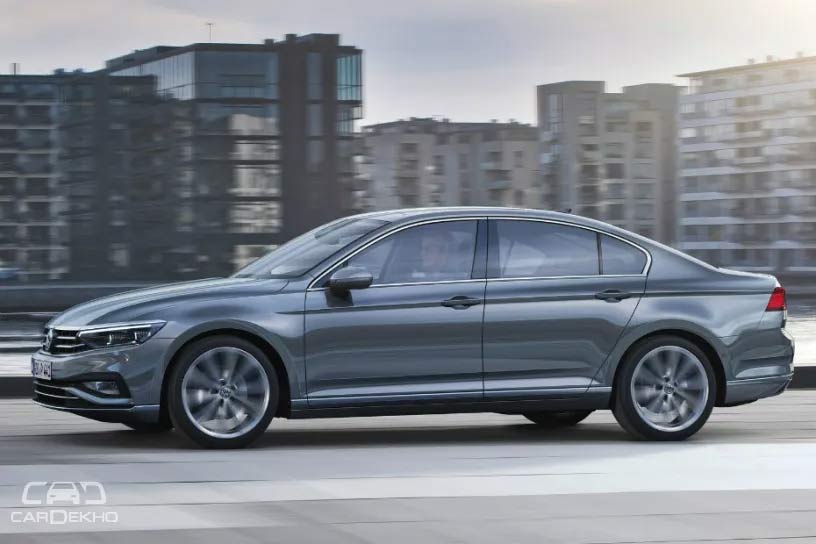 The suite of driving assistance systems from Volkswagen -- which also includes lane change assist, lane keeping assist, emergency steering assist, park assist and trailer manoeuvering assist -- is now clubbed under ‘IQ.DRIVE.’ Another new feature on the 2019 Passat will be IQ.LIGHT, which uses LED matrix headlights with multi-function LED clusters for DRLs and turn indicators with their “wiping” effect. 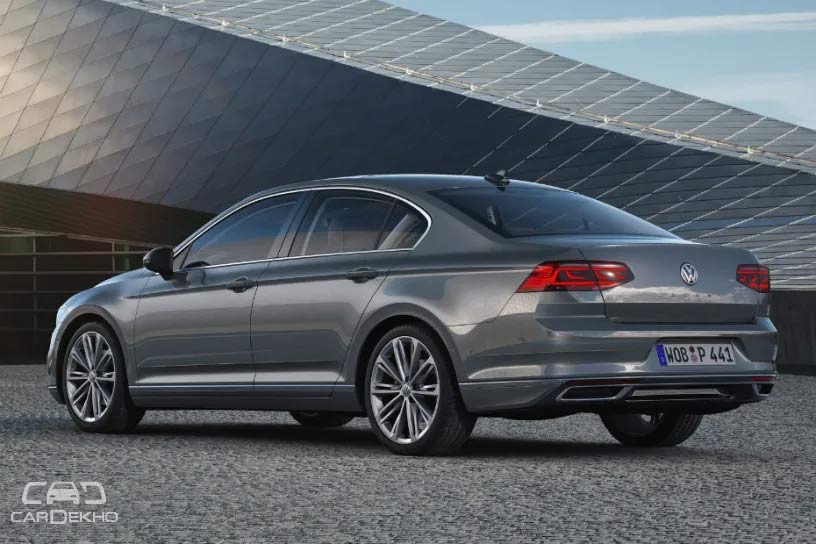 Even without the matrix, LEDs are standard for the lights on the new Passat, which also features refreshed taillamps. The trunk lid will now have the Passat model name lettering centrally aligned as a way to identify the new 2019 model from the rear as the bumper style update is easy to miss. Up front, along with new headlamps it also gets a slightly tweaked front bumper and radiator grille.

Inside the 2019 Passat you will notice the digital driver’s instrument cluster with a wider variety of functions and information on the enhanced 11.7-inch digital cockpit display unit. It is linked to the latest generation VW Modular Infotainment Matrix system (MIB3) with an integrated SIM card. The central console can be equipped with an optional wireless charging pad next to the USB ports. A key highlight of the MIB3 system is that it allows the Passat to always be online for access to a network of services without a paired smartphone. If you do want to connect your smartphone, Apple users can wireless connect to Apple CarPlay via Bluetooth. It also has its own ‘digital butler’ which can be summoned to attention by the phrase “Hello Volkswagen” for voice commands to operate navigation, telephone and radio. 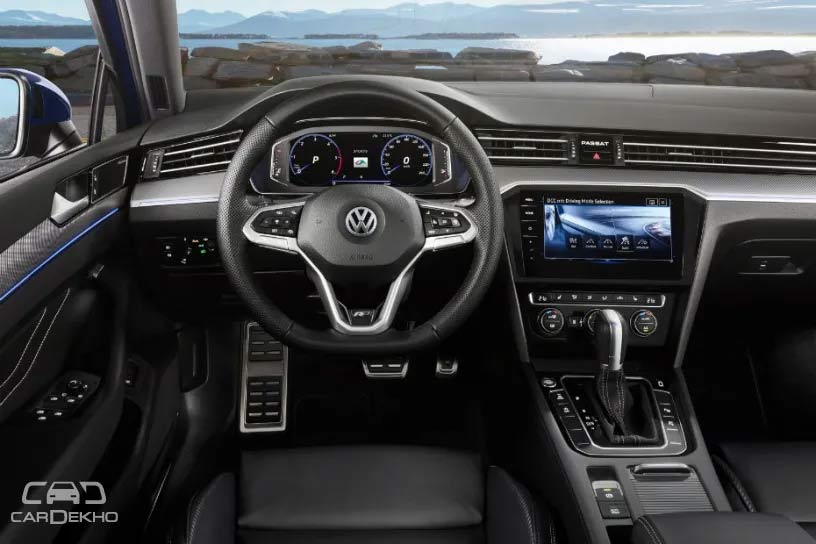 Another clever tech update on the new Passat is the mobile key feature, which essentially allows owners to use their smartphone as the key for their car. This will be accomplished with the We Connect interface and app to set up the mobile key, after which placing the phone near the door handle can unlock it. To start the engine, the phone will have to be kept in the compartment in front of the gear selector. It also makes car sharing easier as the mobile key can be sent to friends or family so they can use the Passat too even if the regular keys aren’t at hand.

The final notable change in the 2019 Volkswagen Passat pertains to the GTE plug-in hybrid variant which now has an all-electric range of 55 kilometres (WLTP cycle). The GTE uses an electric motor and a 1.4-litre TSI engine for a combined output of 218PS. 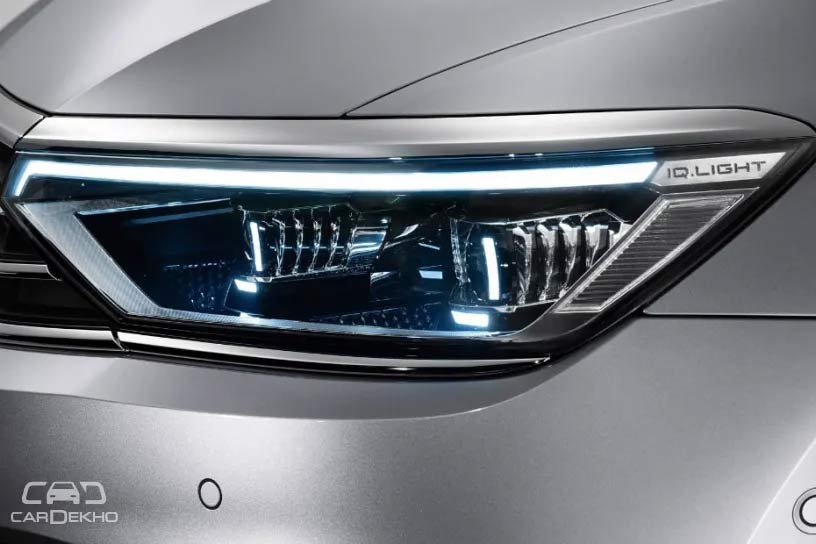 Currently, in India, the Volkswagen Passat that was launched in late 2017 is available only with the 2.0-litre diesel engine (177PS) and is priced between Rs 25.99 lakh and Rs 33.2 lakh (ex-showroom). If the new Passat comes to India, it would certainly get the BSVI diesel engine. However, most of the tech updates are unlikely to be on offer here as they are not compatible or viable in our traffic conditions. What VW can offer in the updated Passat are the minor cosmetic tweaks to the exterior along with an updated infotainment system, wireless charging and the new digital cockpit.