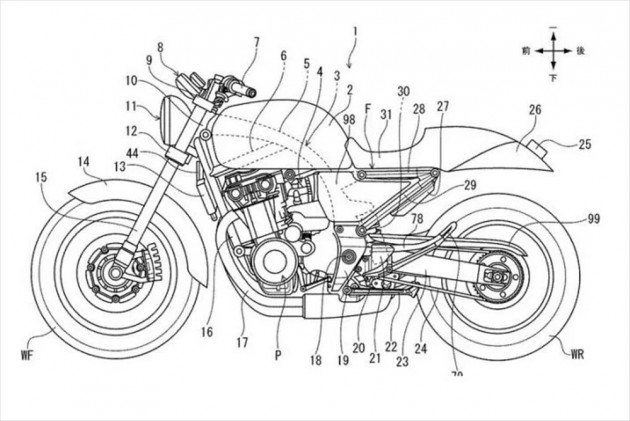 Honda seems to be working on improving its Japanese Domestic Market (JDM) product, the CB400 Super Four. New patent images that have surfaced online suggest that the next gen bike will go down the cafe racer route. With the suffix ‘Super Four’ giving away what sort of an engine the bike is packing, the new CB400 is undergoing some dramatic changes to suit the new style.

The big difference in the patents suggest the use of a new chassis which will use the inline-four motor as a stressed member. There are no downtube members, which the current model uses. Instead it makes do with a steel backbone joined by two aluminium side plates at the swingarm pivot. While the swingarm does look similar to the older-spec motorcycle, it now features a monoshock. It gets a bolted-on subframe, which is believed to be made out of aluminium. All these additions should help the CB400 in shedding some flab. 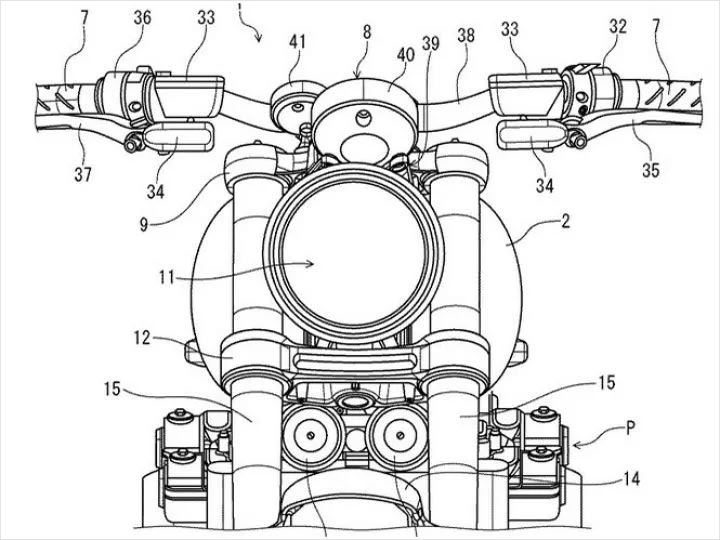 Whether this CB400 SF gets a Bol d’Or version (a faired sibling of the SF) or not is yet to be known. What is known from the patents is that the bike gets a round fuel tank with a sleek and sharp tail unit, styling mostly reminiscent of cafe racers. Although it does not get clip-on bars, the straight handlebar does not appear to be too wide. We also expect the next generation CB400 to be equipped with LED headlight and semi-digital console. Although the rest of the mechanical bits are unknown, the patent shows the presence of radial brake calipers acting on the front wheel.

Currently, the inline-four engine found on the current model makes 56PS and 39Nm of torque. We do not think that the power figures will change, but what could be altered is the engine tuning to suit the bike’s neo retro vibe.

Given that this is likely to be a JDM model once again, we might see this take form at this year’s Tokyo Motor Show. Will it be coming to India? Well, we really doubt that.