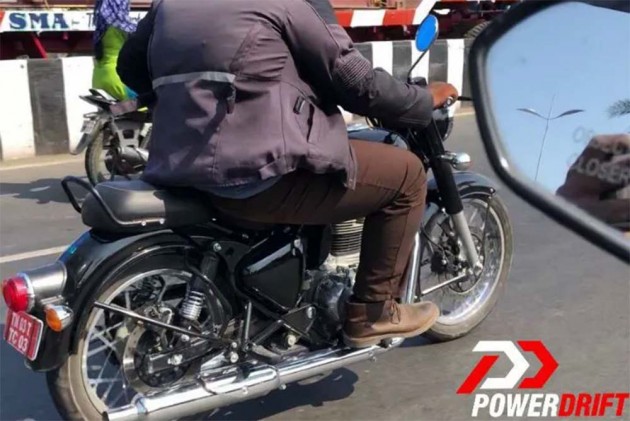 While we were gearing up for the launch of the new Royal Enfield Bullet Trials 350 and the Bullet Trials 500 today, a new Royal Enfield motorcycle has been spotted testing. From the looks of it, the new bike spotted is likely to be the 2020 Classic 350 or the Classic 500. More so because it’s no secret that RE has been working hard towards developing the next generation of its bread and butter offering. And from the looks we can safely say that it's an all-new motorcycle and not just an update. The biggest change on the new Classic 350 and Classic 500 will be a new motor. The existing UCE engine wouldn't be able to meet the upcoming BSVI emission norms, which will come into effect from April, 2020.

Speaking of which, we expect the new motor to be an all-new unit as the engine fins and crankcase is completely different. Although, RE engineers might use some components from the Royal Enfield Himalayan’s 411cc single-cylinder engine which can be upgraded to BSVI. We aren't sure whether Royal Enfield will stick to the same 346cc displacement and it's likely the new engine will have a higher displacement. This should result the in more power and we expect the new engine to be much more refined than the current powerplant. In the spy shot, we can see that the chain drive is on the left-hand side and the engine fins look different, which confirms that it’s a new motor, which will be fuel-injected as well. The kick lever is also missing on the upcoming bike. 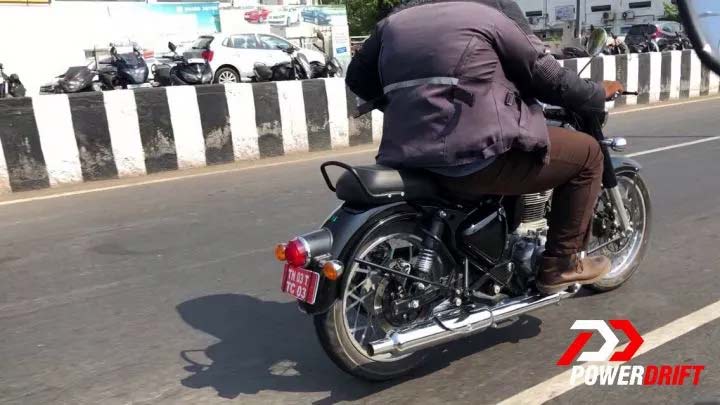 Another major difference is the redesigned chassis and swingarm on the upcoming motorcycle. Even the gas charged rear shocks have been replaced with conventional units and the bike receives disc brakes on both ends with dual-channel ABS. THe new motorcycle continues to use telescopic forks and spoke wheels as seen on the existing bike. It would be interesting to see whether RE will offer alloy wheels as an option on the 2020 Classic 350.

On the cosmetic front, Royal Enfield designers have retained the basic design of the Classic, which doesn’t come as a surprise. While the tail light looks like a conventional unit, it’s reported to be an LED unit. This leads us to believe that the new Classic 350 might also get an LED headlight, although we can’t confirm this from the spy shot. Other visual changes that one can spot are the redesigned split seats, new grab rail and shorter muffler. Interestingly, the rider’s seat isn’t sprung like the current-gen model. Another addition could be the inclusion of semi-digital instrument console with a fuel gauge, something a lot of Classic 350 owners complained about. 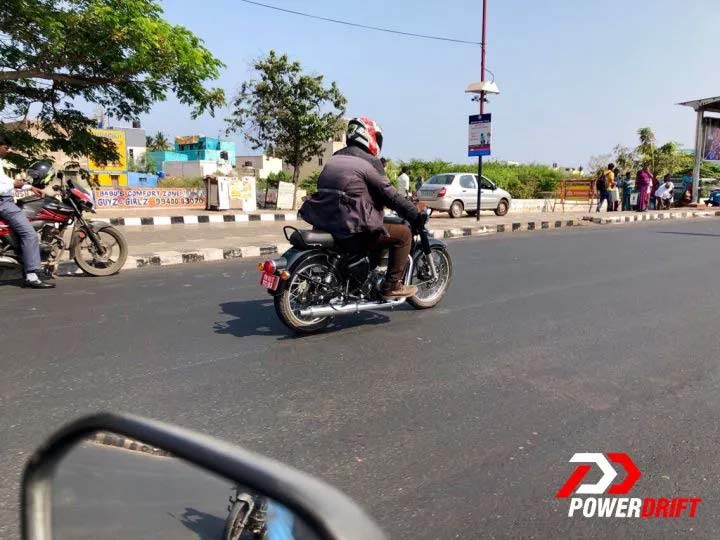 Since this is the first time that the new Classic 350 has been caught testing on Indian roads, we don't expect it to be launched any time before 2020.