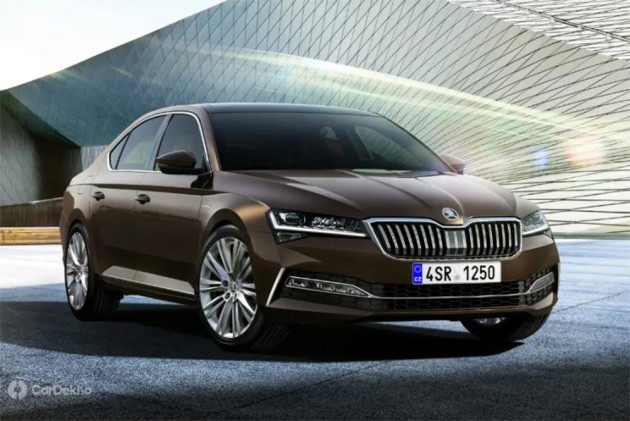 The Skoda Superb has been given a mild facelift with cosmetic tweaks and a plug-in hybrid powertrain, which is a first for the Czech carmaker. It still gets the usual range of petrol and diesel engines as well, with both manual and DSG automatic options. 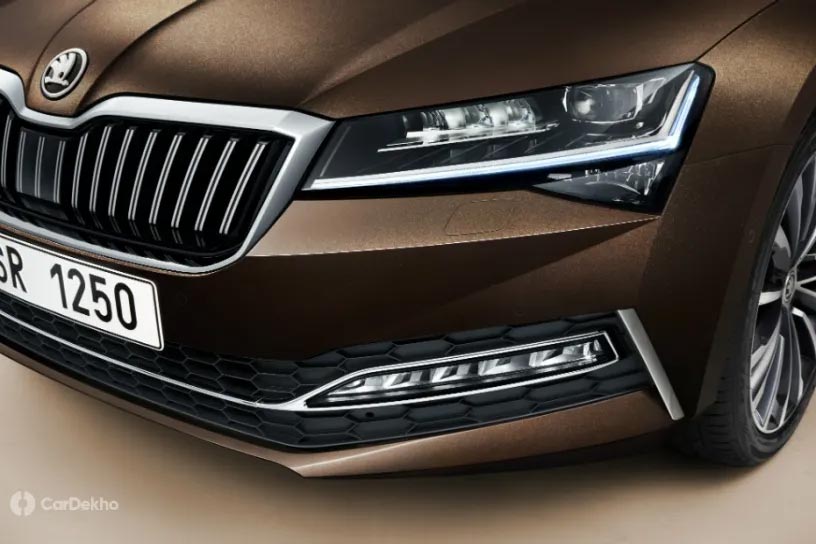 At the front, the new Superb gets new headlights with LED matrix technology for the first time. They are slimmer than before too. It also gets a bigger front grille that spans the entire length between the two headlamps, while the updated front bumper design features LED fog lamps. Around the back, the updates make the new Superb more distinct, starting with the ‘winged arrow’ badge being replaced by ‘SKODA’ lettering on the tailgate. A chrome strip underneath that connects the full-LED taillamps that now include dynamic turn indicators like the ones seen on Audi models. Skoda has also fitted the Superb facelift with new designs for the 18- and 19-inch alloys. 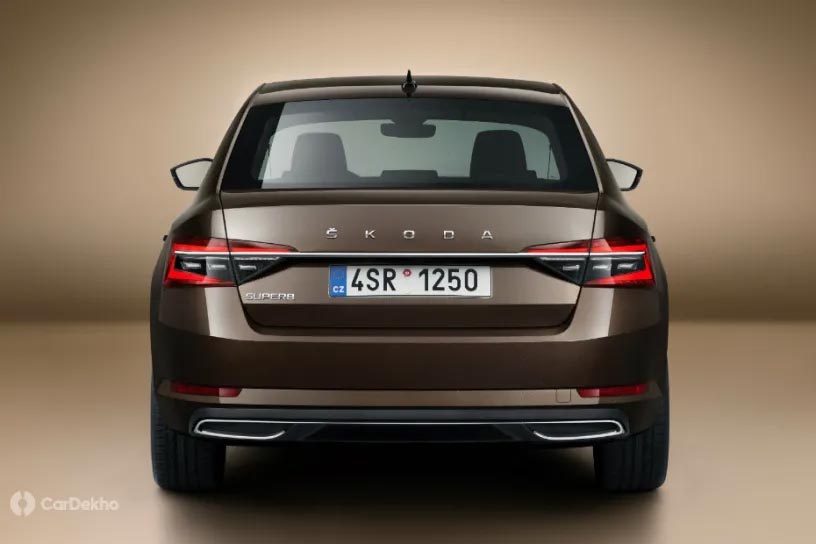 The cabin layout remains unchanged but the new Superb does get some new chrome elements and other decorative trims on the dashboard along with updated upholstery and coloured-stitching. In the top-of-the-line Laurin & Klement spec, it gets an Alcantara headliner in either black or beige that also covers the central pillars. It also gets the new Area View feature that uses four cameras for a 360-degree view of the car to make it easier to park. Along with the usual trims, the new Superb will get a Sportline variant as well. 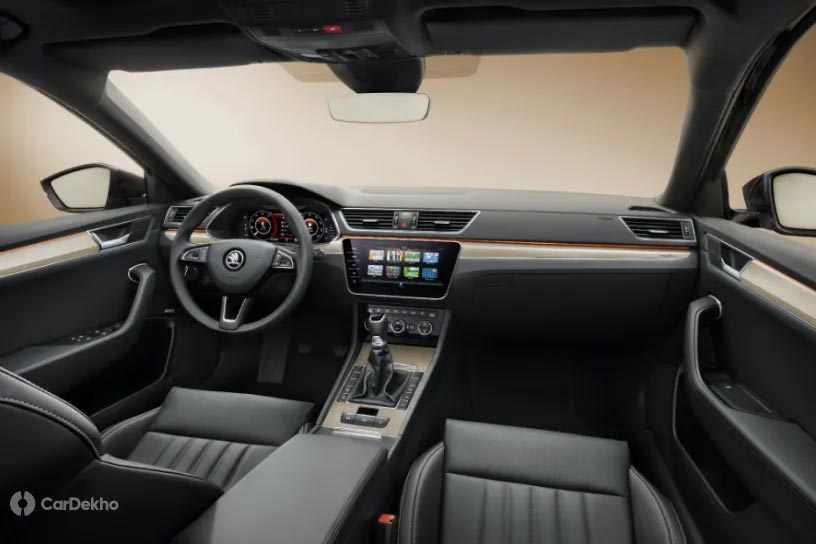 In terms of powertrain options, the international-spec Superb will get three petrol and diesel engines with all-wheel-drive in the top-end, something that is currently not offered on the India-spec Superb. The petrol engine options will be a 150PS 1.5-litre TSI unit with a choice of 6-speed MT or 7-speed DCT while the 2.0-litre TSI unit is only available with the DSG automatic in two power outputs - 190PS and 272PS. Meanwhile, the diesel choices include a 120PS 1.6-litre unit with the DSG and two states of tune for the 2.0-litre unit. The 150PS diesel option is available with both 6-speed MT and DSG while the top-spec 190PS diesel variant is only  with a DSG with the option of AWD too. These powertrains are common to the global-spec Volkswagen Passat but none are the same as offered on the current India-spec Superb. 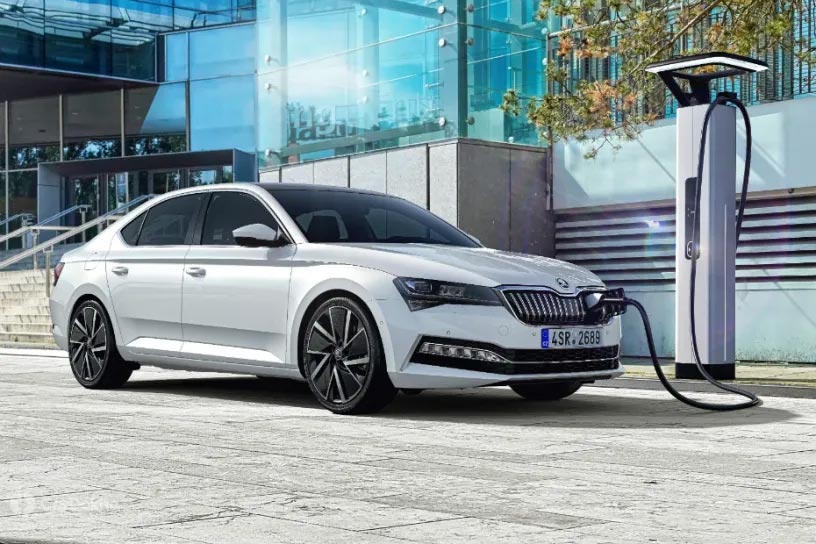 The most noteworthy powertrain option is the new PHEV option that Skoda has badged as the Superb iV. It uses the same setup as the Passat GTE and utilises a 1.4-litre TSI in combination with an electric motor and 13kWh battery which offers upto 55 kilometres of claimed all-electric range. The engine makes 156PS of power while the motor makes 115PS and the combined output is rated at 218PS. It comes mated to a 6-speed DSG automatic. In hybrid mode, the Superb iV has a claimed range of 850 kilometres on a full tank of petrol and a full battery. The only downside is the slight loss of luggage space because of the positioning of the battery pack in the Superb. 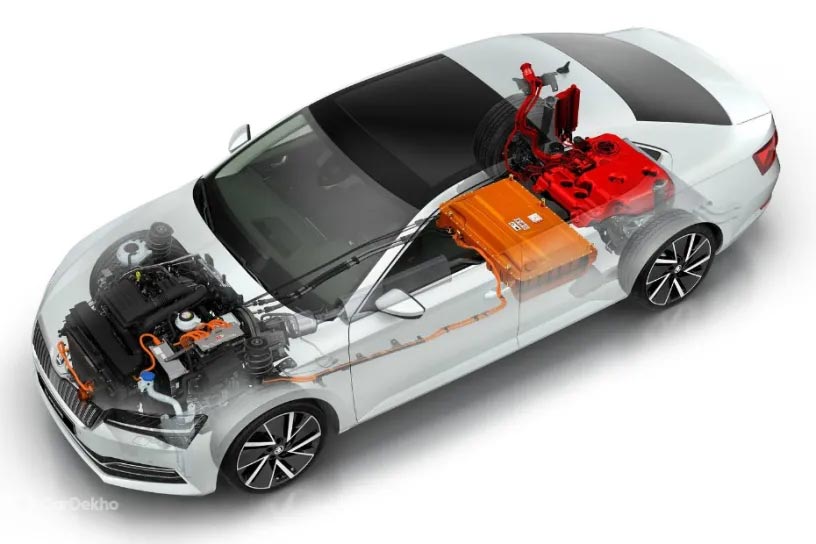 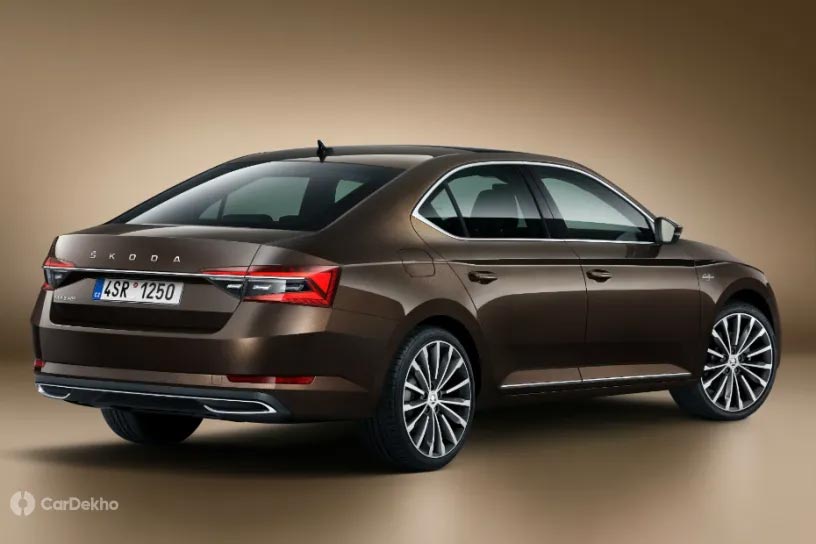 Currently, the Skoda Superb is sold in India with prices ranging between Rs 26 lakh to Rs 33.5 lakh (ex-showroom, Delhi). If Skoda replaces the smaller engines for newer, more powerful turbo-charged engines in the Superb, expect the prices to go up significantly. However, if the current engines are brought with updates to meet BS6 emission norms, the price bump will be much smaller. Currently, the Superb competes with the likes of the Honda Accord Hybrid, Toyota Camry Hybrid and its cousin, the Volkswagen Passat, as well.