Kia’s first product for India, the SP2i compact SUV, goes on sale in the second half of 2019. But ahead of the launch, the prototype has already given away some secrets! 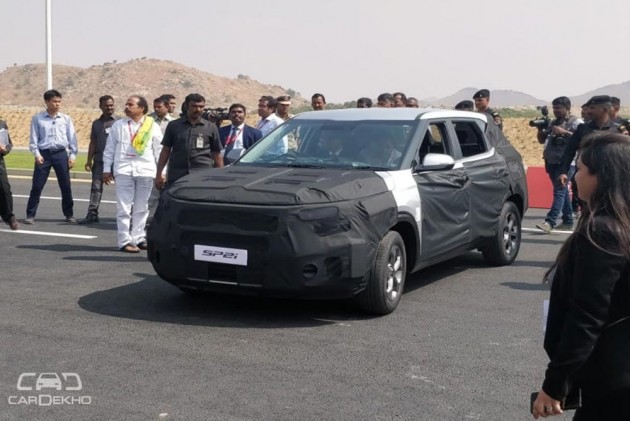 Kia SP2i will be launched with both petrol and diesel engines.

Kia Motors India is coming in all guns blazing with trial production at its plant in Anantapur, Andhra Pradesh already underway. The machinery at the plant is getting warmed up to build the new SP2i compact SUV, which some early customers will park in their homes before the end of the 2019. This car is entering a hot space already populated by the Renault Captur, Nissan Kicks, Maruti Suzuki S-Cross, Hyundai Creta and latest of all, the Tata Harrier.

However, up until now, most details about the Kia SP2i have been speculative, since the brand’s been tight lipped about what it will offer in the SUV to make it stand out. Fortunately, we had a chance to check out the SP2i prototype in action at the brand’s trial production ceremony and there are some unique features that we hope make it to production as well. 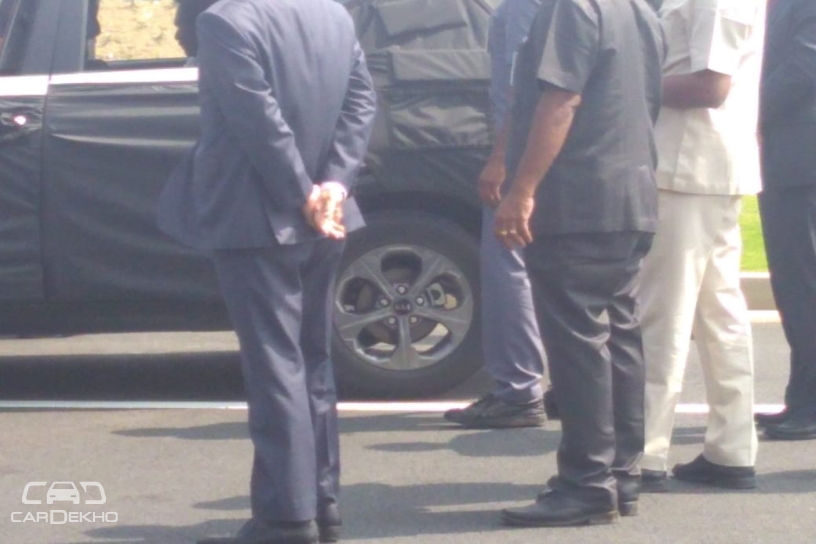 The first things that caught our eyes were the rear wheel disc brakes on the SP2i prototype. While we can’t make any statement on its braking performance based on this, we do hope the production car offers the feature. After all, the Maruti Suzuki S-Cross does get them, and as standard at that. 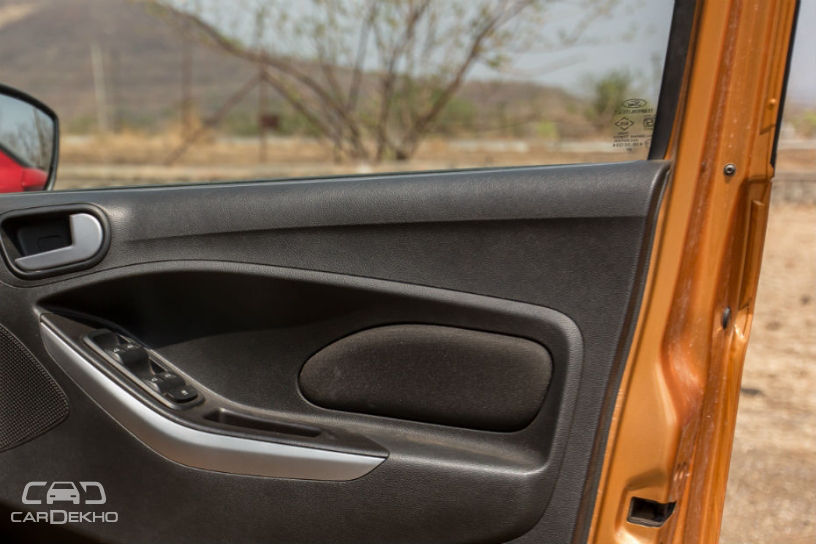 This was possibly a feature Kia didn’t intend on showing us at all! While moving the car for a photo op, the windows, including the rear row’s, were quickly rolled up with a single click of a button by the driver. Now, we do hope this feature makes it to the production-spec car as it adds a lot of convenience for all the occupants.

However, we’ll also note that this shouldn’t be a halo feature in the first place, at least in the Rs 10 lakh - 16 lakh price bracket (where the SP2i & its rivals are placed). Such conveniences should be a given, especially when cars like the Volkswagen Polo and Skoda Rapid have been offering it for years. 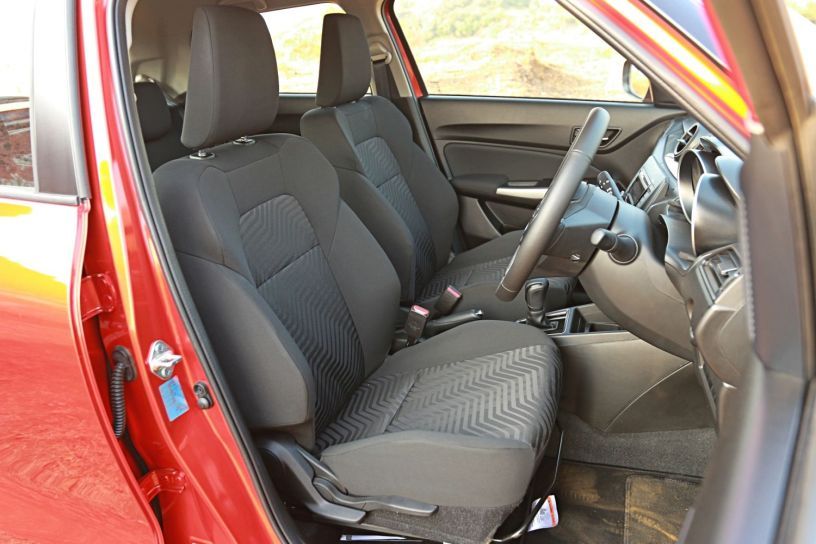 #3 Adjustable headrests for all

The prototype SP2i was equipped with adjustable headrests for all the occupants of the car, including the rear middle row passenger. Not only does this add to the convenience of this SUV, it’s also useful as a safety feature, improving protection from whiplash in the event of an accident. 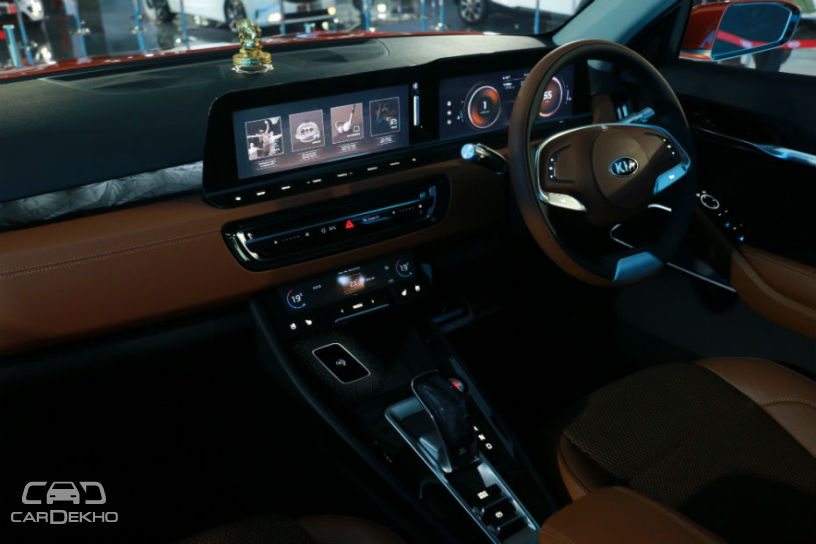 The concept SP sported a infotainment screen-instrument cluster combination that’s similar to what we’ve seen in modern Mercedes-Benz cars (MBUX). But the SP2i does seem to take a more conventional approach at least with the driver information display. The infotainment system itself is a free-standing unit that pops out of the dashboard instead of being integrated into it, much like it does in the Tata Harrier. 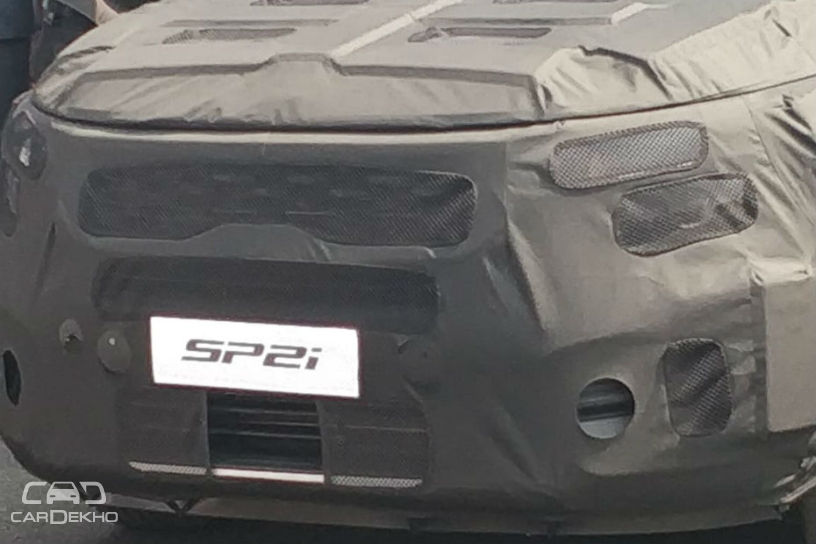 Kia has put in the effort to make the SP2i look like the concept car it’s based on. Of course, some concessions have been made for cost-cutting and in the interest of practicality, but it does retain the clamshell bonnet which gives it a nice design distinction. 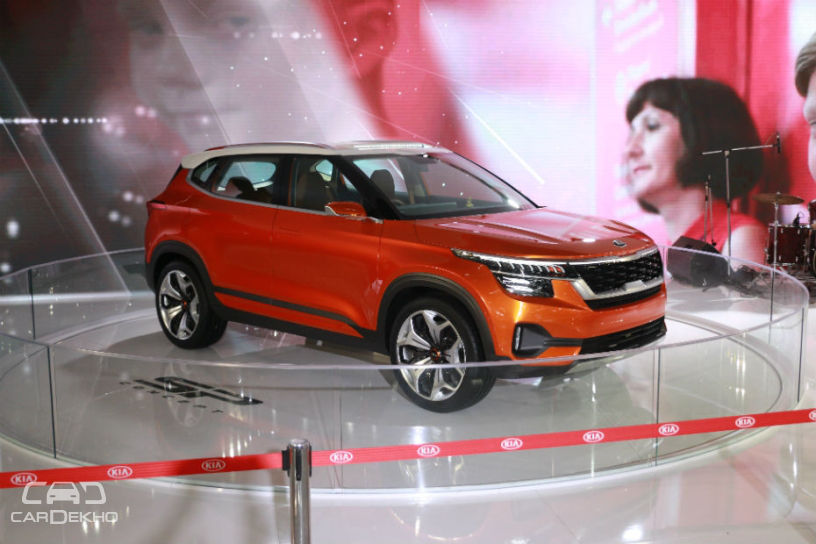 Kia has stated outright that the SP2i is based on a brand new platform that’s been freshly developed with the Indian market in mind. It is this platform that’s expected to underpin the next-generation Creta which was recently spied in China. However, at least in terms of design, it’s hard to ignore similarities with the current Hyundai Creta. The Kia SUV’s silhouette and road presence is very similar to what we’ve seen with Hyundai’s best-selling compact SUV. Even the wing mirrors and wheels have been styled quite similarly, so one can’t help but draw comparisons. While the dimensions haven't been revealed yet, in person, the SP2i doesn't look as large as the Tata Harrier.

That said, once the camouflaged bits of the SP2I have been unveiled, there will be stronger styling differences between the Creta and Kia’s SUV. So expect something more distinctive than what you’ve seen with say, the Renault Duster and Nissan Terrano.