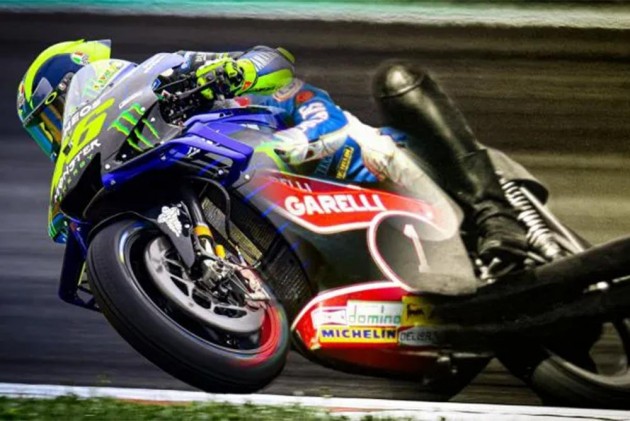 MotoGP turns a graceful 70 years old at this weekend’s Catalan GP, making it the oldest motorsport championship. Yes, it is even older than Formula 1 and WRC. On this occasion, we enlist our five favourite race bikes over the years. 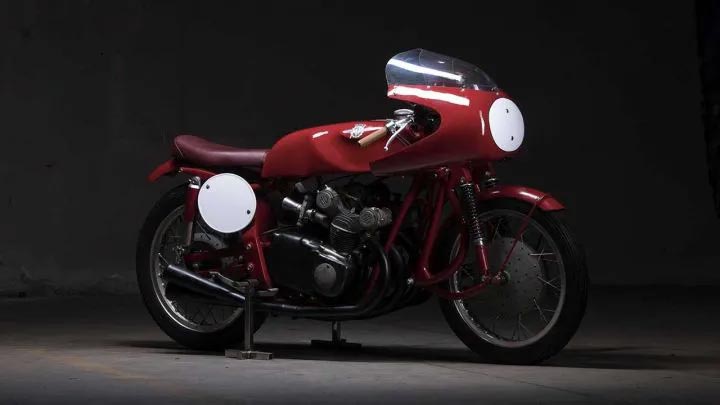 Count Agusta was one fierce Italian who didn’t know the meaning of the word losing. He had the best talent riding his supreme race bikes. Settling for anything less than victory was not acceptable for the Count. Mike Hailwood, John Surtees, Giacomo Agostini and Phil Read are few of the top names who rode Agusta’s 500cc motorcycle to victory. Be it in the three cylinder or the four-cylinder avatar, the Agusta 500 was unstoppable. Of Agostini’s 15 titles, he won 8 premiere 500cc class titles, 7 of them on the Agusta. But the writing was on the wall for the Agusta 500. It was no match in pace for the upcoming two-strokes. It struggled till the end of 1976 season where it announced its withdrawal from the sport. An icon was lost. 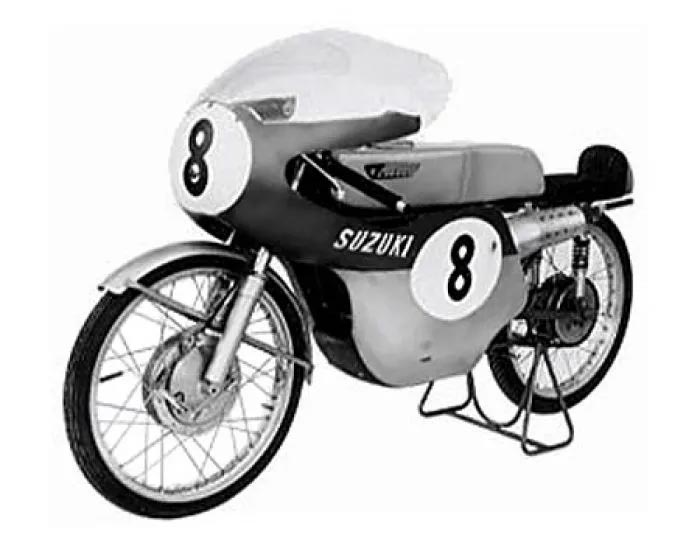 How did the two-stroke revolution come about? Would you believe me if it was more to do with spies and Cold War tension than the actual art of motorcycle engineering that the world’s best two-stroke machines were born from? Walter Kaaden, a brilliant scientist on the East German side had worked as a weapons engineer for years. His work on perfecting the expansion chamber did wonders for the struggling MZ racing team who became frightfully fast. But they still remained extremely fragile as East Germany was crippling under the Soviet rule.

MZ’ star rider and Kaaden’s confidante, Ernst Degner, was on the cusp of winning the 1961 125cc championship on his MZ. However, Degner defected to Japan as Suzuki was ready to provide him with safety for trade secrets. Degner had learnt how to make the two-stroke motor go fast and with the help from Hamamatsu’s finest, he built Suzuki a 50cc and a 125cc motorcycle.

Even though he won the 50cc championship in its inaugural year with Suzuki, it was the 125cc class which was the more coveted title. Suzuki won its first 125 title in 1963 with RM63 at the hands of Kiwi Hugh Anderson. And thus began the two-stroke ascension in motorcycle racing. 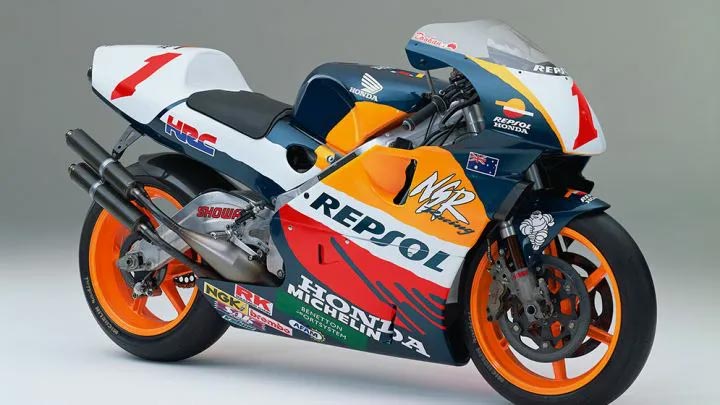 One of the most decorated racing motorcycles ever, one of Honda’s most successful racing bike was a two-stroker. Honda was the champion of four-stroke engines as they were more sophisticated, clean and not smelly. But when it saw Japanese rivals like Suzuki and Yamaha screaming past on their smelly noisy RGs and YZRs, it had to take action. It built the NS500 which did decently well but it was the NSR500 that really took Honda to the top.

It was in the 1985 season when Freddie Spencer won the NSR500’s inaugural championship. He achieved a feat that no one has since repeated and is highly unlikely to ever do so, winning the premiere as well as the intermediate class (which was the 250cc class then) in a single year. Spencer was just the beginning as Wayne Gardner, Eddie Lawson and Alex Crivelle also became champions astride the NSR500.

However, there are two names that deserve a special mention. Firstly, Mick Doohan. The man came out of career threatening injury to win five championships on the trot from 1994-98. His injuries in the 1999 Spanish GP forced him to retire from the sport. But Honda was already prepared. It had found Doohan’s replacement in upcoming 1999 250cc champion, Valentino Rossi. Rossi won his one and only 500cc title in 2001 as the following year was the introduction of the larger 990cc four-stroke machines. Rossi was the last two-stroke champion and Honda had sealed its legacy as the manufacturer with most wins in the two-stroke era. 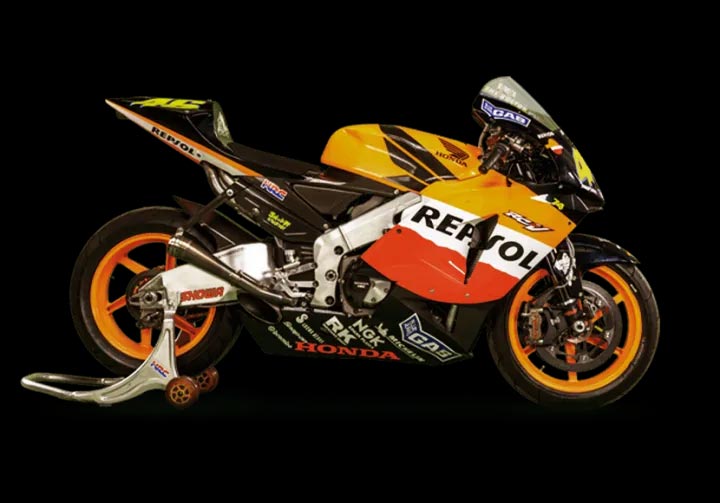 MotoGP took a big leap in 2002 as the rules switched from 500cc two-strokes to 990cc four-strokes. Honda did not want to give up its supremacy to other Japanese manufacturers and return to four-strokes was music to its ears. With Rossi at the helm, Honda’s RC211V became a phenomenon. A V5 engine on board, yes a V5, Honda won the first two MotoGP titles in a row as well as the last one on the 990s with the late Nicky Hayden winning his only world title in 2006. But troubles had already begun as at the end of 2003, Rossi announced that he was no longer going to be riding for Honda, sending shockwaves through the paddock. This was the mighty Honda that Rossi was leaving. Rossi felt that Honda was not recognising his contribution to the cause, giving more importance to the machine than the rider. How costly did this prove to be for Honda? Very. 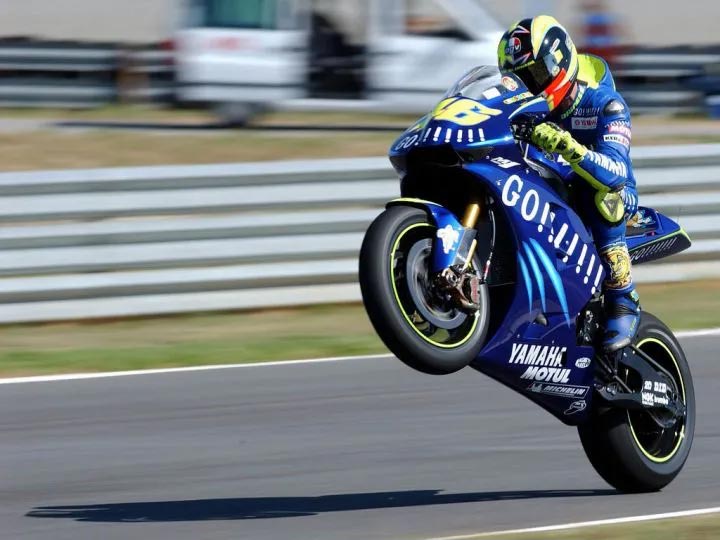 Honda’s biggest loss turned out to be Yamaha’s biggest gain. It was always second-fiddle to Honda in the championship until 2004. Yamaha paid Rossi the big bucks to ride for them. Rossi didn’t come alone. He brought along with him his entire racing crew from Honda, including engineering wizard Jeremy Burgess. Burgess and Rossi spent countless amount of hours learning the Yamaha and ways to make it capable to pose a challenge to Honda. What happened at the first race of 2004 nobody could believe themselves, let along Rossi and co. The Italian had managed to put the so-called ailing Yamaha on pole position, ahead of Rossi’s fiercest rival, Max Biaggi and his Honda. The two would engage in an epic battle for the win. Ultimately, Rossi won the battle, becoming the only rider in MotoGP history to win back-to-back races for two different manufacturers. Honda was toppled. Rossi would go on to win the 2004 championship as well as four more on the YZR-M1. In fact, the M1 also has three more titles to its name thanks to Jorge Lorenzo.