8 Moments That Made Indian Motoring Memorable in 2018

From a leap in safety, to the resurrection of an icon, 2018 saw it all. We list down our favourite moments! 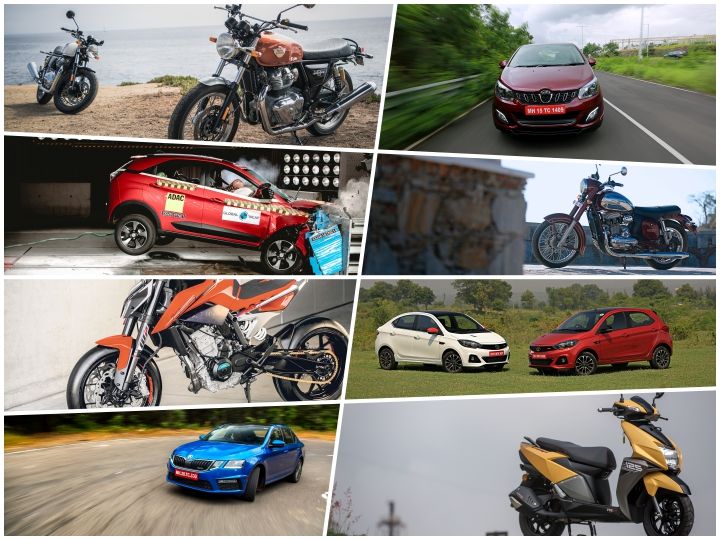 2018 has been a whirlwind year for us auto hacks. It started off with the biennial Auto Expo making sure we walk more in two days than the year combined, and is drawing to a close with a flurry of updates, launches and unveils. It’s been a memorable year for the petrolhead community, for sure. We take a walk down memory lane and list down eight moments that made Indian motoring memorable in 2018. 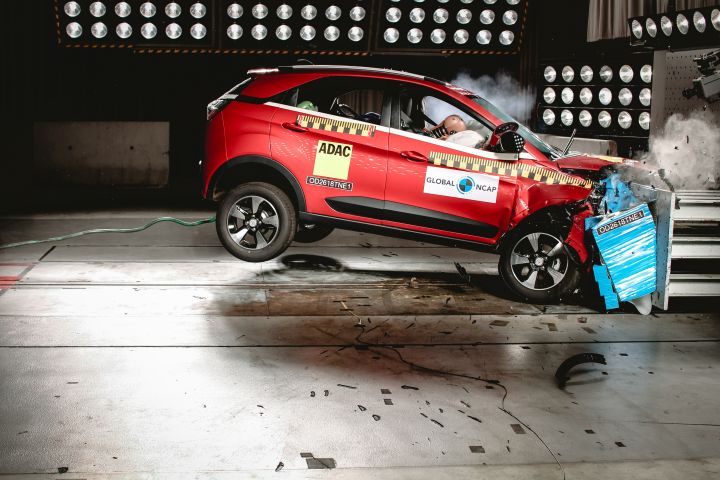 Tata’s compact SUV was crash tested not once, but twice in 2018. While the Nexon returned with a respectable 4-star score in August 2018, Tata didn’t seem too content with it. And off it went to the Global NCAP again, armed with a few key updates. What we have, is the first made-in-India car to score a full five stars in a crash test conducted by the Global NCAP.

The manufacturer had to add a seatbelt reminder for the co-driver, as well as pass a side-impact crash test to be awarded the highest rating. At the moment, the Tata Nexon remains the only made-in-India vehicle to boast of a 5-star safety rating.

Mahindra Delivers A Shocker - The Marazzo Is Brilliant!

Let’s be brutally honest here. We didn’t set our expectations too high when we first received the invite from Mahindra to test the Marazzo. But, when we did drive it, we were pleasantly surprised. The dashboard didn’t have ten different textures on them, the cabin felt quiet and composed, the steering actually told you where your front wheels were pointing - SWEET! Add in that the Marazzo offers a spacious cabin for seven or eight occupants, and you’ve got a no-nonsense family mover.

In fact, when we compared the Marazzo against its immediate (and some not so immediate) rivals, we found the plucky Mahindra to be the most practical offering in the comparison. It’s upped the ante further by scoring an admirable 4-star rating in the Global NCAP crash test. Yes, the price might be a bit of a hard pill to swallow for some, but it definitely is one Mahindra we recommend without hesitating. 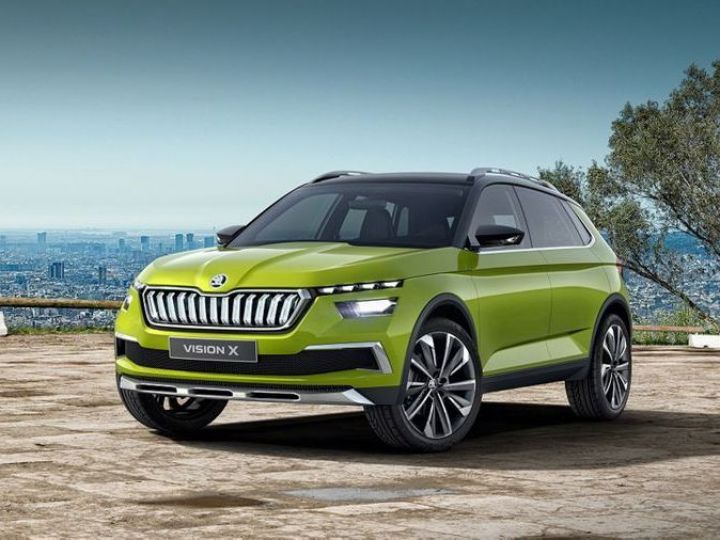 If there’s one thing that signals intent from a manufacturer, it’s money being poured into research, development and expansion. The Volkswagen Group has done just that, by announcing that it will localise its versatile MQB platform for India. To enable that, the bean counters at Volkswagen have been generous, allocating Rs 7900 crore (€1 billion) for the entire exercise. Also, Skoda India will now take charge of the group’s activity for the Indian market.

First, the brand plans on making a cost-effective version of the MQB-A0 platform. Skoda has also promised us a compact SUV by 2020. The localised platform also opens up avenues for Volkswagen to introduce the next-gen Polo, Vento as well as the T-Cross. For German car aficionados, this sure is consolation till the actual products arrive!

This is something us petrolheads were waiting for a long, long time. Cars that are small on size, big on power and don’t break the bank. With the hotter ‘JTP’ versions of the Tiago and the Tigor, Tata has truly given performance in the hands of the masses.

And no, this isn’t nothing more than a bodykit and a stickering job. There’s method to the madness. You get a turbocharged petrol engine with a revised air intake, an exhaust with less back pressure, a blow-off valve that makes all the right noises and an interior that makes you feel like Speed Racer. Did we mention they’re properly usable on an everyday basis too? Tata has struck gold with the JTP twins, no doubt.

One of the major events of 2018 was the comeback of the iconic Jawa in India. The brand has been resurrected by Mahindra-owned Classic Legends and was developed over the past three years and it launched three bikes - Jawa, Jawa Forty Two and the Jawa Perak. Instead of building a modern machine, Classic Legends chose to go retro. The new Jawa looks exactly similar to the original bike launched in 1960s, but gets modern mechanicals. Powering the bike is a Mojo-inspired 300cc, single-cylinder motor, which also looks properly retro with faux fins and large crank case. If retro isn’t your thing, worry not as there’s the urban-oriented Jawa Forty Two and the outrageous Perak bobber-styled motorcycle. This marriage of retro design elements with modern mechanicals sounds like a perfect recipe for success, whether Jawa achieves it is something only time will answer.

A lot was on the line for Royal Enfield when it showcased the new Interceptor 650 and the Continental GT 650 at the EICMA motorcycle show last year. The 650 Twins marked RE’s foray into the mid-capacity segment and also its first modern twin-cylinder engine. Royal Enfield’s last big launch, the Himalayan received a lot of flack and negative publicity owing to its quality issues. RE knew it had no such scope for another mistake and with the new 650s, it made a brilliant comeback. The first thing that took everyone by surprise was the refinement of the twin-cylinder engine, which many found it hard to believe and for this purpose we came up with the ZigWheels #ChaiCupChallenge. Apart from the refinement, the performance, quality and styling of the new RE 650 Twins have hit the mark. What made both the bikes even more desirable is its aggressive pricing of under Rs 3 lakh. The new bikes aren’t a game changer only for the Indian market as these bikes have the potential to make RE a serious name in global markets as well.

Made in India KTM 500 Twins 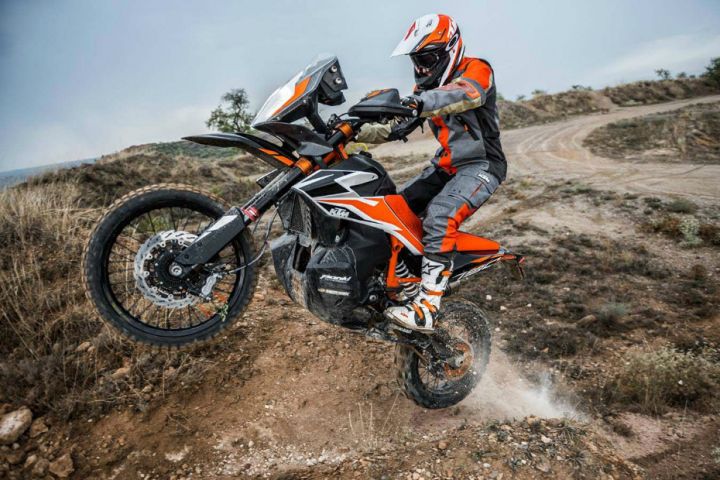 KTM has been a godsend for Indian bikers. The Austrian brand ensured that one doesn’t have to rob a bank for thrilling performance, top-shelf cycle parts and great features with the launch of the KTM 200 Duke and later the 390 Duke. In fact, the new KTM 390 Duke still remains a benchmark and offers features like TFT screen, Bluetooth connectivity amd LED headlights which bikes costing twice as much don’t offer. While Indian bikers have been salivating at the prospect of the new 790 Duke heading to our shores next year, KTM boss Stefan Pierer dropped a bomb by announcing that the Austrian brand is developing a new 500cc motor. The new 500cc, twin-cylinder engine will be built at KTM’s plant in Chakan. While Pierer didn’t specify what genre of bikes will be powered by the new motor, it’s safe to speculate a similar portfolio as seen with the 390 range. The first 500cc KTM is expected to be showcased in a protype form at the 2019 EICMA motorcycle show, with the production version making its debut in 2020. With the new RC 390 being spotted, 390 ADV and the 790 Duke expected next year, things can’t get more better for KTM fans 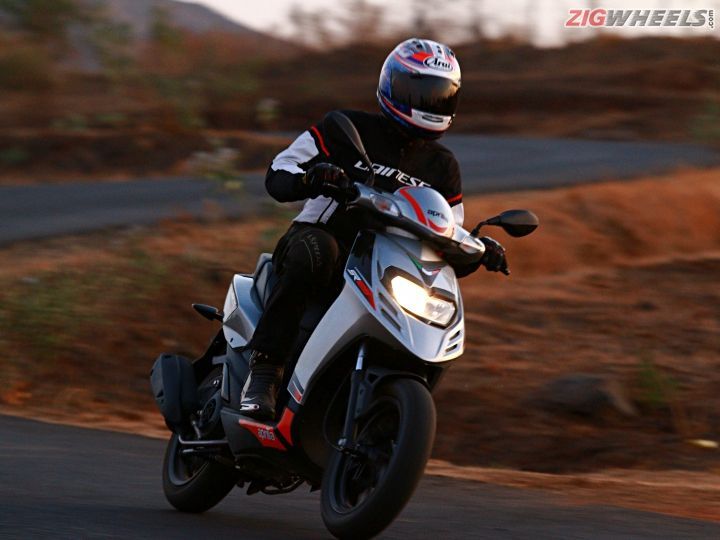 It’s no secret that scooter sales have been going through the roof over the past few years. While the 110cc scooters remain the volume segment, manufacturers realised that it’s the 125cc scooter segment which is witnessing the highest percentage growth. Aprilia joined this bandwagon first in 2018 as it launched the new SR 125, which is basically the SR 150 with a smaller motor and priced slightly cheaper too. TVS made its foray into the 125cc with a proper sporty scooter in the form of the Ntorq 125. Apart from peppy motor, engaging handling and comfort, the new TVS 125cc scooter has been equipped with segment-first features such as bluetooth connectivity and navigation assist. Given the value for money factor, it isn’t surprising that sales for the scooter has grown at a rapid pace. Suzuki expanded its footing in the 125cc scooter space by launching the new maxi-scooter styled Burgman Street. The new offering from Suzuki is among the most distinct scooters on sale in India and we hope it gives other brands the confidence  to launch more maxi-scooters in india. Being a unique product, the Burgman Street has been priced at a premium. However, this hasn’t affected sales and the Burgman Street hints to the fact that Indian buyers are slowly warming up to the idea of a premium scooter.

Those were our favourite moments from 2018. Have anything to add? Don’t agree with one or many of our choices? Let us know in the comments section below. As the year draws to a close, we’re buckling up for one heck of a roller-coaster ride that 2019 promises to be.