An Electric Bike Just Blew Past The 300kmph Barrier! 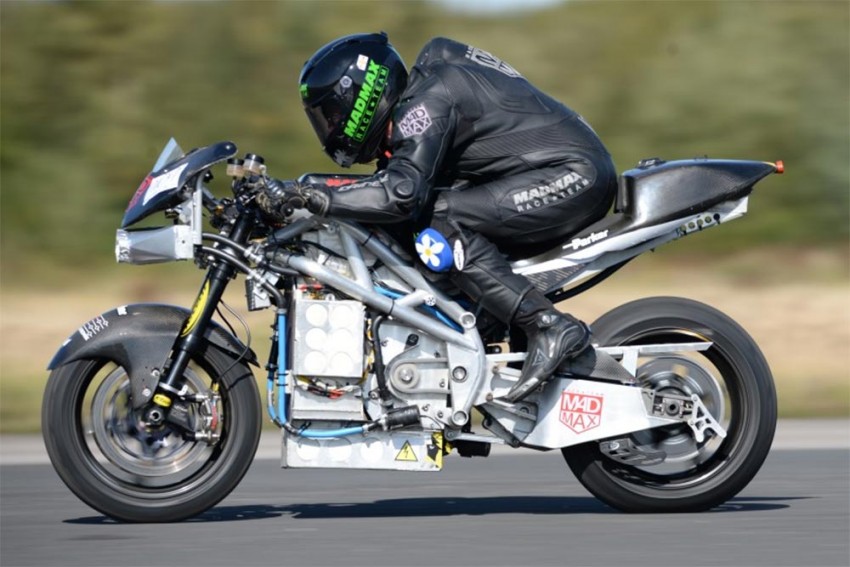 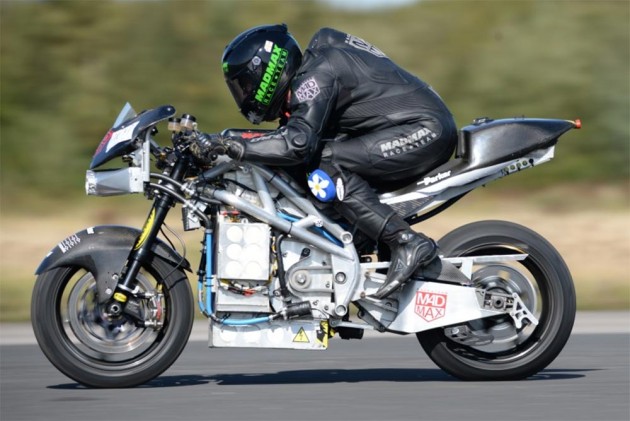 In today’s news of ‘Who broke another land speed record on what’ we have a stripped-out electric motorcycle, which was used in an Isle of Man TT race, clocking a staggering 312kmph! British racer Zef Eisenberg broke the land speed record for electric bikes in the naked category by averaging 297.894kmph on a kilometre-long patch of tarmac.

What makes this record so impressive is that the e-bike, which was used, was fully faired a few months back. However, as this category was for ‘naked’ e-motorcycles, the team had to strip out all the parts, exposing the batteries and all the electronic components in their full glory.

We have already seen a custom 841.5PS Suzuki Hayabusa destroying a drag strip by clocking a mind-numbing 436kmph. But where the Hayabusa featured a custom bodywork, which made it cut through the air like a bullet, the electric motorcycle, as you can see, is just a slab of batteries on two wheels.

So, what is the MadMax team up to for their next record? Well, we have no idea, but we will update you once we hear or see a certain naked electric bike doing the rounds of race tracks.

Voge ER 10: An Electric Bike With Good Looks And A Bank-breaking Price Tag