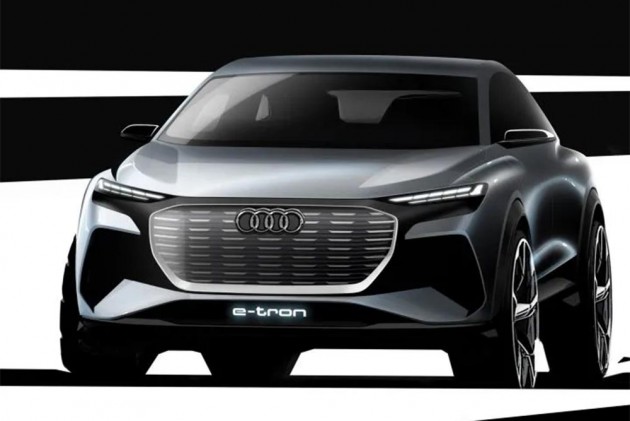 Audi has given us the first glimpses of its upcoming electric SUV concept, the Q4 e-tron, by releasing its official sketches ahead of the global reveal at the upcoming Geneva Motor Show next month. The all-new concept study, as Audi calls it, gives “a glimpse of the next stage of Audi electric mobility,” and is likely to be ready for production by end-2020 or early-2021. 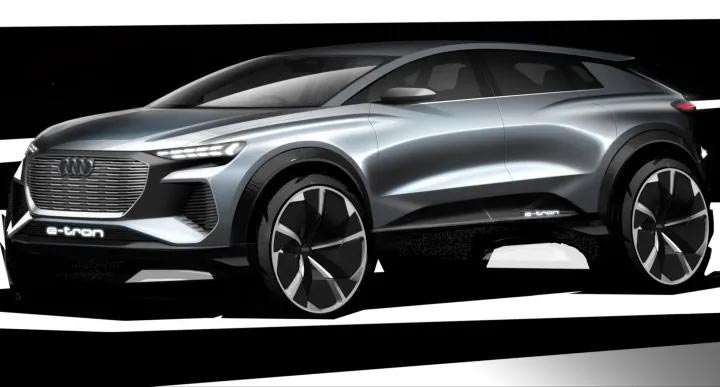 The shadowy sketches released by Audi outline the key design highlights of the upcoming electric SUV, which will slot between the Q3 and the Q5 SUVs. With a crossover-like styling, the Q4 e-tron gets massive wheels and a low roofline along with a wide and aggressive stance. At the front, it gets the quintessential Audi grille seen in the recent e-tron and e-tron GT. It is accompanied by all-new, sleek headlamps with a more prominent arrow design. Below them sit the massive air intakes, which are unlikely to make it to final production.

On the inside, the Q4 e-tron gets design cues from its already launched elder sibling, the e-tron, with an emphasis on the tech quotient. Massive screens for infotainment and instrumentation hog most of the dashboard along with a touch-sensitive interface lower down the centre stack. The upcoming concept could feature an updated version of the impressive Virtual Cockpit system we are used to seeing on the current generation Audis. 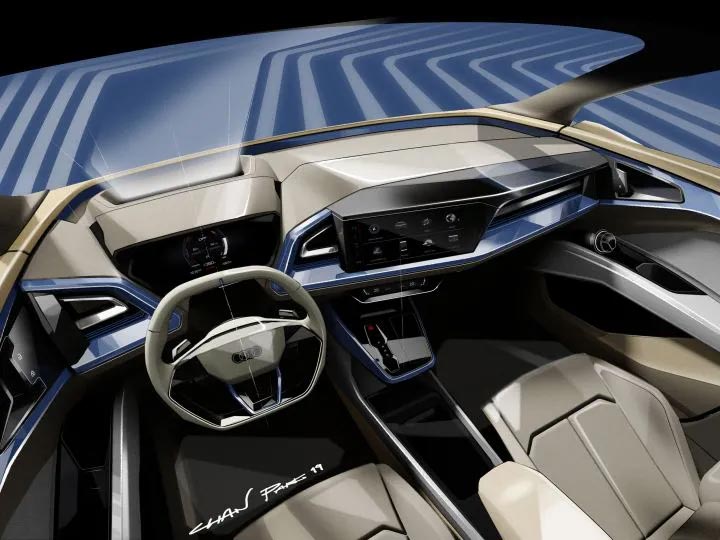 Apart from these, most other details, including the powertrains, safety systems and autonomous capabilities, of the Q4 e-tron remain scarce. However, we will soon get more dope on the upcoming electric crossover at the 2019 Geneva Motor Show which opens its doors to the world media on March 5, so stay tuned.