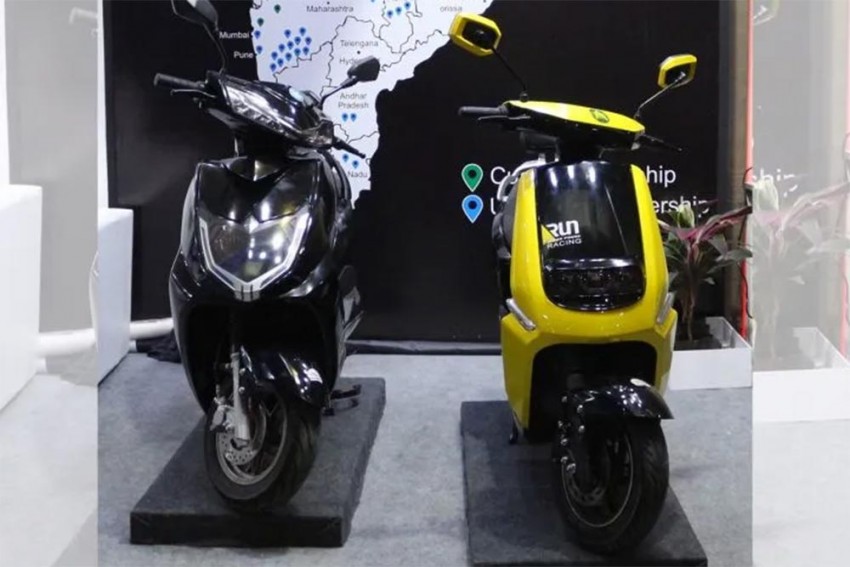 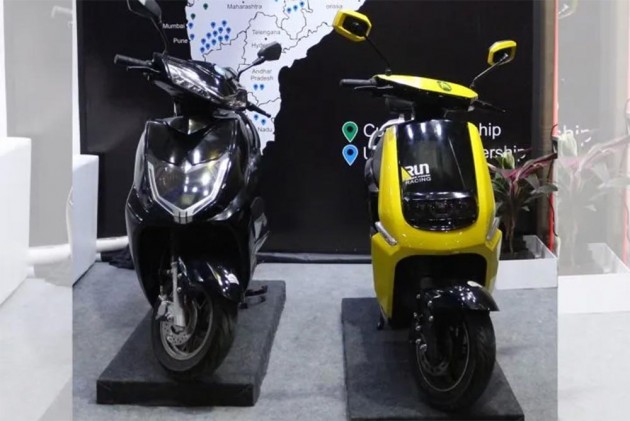 Homegrown electric two-wheeler manufacturer Avan Motors has taken the wraps off two new EV concepts at the Pune Motor Show. These unnamed e-scooters will make it to the production line based on customer response.

The first of the two e-scooters features a 1200W motor and a 72V 22Ah lithium-ion battery that’s capable of offering an impressive range of 80-200km on a single charge. Interestingly, this claimed range doesn't come at the cost of performance. In fact, the scooter can touch a top speed of 60kmph, according to the brand. Its 10-inch wheels come wrapped in slightly fatter 90/90-section tyres for better stability.

The second variant employs a slightly lower-spec 800W motor paired to a 60V 35Ah lithium-ion battery that’s rated to deliver a company claimed range of 50-80kmph and a top speed of 45kmph. It gets skinnier 90/80-12 front and 3.00-10 rear tyres. For added safety, both scooters will come equipped with a front disc and rear drum brakes.

If the scooters make it to production, it will add to the company's current portfolio which consists of three e-scooters - Xero, Xero+ and TrendE. A strong portfolio would certainly work in the company’s favour considering its expansion plans which include targeting Tier 2 and Tier 3 cities in the near future. Avan Motors currently has 43 active dealerships across India.

23rd September, Pune 2019: Avan Motors, one of India’s fastest-growing electric scooter manufacturers, unveiled two new concept e-vehicles at the Pune Motor Show 2019 on 20th September 2019. The look and specifications of the remarkable new concept e-vehicles were unveiled among 30,000 automobile and sustainable mobility enthusiasts who attended the coveted three-day motor show. The company plans to assess the mass-response to the concepts and move to the production phase based on further research.

The first concept e-vehicle revealed by Avan Motors will be powered by a 72 V 22Ah lithium-Ion battery and will deliver a superlative range of 80-200 kph per charge. With a 1200 W motor power, the vehicle's maximum speed will touch 60 kph. Additionally, it will be fitted with 90/90-10 tyres that offer maximum safety and stability. The second variant revealed at the Pune Motor Show will be equipped with a  60V 35Ah lithium-ion battery. It is set to deliver a range of 50-80 kph and a top speed of 45 kph. Its 90/80-12 3.00-10 tyres will be fueled by an 800 W motor. Both cutting-edge, futuristically designed variants will feature front disc brakes and rear drum brakes.

Speaking on the new concepts, Mr. Pankaj Tiwari-India Business Head-Avan Motors, said, "We are thrilled to reveal our new concept e-vehicles through a platform as prestigious as the Pune Motor Show. The team at Avan Motors has left no stone unturned to ideate the perfect combination of best-in-class features and stunning design. We are anticipating positive reviews for both concepts after which we will move on to the production phase. Currently, we are in the R&D phase which will continue until we create a leading-edge product that can disrupt the Indian sustainable mobility space."

Avan Motors is revolutionizing the EV space with state-of-the-art products that promise a cleaner environment and are affordable to its consumers. Through robust research and innovation,  the company is redefining its position as an industry leader in the sustainable mobility space in India.

Skoda Superb Gets More Affordable By Rs 1.8 Lakh In September