From the Arctic to Antarctica, the Dominar completes a Herculean adventure 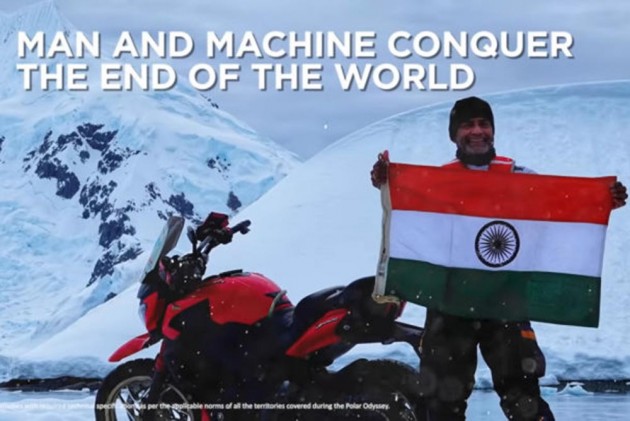 The icy desert of Antarctica is one of the most desolate places on planet Earth. It is hard just to get to the continent itself in the first place. And if you had to picture riding across the snowy terrain, an image of a large adventure motorcycle would be the first to pop in your head, not a mid-displacement motorcycle such as the Bajaj Dominar 400. But that is exactly the vehicle that Deepak Kamath and co successfully completed their epic Polar Odyssey on. 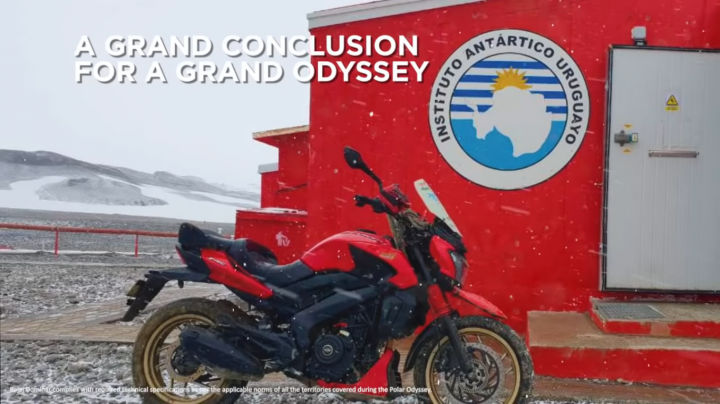 Riding on nearly stock Dominars, the three riders (Kamath, Avinash PS and Deepak Gupta) set out on the expedition from Alaska, way above the Arctic Circle. They took 99 days to travel the entire length of the American continents, clocking over 51,000km in the process. Riding through some of the most dangerous roads of the world like the James Dalton Highway – Arctic Circle, USA, the Dempster Highway – Arctic Circle, Canada, the Pan-American section of the Atacama Desert, Chile, and the Death Road of Bolivia, the riders crossed 15 countries.

The Bajaj Dominar 400 proved to be a tough cookie as they claim it did not breakdown even once. The guys did over 500km on an average per day in their quest to reach Antarctica. Thanks to their resilience and determination, the Dominar is now the first Indian bike to be ridden in Antarctica. This is not the Kamath’s first expedition astride the Dominar as he had also undertaken the Trans-Siberian Odyssey a couple of years ago.