No, you don’t have to pay extra for it 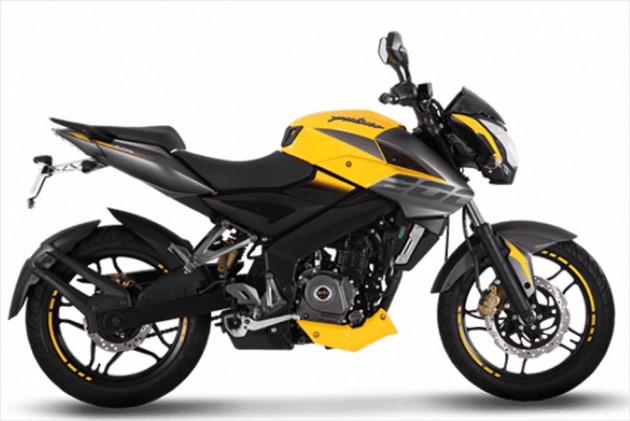 In a bid to keep things fresh, Bajaj seems to have travelled back in time. The Chakan-based bikemaker has updated the NS200 with a yellow paint scheme. Dealers have confirmed that the new colour will only be available on the ABS variant, at no additional price. The Bajaj Pulsar NS200 continues to be priced at Rs 1.03 lakh for the non-ABS variant and Rs 1.12 lakh (both prices, ex-showroom Delhi) for the ABS variant.

Few of you would remember that Bajaj had initially introduced a full yellow paint scheme on the first-generation Pulsar NS200 (then called the 200NS). The colour was then discontinued on the newer-generation model, until now. With the addition of this, the Bajaj Pulsar NS200 will now be available in four different colours - Red, White, Black and Yellow.

Other than the cosmetic update, the motorcycle remains unchanged. Powering it is still the same 199.9cc single-cylinder engine, which delivers 23.5PS of power and 18.3Nm of torque, mated to a 6-speed transmission.

Built upon a perimeter frame chassis, it continues to employ telescopic forks at the front and a monoshock unit at the rear. Meanwhile, braking duties are handled by a 300mm disc at the front and a 230mm disc at the rear. The Bajaj Pulsar NS200 competes against the TVS Apache RTR 200 4V ABS Race Edition 2.0, priced at Rs 1.11 lakh (ex-showroom Delhi).