Bugatti Chiron Is The King Of Hypercars With A 490.48kmph Top Speed! 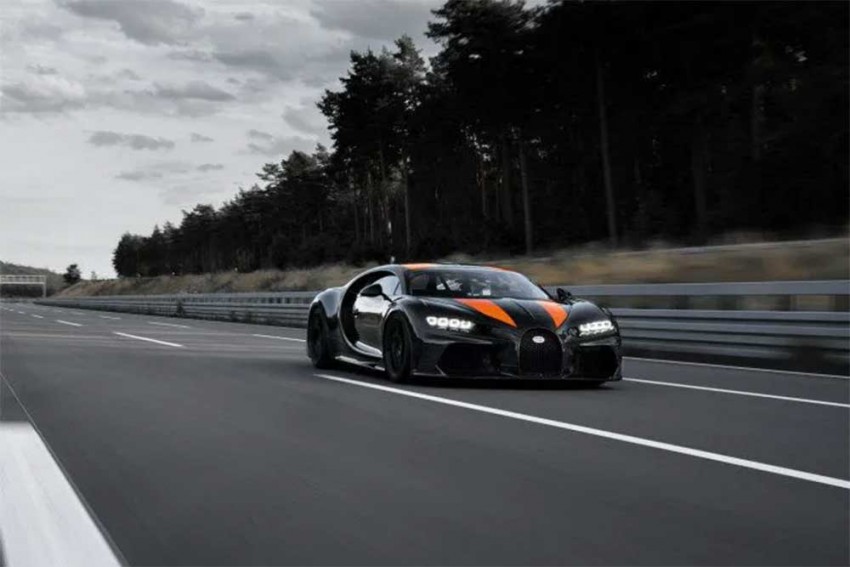 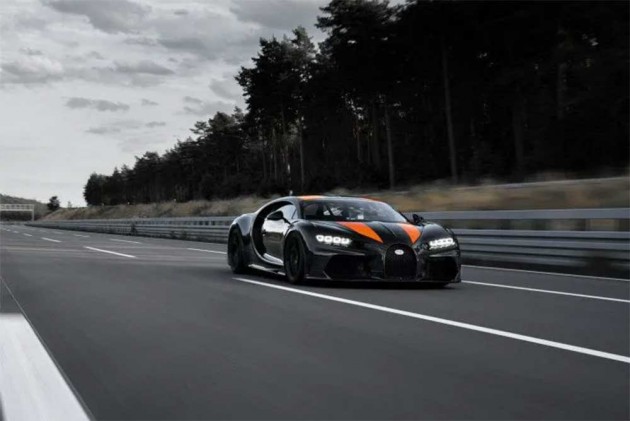 Koenigsegg’s Agera RS has been well known around the globe for being the fastest hypercar in a straight-line at 446.97kmph. While Bugatti has made attempts to break it with the Chiron it wasn’t really a match, until now. Bugatti has taken a purpose-built Chiron Sport to the famous Ehra-Lessien in  Germany and recorded a blistering top speed of 490.48kmph. This top speed has made the Chiron the fastest hypercar in the world, thrashing the Agera RS’ record by more than 40kmph. 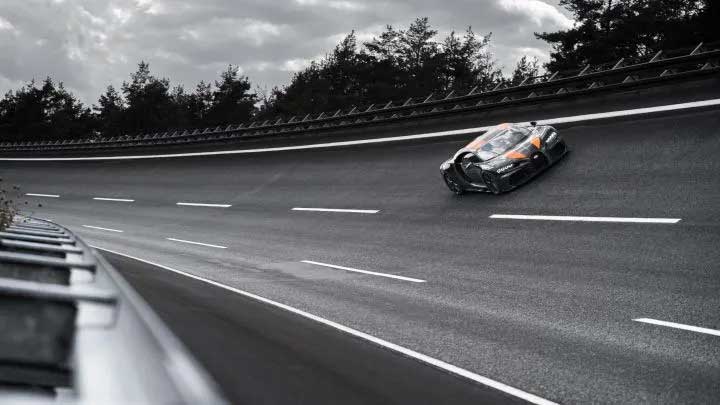 The car driven by Andy Wallace isn’t an ordinary Chiron. This purpose-built beast was made in cooperation with Dallara and Michelin with the goal to create a hypercar that can break the 300mph barrier. It is 25cm longer than the current Chiron Sport and gets a long-tail aero concept.

Here’s an onboard view of the top speed record attempt set by the Chiron: 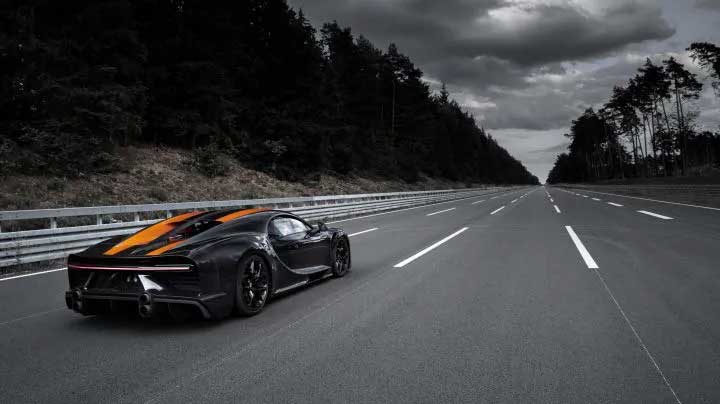 Like the Centodieci, the modified Chiron is powered by a quad-turbo W16 8.0-litre engine and delivers a whopping 1,578PS of power. It retains the all-wheel-drive system and the Ricardo 7-speed dual-clutch automatic transmission from the standard Chiron. 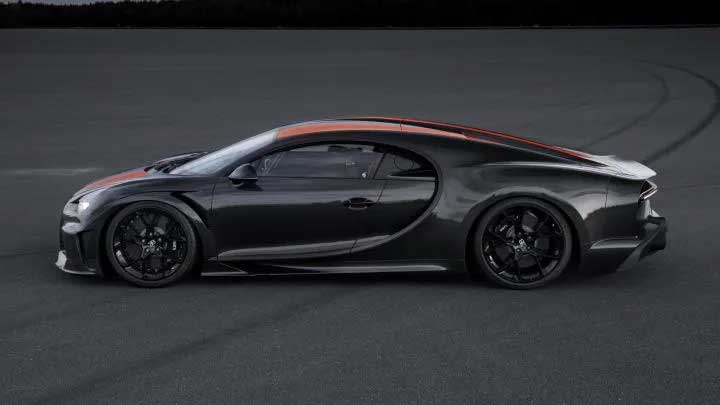 Some of the modifications include the removal of the rear-wing and airbrake, replaced by a long-tail rear tip to reduce drag. Bugatti has further attempted to cut drag by incorporating laser-controlled ride height to the Chiron. It also gets a redesigned exhaust system with vertically stacked dual exhausts like the recently unveiled Centodieci. 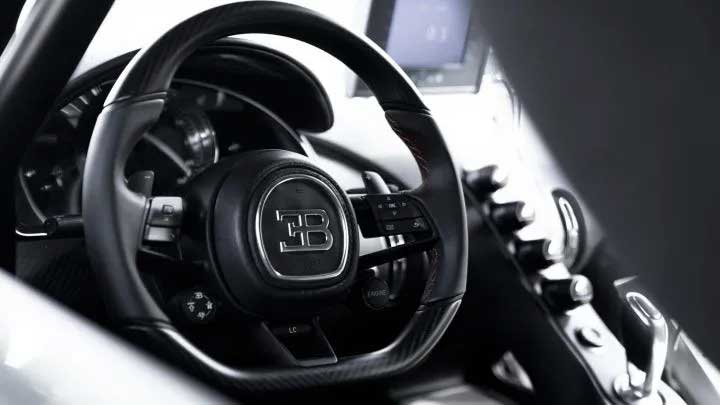 While Images of the interior have not been revealed yet, reports suggest that the modified Chiron Sport is strictly a one-seater with the passenger seat being replaced with a plethora of computers. Bugatti has also installed a safety seat for the driver and a full roll cage, with some weight-saving measures. 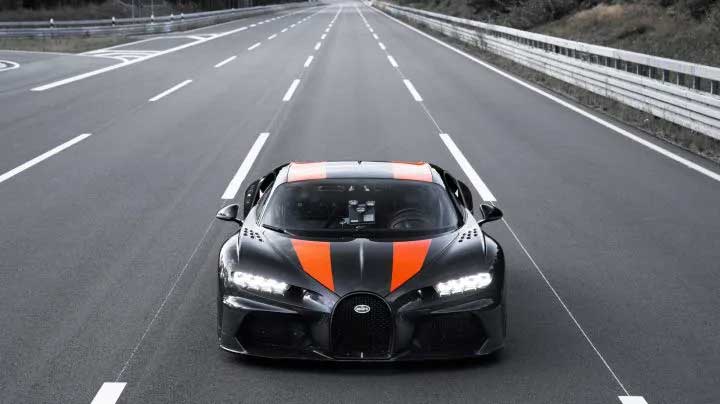 An interesting revelation from the images is that this prototype sports orange stripes along the black body, which resembles the Veyron Super Sport. It could mean that the car tested here might be a Chiron Super Sport in the works. However, nothing has been confirmed as of yet. 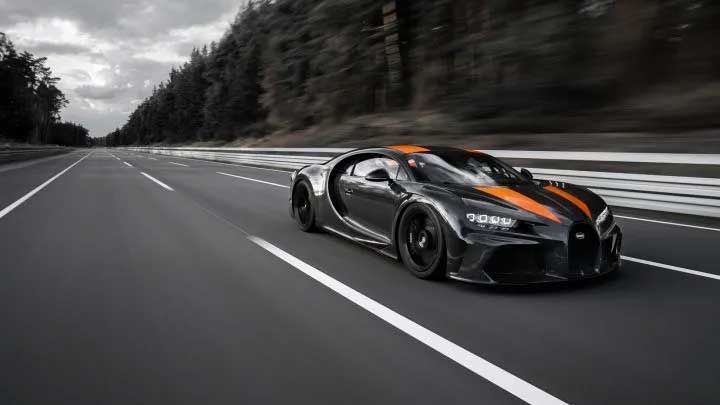 At this point of time, this long-tailed version of the Chiron Sport looks likely to remain a one-off model, unlikely to enter into production anytime soon. However, it still officially holds the record for the fastest hypercar in the world and has laid down the goalpost for rivals like Koenigsegg and Hennessy to take on. Could we finally get a hypercar to break the 500kmph mark? We’ll have to wait and see, but we can finally call the Chiron a worthy successor to the iconic Veyron.

Kia Seltos vs Hyundai Venue: Which SUV To Buy?