Is Hyundai’s first-ever sub-4m SUV that will launch in May 2019 worth delaying your car buying decision? 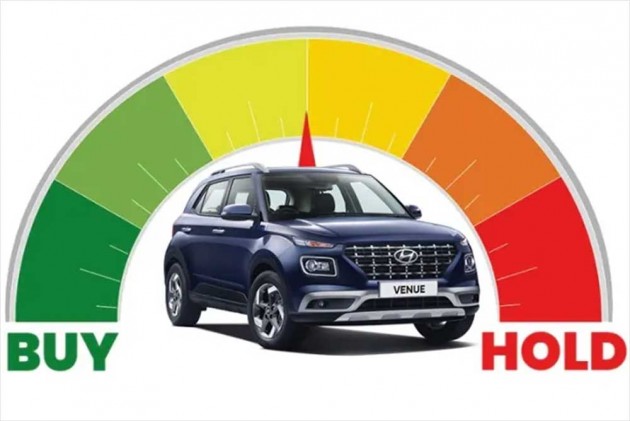 The Hyundai Venue has been revealed along with its details and specifications. The Venue is scheduled to launch on 21 May 2019 and will be Hyundai’s first ever sub-compact SUV offering in India. The Hyundai SUV will join a crowded segment of sub-4m SUVs like the Mahindra XUV300, Tata Nexon, Ford EcoSport and Maruti Vitara Brezza. With the engine details and features of the top-spec Venue announced, we evaluate if it’s worth waiting for or is it better to opt for one of its already available rivals? Let’s find out:

Tata Nexon: BUY it for assured safety and standout design 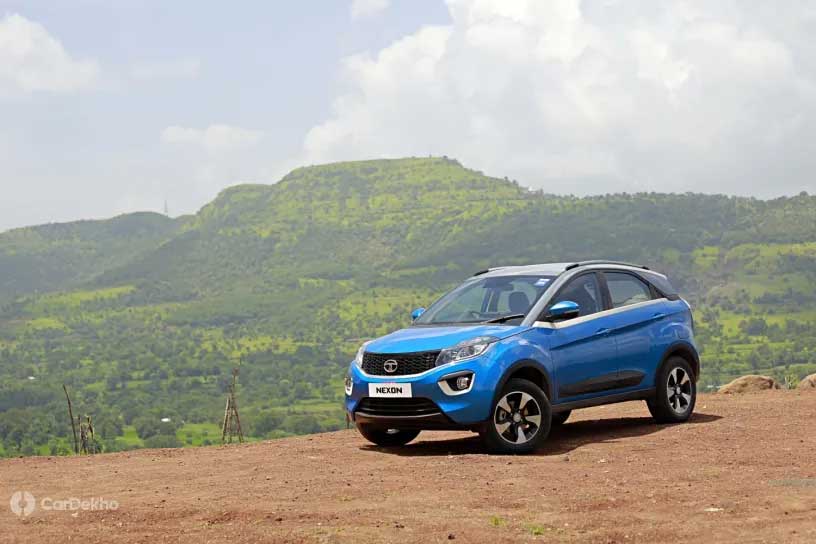 Safety is not its only appeal as the Nexon’s styling makes it stand out on the road. Its coupe-like profile and dual-tone colour options rarely go unnoticed in a crowd. The Nexon is also competitively priced in the segment. In fact, the base-spec petrol Nexon is the most affordable sub-4m SUV in the country as of now.

The Ford EcoSport is one of the original members of the sub-4m SUV space, first launched back in 2013. It got a facelift near the end of 2017 and introduced new S variants in 2018, making it one of the most feature-loaded sub-compact SUVs out there. The EcoSport offers multiple powertrain options: two petrol engines (1.0-litre turbocharged and 1.5-litre petrol) and one diesel (1.5-litre), and while both the petrol engines are rated to develop over 120PS of maximum power, even the diesel engine makes 100PS. 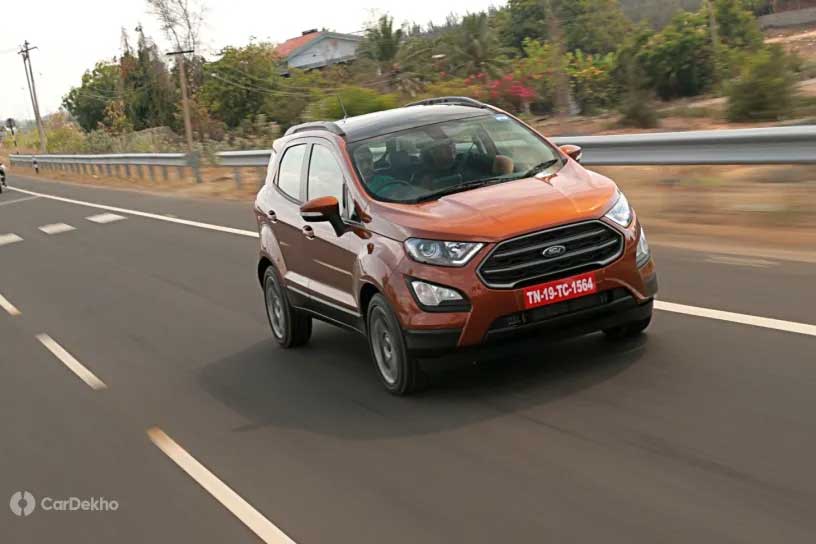 The 1.5-litre petrol engine on the EcoSport also comes with an optional 6-speed automatic transmission with paddle shifters. Its 1.0-litre turbocharged petrol engine with direct injection is still the most powerful choice in the segment. The EcoSport’s long list of features includes ESP, TC, sunroof, 6-airbags, and leather upholstery to name a few.

Even though it is only available with a diesel engine, that too the smallest in the segment, the Maruti Suzuki Vitara Brezza has established itself as the most popular sub-compact SUV in India. Its competitive pricing has been a big part of its allure and to this date, the Brezza offers the most affordable fully loaded diesel-auto combo. Its 1.3-litre engine is mated to a 5-speed AMT (automated manual transmission). With the Fiat-built 1.3-litre diesel unit unlikely to be carried forward in the BSVI era, the Brezza is expected to get Maruti’s new 1.5-litre diesel engine. 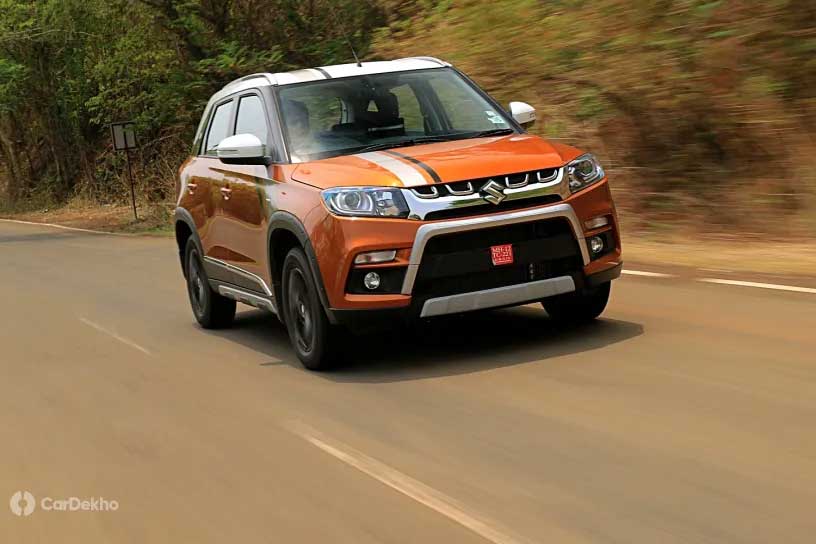 The Brezza’s plain-as-tea styling also tends to be appreciated by a majority of the buyers who are not likely to choose its flashier rivals like the XUV300, EcoSport or Nexon.

Mahindra already had the TUV300 in this segment, but it probably didn’t appeal much to younger and urban buyers. Hence the Ssangyong Tivoli-based XUV300, which has been equipped to take on established rivals. It offers segment-first features like dual-zone climate control, driver knee airbag, multiple steering modes, rear disc brakes, all five seatbelt alert and smartwatch connectivity. 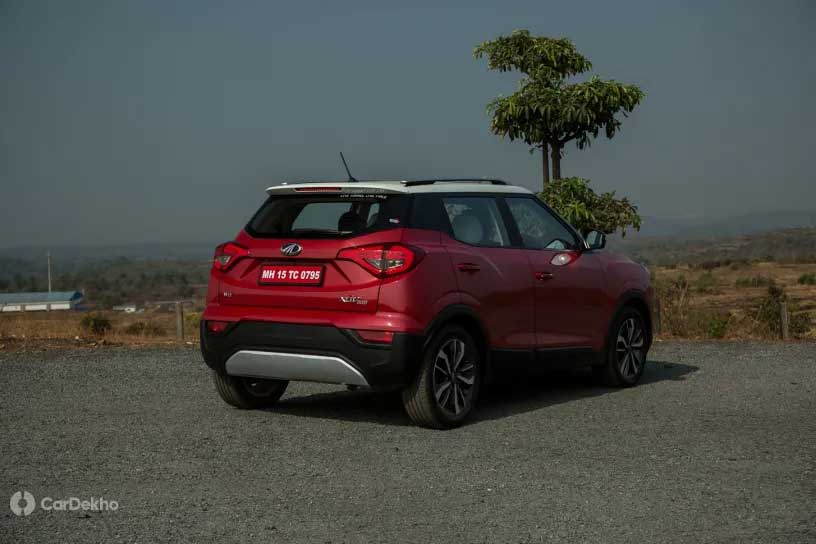 It also has the torquiest engines in its class with a 1.2-litre turbocharged petrol (110PS/200Nm) and a 1.5-litre diesel (115PS/300Nm). Both these engines have been newly developed by Mahindra, the petrol debuting in the XUV300 while the diesel debuted on the 2018 Marazzo MPV.

The Hyundai Venue has finally been unveiled and it is scheduled to launch in India on 21 May 2019. While it still has a boxy silhouette like the Creta, the Venue features rounded off design lines for a sculpted look. It is also the first Hyundai in India to debut the new front end design language with the large cascading grille. 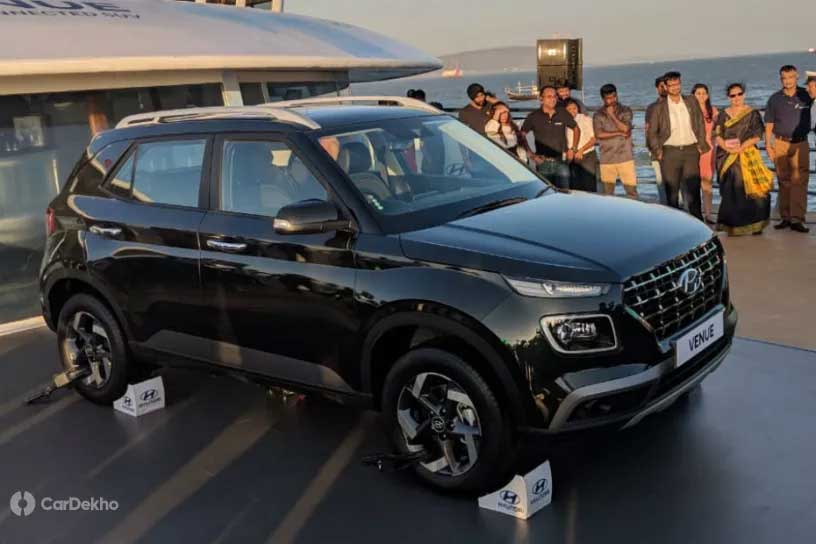 The Venue will also debut Hyundai’s 1.0-litre turbocharged petrol unit in India which will be offered with a choice of either a 6-speed manual or a 7-speed dual clutch automatic transmission. As the turbo-petrol variant was seen on display, we know it will get an all-black interior but a premium feel can be expected across most variants. The updated dashboard layout is one of the cleanest designs in the segment. 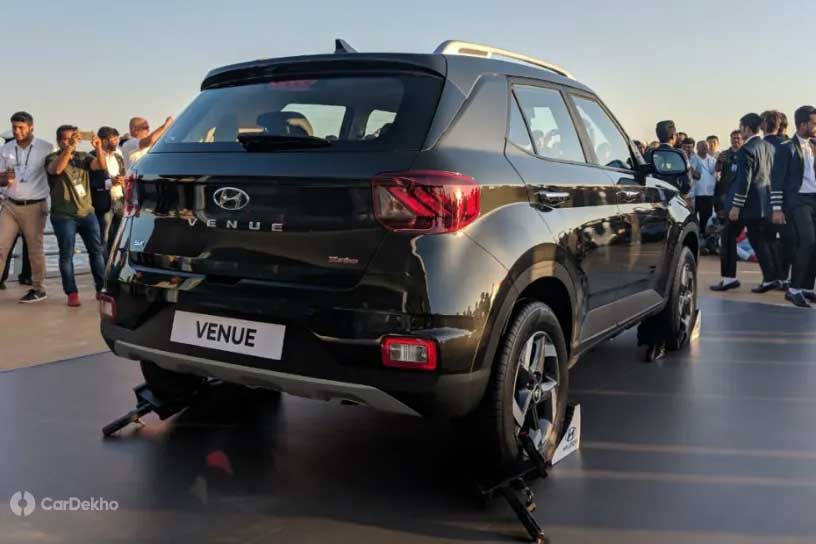 Hyundai has also confirmed the top-spec features to be offered on the Venue such as wireless phone charging, 8-inch touchscreen infotainment system, sunroof and rear AC vents as well. It also gets the Hyundai Blue Link connected car technology with an eSIM for live vehicle telematics, voice-recognition AI and for remotely controlling certain features. If a smart, Europeean-looking, well-built sub-compact SUV is what you’re looking for then the Venue is worth the wait.