Cars That Might Get Discontinued in 2019 - Maruti Omni, Gypsy & Tata Nano 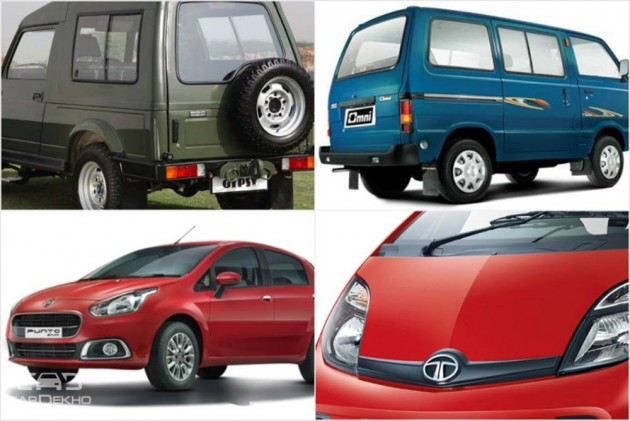 The Indian automobile industry is on the brink of major reforms. From skipping a whole level of emission norm altogether to the implementation of India’s very own crash test ratings, cars sold in India would soon be at par with global standards. Gone are the days when a carmaker could run on a single model without making any changes to its powertrain or platform for more than five years, which is usually the lifecycle of a modern day car. And with the new tide of launches planned for 2019, the future of quite a few cars in the Indian market seems bleak. Here are some of the cars that might be discontinued next year, in case you were in the market for them.

Disclaimer: We have taken a relatively affordable price category of sub-Rs 15 lakh cars. The cars are selected on the basis of their sales performance or whether they’ll able to conform to the upcoming crash test and safety norms along with the BSVI emission norms. 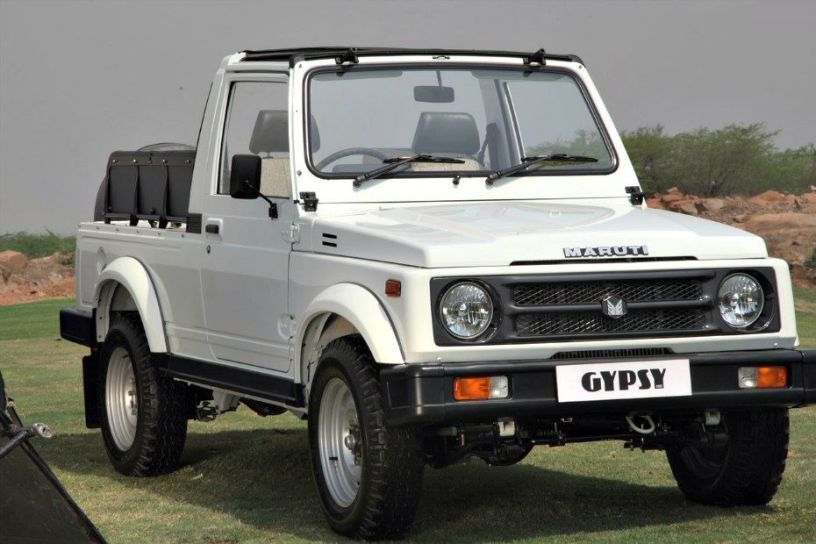 The Gypsy is almost as old as the brand Maruti itself! Launched in the early 1980s, the Gypsy is expected to be discontinued in 2019. It is essentially the extended version of the second-gen Jimny. It is often touted as the ‘mountain goat’ for its off-road ability, which is fueled by its relatively low kerb weight (mere 980kg). Being over three decades old, the Gypsy won’t be able to conform to the upcoming BNVSAP safety norms. Moreover, the Gypsy’s old 1.3-litre petrol engine is not BSVI complaint either. Sadly, no replacement has been planned for this venerable nameplate, which has even proved its mettle in the armed forces. Moreover, Maruti is unlikely to bring the new Jimny anytime soon to India too. 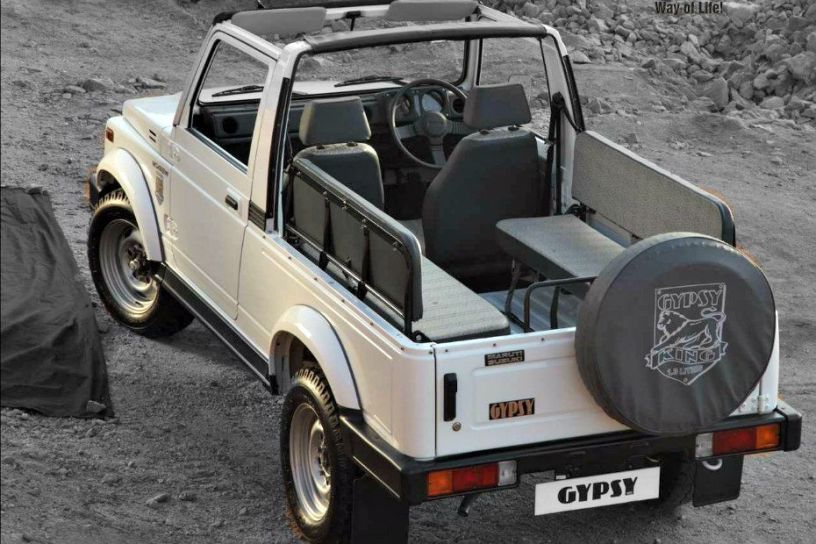 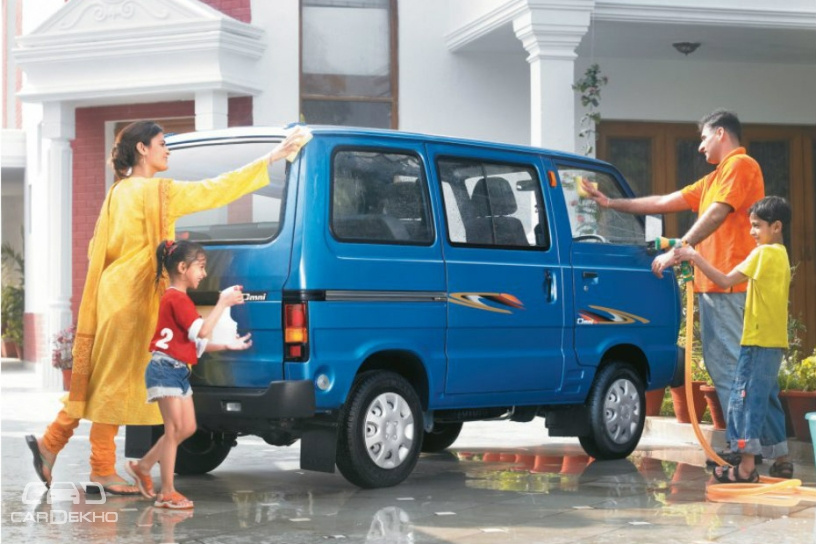 Like the Gypsy, the Omni too is one of the longest runnings Maruti nameplates in the country. Launched in 1985, the Omni continues without any generation change for more than three decades. Maruti did offer its newer-gen model as the Versa, which is now retailed as a low-cost, stripped out model, the Eeco. The Omni will neither meet the crash test norms nor  will its old 796cc carbureted engine be able to meet the stringent BSVI emission norms. It is surely the end of the road for the good old van. Despite its age and bare-bones packaging, the Omni still sells more than a lot of cars in India! 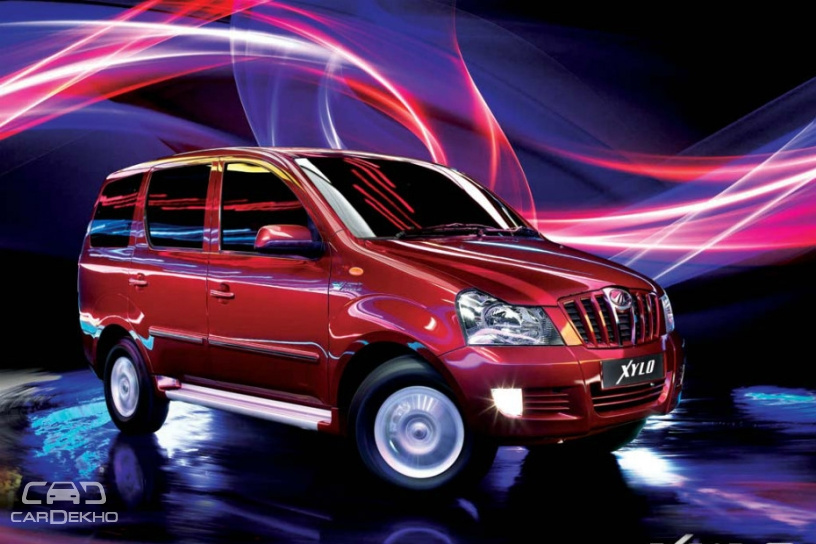 Almost a decade old, the Xylo is one of Mahindra’s oldest models that haven't seen any generation change yet. Underpinned by the first-gen Scorpio’s chassis, the Xylo is unlikely to pass the upcoming crash test norms in India. Even the second-gen Scorpio scored zero at the Global NCAP and its body shell was rated as ‘unstable’. The Xylo seems well on its way to be discontinued, more so since Mahindra has already launched its successor, the TUV300 Plus. 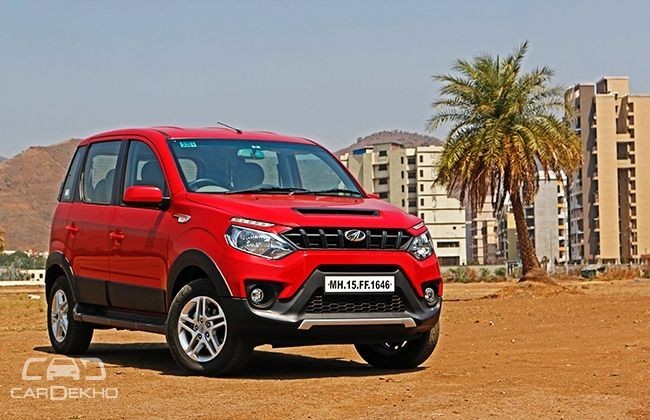 Mahindra has just sold a single unit of the NuvoSport in the last six months! Isn’t it already an indication that the carmaker has already pulled the plug on the facelifted and renamed Quanto, which was already a chopped off Xylo in the first place? Launched as a premium alternative to the TUV300, the NuvoSport sub-4m SUV never really picked up. Thanks to an overall design, barring the front, identical to the Quanto’s, the NuvoSport's styling hasn't really helped its case. The upcoming Mahindra XUV300, though, looks more suited as the TUV300's premium successor. 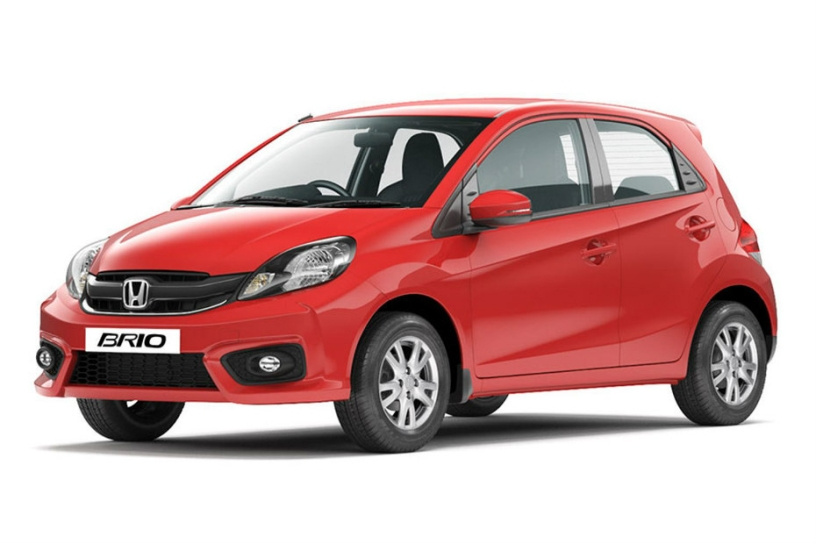 The sales of the funky little Honda continues to plunge in the wake of better equipped and more modern rivals like the Swift and the Grand i10. Ford too offers the popular Freestyle, which outperforms every single car in the segment in terms of safety, and the Figo facelift is around the corner as well. Thanks to its ageing looks and lack of features, the Brio is losing its charm. So much so, that we expect it to be discontinued in 2019. The sales have already fallen to double-digit figures and in November 2018, Honda had only sold 10 units of the hatchback, which has the coolest bootlid, entirely made up of glass! Honda has confirmed that the thoroughly updated Brio, which was revealed in Indonesia earlier this year, is not India-bound. The carmaker might ditch the Brio nameplate in the country altogether. 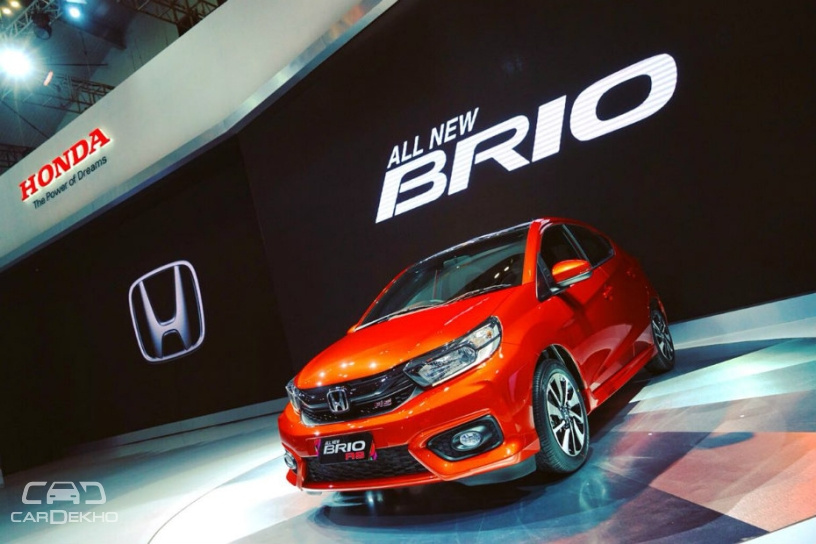 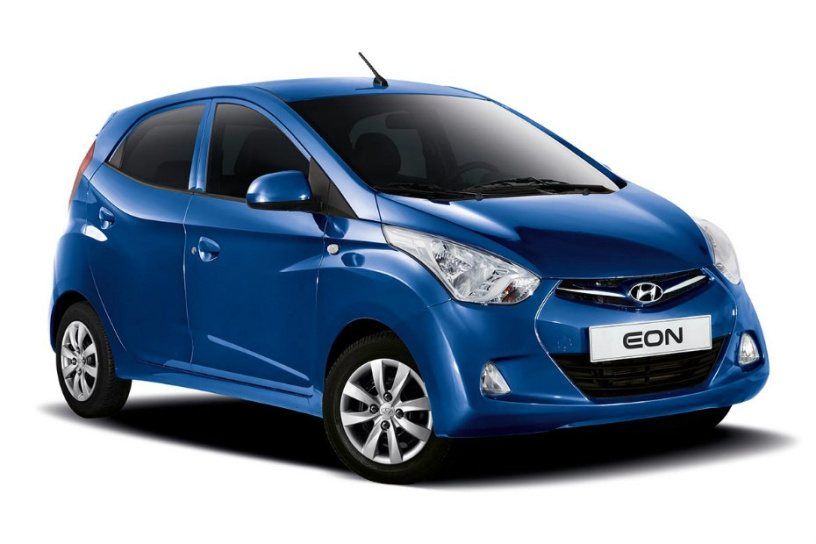 Santro’s comeback has certainly affected the EON, which hasn’t received any facelift/update since its inception in 2011. The cannibalization effect is probably the result of features that the Santro packs at an acceptable premium. Moreover, it is also underpinned by the Grand i10’s platform, which makes it significantly bigger than the EON. In fact, the rear cabin space of the Santro is more than the Grand i10’s as well! Besides this, the Eon certainly seems to be on the verge of discontinuation until it gets a new generation, as it won’t be able to pass the upcoming safety norms. 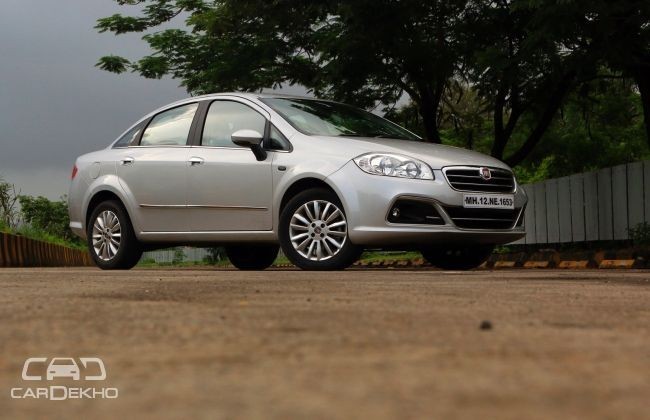 These cars have had the poorest sales for the longest time compared to other cars in this article. Moreover, they are also the oldest cars in their respective segment. The Linea, in particular, averages around less than 10 units for nearly a year. The Punto is the bread and butter model for Fiat, but it also retails in the range of 50 cars a month. And this figure is combined of the entire Punto range, which includes Avventura and Urban Cross. These cars might be discontinued next year as with these sales figures, these models don’t make for a viable business decision. The Abarth might carry on as a made-for-order model and retail from the combined FCA dealerships alongside Jeep until Fiat launches an ‘all-new’ model. 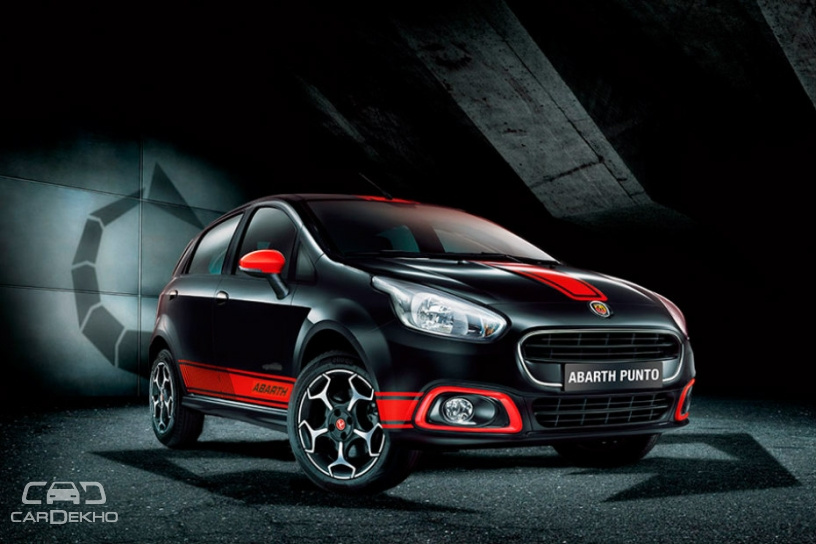 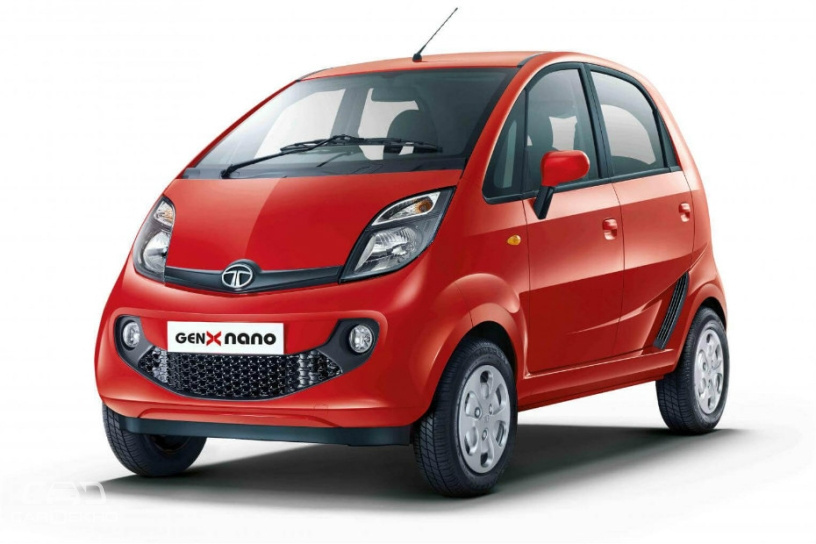 It was the Nano that had put India on the automobile world map as it was the cheapest car on sale globally at the time of its debut. The Nano never really come out of its cheap tag and certainly never managed to meet expectation that Tata had set. It has now become an emotional product for Tata Motors as the kind of sales it is attracting at this point in time is certainly too low for the most economical car in the world.