The race concept could spawn a faired version of the CFMoto 250 NK, India-launch likely 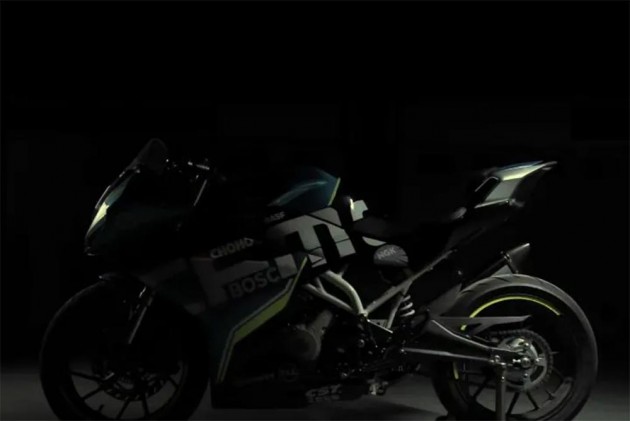 CFMoto has pulled the wraps off a small faired sports bike concept called the 250 SR. By the looks of it, the 250 SR uses the naked 250 NK’s underpinnings and motor. Given that it is a track-spec bike, it gets a track-inspired bodywork sans headlamp, tail lamp, turn indicators and mirrors. However, the overall bodywork gives a fair indication of what to expect from the production 250cc bike. 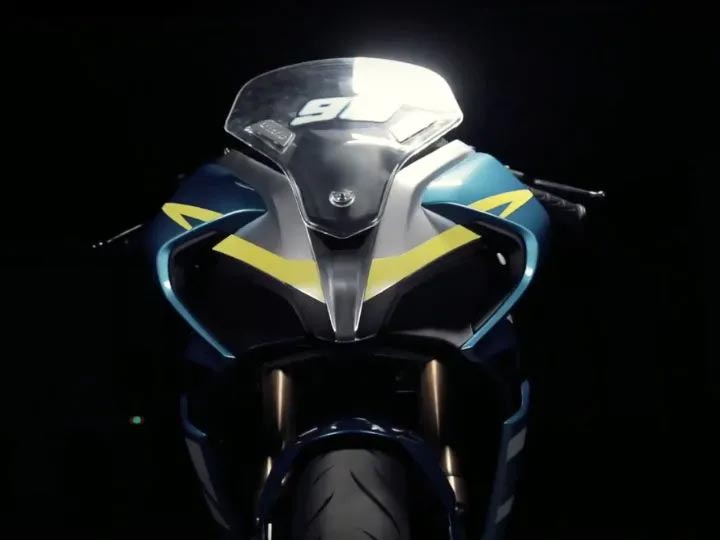 For one it has a sharp design.

CFMotos have been designed by KISKA, the same firm that designed modern KTM’s and we expect nothing less from the 250 SR.

We particularly love the tail lamp with its two intakes. The naked CFMoto 250NK gets LED headlamps, tail lamps and turn indicators and the upcoming faired bike might carry forward the same. It might get a twin LED headlamp setup placed inside those massive air-scoops. We do not expect the Akrapovic exhaust to feature on the production bike, rather the underslung exhaust unit from the 250NK. 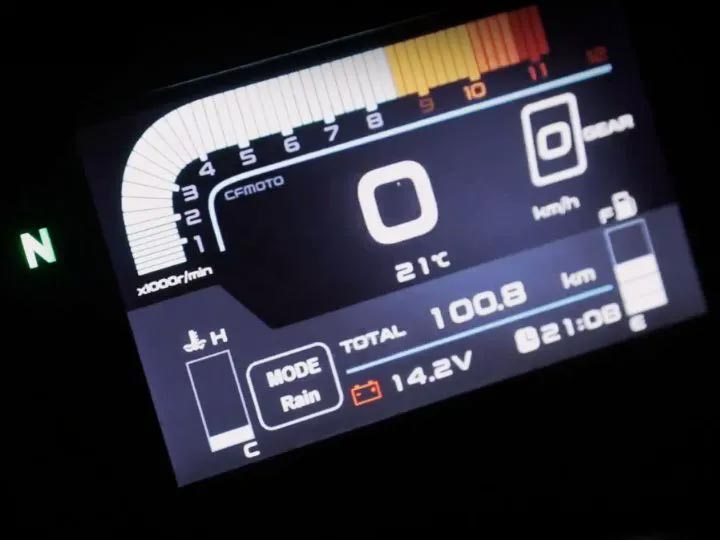 It gets a committed riding position thanks to those clip-ons and rearset footpegs, something we expect to feature on the production version as well. It gets a large colour TFT screen which shows the speedometer, tachometer, gear position indicator, fuel gauge, ambient air temperature and engine temperature. It also gets rider modes, something that might not make it to the production bike. 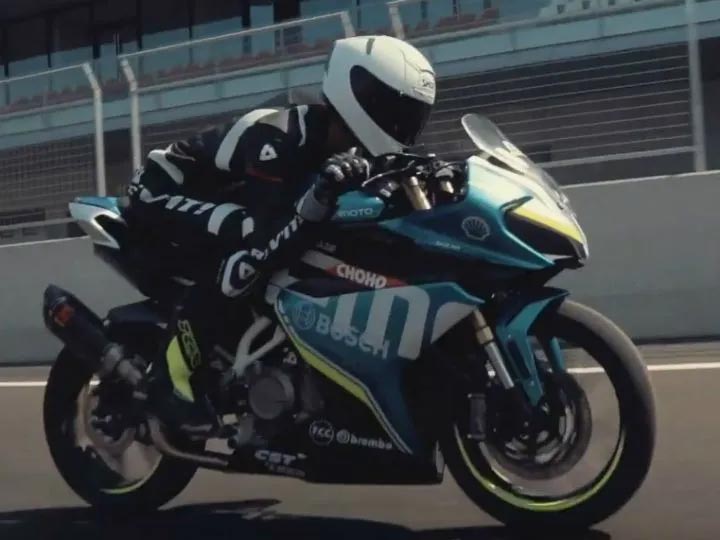 The concept motorcycle appears to carry the naked 250NK’s chassis and suspension setup comprising of upside-down forks and monoshock. It would also be economically viable for CFMoto to share parts between the two 250cc bikes and have the same underpinnings for the production faired 250. While the concept race bike features front Brembo monoblock calipers, they would be an overkill on the roadgoing bike. It would make logical and economic sense to use the radial caliper brake setup of the 250NK instead. 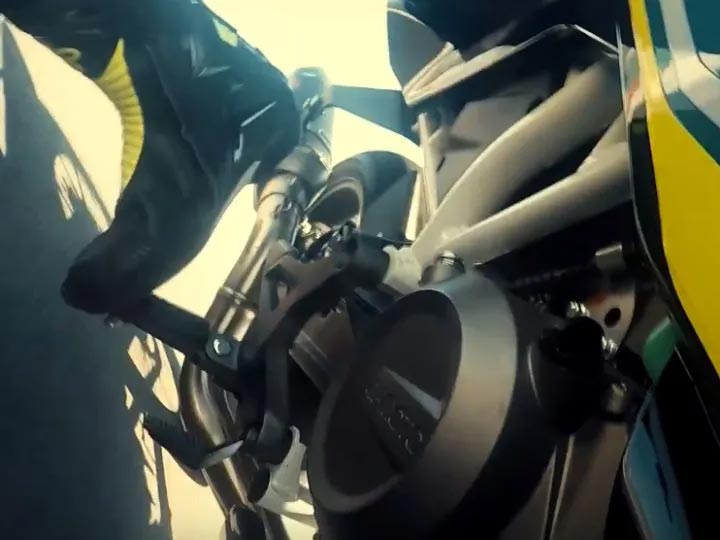 The 249.2cc liquid-cooled motor from the 250NK is expected to be carried over in the production bike. While that single-cylinder motor makes 26.5PS and 22Nm, it could have a different state of tune on the faired 250 SR. 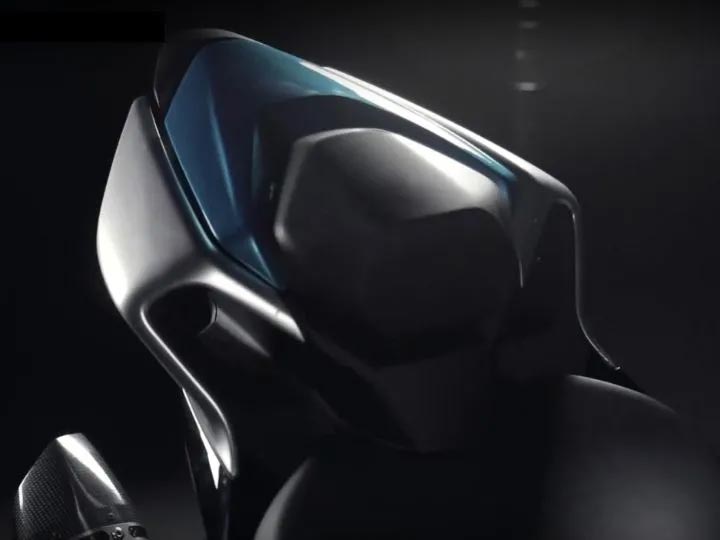 While details are scarce, we expect the new bike to launch in production form at the upcoming EICMA in November. We spoke to CFMoto India and they are quite keen to get the faired 250cc bike here. While they haven't commented on a launch date for India, we expect it to be introduced next year. The new motorcycle is likely to be priced around Rs 2 lakh. Once launched, it will face competition from the KTM RC 200, Honda CBR250R  and upcoming Suzuki Gixxer 250. 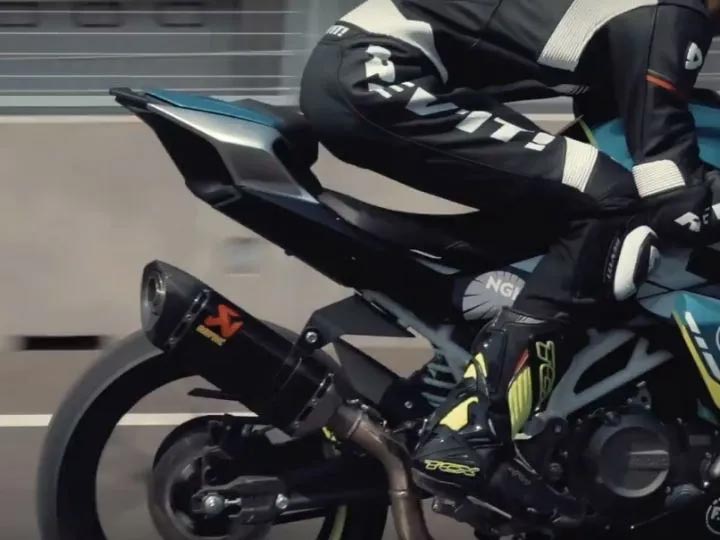