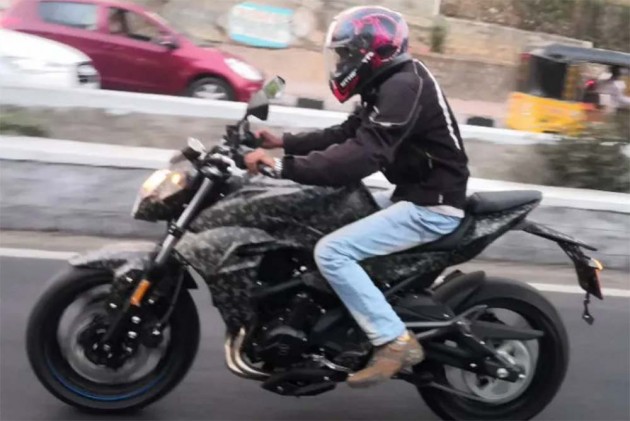 CFMoto is all set to enter into the Indian two-wheeler segment by mid-2019. The company is planning to bring its entire international model portfolio in India, except for the 150NK. As of now, we have already seen the 250NK, the 650NK and the 650MT being tested on Indian roads. However, we would like to add a new name to the list: the 400NK. The street naked motorcycle was recently spotted testing in Hyderabad.

The 400NK follows the same design language as its stablemates, the 250NK and the 650NK. It has been designed by Kiska, who is also responsible for giving us the insane-looking KTM lineup. While the 650NK which was spotted a while back featured an LED setup at the front, the 400NK gets a bulb-type setup. 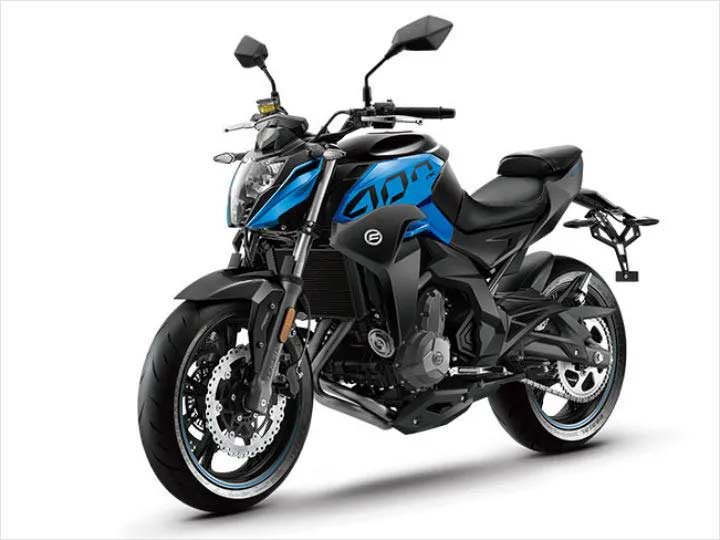 Suspension setup includes telescopic forks up front and an offset monoshock at the rear. The street naked motorcycle tips the scale at 206kg, which is quite heavy for a motorcycle in its segment. Just to put things into perspective, the 400NK is 10kg heavier than the Benelli TNT 300 and a whopping 51kg heavier than the KTM 390 Duke!

Stopping power comes from 300mm dual-piston calipers at the front and a single 220mm caliper at the rear. Dual-channel ABS will be offered as standard. It is equipped with 17-inch alloy wheels shod with 120/70 and 160/60-section front and rear tyres, respectively.

CFMoto will bring the 400NK as well as its other motorcycles to India via the CKD route and assemble them at AMW’s facility in Hyderabad. As the 400NK will be a CKD product, it will attract a fairly high price tag. We are expecting it to cost somewhere above Rs 3.0 lakh (ex-showroom).