Do you fancy yourself a Predator-styled super naked? Well, your wish might just come true 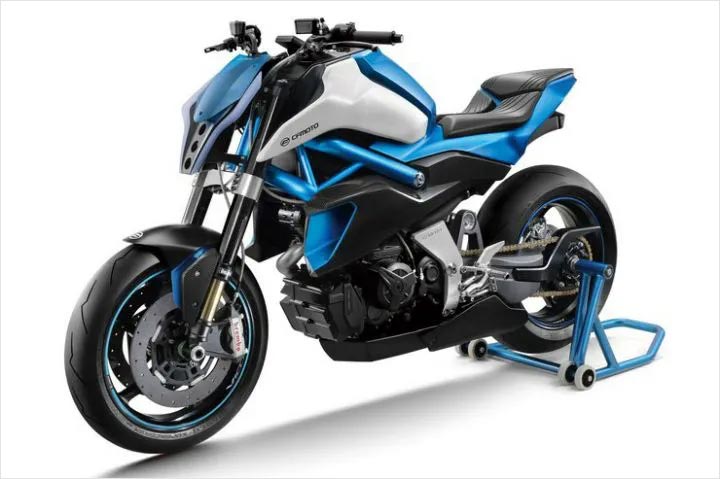 A few years ago, CFMoto unveiled an insane naked motorcycle called the V.02-NK concept. With its unique alien-esque styling, the concept motorcycle was a hot topic back then. But there was no word whether the motorcycle will head into production or not. However, images of the production version of the motorcycle have now surfaced online and lucky for us, it looks almost similar to the concept.

The super naked motorcycle will be CFMoto’s flagship model and it’s designed by KISKA. Yes, that’s the same brand responsible for penning KTMs. However, the design firm has given the V.02-NK a different approach. From a Predator-styled headlamp to the three-piece seat unit, the V.02-NK is bound to turn heads. Also, there are (massive) air ducts on either side of the bike which feeds air to the radiator that is located under the seat.

According to various reports, the upcoming motorcycle could be powered by a 1,000cc engine, making it one of the most powerful Chinese motorcycles ever. The trellis frame is suspended on Ohlins suspensions at either ends. Braking hardware consists of dual discs at the front and a single unit at the rear. Dual-channel ABS will be thrown in as a standard safety feature.

CFMoto is likely to begin the production of its most powerful motorcycle by the second half of next year. That said, we expect the manufacturer to unveil a 700cc parallel-twin naked motorcycle at this year’s EICMA motor show.