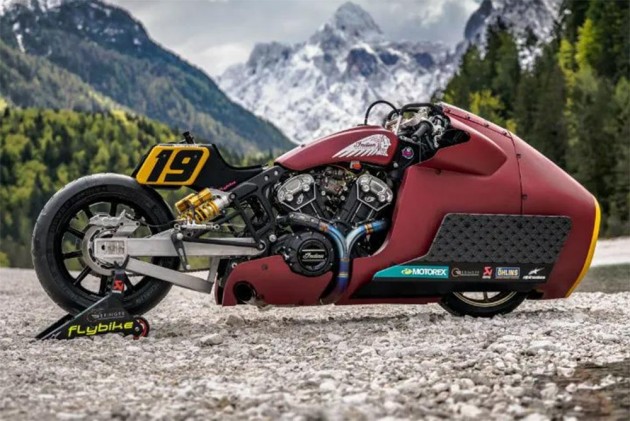 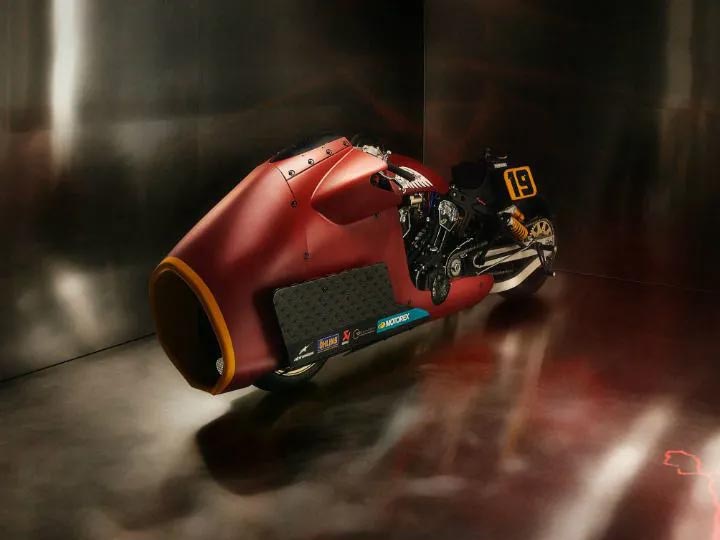 Back to the Appaloosa, then. The front end of the Appaloosa has been completely redesigned and it now looks more like a fighter jet than a standard Scoot Bobber! Behind the prolonged front end is a tiny 2.5-litre fuel tank, which the company says is enough for sprint racing. To adapt the new riding style, Indian Motorcycle has changed the rear subframe and added lower-set clip-on handlebars as well as drag racing-style foot controls. 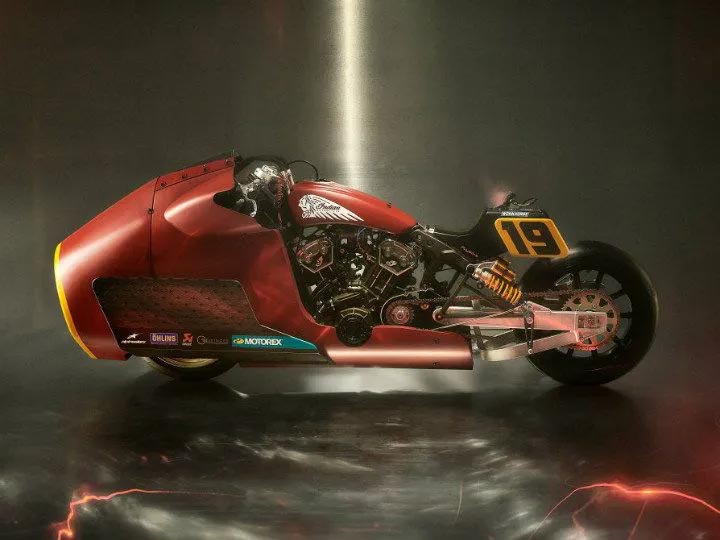 Further changes include an extended swingarm and custom made suspension setup (fully adjustable fork up front and piggyback shock absorbers at the rear). The engine is the same unit as the standard Scout Bobber. However, by remapping the ECU, adding Nitrous Oxide injection system, Akrapovic exhaust, direct intake, and a Power Commander, the company has bumped the power from 94PS to 130PS. Transferring 130 horses to the rear wheel is done via a chain drive system instead of belt drive as seen on the standard Scout Bobber. The special-edition motorcycle features a quickshifter as well. Stopping this beast is not a small thing and is done by two 230mm discs per calliper.