Enzo Ferrari : Love It, Hate It. You Can't Ignore It

On his 121st birth anniversary, we take a look at the Ferrari which literally bore his name. 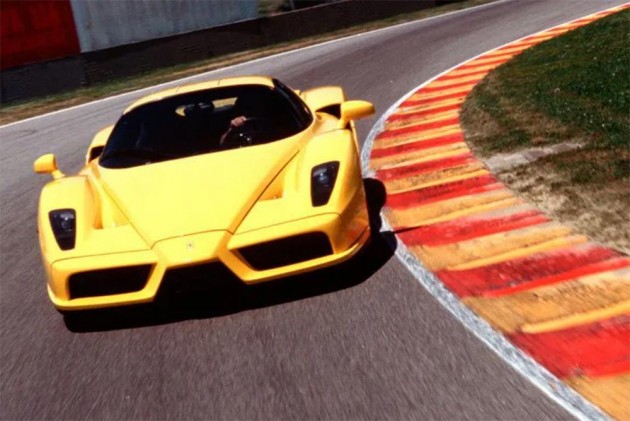 Before the Enzo, Ferrari fanboys had the beautiful GTOs, F40 and F50 to look up to. When launched in 2002, it had everything that made its predecessors famous. Mind-blowing power from a uncompromised V12 motor, a carbon-fibre chassis, one of the first road-application of a dual-clutch transmission, carbon-fibre ceramic brakes and active aerodynamics made this feel like an F1-inspired supercar for the road - good enough to woo about 399 people ready to plonk $650,000 (Rs 6.64 crore today, taking into account inflation). But unlike other flagship Ferraris, the Enzo was met with mixed responses, especially because of its aerodynamic design. 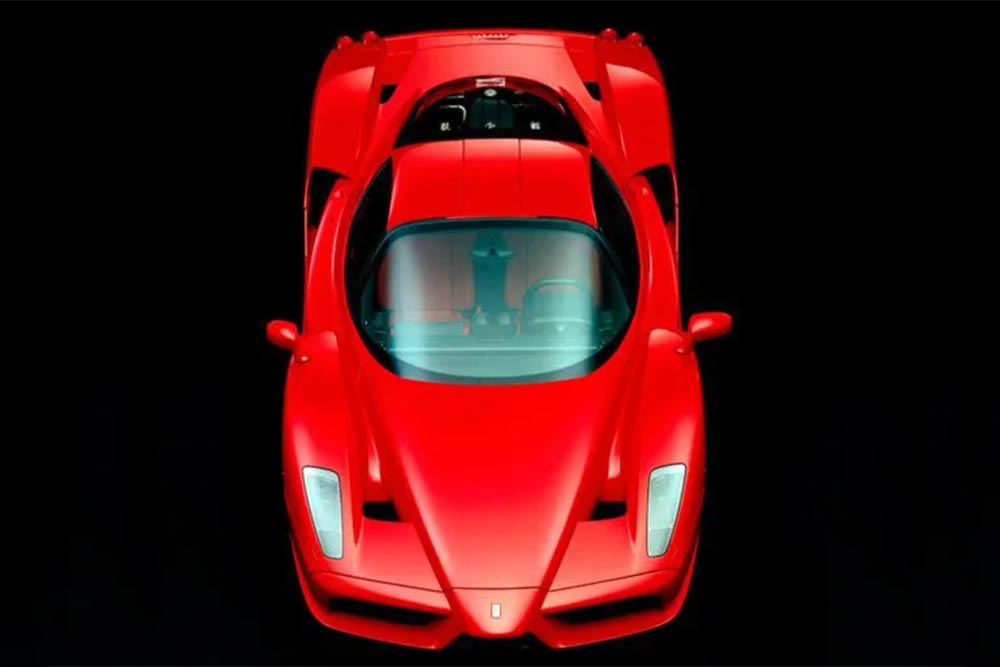 Fans reacted to the Enzo the way many are reacting to the McLaren Senna currently. The Enzo’s F1-inspired V-shaped nose, aero-tunnels beside the headlamps, sharp air exhausts behind the front fenders, wraparound windshield and sharp intakes helped the car aerodynamically - but not visually. The softer curves out back clashed with what many thought were ‘flashy’ lines at the front. What many forgot was that the smooth-and-curvy lines of yore were not actually the best aerodynamically. The aero devices on the body and under the floor helped develop 775kg of maximum downforce, making it a rather stable car at very high triple digit speeds. 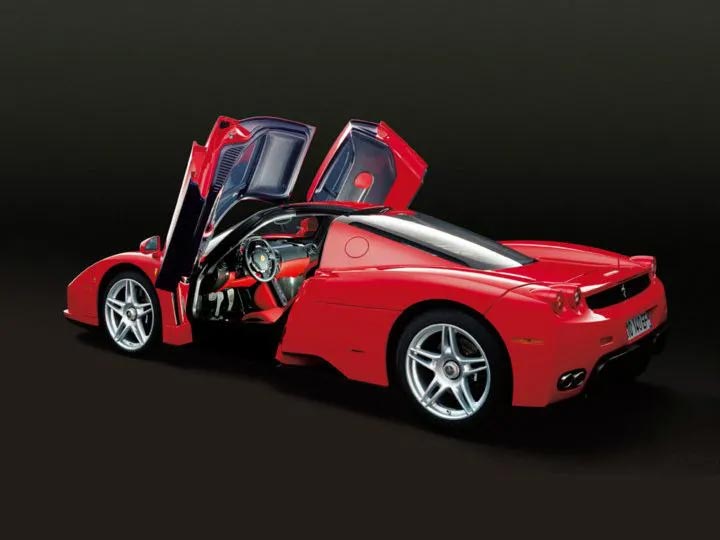 Once you could look beyond the apparent styling issues, the Enzo wowed you with all sorts of tricks and unbelievable numbers. The butterfly doors, hinged on the upper A-pillar, created a great first impression. It revealed an interior which seemed sparse at first but was actually showed the carbon-fibre and aluminium honeycomb chassis in all its glory - with leather added to places where they needed to be. Most of the driving controls were as close to the steering wheel as possible, including a paddle-shift-only transmission system connected to an F1-inspired dual-clutch transmission. 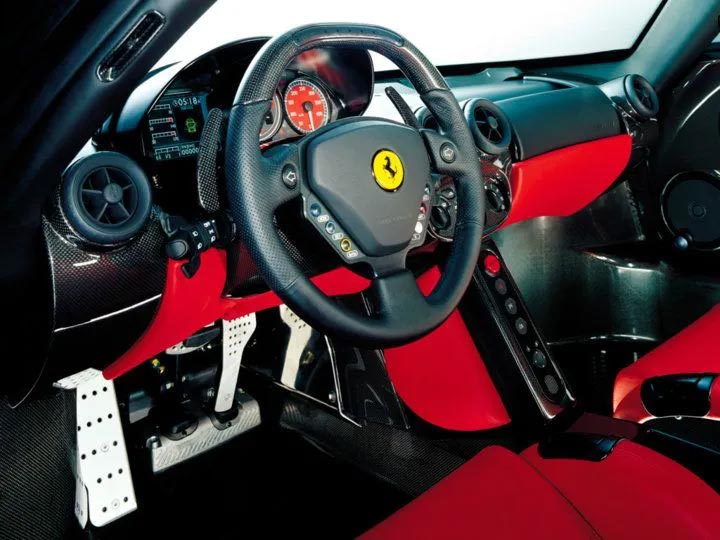 The interior looks minimal when compared to modern supercar standards. That’s because you couldn’t even get a music system let alone a multimedia screen infotainment system in this Ferrari. Instead, you had to be content with the sensual intake sounds and hair-raising scream from the 6.0-litre V12 as it raced to its 8200rpm redline. How cool is that? 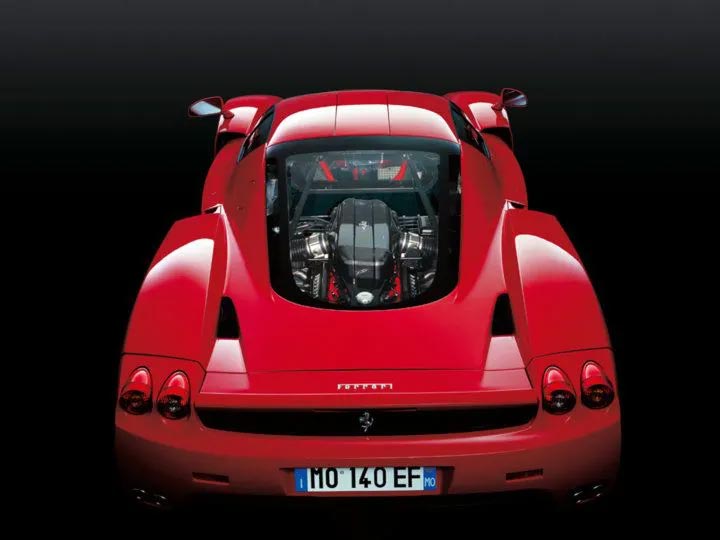 That 6.0-litre V12 was unique for Ferrari, placed under a glass cover for the world to see but only accessible by lifting the whole tail-section up. It developed a peak torque of 657Nm at a relatively low 5500rpm - a feature introduced after customers of the F50 complained of difficult slow-speed driveability and the lack of mid-corner punch at the track. The then most powerful naturally-aspirated motor ever used in a road car would go on to power future fast Ferraris, including the aptly named 812 Superfast. 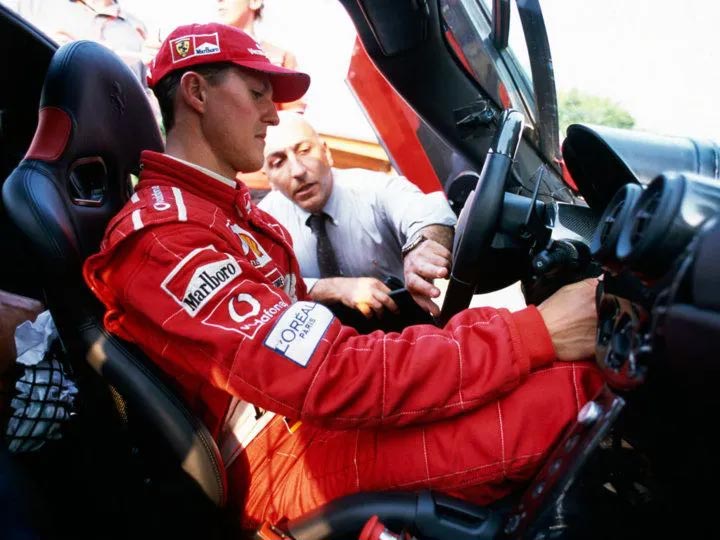 The F1-inspired dual-clutch transmission was exciting because it promised shift times as low as 150 milliseconds. However, it was also hated by purists because it meant the Enzo would not get a manual transmission. Being one of the first of its kind to be used on the road, it did receive some criticism for being clunky at low speeds. But it did allow the Enzo to accelerate from 0-100kmph in 3.14 seconds and go on to hit a top speed of 355kmph. Today, nobody bats an eyelid at the mention of a car being fitted with a dual-clutch transmission! 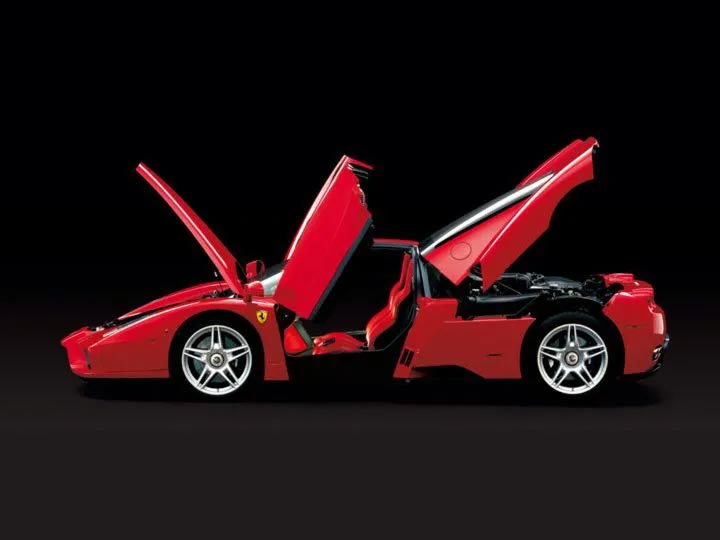 The Enzo Ferrari lives on even after the 399 limited units were lapped up (very quickly) by Ferrari loyalists around the world. Yes, you had to be invited to buy this pinnacle of technology from Ferrari. It inspired a lot of cars from the Maranello-based manufacturer - the V12 engine has been used on the 599 GTB, 599 GTO, FF, F12berlinetta, F12tdf and the 812 Superfast. The Enzo itself is being used as a technology testbed even today in the form of the FXX Evoluzione program. The V12 now develops 872PS of maximum power and does the 0-100kmph time 2.5 seconds while the dual-clutch transmission shift times have been lowered to 60 milliseconds and the top speed increased to 365kmph. 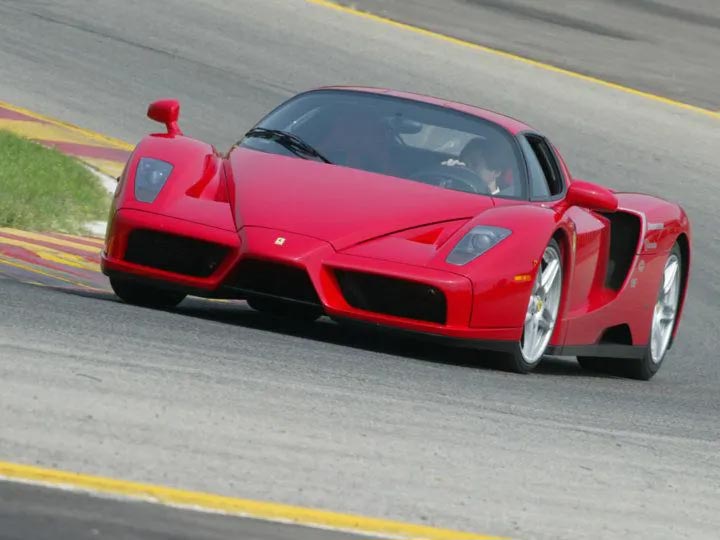 The legacy of Enzo Ferrari, the man and the machine that bears his name, will be revered for ages to come. You may love it or hate it, but you can’t dare ignore it!