There is lots more than what meets the eye, with an oriental twist 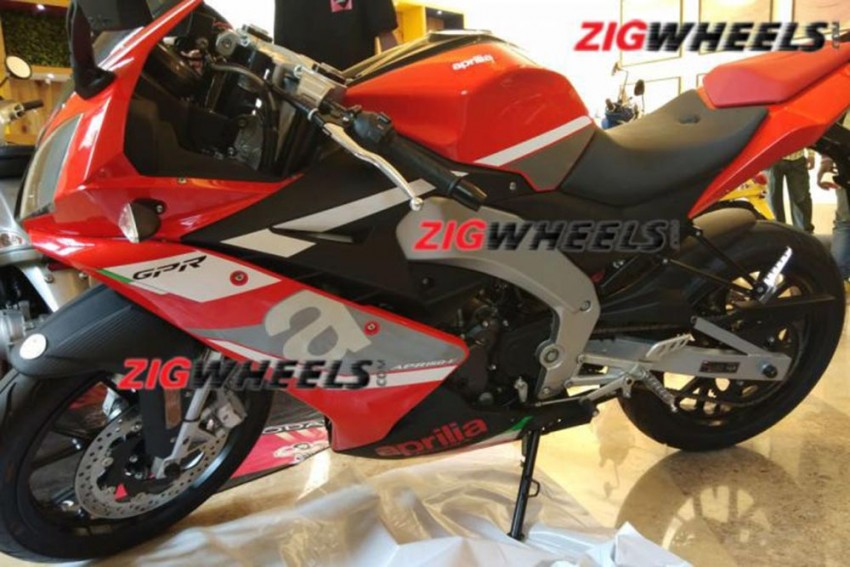 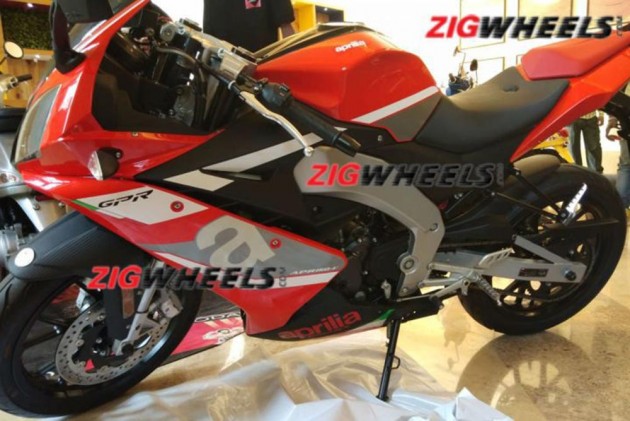 During last year’s Auto Expo, Aprilia had announced that it would be launching two premium 150cc bikes, the Tuono 150 and RS 150. The bikes were to be manufactured at Piaggio’s Baramati plant with the launch expected this year. Now, pictures of a production-ready ‘India-spec’ RS 150, which was showcased at an Aprilia dealers meet in Goa, have surfaced online. This new Aprilia RS 150 looks quite different from the Euro-spec bike at the Aprilia pavilion at the 2018 Auto Expo. And we only say ‘India-spec’ at this time, as that is the word going around the internet. There have been no confirmations from any Aprilia India officials at this point. 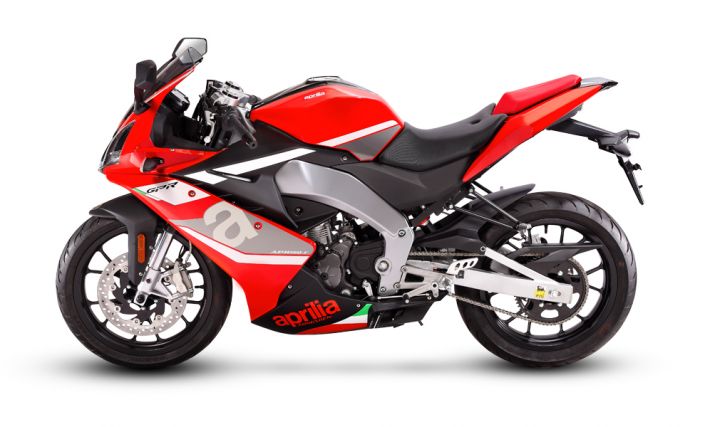 On further investigation, we found out that Aprilia manufactures a similar 150cc faired bike called the GPR 150 (APR 150-V) in China, in collaboration with a Foshan-based company called Zongshen. And the bike showcased at the meet looks identical to this Chinese motorcycle. Could it be that Aprilia India is planning to get CKD kits from China and assemble it at its Ahmednagar facility? Or does it plan to shift production of these bikes from China to India? While we can only speculate on that front, here's what we know for sure. 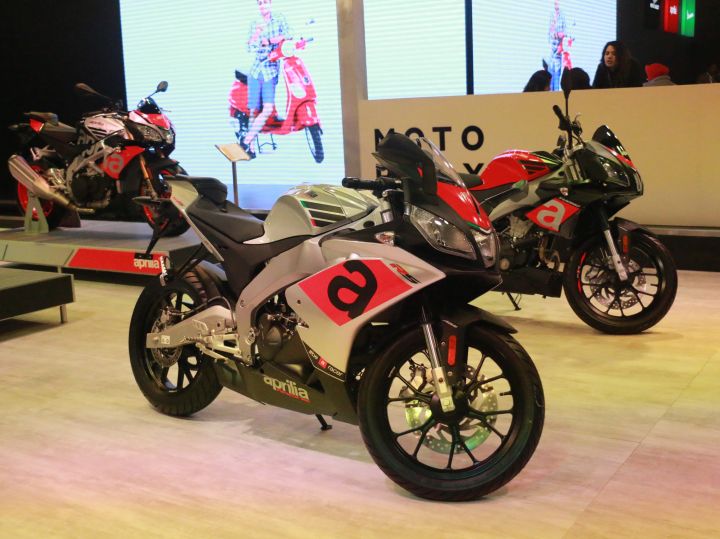 For starters, the bike gets a more conventional fairing instead of the floating fairing of the Euro-spec version. It also gets new graphics. The tail section too is larger, while the fuel tank features fewer curves. The rider seat is similar to the Euro-spec bike, but the pillion seat is wider and longer for a comfortable perch. Even the pillion footpeg mounts have been repositioned forward and away from the tail piece. Also, the mirrors and switchgear look different from the bike that Aprilia had showcased at the Auto Expo. 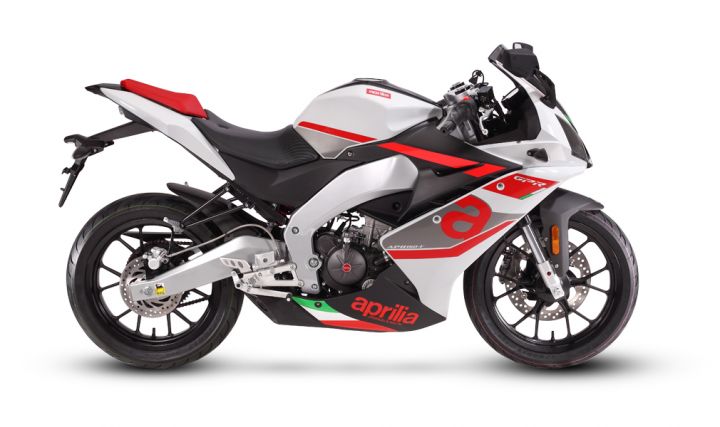 We can't comment on the motor or performance as the engine is hidden under the fairing. But Aprilia had mentioned that the 150cc bikes will be powered by a liquid-cooled, fuel-injected motor that would make close to 18PS of power and 14Nm of torque. Incidentally, that's the same output as the Chinese GPR 150. However, company officials had indicated that the bikes would make more power to try and take on their main rival, the Yamaha R15 v3.0. We do hope that's the case with the new bikes. 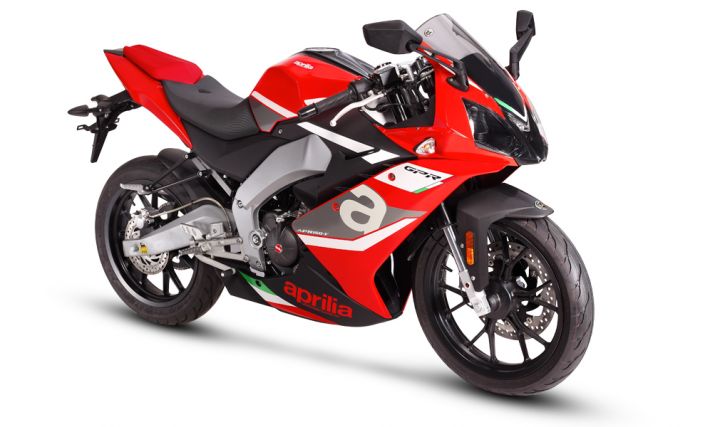 Thankfully, most of the underpinnings like the perimeter frame and upside down forks seem to be carried over. The bike features a smaller diameter front disc brake, while the tyres look a bit different too. Though it will certainly get ABS, it remains to be seen if it’s a single or dual-channel unit. Given Aprilia’s decision to position it as a premium offering, we would bank on the latter. 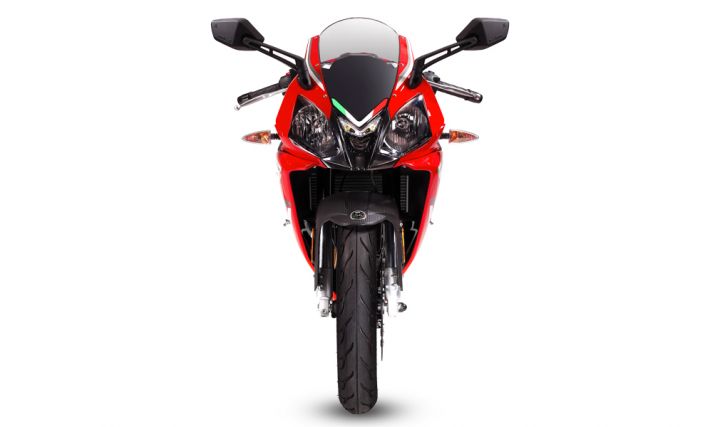 While we were expecting the bike to be launched at next year’s Auto Expo, this new development means an earlier-than-expected launch closer to mid-2019. As for pricing, we think that would be around Rs 1.6 lakh (ex-showroom).