Harley-Davidson Sends One Shocker Of A Teaser 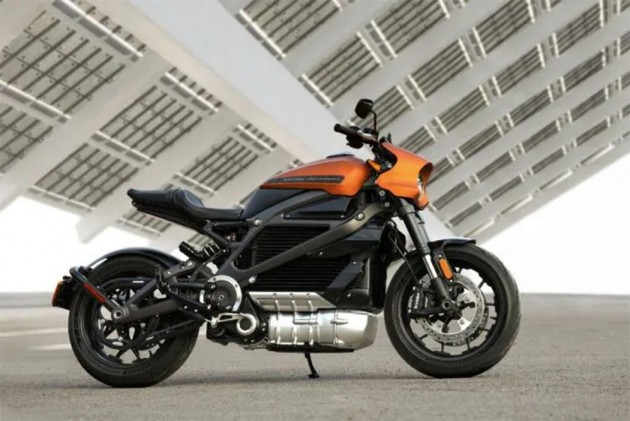 When Harley-Davidson first unveiled the LiveWire, it’s first attempt to go all-electric, it really shook the hardcore H-D fanboys to their core. Whether you like it or not, this is the future and it’s headed our way. The American motorcycle manufacturer is all set to unveil the LiveWire in India on August 27. After speaking to Harley-Davidson India officials, we’ve come to know that this will just be a showcase and not an indication of it being launched anytime soon. The company might be testing the waters with the showcase before entering the all-electric segment in India. In the US, the LiveWire retails at $29,799, which is around Rs 21.2 lakh (excluding taxes).

Powering the LiveWire is a 15.5kWh lithium-ion battery, which is good for 235km in the city and 152km out on the highway. How long does it take to get fully charged? In short - astonishingly fast! Harley-Davidson claims that the battery can be charged from 0-80 per cent in 40 minutes via a DC fast charger. That’s way faster than what it takes to charge a smartphone!

The electric motor produces 105PS of power and 116Nm of torque. And this is pure-electric power, mind you, which is available the moment you twist your wrist. However, when it comes to sheer power, the LiveWire loses out to the Xero SR/F on this front. The SR/F belts out a mind-numbing 156Nm of torque! That’s 40Nm more than the Harley. Apart from this, there are some other interesting facts about the LiveWire, which you can read here.

When launched in India, the LiveWire will be the first all-electric superbike from a major manufacturer, the other one being the Revolt RV 400. We have already ridden the RV 400, but the first ride report is under embargo until the launch.