Harley-Davidson University Workshop 2.0: Time To Break Out The Tools

We went back to university, and instead of books we were handed over some spanners and a Harley-Davidson Street Rod 750. Here’s how things turned out 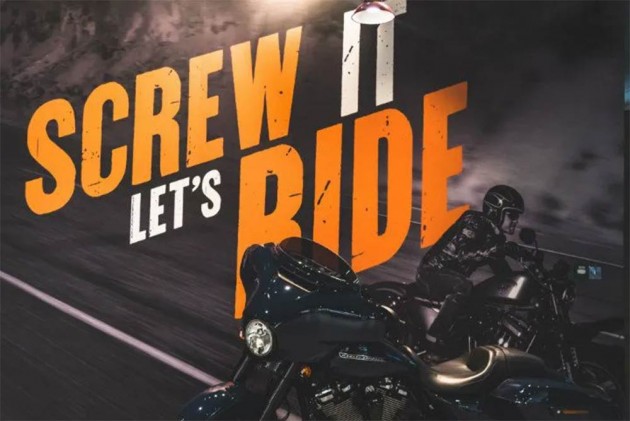 Before we start, I’d like to make a confession. I was never an A-grade student at school -- blame an erratic attention span for it, if you like. So when Harley-Davidson sent an invite for its university workshop (More than Just An Oil Change), I was a bit anxious. This was my first time working on a high-end motorcycle - or any motorcycle, for that matter - and so, I had set two goals for myself. The first was: ‘DO NOT drop a bike!’ To utter “Boss, I’ve dropped a Harley-Davidson” sheepishly over a phone call is only a little less embarrassing than to drop one without even being in the saddle! Second on my list was to learn as much as possible.

This is the second time that H-D called a bunch of motoring journalists to their university in Gurugram. In the first year, the idea was to dissect a brand new Milwaukee Eight engine and assemble it again. This time, though, the chaps at the Harley-Davidson University (HDU) decided that noobs like us shouldn't be trusted with what is technically the heart of a motorcycle. Instead, we had to service Harley-Davidson's 750cc motorcycles, the Street Rod 750 and the Street 750. 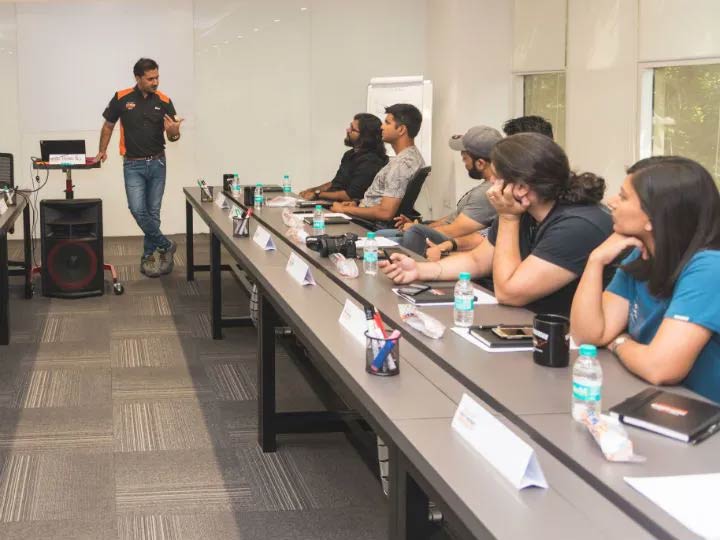 Before we stepped into the service area, we went through an hour-long presentation and during that time, our lead trainer, Pankaj Paul asked, “Who has serviced a motorcycle before?” In a room full of motoring journalists, only two hands went up, which meant 80 per cent of us were in for something new. In the service area, two enormous boxes were placed right in front of us. Hidden in those boxes were two brand-new Street 750s. Now, have you ever seen those videos of people unboxing phones on YouTube? We did just that, but instead of phones, we had to unbox motorcycles!

Now that the motorcycles were out, we were given a sheet which had more than 20 points that we had to check. These motorcycles were brought directly from the factory, so they were in mint condition. However, our job was to see whether the bikes have been damaged or not during transportation. 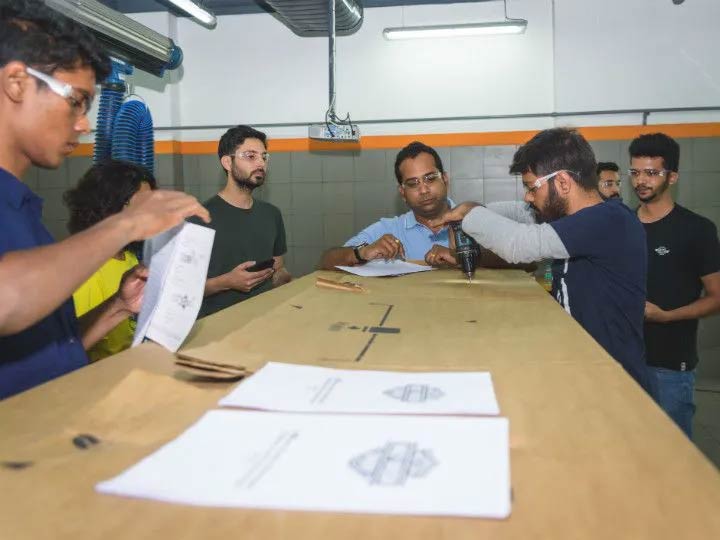 Once the inspection was done, we were divided into four groups -- two groups were handed over the Street 750 while the other two groups were given the Street Rod 750. However, these motorcycles weren’t the one that we just unboxed; instead, both were around 4 to 5 years old. From the moment a Street 750/ Street Rod 750 arrives for servicing until it’s delivered to the customer, there are around 15 steps involved while servicing these motorcycles. Don’t worry, I’m not going to bore you with all these procedures. Instead, I'll emphasise on a few of the most important ones.

Note: Each step is rated from 1 to 10 according to its difficulty level, 1 being the easiest and 10 being the most difficult process to perform.

The motorcycle which we were handed over was due for its fourth service, which meant it had clocked around 24,000km. So you must have an idea of how bad things were. Before starting off with anything else, we thought why not finish the messiest part first? The oil change.

First, we had to remove the oil from the engine, which was done by removing the main bolt situated underneath the motorcycle. After completely draining the oil, we had to make sure if the filter was still in good condition. For that, we had to remove the radiator cover, which was held by just two nuts. Once the radiator's out, we got access to the oil filter. As the motorcycle was scheduled for its fourth service, the filter turned out to be in pretty bad shape. There was no chance of fixing the filter and reusing it again. So we had to dispose it and install a new one. 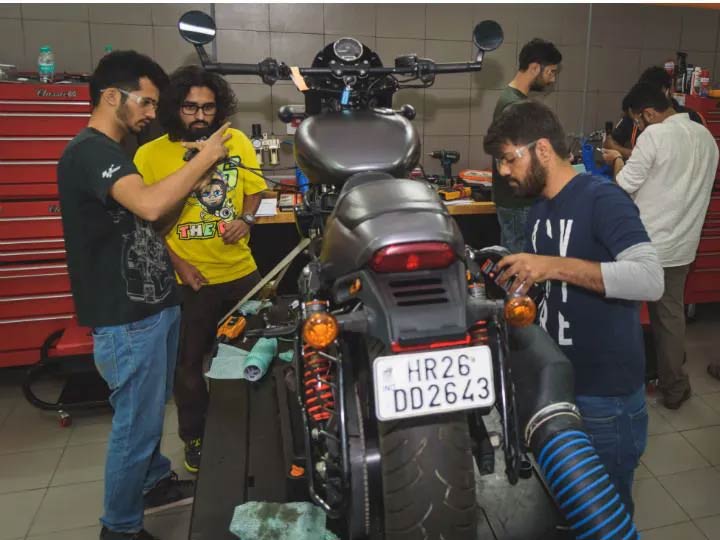 Once the new filter was in place, all we had to do was tighten the bolts in place and pour 2.5 litres of oil into the engine. Harley-Davidson doesn’t rely upon other manufacturers; instead, their engineers have come up with their own oil (20W-50). Then we had to check if the oil level inside the engine is precise or not. This is done by removing the filler cap and check whether the oil is visible on the dipstick. Yes, things got messy but it isn’t really difficult, to be honest.

Changing the air filter is the easiest task to perform while servicing a Street Rod 750. Once the main cover was out, all we had to do was remove the three main bolts. Thankfully, it didn’t need that much work and we put it back after rinsing it with a Harley-Davidson-approved cleaning agent.

Honestly, this was the most tiresome procedure of them all. While most of them can be performed by a single person, for this, you need a pair of hands to help you out. While I was given the duty to loosen up the brake reservoir cap and pour the brake oil, my teammates were removing the bolts from the front brake calliper. So, all I had to do was pour the brake oil into the reservoir and they had to attach a piece of equipment which would suck all the air bubbles inside the tube along with the leftover oil particles. 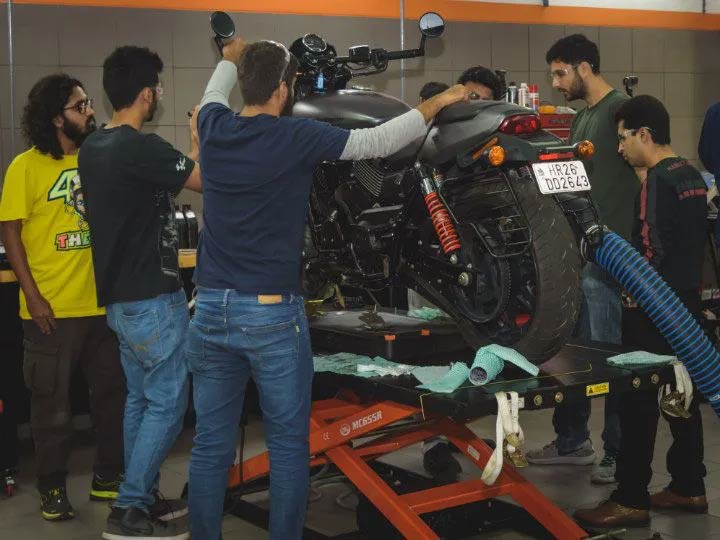 The most important part here is to make sure that there are no air bubbles being formed inside the tube. This can hamper the braking performance of the motorcycle. So, as it was about someone’s safety, I had to make sure that I don't divert my attention. After struggling for the first few minutes, we finally changed the oil and I’m happy to report that no air bubbles were formed. 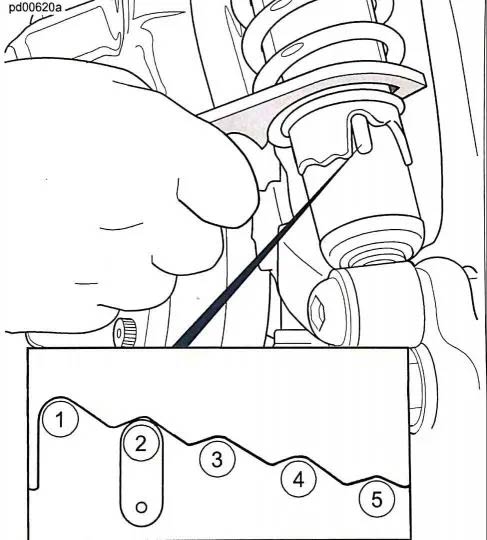 For this section, we switched over to the Street 750, which comes with preload-adjustable shock absorbers at the rear. We were taught how to adjust the preload setting as per the pillion’s weight. Using a specific spanner, we had to either loosen or tighten the shock absorbers. For a better understanding, take a look at the table below:

As you can see, if you are under 75kg, the suspension setup will be on the softer side. Whereas if you come under section 5, you need to make sure that it is on the stiffer side to absorb the added weight and to cut out any wallowy movement.

It would be wrong for me to say that I didn’t have fun at the HDU. In fact, I’ll even go out on a limb and say that it was a much better practical session than I had attended during my school life! The tasks which I performed at the HDU were a wee bit difficult. However, that doesn't mean they couldn’t be done single-handedly. All you need is a jack to lift the bike up and proper tools and you can service your Harley in your backyard! 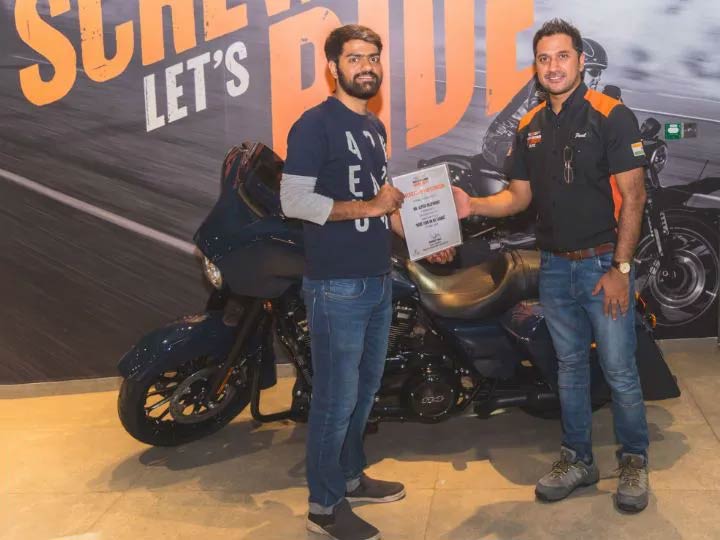 As far as my experience is concerned, remember the two goals which I had set for myself? Well, thanks to HDU, I've learned how to service a Street Rod 750 and if you want, I could do it for you. But don't expect the same level of craftsmanship that you would expect from a certified Harley technician. Also, the grin which is plastered on my face is not because I completed the workshop; it’s because I did it without damaging the test bike or myself!