Here are all the important details that you need to know about Hero’s new full-faired offering, the Xtreme 200S 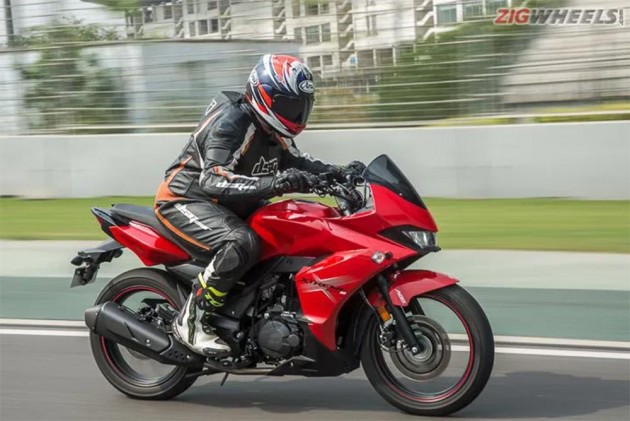 Though the Hero Xtreme 200S is based on the Xtreme 200R, the homegrown bike manufacturer says that the 200S is supposed to take the sportiness quotient of the 200R up a notch. So what exactly is the deal with this new 200cc entrant? 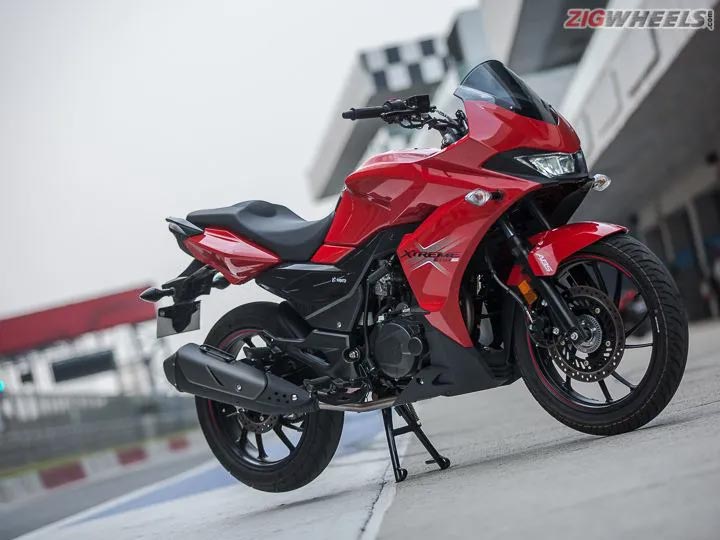 This is by far the most prominent design aspect of the Xtreme 200S. The fairing looks really well-designed and feels a tad reminiscent of the Suzuki Gixxer SF. There’s a bubble-type windscreen up top, which should help keep wind blast at bay. Since it’s an air-cooled engine, there are ample vents for air circulation and the fairing doesn’t cover the sides completely either. Compared to the Xtreme 200R, the side box and tail panels appear to be unchanged, but the number plate holder is shorter. Also, the high-set tail section complements the 130/70 rear radial rubber rather nicely.

Gets some nifty features: 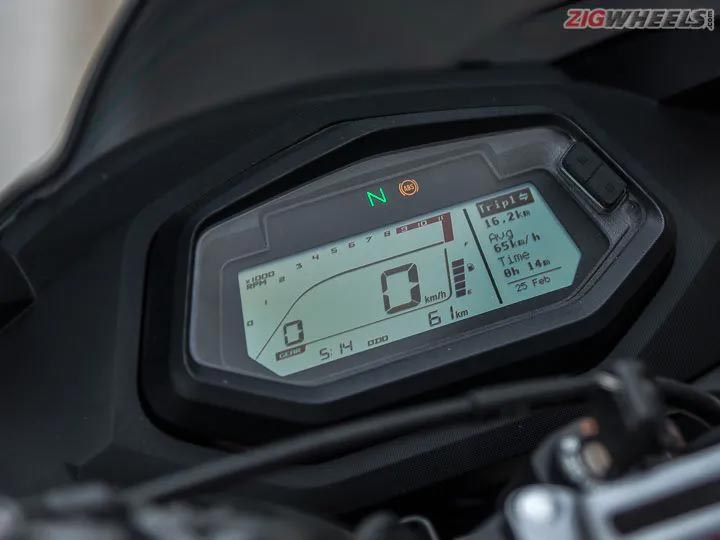 Apart from the windscreen, the Xtreme 200S is loaded with practical features like a fully digital instrument cluster, LED headlamp and LED tail light. The instrument cluster has been borrowed from the XPulse 200, so you get all the geeky bits like Bluetooth-enabled turn-by-turn navigation, call alerts and service reminders. What’s more, the console also packs in a gear position indicator apart from regular features like a tachometer, a speedometer, two trip meters with average speed indicator, an odometer, a fuel gauge and a clock.

The wide single-piece seat features a deep scallop for the rider and really helps the rider nestle into the saddle. Just like the Xtreme 200R, it also gets split-type grab rails.

Shares lots of bits with the Xtreme 200R: 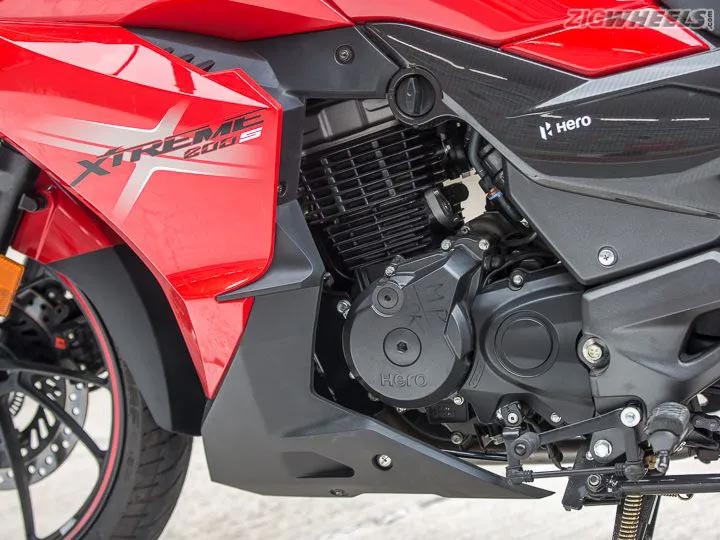 The Xtreme 200S borrows the 200R’s frame, underpinnings and even the engine, including the tuning! So the 199.6cc single-cylinder air-cooled motor churns out the same 18.4PS at 8000rpm and 17.1Nm at 6500rpm as the naked commuter. It features the same 37mm telescopic forks up front and a 7-step preload adjustable monoshock at the rear, and the diamond type frame is unchanged too. However in this bike, Hero has tuned the front forks’ damping properties to compensate for the added weight of the fairing.

Brakes include the same 276mm front and 220mm rear disc with single-channel ABS as standard. The motorcycle rolls on 17-inch alloy wheels wrapped with a 100-section front and 130-section MRF tubeless tyres.

Is priced quite attractively: 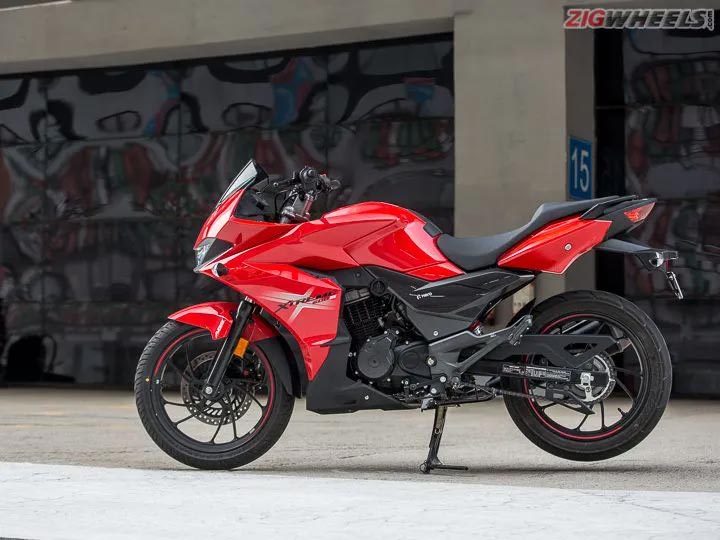 Even though the Xtreme 200S doesn’t get as many changes as we’d have liked, Hero has nailed the pricing really well. At Rs 98,500, ex-showroom Delhi, this is the second most affordable faired motorcycle in the country. For an extra Rs 7,600 over the Xtreme 200R, you get a nicely-designed fairing, a more info-laden fully-digital instrument cluster and a modern LED headlamp.

A potent alternative to other faired rivals: 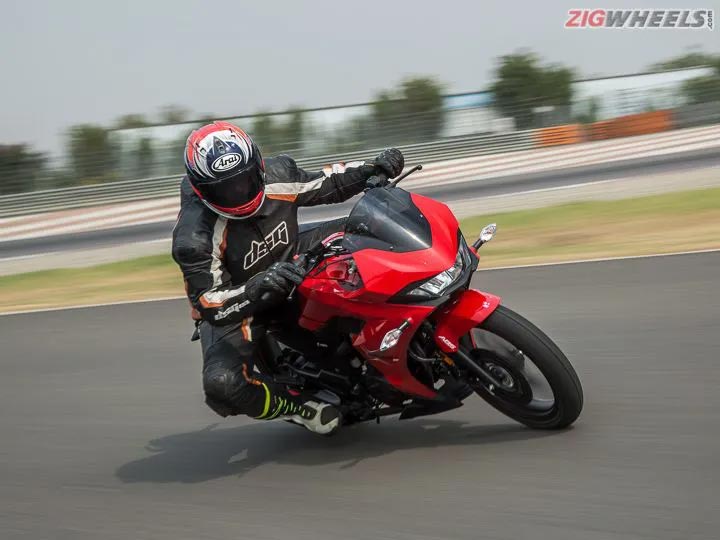 The Xtreme 200S competes against the Suzuki Gixxer SF and the Bajaj Pulsar 220F. The Japanese faired bike is just Rs 424 more affordable than the Xtreme but comes with a smaller engine making even lesser power and torque. On the other hand, the Bajaj Pulsar 220F makes 2.53PS and 1.45Nm more than the Xtreme 200S thanks to the slightly larger engine with oil cooler. But Bajaj’s half-faired bike is a whole Rs 8,028 more expensive than Hero’s full-faired one.

If you have more cash to spare, the only other ideal faired alternative would be the Yamaha YZF-R15 Version 3.0. Priced at Rs 1.39 lakh, this motorcycle may be a little expensive compared to the Hero but it comes with much more performance from its technology-packed liquid-cooled engine and even sportier ergonomics. (All prices are ex-showroom Delhi)