We had a go at the latest Honda offering and here’s what we think. Explained in pictures 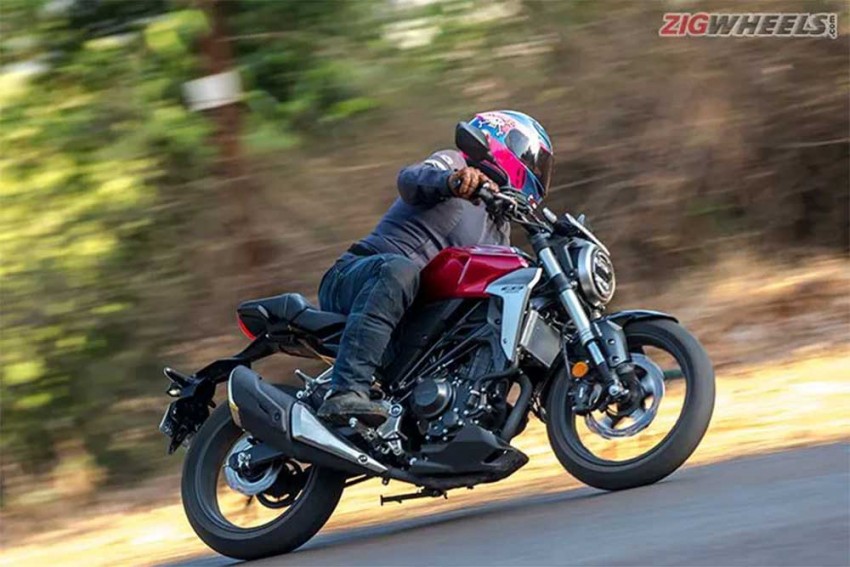 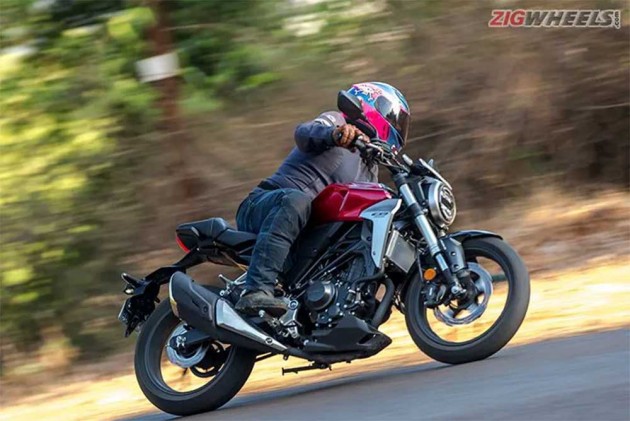 The sub-400cc motorcycle segment in India has grown at a rapid rate in the recent past. The competition is stiff with manufacturers like KTM, Kawasaki, BMW and TVS all fighting for the top honours. Royal Enfield recently raised the bar by launching the Interceptor 650 at the cost of a sub-400cc bike, leaving only Honda out of the equation. Something had to be done, and the Japanese giant struck back with its own 300cc motorcycle the CB300R. Too little, too late? Well, we had a go at it and here’s what we think. 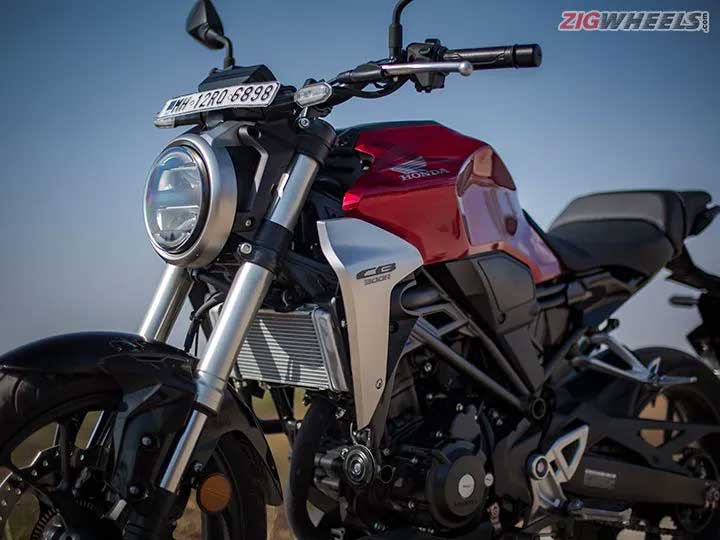 The Honda CB300R follows Honda’s Neo Sports Cafe design language and is sure to grab eyeballs no matter where you go. That said, it definitely leans more towards the modern side and that can be seen in elements like the plastic tank covers. 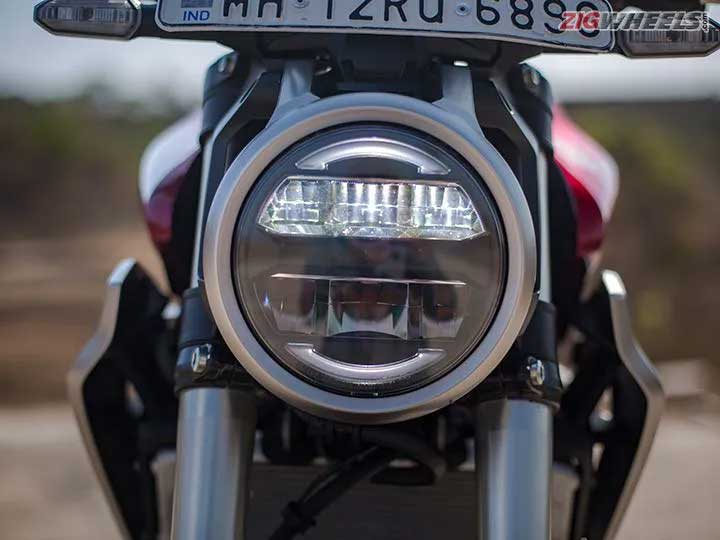 The CB300R may have a modern full-LED headlight, but its circular design manages to retain its retro charm. In terms of functionality, the spread of the headlamp is fairly decent, but it lacks intensity and throw. 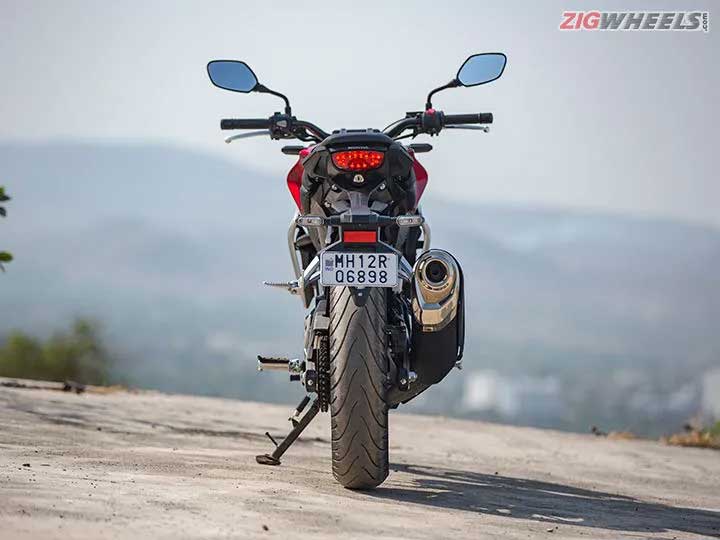 Its features LED turn indicators and an LED tail light too! 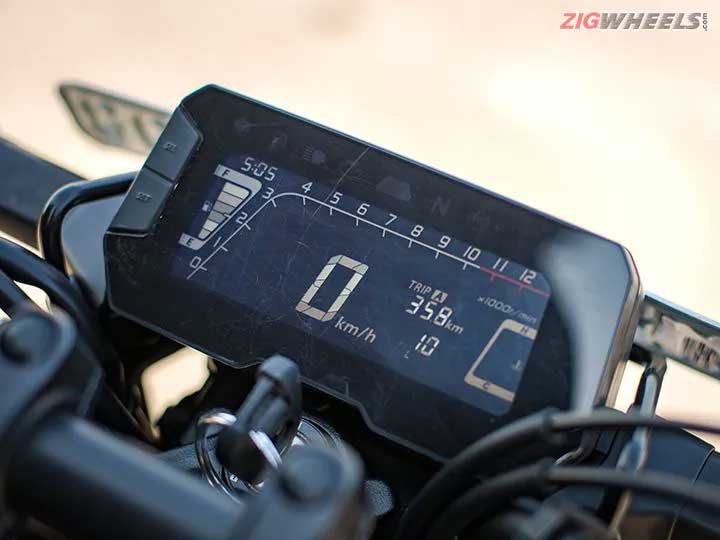 The CB300R’s full LCD digital-dash has a simple and effective layout, but misses out on a gear position indicator. 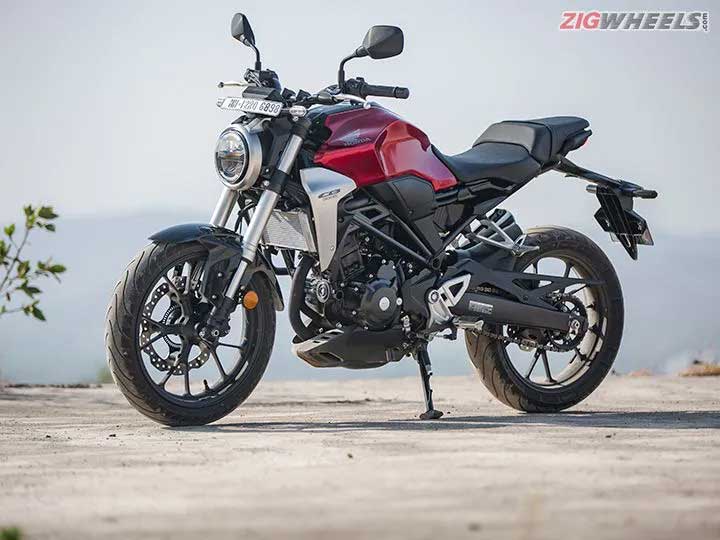 On the whole, the design is quite pleasing to the eye with the red colour lending enough flair to please our bling-loving audiences. 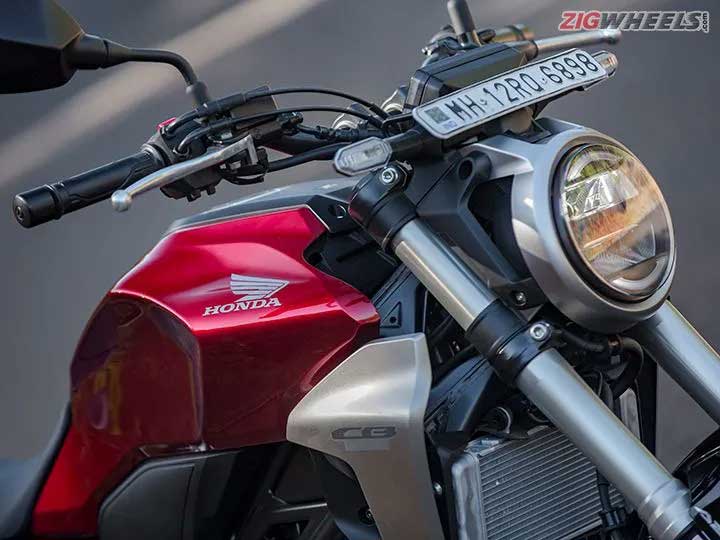 The plastics may not appear to be as tough as the ones on some high-end motorcycles, but for a bike in this segment, they’re very well finished and feel solid enough. 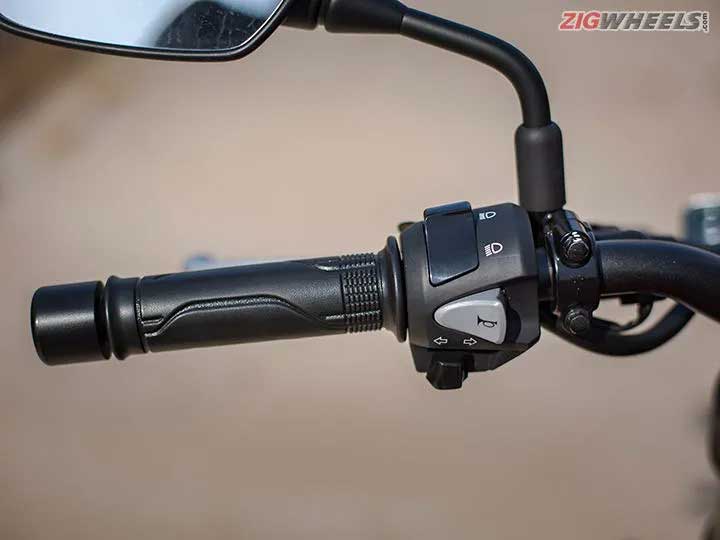 Weirdly enough, the left-hand side switchgear has controls for the indicator and horn interchanged. This gets really confusing and takes some getting used to. 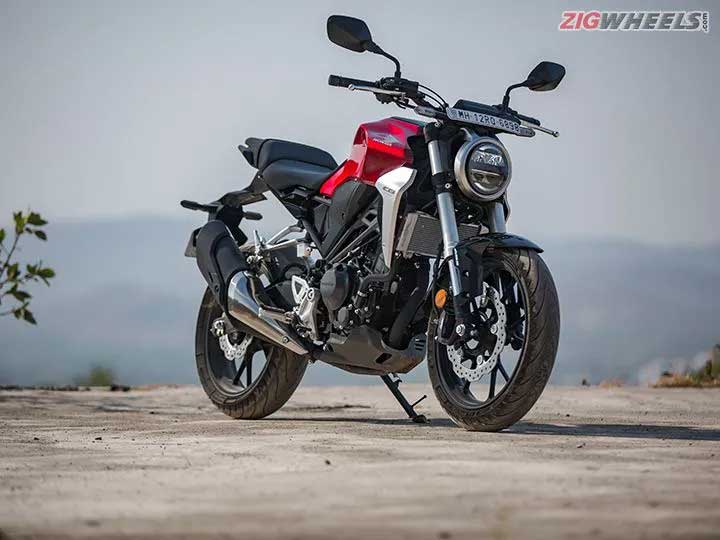 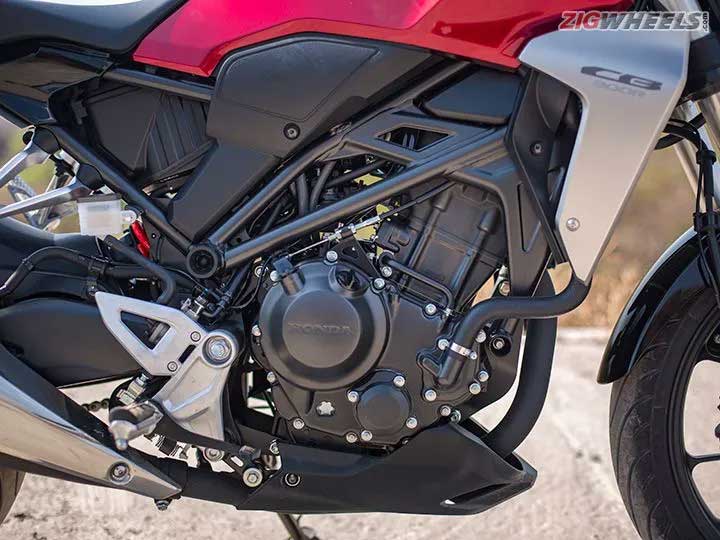 Coming to the heart of the matter- the engine. While this 286cc mill has the same bore as the CBR250R’s motor, it features an 8mm longer stroke (now 63mm). This configuration ensures that the CB300R’s motor doesn’t just make more power and torque, it makes it lower down in the rev range as well. 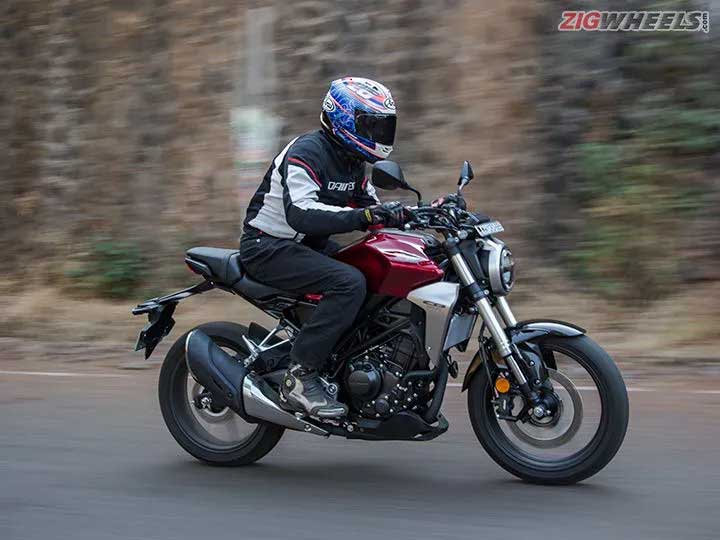 Even though Honda has detuned the engine to meet Indian noise emission laws, it still has a significant power advantage over the CBR250R. The bike even delivers an impressive fuel efficiency figure of 39.84kmpl in the city and 37.92kmpl on the highway. 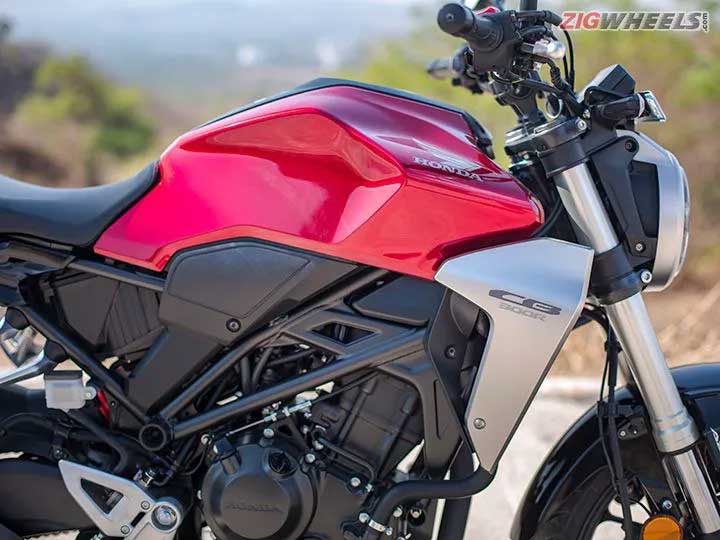 Unfortunately, it just gets a small 10-litre fuel tank, which, under normal riding conditions should be good for 300km. 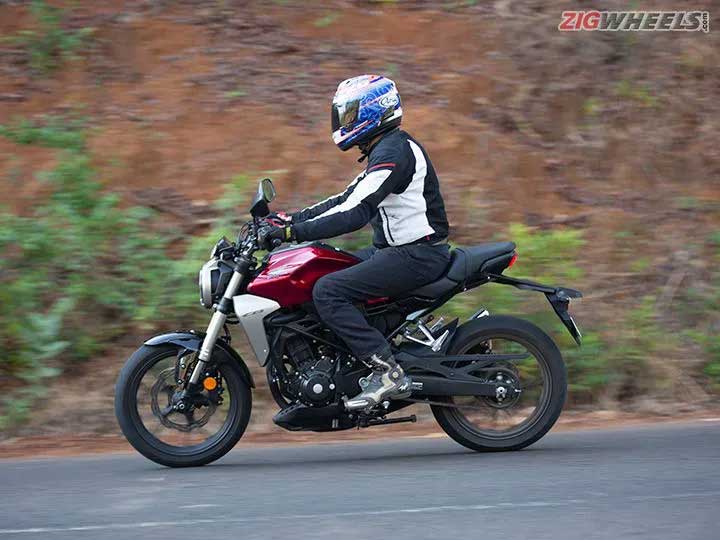 Sure, the Honda CB300R is a tiny motorcycle, but surprisingly, there’s enough room for the rider to move around. The straight handlebars offer more than enough leverage while a seat height of 800mm is accessible for riders of all heights. 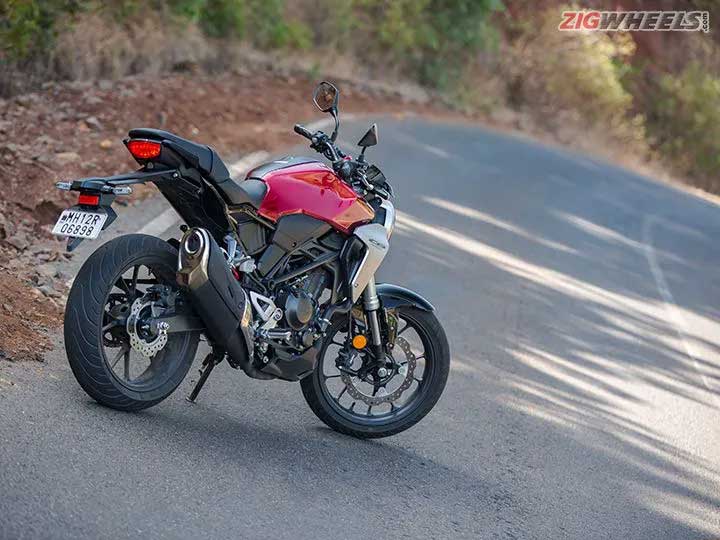 Weighing in at just 147kg, it’s fairly lightweight and easy to live with! 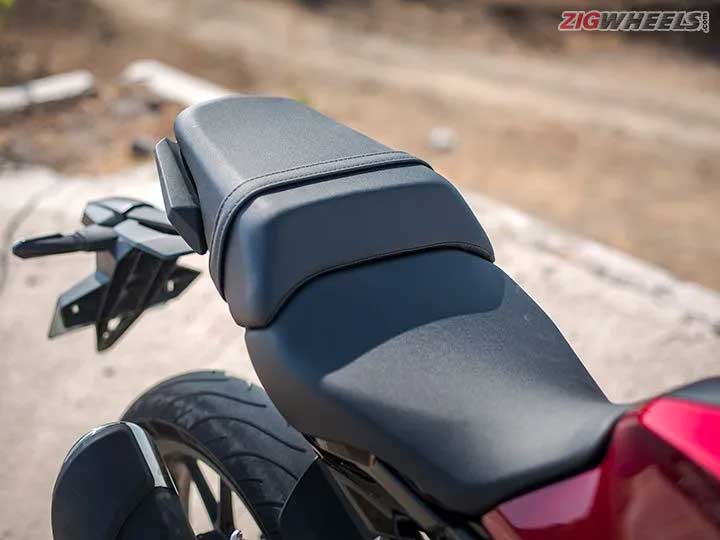 On the flipside, the rider’s seat is rock hard while only the skinniest of people can feel comfortable riding pillion on the CB300R. 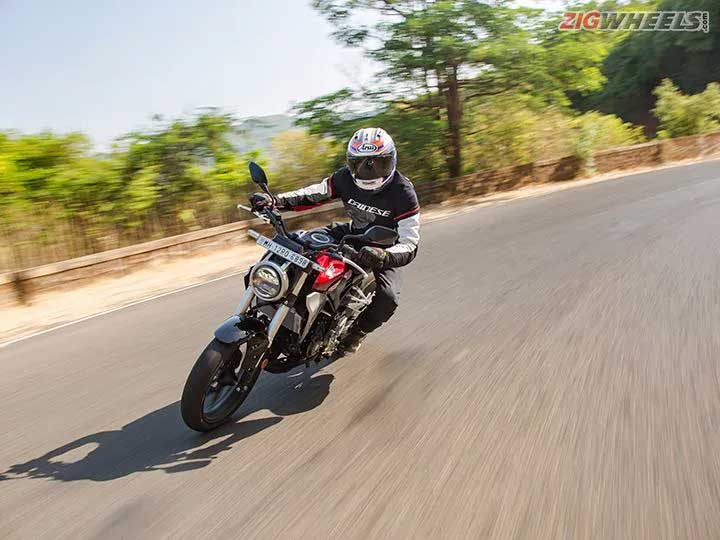 Being the smallest CKD offering from Honda, it’s quite surprising that its suspension is set on the stiffer side. The front end tends to skip over mid-corner bumps which can be very unnerving when leaned over. The rear end too feels skittish despite the stock rear preload setting at second-from-softest. 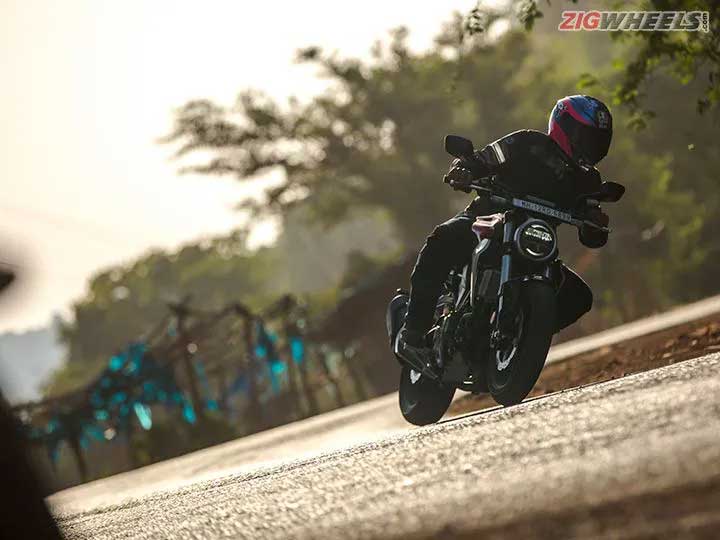 A stiff suspension setup has its own benefits though. Show it a set of corners and you will feel a lot more connected with the CB300R than you would with the G 310 R. It tips in fast, holds its line well and there is no fuss at corner exits either. 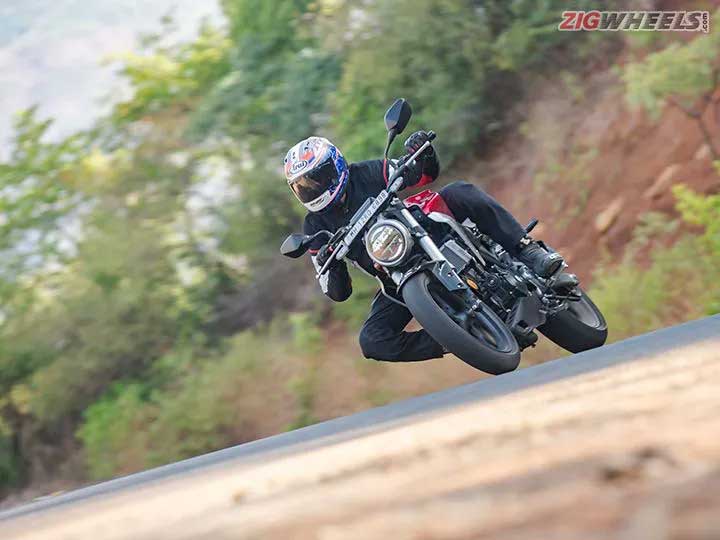 Moreover, its upright ergos, wide ’bars and a zippy motor allows you to really flick the bike with minimal inputs. 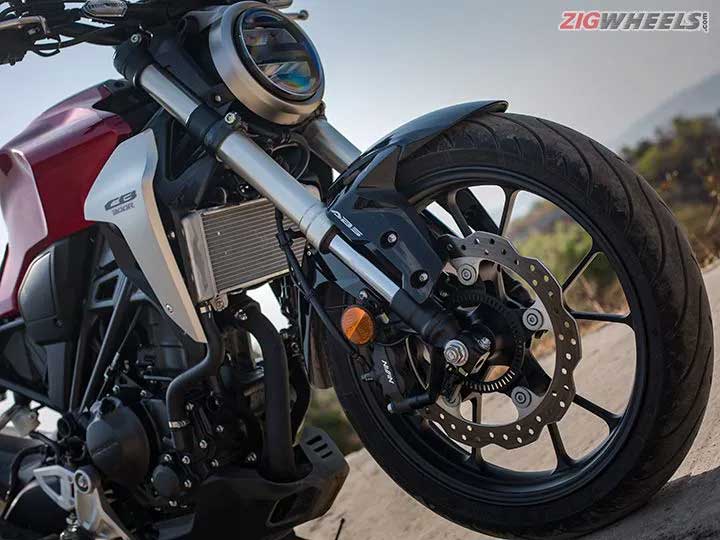 A 296mm disc on the front wheel and a 220mm one on the rear handle braking duties. The front disc is one of the smaller ones in the class which slows down the braking process to a certain extent. The brake levers, on the other hand, offer good progression, but lack bite. 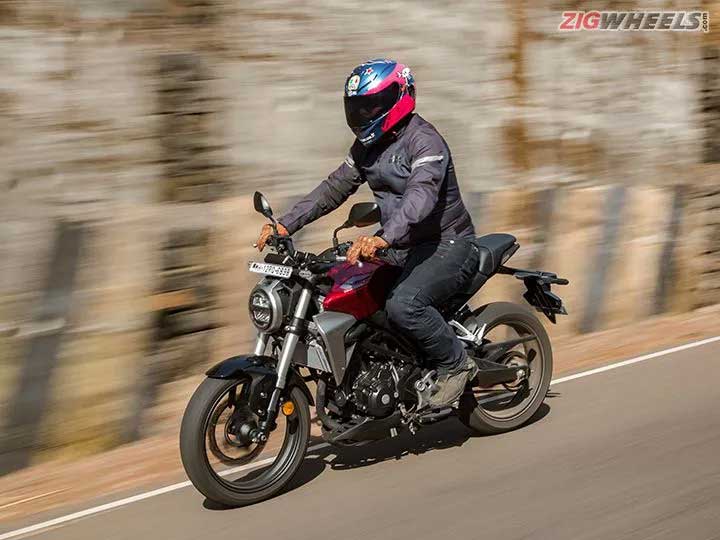 Interestingly, the CB300R gets an IMU-based ABS system which factors in pitch movement aside from the normal wheel speed sensing. That said, ABS calibration can be a bit too intrusive for Indian roads. 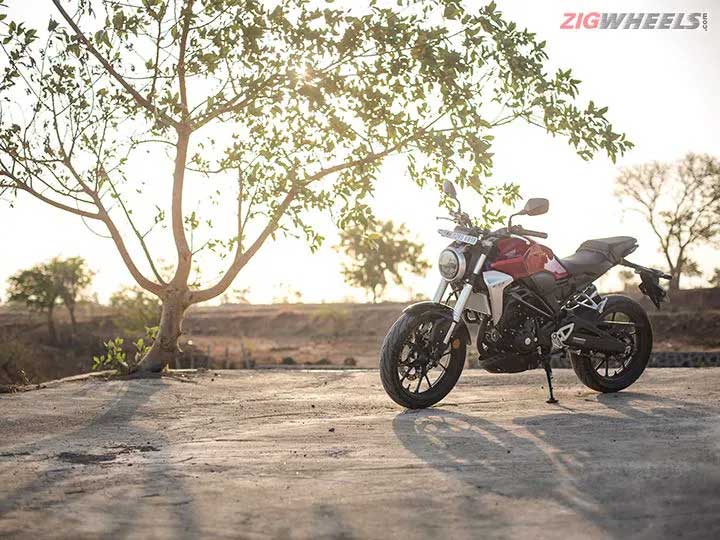 At Rs 2.41 lakh (ex-showroom), the CB300R has to a lot of competition to deal with in 2019. Is it the best bike at that price? Perhaps not. But what we do like about this bike is the fact that it feels very un-Honda-like in the way it behaves. Its engine feels energetic, it’s fun around corners, and its agility is enjoyable even in urban conditions.

On top of that, it feels premium in design as well as build quality. This blend of madness and maturity is really unique to the CB300R. And this might just make it more appealing to those who find the KTM 390 Duke a little too brash and the BMW G 310 R just ridiculously priced.