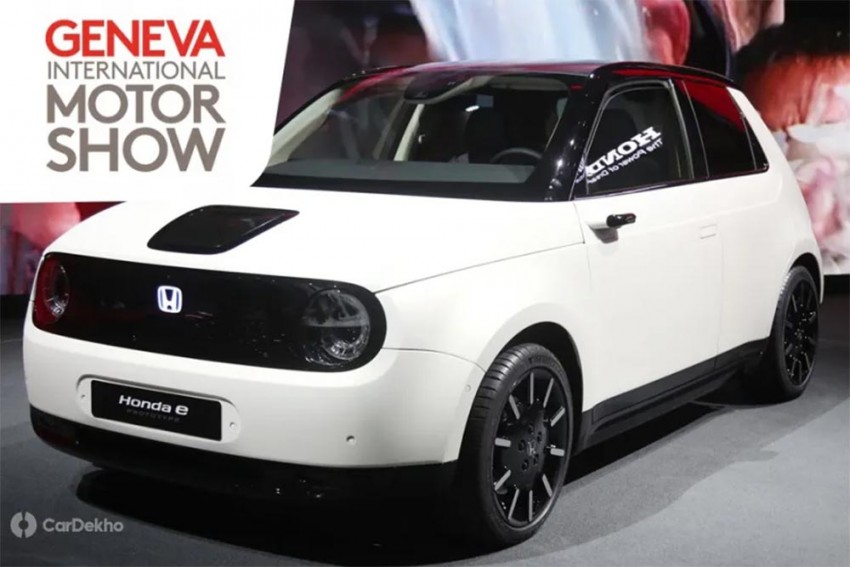 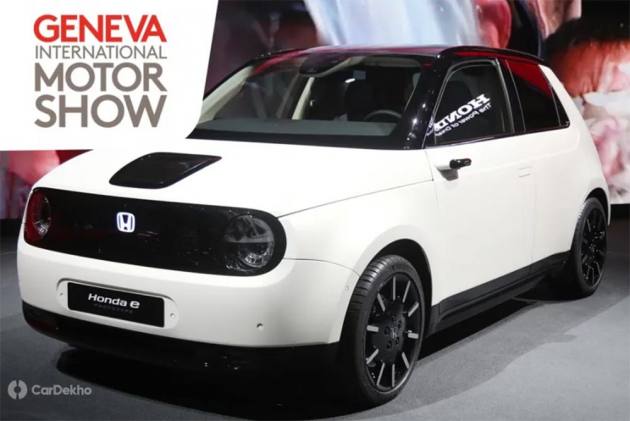 Honda, which is working on a pure EV product portfolio, showcased the Urban EV concept back in 2017. That concept is now close to hitting the production line and as showcased as the Honda e Prototype at the 2019 Geneva Motor Show.

Right away, it is easy to spot how similar this pre-production prototype looks to the Urban EV concept, but with more realistic edges and wheels. It’s still small and has cute, fully round headlights and tail lamps, short overhangs and compact cameras in place of traditional ORVMs. 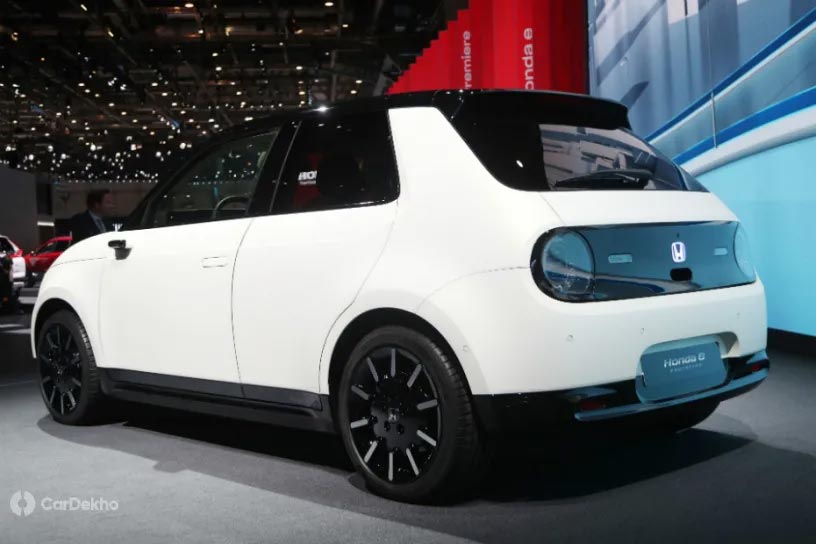 That snout-like black element on the bonnet covers the advanced charging port for the pure-electric Honda compact. It is a four-door hatchback and has pop-out handles that sit flush on the front doors (which opens normally unlike the suicide doors seen on the Urban EV). The the rear door handles are positioned akin to that on the Maruti Swift. 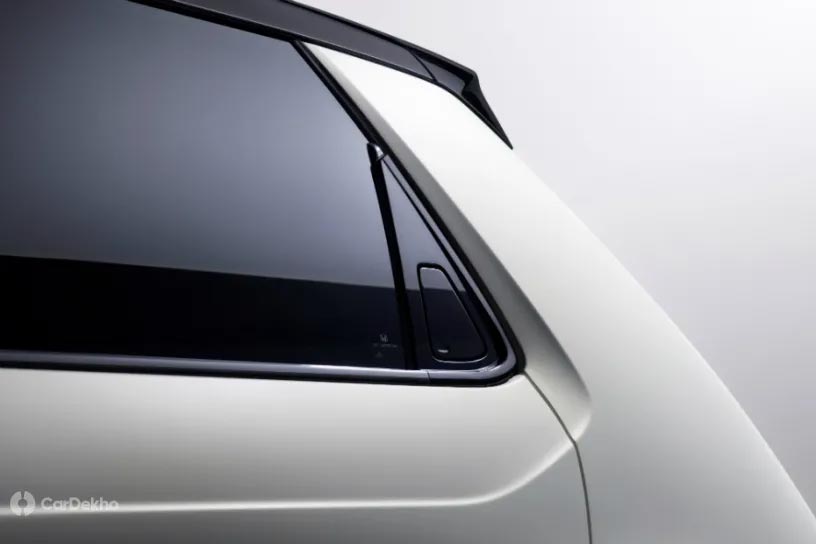 The e Prototype is built on the brand’s new dedicated EV platform and Honda promises  a range of over 200km. Fast charging lets the batteries charge up to 80 per cent in 30 minutes. This is enough to give the hatchback a range of around 160km. The performance figures and powertrain specifications of the Honda EV are yet to be revealed. But Honda has confirmed that it will be rear-wheel driven hatchback. 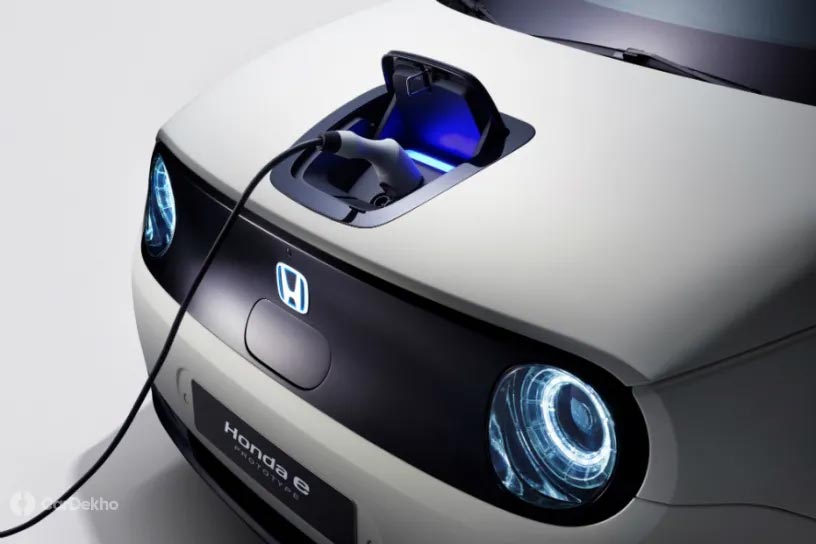 Inside the cabin of this EV prototype, you’ll notice a plethora of displays which mildly offset the simplistic layout of the rest of the dashboard. It sports a more conventional-looking Honda steering wheel, climate controls, AC vents, charging ports, driving mode controls on the central tunnel console, door handles and power window controls. The use of faux wood elements in the dash layout lends the futuristic cabin a comforting sense of traditional design. 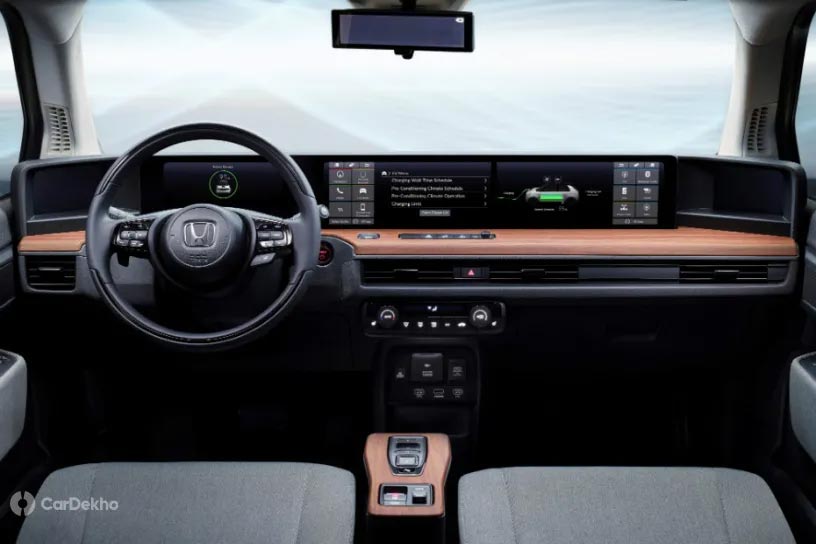 But speaking of the array of screens in the Honda e Prototype, we can count at least four of them. The two monitors on the ends of the dash are the screens for the feed from the cameras that replace the ORVMs. Then there is the screen that acts as the digital instrument cluster for the driver. There’s also a massive section in the centre, which may be two interconnected touchscreen displays, for various infotainment controls. There’s also a screen on the IRVM which displays live feed from the camera on the boot. 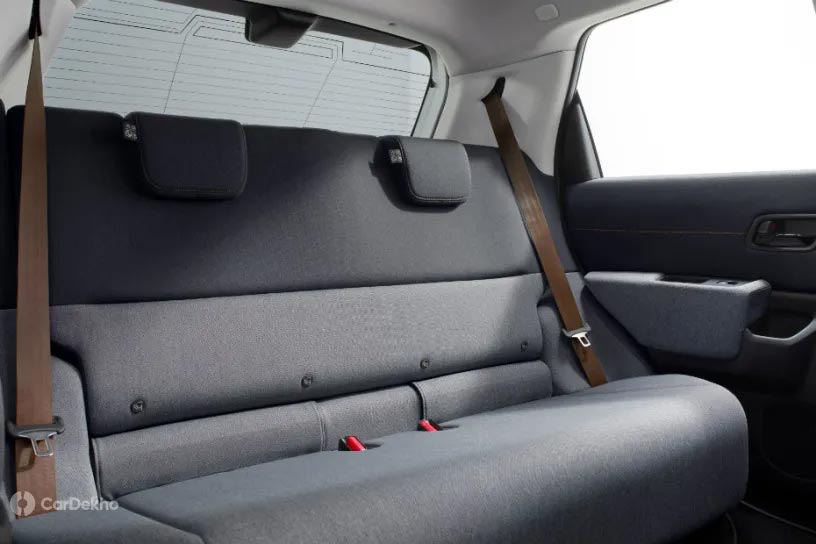 It is uncertain if Honda’s first EV for India will be based on the new, dedicated platform. However, the brand has previously stated that it plans to introduce a mass-market hybrid in India by 2021. We’ve also spotted the Honda Jazz EV undergoing tests in India in early 2019. But it is certain that Honda will bring electrified models, if not all-electric models, to our markets in the next couple of years.