Honda Fireblade Could Soon Get A VVT-equipped Engine 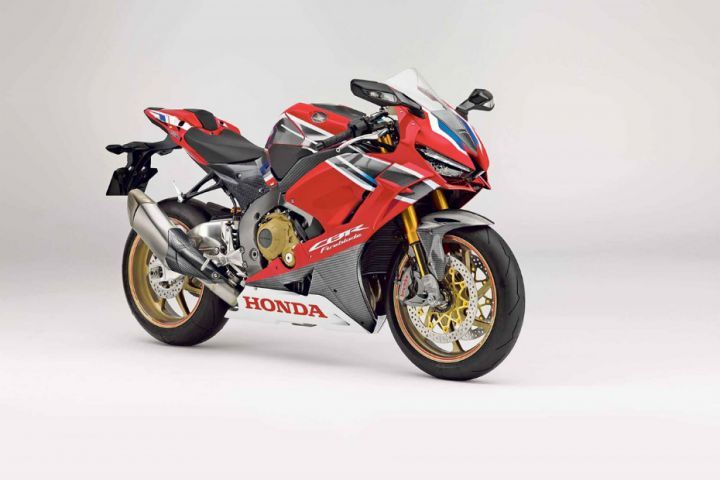 Let’s be honest. Litre-class bikes have reached their pinnacle. The math is no longer limited to more capacity equates to more power. Add more stringent emission norms to the mix, and you have a difficult challenge of extracting more power while adhering to the ever-tightening grip of environmental agencies. To counter this, folks at Honda are secretly working on a VVT-equipped bike in their garage. 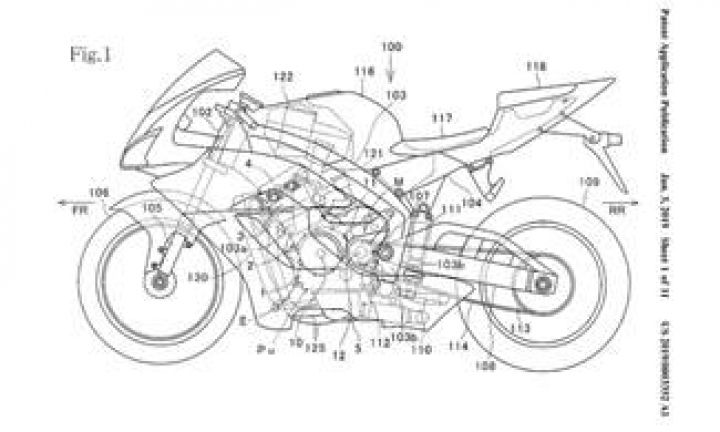 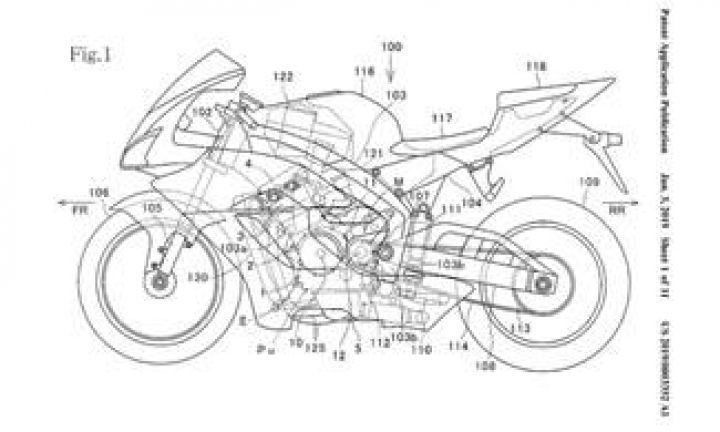 But why variable valve timing? Superbikes rely on extracting maximum power within set limits. Without the addition of a supercharger (looking at you Kawasaki Ninja H2), this can only be achieved by increasing the revs. This raises the problem of valve-timing. You see, a high-revving engine requires a lot of valve overlap. A ‘valve overlap’ is a moment when both the intake & exhaust valves are open during the end of the exhaust stroke. This helps in venting out the exhaust gasses and fill the chamber again with a fresh charge. 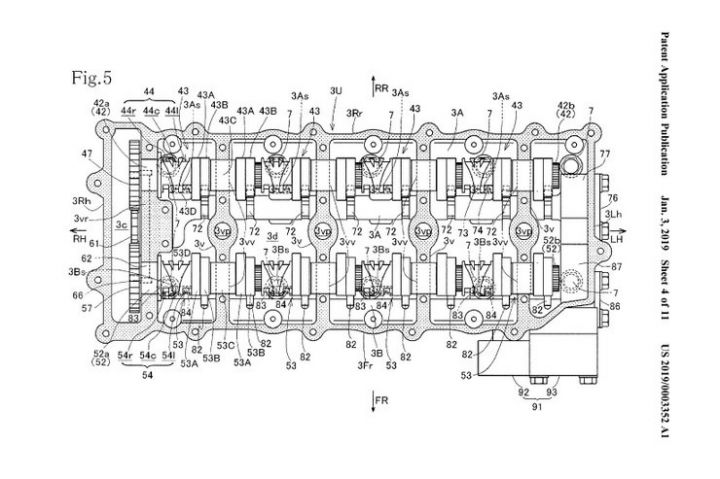 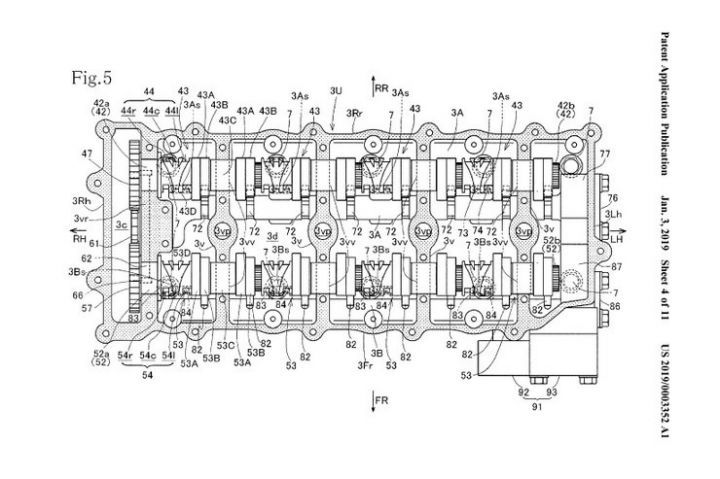 The overlap works perfectly well during higher revs. However, during low revs when the engine speed is low, the overlap can give enough time to the unburnt fuel to escape through the exhaust valve before its closed. This can result in loss of efficiency and pollution. 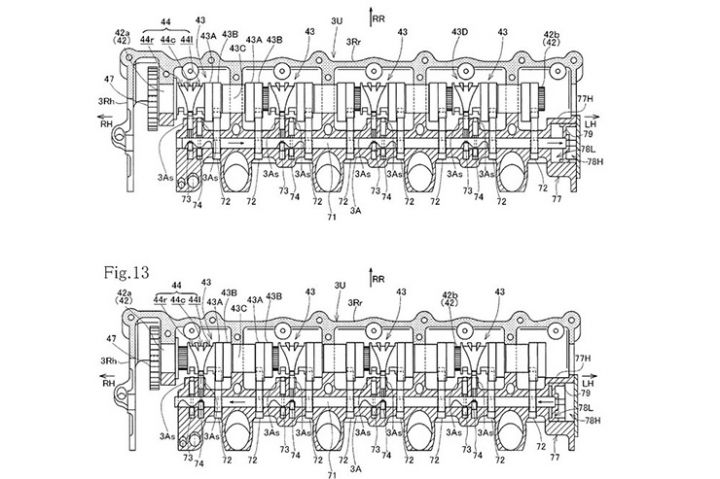 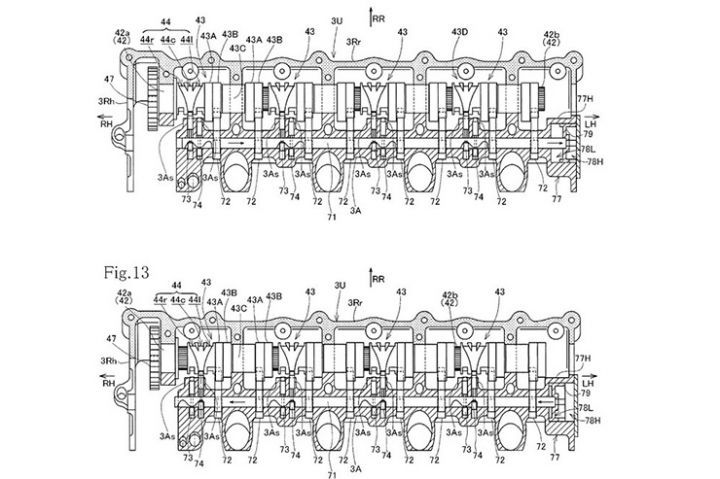 Bike manufacturers like Ducati, Kawasaki and Suzuki alter the cam timing by either oil pressure or by centrifugal force. Honda’s new patent, on the other hand, suggests a different approach. The Japanese company seems to be working on a system similar to that of BMW’s ShiftCam technology, which works by moving the camshaft from side to side, disengaging one set of cam lobes to bring a more aggressive lobe at higher revs. 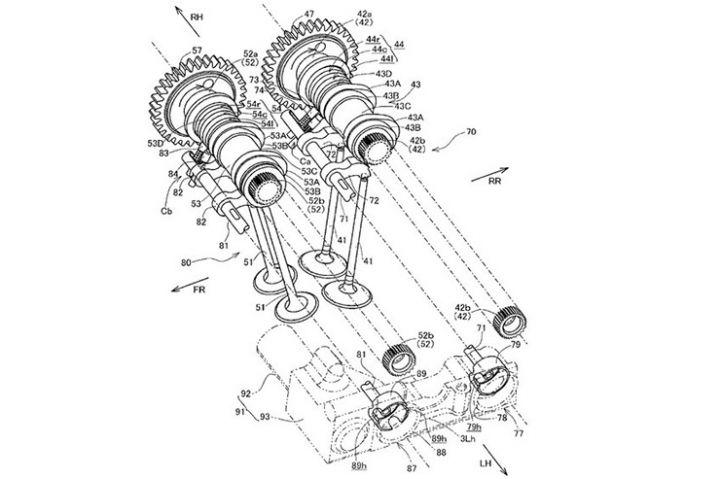 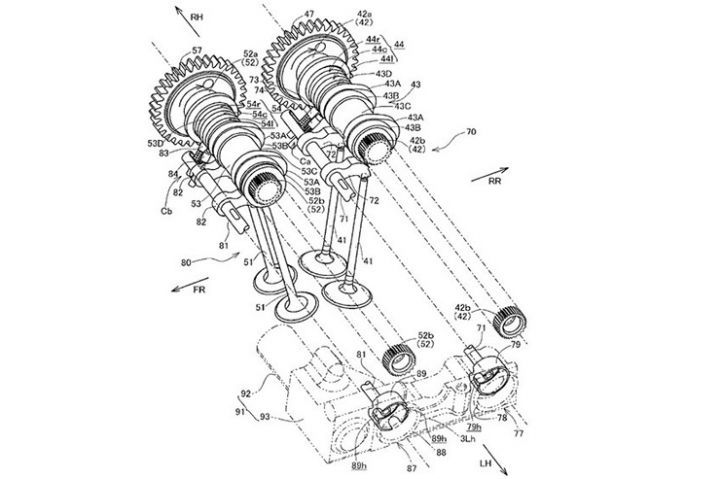 However, unlike BMW’s system, Honda’s system seems to be using the cam switching technology on both the intake as well as exhaust camshaft. Honda’s system will also use outer sleeves on every camshaft of every cylinder. Considering there’s always an intake and exhaust valve open in an inline-four engine at any moment, these lobes cannot be switched on until the valves are closed. This will allow a further boost in performance while keeping emissions under check.

Coming back to the bike, the patent image suggests that it could be the new Fireblade. As far as when it’ll see the light of day, how does the year 2020 sound?