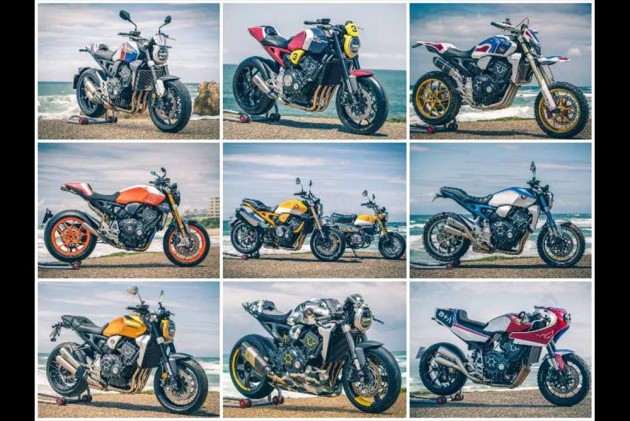 Wheels and Waves is an annual bike festival held in Biarritz, France and a platform for custom bike builders to showcase their creations. This event also attracts bigwigs like Honda which was keen to showcase the customisation possibilities of its CB1000R litre-class naked bike this year. It had 12 bikes on display at the event. Some of these bikes were built by Honda dealers in France, Italy, Switzerland and Spain, while others were commissioned by Honda and built by custom bike shops. Each of these bikes were inspired by either Honda’s iconic bikes or legendary Honda racers. Here they are: 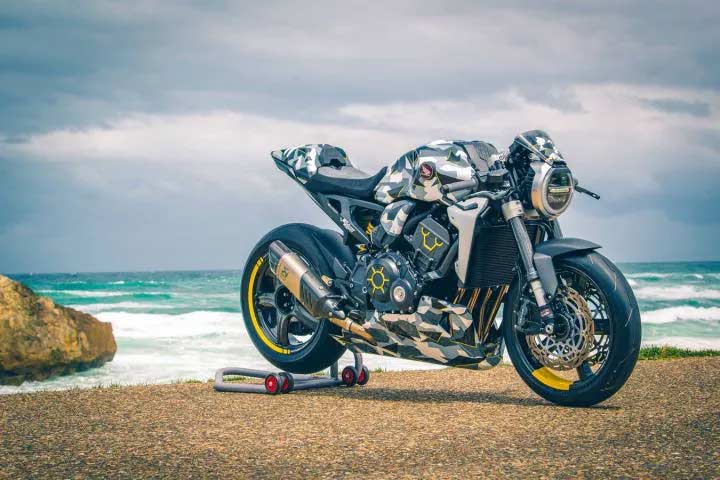 Built by Gannet Design and Fuhrer Moto, Switzerland, the brief for this custom bike was to ‘take it to the limit’. This custom cafe racer gets a hand-painted ‘camo’ bodywork by Walter Oberli, and a fibreglass belly pan. Bespoke parts include lightweight CeraCarbon racing front fork and custom sprockets, Rotobox carbon fibre wheels and Synto Evo brake and clutch levers. Performance parts come in the form of a K&N air filter and titanium and carbon fibre Akrapovic end-can. 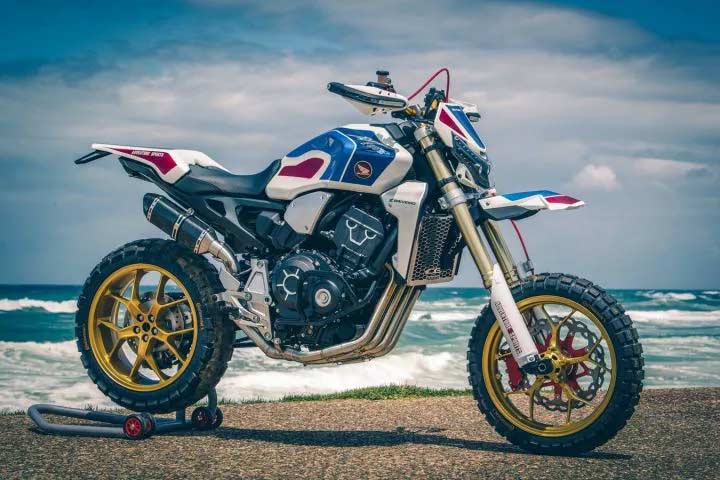 Obviously, the inspiration behind this build is the Africa Twin. Built by Brivermo Motors dealership, Switzerland; this CB1000R gets a Honda CRF450R front end, aluminium handlebar, serrated footpegs and a radiator guard. It gets a single front disc and off-road tyres. You have a new custom bodywork in Honda’s Africa Twin colours, new headlamp, tail lamp and turn indicators. Even the exhaust has been routed upwards and ends in a carbon fibre end can. 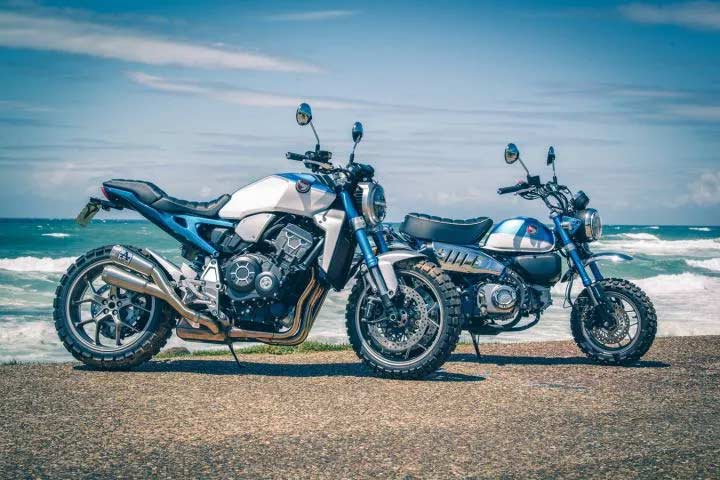 Inspired by the Honda Monkey, this bike has been built by Werther Honda of Nice, France. This bike gets the iconic blue and white paint job with the fork and frame painted in blue. The Monkey inspiration also comes in the form of mirrors and handlebar which are lifted off the mini bike. You also get off-road tyres and twin Arrow exhausts. 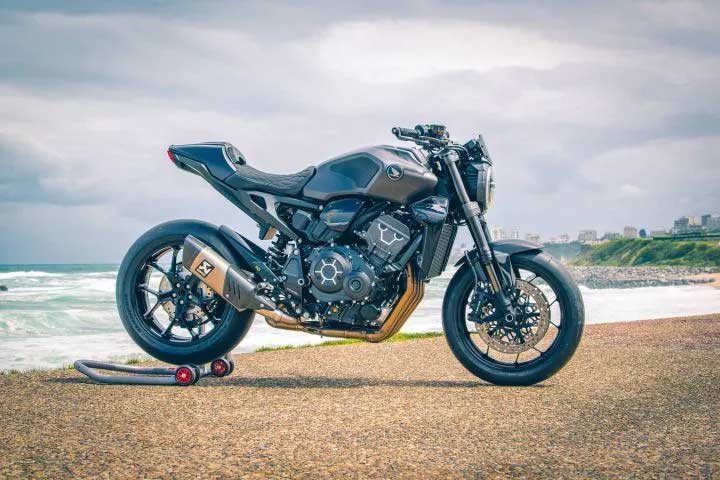 This blacked-out Honda CB1000R is the work of 3C Motos dealership, Biarritz, France. While the whole bike carries a blacked out theme, it actually has three shades of black all over. The bodywork has a satin black finish. Parts like the fork, frame and swingarm get a matte black treatment, while the rear shock and wheels get a gloss black paintjob. You also get an engraved ‘Black Edition’ plate on the bike. Other than the cosmetic treatment, the bike gets an Akrapovic end can. 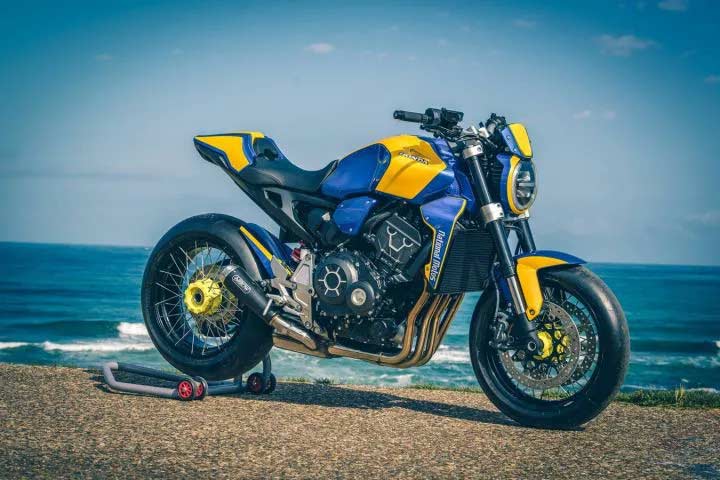 Built by National Motos dealership, France, this bike has been inspired by the 2006 Le Mans-winning Honda CBR1000RR. It gets the winning bike’s blue and yellow paint scheme, spoked wheels with slick racing tyres, a rear seat cowl and an Arrow racing exhaust. 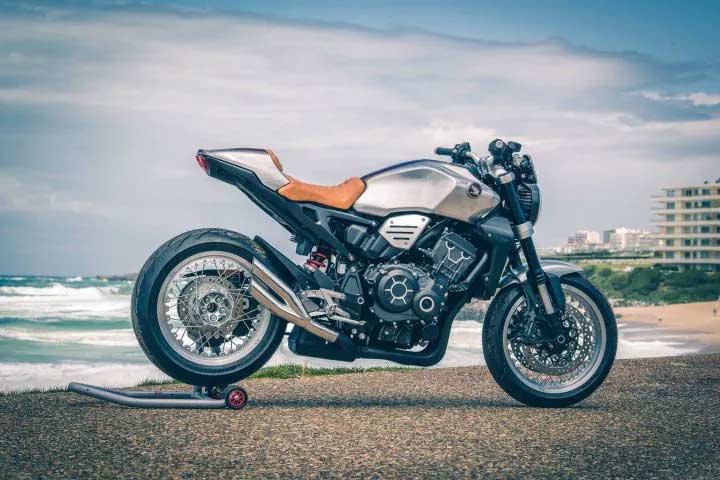 The inspiration for this CB1000R built by Horizon Racing Vergy 95 from France is ‘Café Chic’. In that vein, the bike gets brushed aluminium paint job with Candy Red accents, tan leather seats and rear seat cowl, Kineo spoked wheels with mass-cut hubs and Moriwaki silencer with thermal painter exhaust pipes and headers. 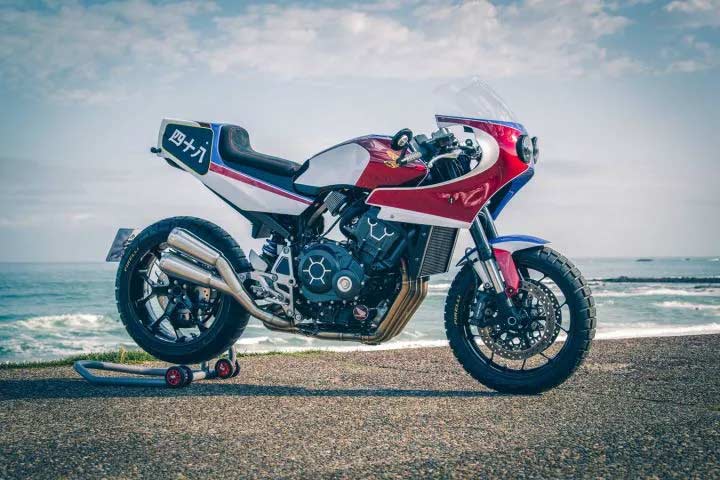 This Japanese Vintage inspired cafe racer has been built by VC Moto dealer from Sabadell, Spain. It gets a custom built front fairing and boxy tail section. The Japanese lettering on the tail is the number 48 which commemorates the foundation of the Honda Motor Company in 1948. Its racing clip-on handlebars get bar-end mirrors and Soichiro Honda’s quote ‘improves the breed’ inscribed in the triple tree clamp. 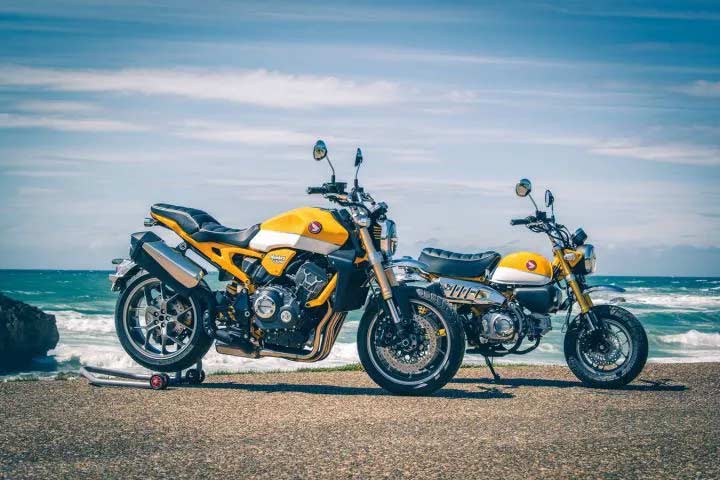 An apt name for this bright coloured CB1000R inspired by the Honda Monkey. Built by Mallorca Motos dealership from Spain, this is the second bike here inspired by Honda’s mini moto and gets a lot of details right - more than just the yellow and white paint job. It gets original Honda Monkey mirrors, indicators, front mudguard and engine cover plate. You get a seat and headlamp chrome surround that mimics the original Monkey bike. The exhaust is from the Africa Twin, while the gold fork and yellow frame and monoshock again are a tribute to the original Monkey bike. 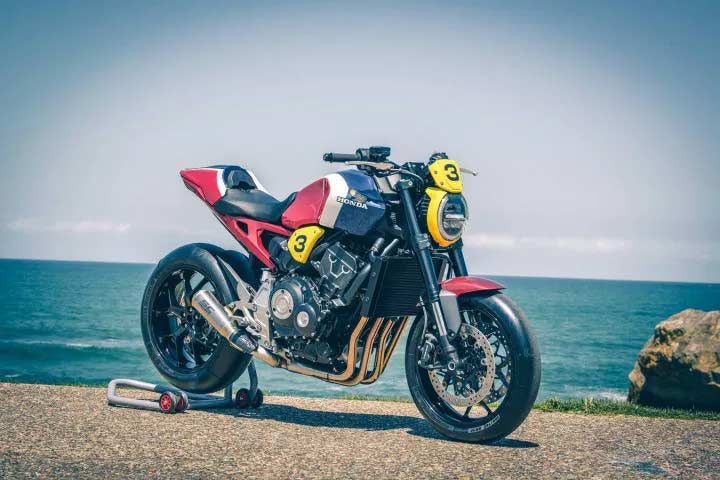 Built by Hakuba Motos, Spain, this custom CB1000R is a tribute to Honda racing legend Freddie Spencer. The bike is painted in Freddie Spencer’s race colours, black front forks, and number ‘3’ painted on the front and sides. To complete the look, you get a loud SC Project exhaust. 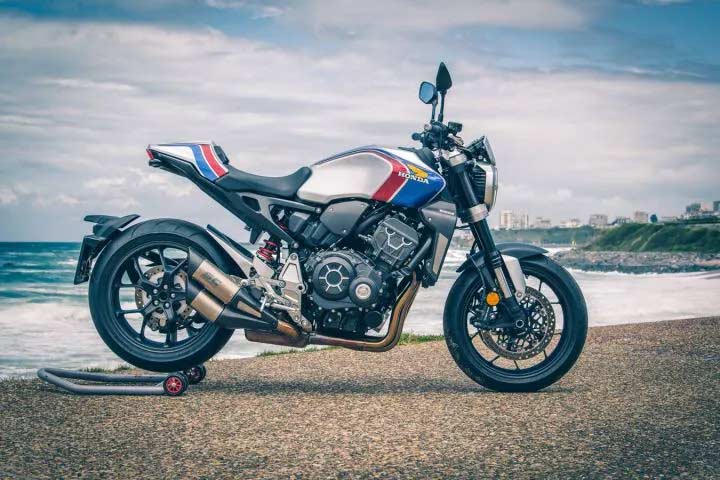 This bike has been built by Honda Motor Europe in Italy and is in fact limited to 350 units. The bike will be on sale in France, Spain, Germany and Italy. It is inspired by the HRC racing tricolour and gets the racing paint job. It gets carbon fibre SC Project parts and a twin SC Project exhaust setup. 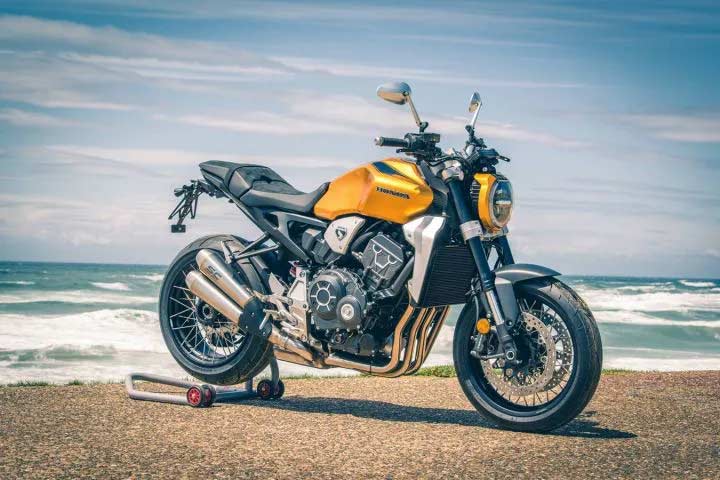 Built by Honda Italia, this custom CB1000R celebrates 50 years of the iconic Honda CB750. Its paint job is inspired by the 1969 Honda CB750 ‘K0’. The custom bike gets custom parts in the form of Rizoma indicators, mirrors and handlebar weights, Alcantara velvet seat cover and a Lightech number plate holder. You also have Jonich spoked wheels that can hold tubeless tyres, and a split conical SC Project end cans. 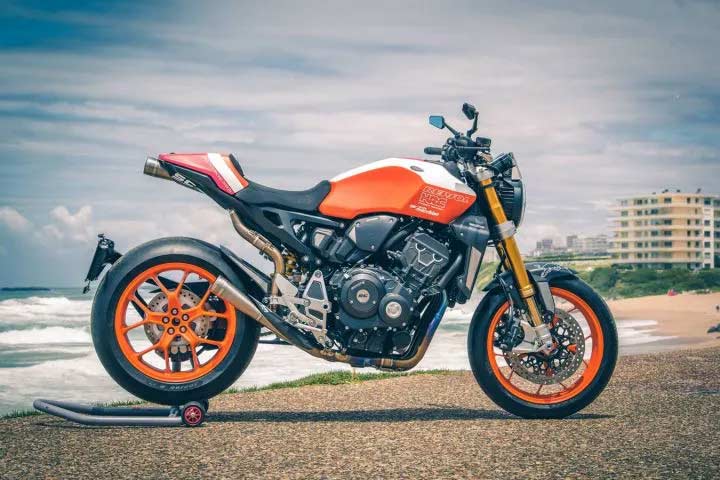