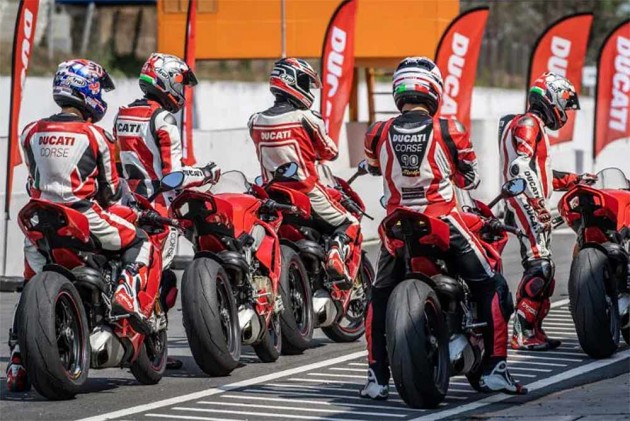 Ducati India is one of the few big bike manufacturers in the country that wants its customers to harness their potential and exploit their prized possessions to the fullest. From dirt to tarmac, it has covered pretty much everything that you’re looking for with its Ducati Riding Experience training programmes. After successfully completing DRE Off Road Days twice over, and a DRE Track Days event, the Italian luxury bike manufacturer has announced that will organise yet another training programme for enthusiasts who want to push their limits with their bikes. It goes without saying that the training programme will be held on a race track under the close supervision of Ducati’s certified instructors. 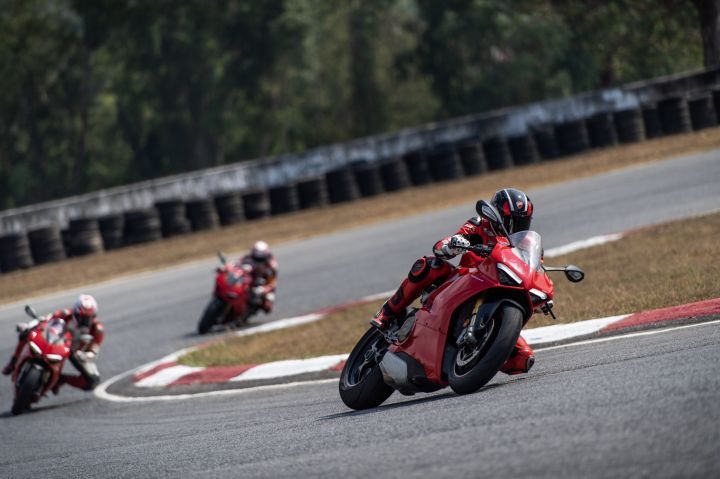 However, the highlight of this year’s event is that it will be the first time that two Indian riders - Gurvinder Singh and Anand Dharmaraj - will head the programme. The two riders earned their Ducati Certified trainer badges by undergoing an extensive training session in Thailand under the wings of Dario Marchetti, the technical director and instructor manager for DRE, and Alessandro Valia, official Ducati tester and DRE instructor. 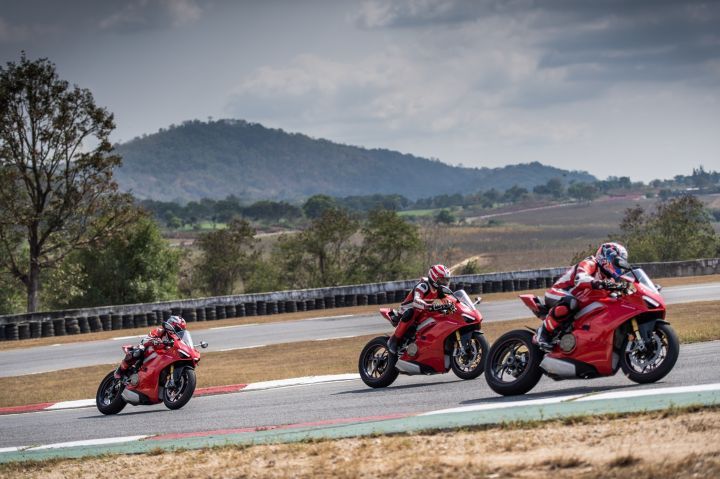 The Ducati DRE Racetrack Training event will be held at the BIC (Buddh International Circuit) and MMRT (Madras Motor Race Track) in Greater Noida and Sriperumbudur, respectively. It is likely to be held after July. More details, including the cost of the session and bikes available, will be revealed soon. So stay tuned to Zigwheels. Meanwhile, check out the official statement from the manufacturer below:

New Delhi, 26th February 2019: Luxury motorcycle brand Ducati announced today that it will be officially launching the DRE Racetrack Training Programme in India. The announcement comes following the recent DRE Racetrack Certification that was held in Thailand, where Mr. Gurvinder Singh and Mr. Anand Dharmaraj were certified as official DRE Racetrack Instructors, by global DRE Instructors like Dario Marchetti, Technical Director and Instructor Manager for DRE and Alessandro Valia, Official Ducati tester and DRE Instructor who together, have decades of experience when it comes to racing, and training.

The DRE was born on the racetrack and so it is here that it continues to offer a very important part of the ‘experience’, thanks to the different courses subdivided according to the ability and needs of participants. The DRE Racetrack focuses on teaching, enjoyment and adrenaline where riders are provided world class training from the most revered riders on the racetrack, while riding the most beautiful and high-performance bikes in the Ducati Superbike family.

Ducati India aims to bring a part of this programme to India and the training sessions will be spearheaded by Mr Gurvinder Singh and Mr Anand Dharmaraj. Gurvinder Singh, from Redline Racing is a multiple times JK Tyre Superbike Championship winner and last year he became the first rider in India to win the Championship on a stock Panigale V4 while riding for the Ducati India team.

Anand Dharamaraj, who is also the chief trainer for Bengaluru based Indimotard TWO track school, has thousands of kilometers on the racetrack under his belt and is also a Ducati certified DRE Riding Academy Instructor, from 2018.

Both the riders went through an exhaustive theory test on day one and underwent complex riding drills on the racetrack on day two before they were finally awarded this certification. With this development in place, Ducati India will not only host more DRE Track Days events but, will also develop one on one training sessions for the Ducatisti, who wish to hone their track riding skills and become more competitive if they wish to race in the Ducati Race cup or the National Championships.

Speaking on the occasion, Sergi Canovas, Managing Director for Ducati India, said “Ducati stands for style, sophistication and performance and nothing justifies our brand values more than seeing a Ducati rider unleashing his bike’s capabilities on the racetrack. It gives us immense pleasure to announce the start of the DRE Racetrack programme, and becoming one of the first luxury motorcycle brands in India to do so. We’re committed towards providing the best adrenaline pumping experiences for our Ducatisti and after announcing the Ducati Race Cup, Ducati India is working hard to develop this sport in India.”

Gurvinder Singh, DRE Certified Racetrack Instructor, added “Ducati is currently the only premium luxury brand in India that is seriously working to develop racing in India. Last year, I won the JK Tyre Superbike Championship on a Panigale V4 and now that I’ve become a Ducati certified instructor, it’s a dream come true and I can’t wait to start riding with the Ducatisti and further build their skills in India.”

Anand Dharmaraj, DRE Certified Racetrack Instructor also said “My relationship with Ducati has been long standing. After being a certified Riding Instructor in 2018, and recently leading the DRE Off Road Days programme in Bengaluru a couple of weeks ago, the Racetrack certification is extremely special and I look forward to hosting the first DRE Racetrack training session in India soon.”