How The Iconic Toyota Supra Evolved Over The Years

The 2020 Toyota Supra is here. But how exactly did it get here, and what lends it the legendary status? Strap in for a deep dive into a legend’s history 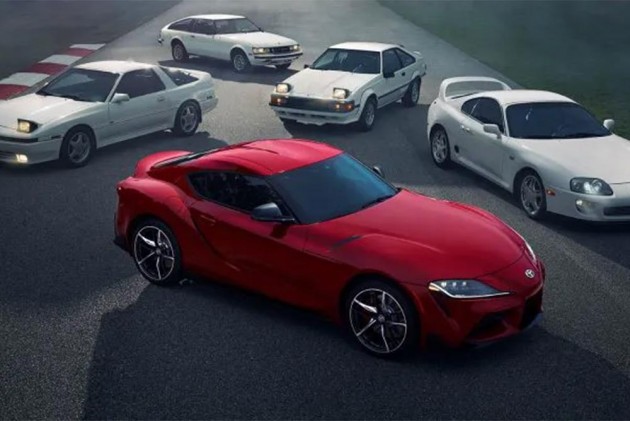 What if I told you that Toyota makes the most geriatric and the most fun cars -- would you believe it? Toyota today is the biggest carmaker on the planet and is known for cars like the Corolla, Prius and the likes. Once in a while, though, they make cars which extremely contradict what they are doing on a daily basis. The brilliant yet underrated Lexus LFA is an example of this. It was in a nutshell the Japanese brand schooling the big shots from Europe. Take any motorsport event and you are bound to see Toyota’s involvement. The Supra was the Halo car for Toyota and is regarded as one of the best things to come out of Japan after anime and drifting. It is a legend in its own way and it single handedly shaped the tuning culture that we know today. Now, Toyota has managed to resurrect the legendary Supra name this year, but is it the same poster-worthy JDM car that shook the world? 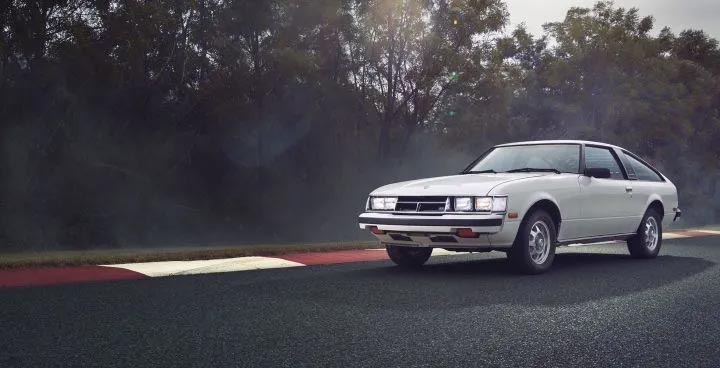 Supra translates to ‘above’ in Latin and during its nascent days, the Supra was based on its younger sibling, the Celica. It was Toyota’s answer to the famed Z cars from Nissan, and little did anyone know that the Supra was meant to reach much greater heights and compete with cars above its weight.

Initially christened the Celica XX, the car in 1978 came with a 2.0-litre inline-six motor with modest figures. The car went through various changes over the years and the engine also grew in size, resulting in a 2.8-litre inline six making 118PS of power. In between, Lotus also had a hand in the Celica Supra’s engineering and the British brand in return nicked some parts for its Excel sports car. The A40/50 Supra was too mainstream with nothing great to write home about. The major letdowns being the numb steering and tight cabin space.

Finding the verve- A60 Supra 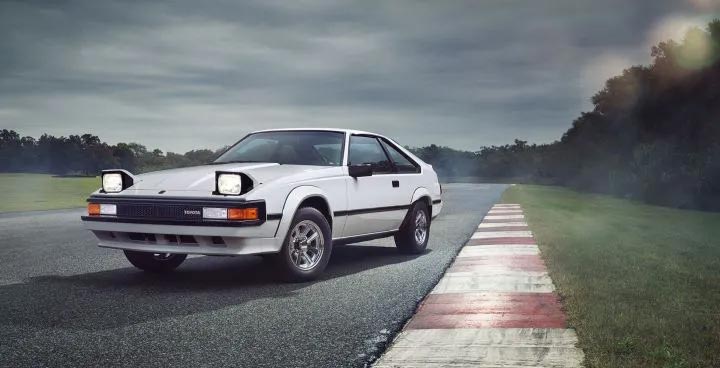 The year 1981 saw the Supra in a more focussed attire. It was based on the third-generation Celica and the major changes were evident on the front fascia. The car also featured the sub-zero cool pop-up headlights along with flared arches and an independent rear suspension. It was one of the best handling imported cars and it outpaced Lotuses and porkers of that time. All of this was achievable thanks to a new twin-cam 2.8-litre inline-six motor that pushed out 145PS. The A50 Supra also marked the first version to be associated with motorsports with its participation in the British Saloon Car Championship.

Forced Induction is the way forward- A70 Supra 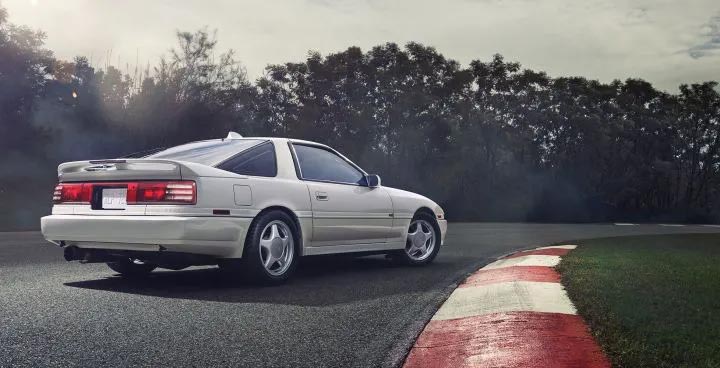 The Supra got baptized with the standalone nameplate in1985 retaining  the rear wheel drive layout, unlike the Celica which went front wheel drive.

The ’80s was the time of long hair, punk wave, and forced induction. Supra benefitted the 3.0-litre 7M-GTE turbocharged twin-cam engine, delivering 270PS (at a later stage) in the most powerful Japanese 3.0GT Turbo version. The engine can be traced back to the 2000GT, which in the history books is the first supercar and the most beautiful piece of automobile out of Japan. The A70 or MKIII Supra, as it was popularly known, was the fastest car out of the land of the rising sun and it also competed in the Japanese Group A racing, European touring car championships and Group A rallying.  Towards the end of its life cycle, the A70 Supra in the Japanese markets got the 1JZ-GTE motor in the 2.5 Twin Turbo R model. The Japanese as always reserved the best for them, as the Turbo R never left Japan.

A legend in the making - A80 Supra 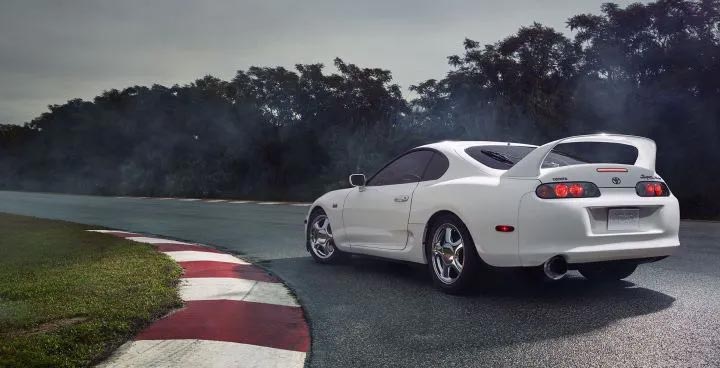 The 1990s saw a boom in the Japanese supercar space as it led to the birth of various heroic cars like the RX7, NSX, and the 300ZX among many others. The Chicago Motor show in 1993 first witnessed the MKIV Supra. The design was a complete revelation and remained unassociated from its boxy predecessors. Toyota went back to the 2000GT for design inspiration and boy, it shows! The A80 Supra is one of the best looking cars to come from Japan. The long bonnet, curvaceous body and the large wing, will forever remain a timeless design. 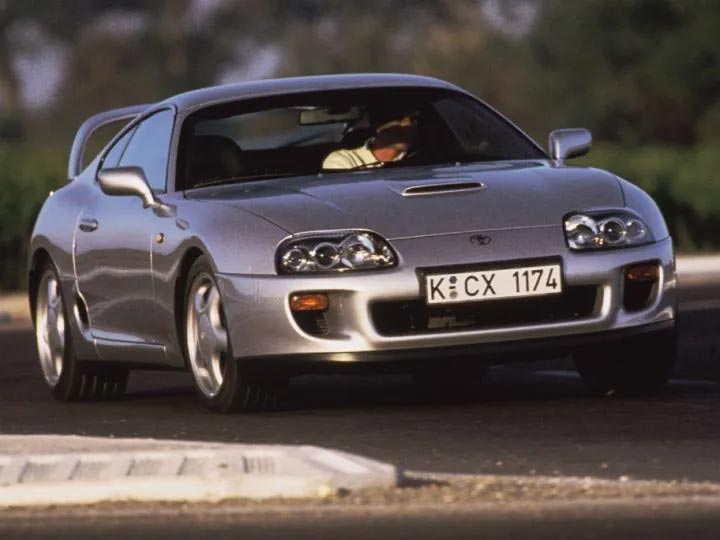 The Supra went through a strict diet regime and lost 100 kg in comparison to its predecessor. The styling was definitely on point, and being a GT car the Supra was no match for the RX7 or Japan’s own Ferrari, the NSX. The Supra was known for something else and that came in the form of a 3.0-litre inline-six motor, or just the 2JZ. The 2JZ is one of the best engines ever made and for what it's worth, it needs a separate article altogether. The brilliance of the motor can’t be compiled into one para but, damn it, here we go: 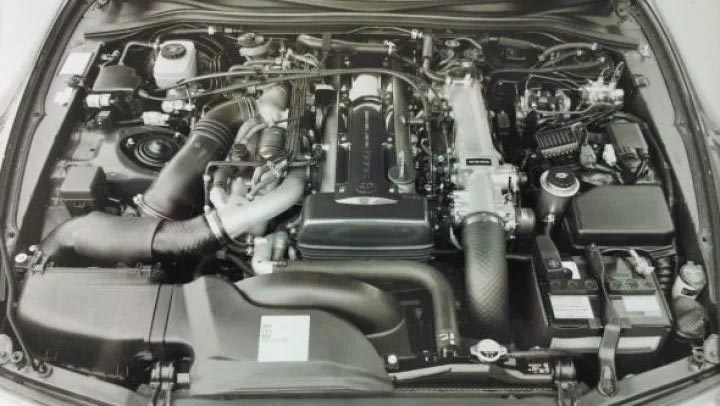 2JZ or two Jay-Z as it's more commonly known among the millennials is a tough 3.0-litre inline-six that made 220PS in the standard 2JZ-GE and up to 320PS in the fully decked out turbo powered 2JZ-GTE version. The engine was subject to Japanese “gentleman’s agreement” and hence was “supposedly” detuned to 276PS initially. The motor is revered among tuners for its bulletproof reliability and construction. With a set of bolt-ons and someone who knows what he’s doing, numbers north of 700PS will appear on the dyno. The 2JZ is a solid motor and with the right set of mods it went ballistic, and the best part of it all was that it could take severe abuse. Reliability was so strong that there are plenty of engines running unspeakable boost pressures and Bugatti Veyron-shaming horsepower figures. The engine, according to various acclaimed tuners, can take up to 800PS on stock internals! We are sure that you won't be able to find something quite like the 2JZ and hence it enjoys a cult status to this day. 2JZ is also the preferred engine for swaps and making use of Google, you will come across it in unusual places. Like for example, 2JZ in beemers, Aston Martins and even behind some Ferraris.

The Supra aced all of its counterparts from Europe, and braking was a specific area where it shined. The car featured a Formula One-inspired braking system that allowed it to record the best braking performance of any production car tested in 1997 by Car and Driver magazine. The record stood for 7 long years until it was beaten by the Porsche Carrera GT in 2004. Interiors of the MKIV Supra is also a special place to be, with the cockpit wrapped around the driver like in a fighter jet. 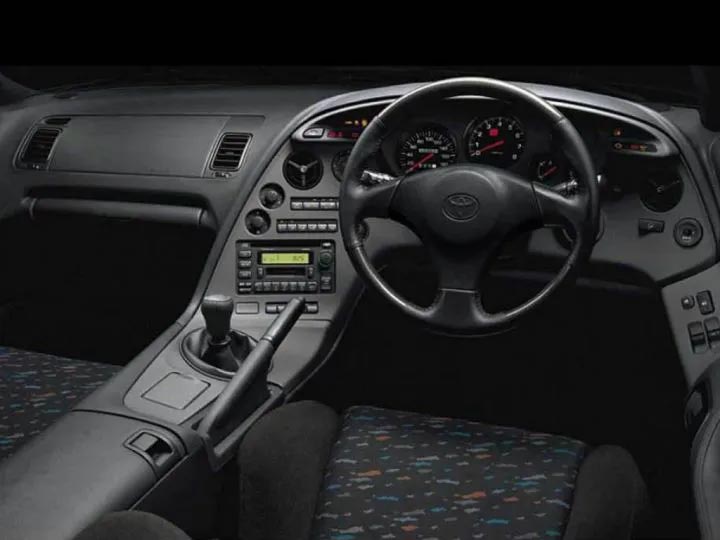 The A80 Supra is also a part-time movie star, thanks to the lengthy Fast and the Furious franchise. The movie also took the Supra’s status to even more heights, imparting it the nickname“10 second car”. Don't be mistaken by the GT credentials of the Supra -- the car competed in various motorsports events like the Japan GT championship and Le Mans. The most memorable of it all was the TOM’s Supra GT with the Castrol livery that participated in the Super GT series. 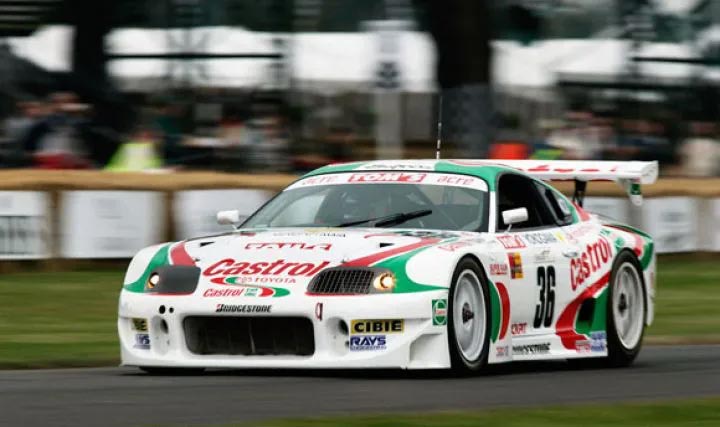 The German Connection - A90 Supra

17 years. That’s what took Toyota to make another Supra. Better late than never, right? So a sports car like the Supra, which has a huge cult following and fanbase, in a new iteration already sounds like a winner. The reality, though, isn't really narrating the same story. Why? You see, Toyota decided to bring back the Supra by joining hands with BMW. Not exactly a bad thing, right? BMW makes some of the best drivers’ cars on the planet and has some really nice inline-sixers with them. The BMW Z4 was the base for Supra and both these cars were developed side by side. 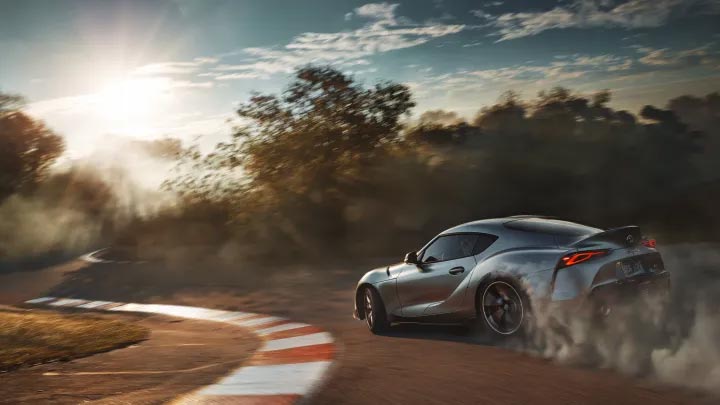 Toyota showcased the FT-1 concept first, which looked futuristic. The sports car made its debut at the 2019 North American International Auto Show. First impression? Meh. The production version looked vastly different from the concept with a love or hate design. Nevertheless, it’s a Supra for crying out loud, so it won’t really matter if it isn’t aesthetically pleasing. Everyone was sure that as it flaunted the name, it will go like stink and will be a blast to drive. The BMW-sourced 3.0-litre B58 engine made 340PS and 500Nm. Before you jump the gun, I know that the 17-year-old A80 made similar power figures. But in its defence, Toyota has priced it competitively, making it compete with smaller cars like the nimble Alpine A110 and the BMW M2. And what’s also interesting is that the new Supra is also downplaying its output figures like its predecessor. Various reports suggest that the new Supra on a dyno is making close to 400PS at the crank, which is 25 per cent more than what Toyota is claiming. 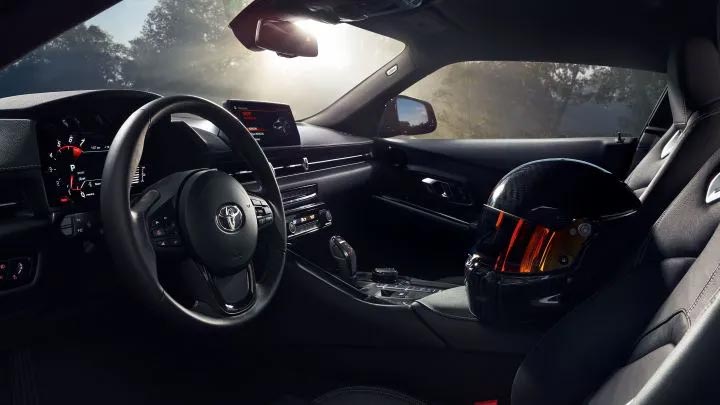 While the old Supra was more of a grand tourer, the new one leans more towards a sports car. Initial reviews were all positive, with the sportscar exhibiting stellar dynamic traits. Everything is merry with the new Supra as it does what it promised and honestly, it’s a great car. But then, where is the problem and why is it criticized and bashed by car geeks and renowned auto journos around the world? 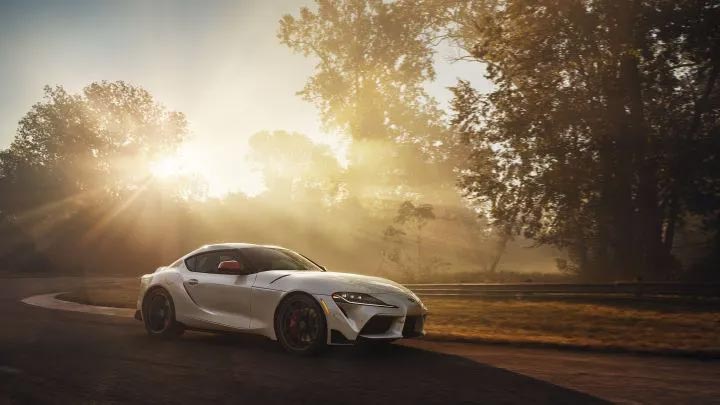 The problem is not with the car but with the name. I’ll explain why.

First and foremost, it’s has got nothing to do with Toyota collaborating with BMW. They have done it before with the GT86 that was co-developed with Subaru. Calling this the Supra was daring, to say the least, as I’m sorry, it’s nothing but a restyled BMW Z4. Every single thing is lifted from BMW’s part catalogue: the interiors are BMW, the engine is BMW, chassis is BMW, and even the infotainment system is BMW’s iDrive. It drives like a BMW that ate sushi for lunch, sounds like a BMW (these are good things I reckon) and comes out of the same assembly line as the Z4 in Austria. 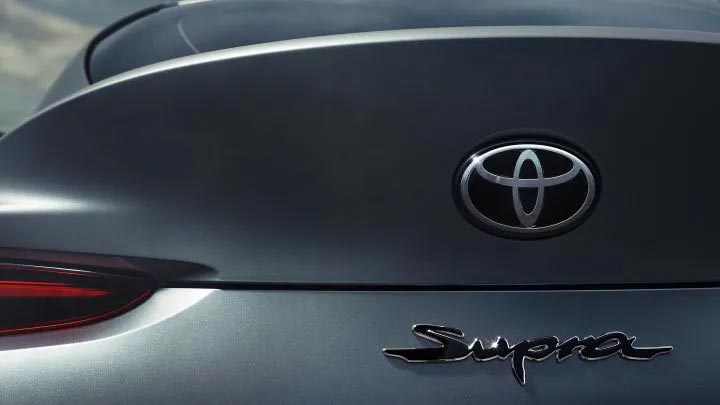 But what bugs us nerds who know more about Toyota is that it had a chance to recreate a legend and instead gave us a BMW Z4 in a pretty new frock. In this age where electric cars and unnerving silence are catching up, Toyota could’ve made use of the legendary status of the Supra and created another hero for the coming years to witness and savour. Cashing in on the Supra name, while the car that adorns the name is a retrimmed BMW, is very non-Japanese. Keep in mind, that these are the same folks that gave us cars like the AE86, Celica, MR2, Altezza, 2000GT, to name a few. All i’m saying is that, they just could’ve called it something else. Heck, they could've even named it baby Jesus and gotten away with it. But, not Supra.