If you’re planning to buy a compact SUV now, how long would you have to wait for delivery, if at all? 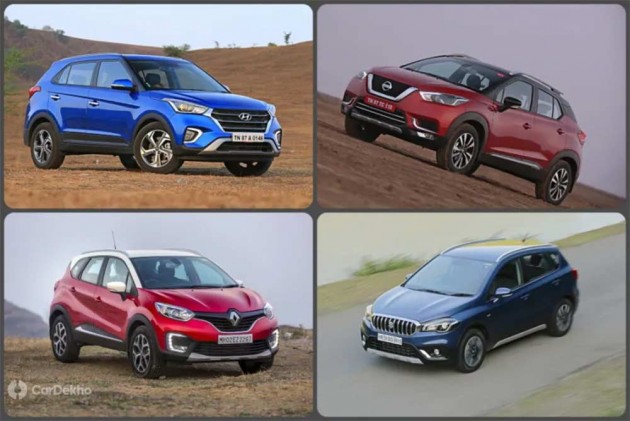 Wait for the Creta will be longest in most cities.

Are you planning to buy a compact SUV and want to get one at the earliest? There are chances that you’ll be able to get either the Nissan Kicks or the Renault Captur before any other compact SUV in most places. Here’s a detailed list of the waiting period for five of the most popular compact SUVs across 15 major cities this May 2019: 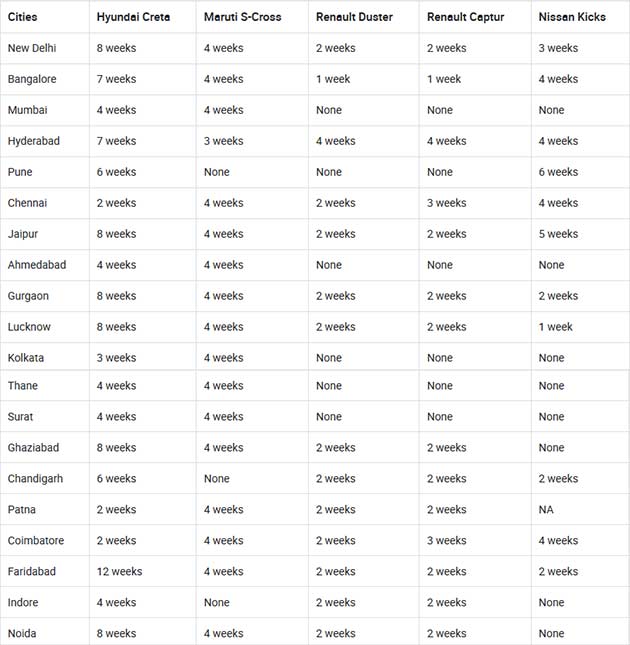 Note: The above mentioned data is only an approximation and the waiting period might differ depending on the variant, powertrain and colour chosen.

Hyundai Creta: The top-selling compact SUV in India naturally attracts the highest waiting period in most cities. The wait is especially longer for those in north Indian cities such asFaridabad where it stretches to 3 months! Chennai, Patna and Coimbatore are the only cities where the waiting period is as low as 2 weeks. Given that Kia is about to launch the SP2i-based Creta rival soon, it will be interesting to see whether it impacts the Creta’s popularity or not. 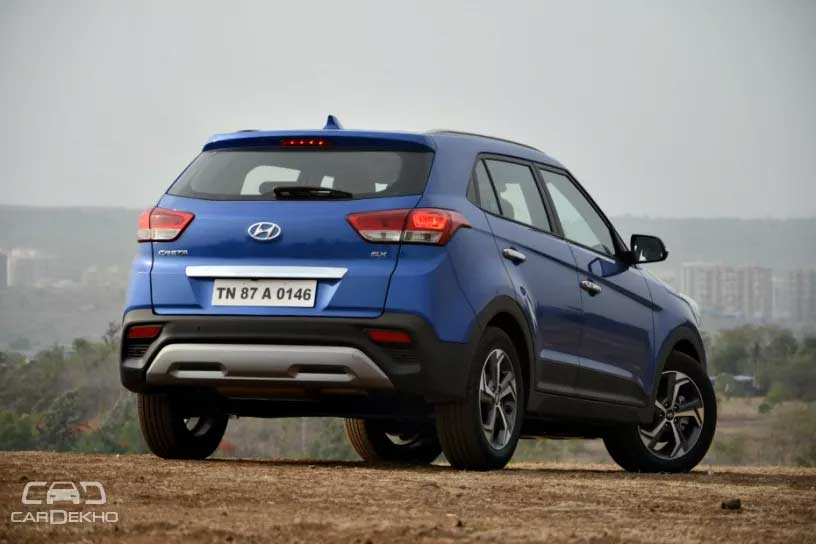 Maruti Suzuki S-Cross: It’s the second most popular car in this segment and attracts a waiting period of 1 month in most of the cities apart from Pune, Chandigarh and Indore. The S-Cross is expected to get a 1.5-litre diesel engine soon that Maruti recently introduced in the Ertiga and Ciaz. 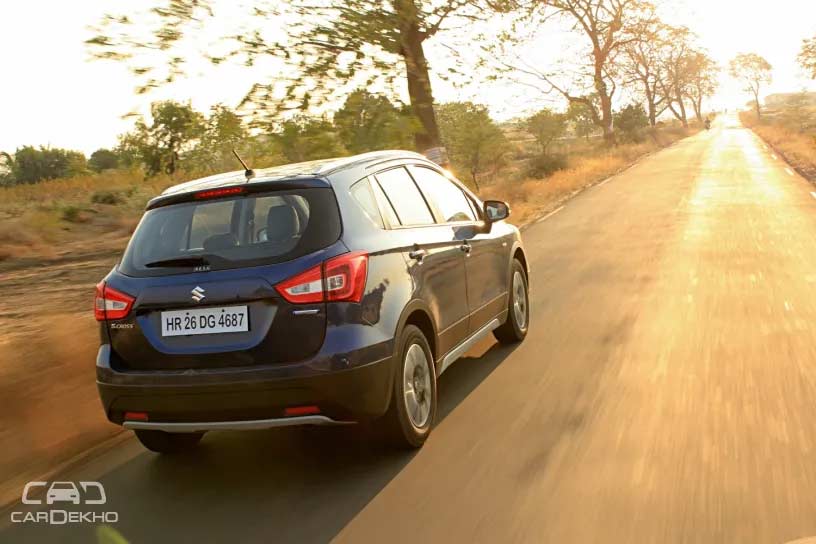 Renault Duster & Captur: Both compact SUVs from Renault have an identical waiting period in all the cities barring Coimbatore and Chennai. Renault has announced that it will launch the Duster facelift in India this year, so look out for discounts on offer on the outgoing model. 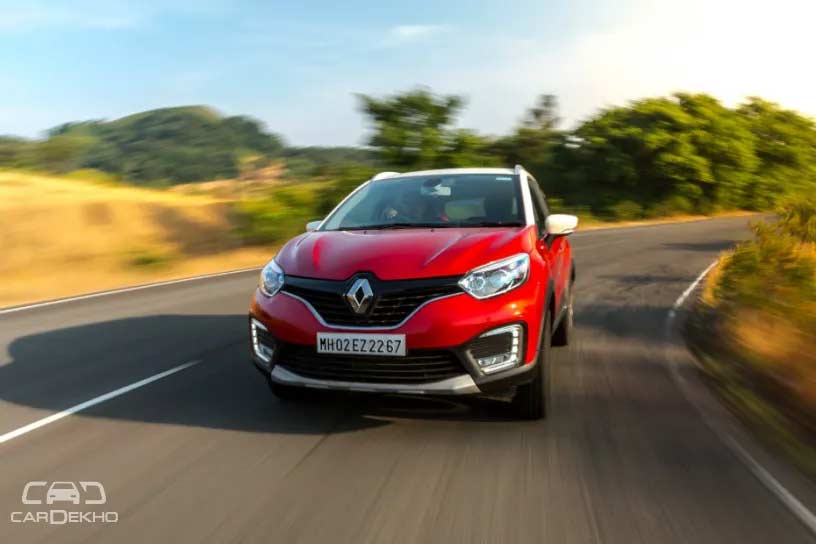 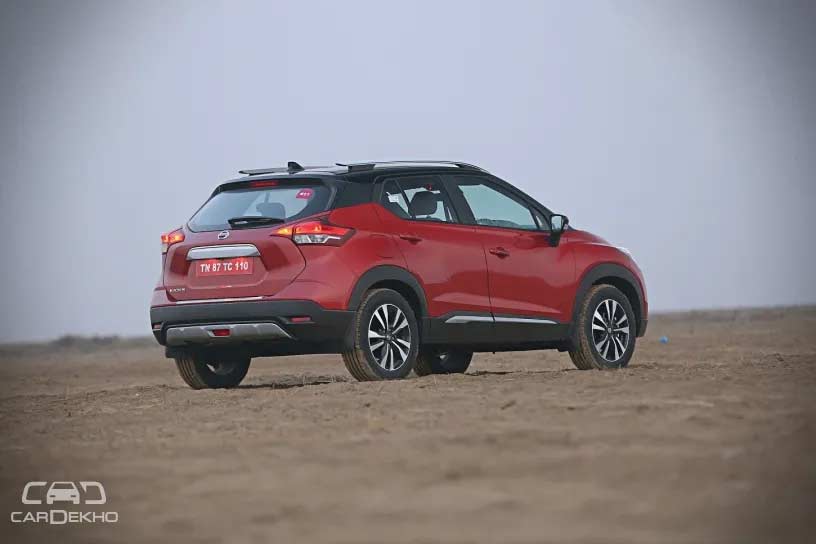