Turbo badging on the bootlid confirms that it will get a new 1.0-litre turbocharged petrol engine 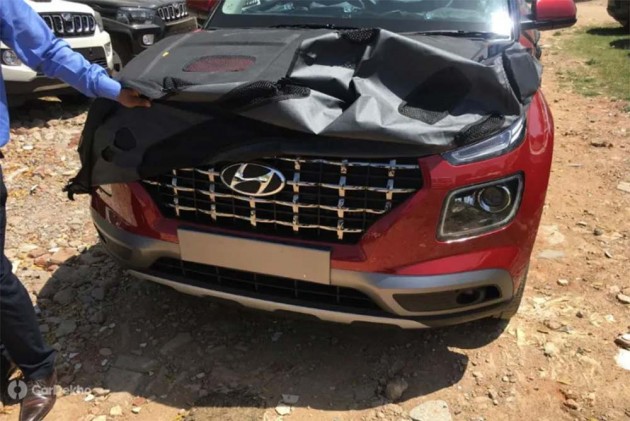 Like the Kona, the Hyundai Venue features headlamps integrated into the bumper.

While we await the Hyundai Venue’s official unveil on April 17, we have got hold of the first images of the SUV sans camouflage. Captured at a dealer stockyard, the SUV was seen it in its top-spec SX trim. The ‘Turbo’ badging on the bootlid suggests that the SUV will get Hyundai’s latest 1.0-litre turbo-petrol engine. There’s another Venue -- finished in red -- that was spied as well, but we’re not sure which variant that is.

While the official teaser videos released recently hinted towards a split-headlamp setup, the spy images confirm that the headlamps, which find a place on the front bumper, will feature integrated LED DRLs as well. The top lamps on the edges of the bonnet appear to be turn indicators. The Venue will feature Hyundai’s signature cascading grille with oodles of chrome. At the bottom of the front bumper are fog lamps enclosed in silver design elements and similarly coloured faux skid plate. 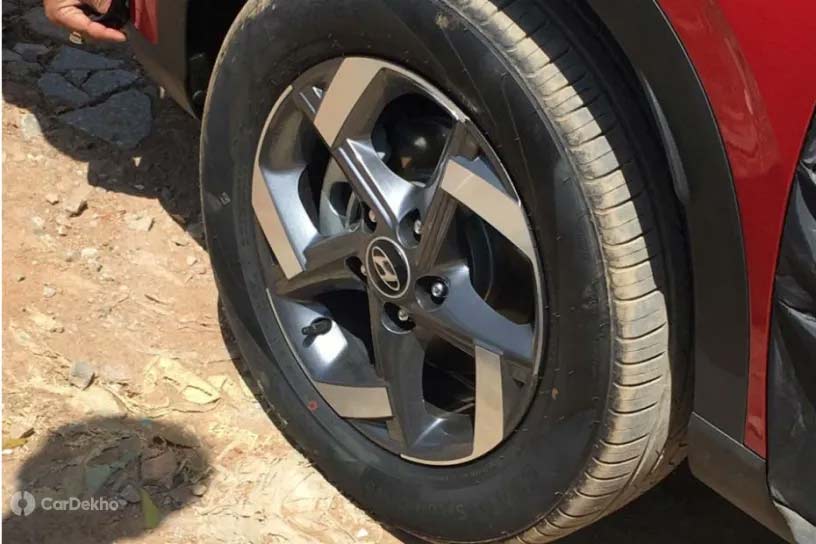 The Hyundai Venue’s top variant will feature 16-inch dual-tone alloy wheels with five lug nuts. The SUV features 205/60-section tyres. It remains to be seen if the lower variants of the Venue get 16-inch units or make do with smaller 15-inch steel wheels.

The Venue’s tail section appears to be boxy and features squarish tail lamps similar to the units seen on the Carlino concept. The Venue will be the first Hyundai SUV in India to feature its name on the center of the bootlid. In international markets, Hyundai’s Palisade SUV also gets its name badge in the middle of the bootlid.

The turbo badge at the rear of the Venue confirms that the SUV will indeed get Hyundai’s 1.0-litre, 3-cylinder turbocharged petrol engine. This engine is expected to produce a max power somewhere in between 100PS to 120PS while the torque figure should be around 172Nm. It is likely to be teamed up with an automatic transmission, likely to be a 7-speed DCT unit. 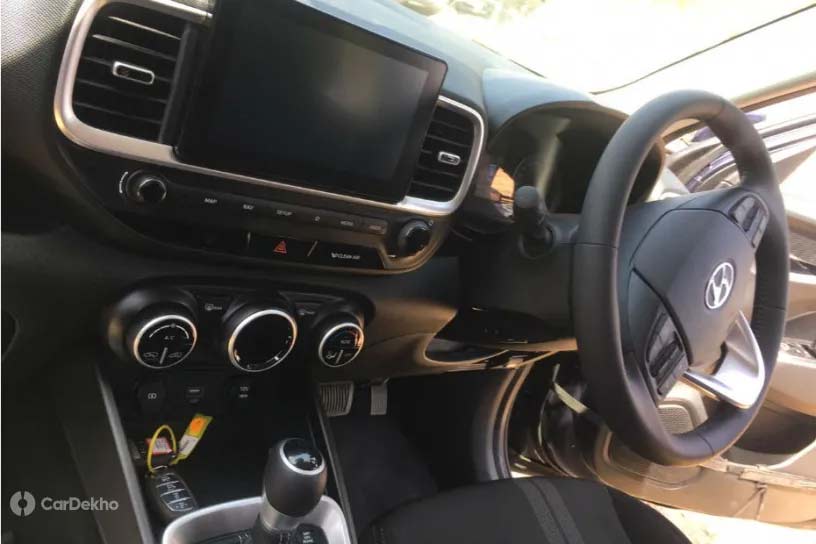 The spy images reveal the interior of the Venue for the first time. It features an all-black interior with a floating touchscreen infotainment system which could be an 8-inch unit. There’s piano black finish at the bottom of the infotainment unit along with silver accents around the AC vents and on the bottom of the steering wheel. The central tunnel layout is completed by an automatic climate control followed by fast charging, USB and 12V power outlets.

The chunky steering wheel has a design similar to the one seen on the 2019 Hyundai Elantra facelift and comes equipped with controls for Bluetooth, telephony and cruise control. The images suggest that the instrument cluster will feature a semi-digital setup. The steering column has function for adjustment, which may be limited to rake only as the Creta also misses out on reach adjustment.

Expect adjustable headrests for both the passenger rows as it’s visible in the images. This particular version of the Venue gets sporty-looking striped seat base along with a leather wrap around the gear lever and steering wheel. The gear knob is of an automatic transmission, possibly a 7-speed unit which gets a shift lock function as well. This transmission is likely to be paired with the 1.0-litre turbo-petrol engine. 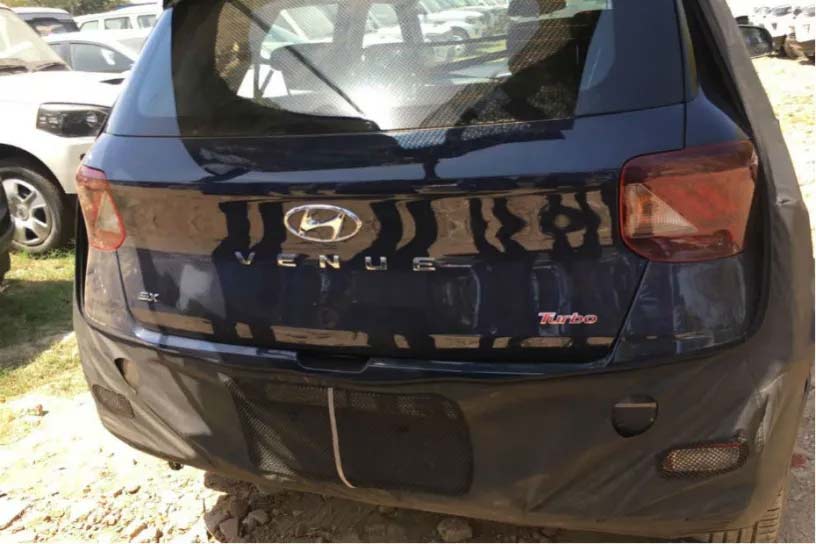 The Hyundai Venue will get a four-button key fob similar to the sixth-gen Sonata with functions for door lock/unlock and bootlid release. The fourth button on the Sonata’s key fob could engage the lights and horns together as a distress alarm. Hyundai had revealed that the Venue will receive a panic button on the base of the internal rear view mirror (IRVM) along with Hyundai BlueLink telematics system, SOS and RSA. The Hyundai Venue will also get a eSIM and mobile controlled ignition, climate control, door lock and lights. Apart from that it will also get cloud-based voice command and other internet-derived features.

Hyundai’s upcoming compact SUV will make its world debut on April 17 with the launch expected in May 2019. Interested? Prices are expected to start from Rs 8 lakh, which will put it up against the Mahindra XUV300, Ford EcoSport, Tata Nexon and Maruti Suzuki Vitara Brezza.