If You Thought The Kawasaki H2R Was Fast, Think Again! 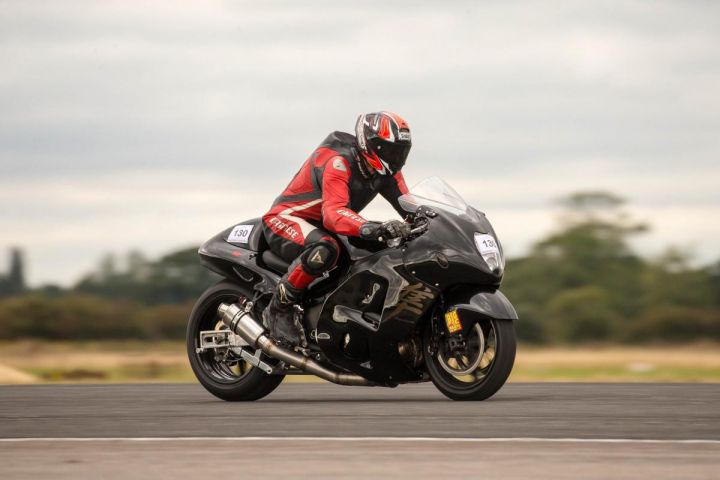 The folks from Big CC Racing have developed a this manic Busa which doubles as a road legal bike by day and a drag bike by night. Sounds like Batman’s weekend “fun” bike. Maybe he’s having second thoughts of his vigilante nights. But in all seriousness, the bike leaves you speechless once you have a look at the numbers. For instance, this 1000PS+ Suzuki Hayabusa can “average” 436kmph in a running quarter mile (400 metres). That’s proper soil your pants fast! And the guy who has the guts to steer this machine, even if it’s in a straight line, is none other than ace drag racer Phil Wood. 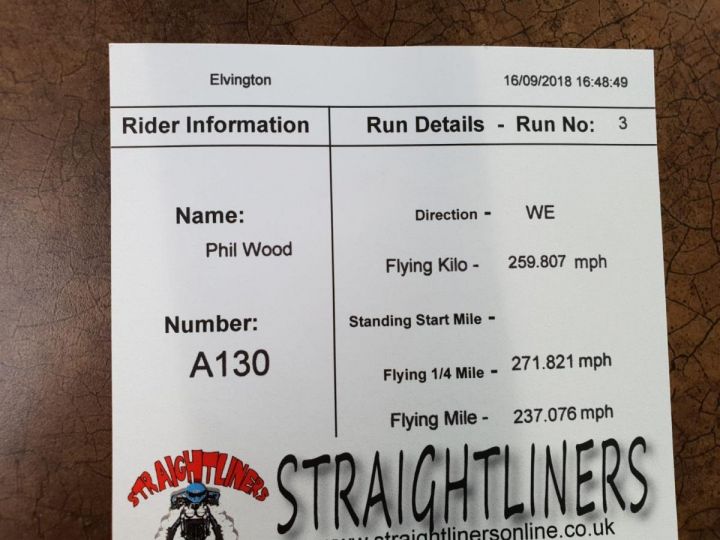 So how did all of this come together in the first place? Well, Sean Mills from at Big CC bikes built a replica of his 1,547cc, 1000PS+ bike christened “Project Pisstake” (pretty apt I’d say) for a customer. This unknown customer had plans of fitting the motor into, ahem, a chopper. However, due to unforeseen circumstances, the bloke backed out at the last minute. Now here’s the twist: rather than peddling this GT4x-equipped turbocharged motor to someone else, Sean settled on building himself a drag-spec, road legal bike (straight face). In essence, it’s equipped with all the bits and pieces (lights, horn, rearview mirrors etc.) that make a bike roadworthy according to UK’s MOT (Ministry of Transport). 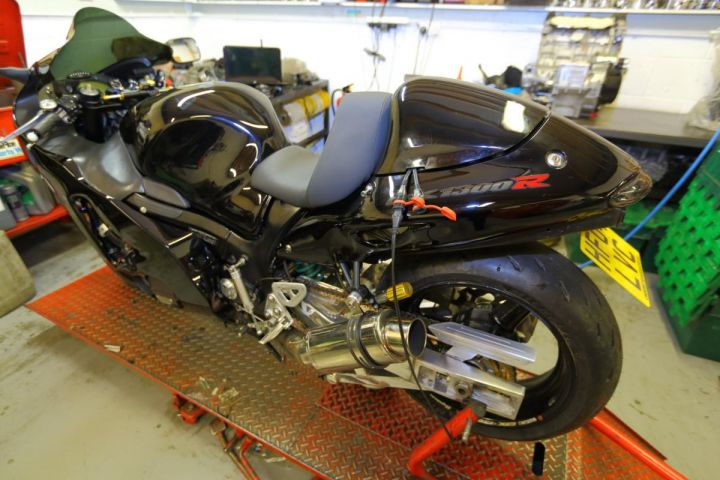 It also features a conventional shade of black, further adding to its *road-legal* status. At the rear sits an 8-inch wheel which was developed by conjoining two standard Busa wheels and wrapped in a fat 240-section rear tyre. Naturally, the swingarm and the chassis had to be altered as well to accommodate for a chain running through it to the rear wheel. Furthermore, the bike gets a road exhaust and variable boost controller. While that takes care of how the bike came together, there were further complications trying to make it all work in conjunction. 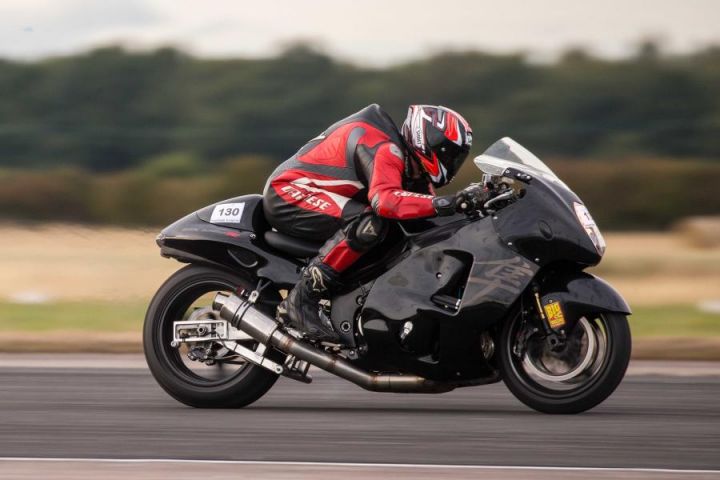 After a bunch of runs, tests and tweaks, the turbo Busa outperformed every other tricked out bike over the weekend at the drag strip, with, wait for it, 400PS to spare. Set at its full boost capacity of 45psi, it equates to a smidge over 1000PS. Set to belt out three-fourth (680PS) of its actual capacity, the bike was able to set a new record at the Straightliners top speed event at Elvington in Yorkshire. That’s naught to 436kkmph (average) in a quarter mile run. Why not the full-blown 1000PS, you ask? According to Phil, the engine at full power has enough torque to spin the wheel, even at a jaw-dropping 400kmph. Still think the Kawasaki H2R is fast?