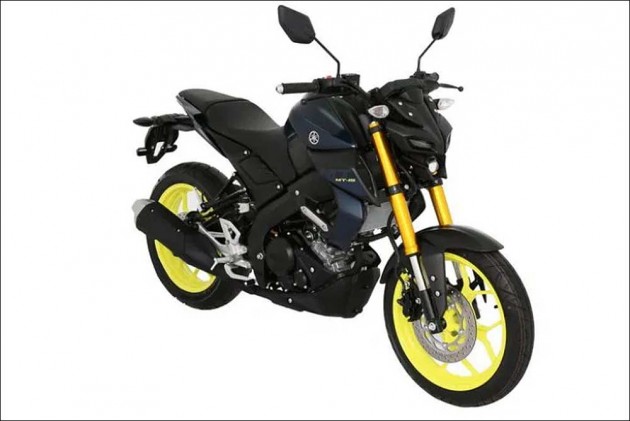 Yamaha is all set to bring the Yamaha MT-15 into India in the next few months. Test mules of the bike have been spotted frequently while some Yamaha dealers have unofficially started accepting bookings. Now, documents have surfaced that give away some details of the India-spec bike. These documents along with spy shots of the bike give us a clearer idea of what to expect from the upcoming MT-15. For starters, its 155.1cc liquid-cooled motor makes 19.3PS, which is the same as the India-spec R15 v3.0. Internationally, both the MT-15 and R15 V3.0 share the same motor and underpinnings and we expect the same for the India-spec models. We expect the MT-15 to make the same 19.3PS and 14.7Nm of torque. Transmission duties are handled by a six-speed gearbox with a slipper clutch.

Like its faired cousin, the India-spec MT-15 too will get conventional forks instead of upside-down forks to keep costs in check. Even the rear cast aluminium swingarm seems to have been replaced with a box section unit. Thankfully, it gets the international-spec LED headlamp and LCD instrument console. According to leaked documents, the incoming MT-15 has the same width as the international version but is 5mm taller. That could be due to slightly longer forks or larger-sidewall tyres or a combination of both. What's most intriguing is that wheelbase remains the same but the length of the India-spec MT-15 has increased by a massive 55mm. That's quite a surprise given that the international-spec bike and the spotted test mule seem to have the same bodywork. One plausible explanation would be that the number plate holder has been revised, adding 5.5cm to the length.

What else has changed? Stay tuned as we get you more information.