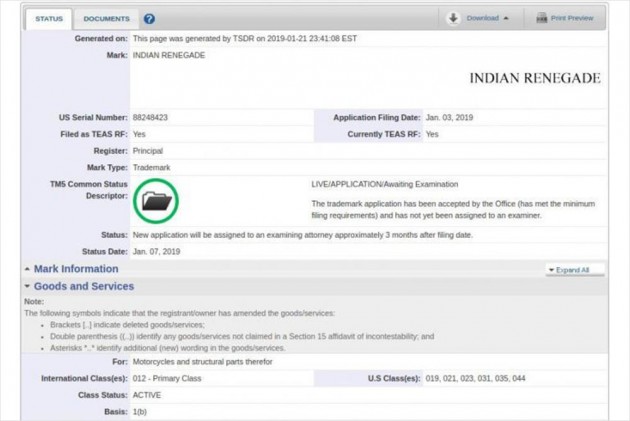 You might remember that just last December, Indian Motorcycle filed a trademark for the name ‘Raven.’ Now, the brand has filed for another, the ‘Indian Renegade.’ The trademark was filed at the United States Patent and Trademark Office on January 3, 2019. The Goods and Services section says ‘Motorcycles and structural parts therefor’. So, the possibility of a new apparel range can be eliminated.

All signs indicate that the trademark has been filed for a new motorcycle, likely an adventure bike. We wouldn’t be surprised if it is true as the recent launch of the FTR range is a clear indication of the brand willing to move away from cruisers. If launched, it would be an ideal competitor to Harley-Davidson’s upcoming ADV, the Pan America. This would also help Indian gain a better foothold in the market as the demand in the cruiser market is not as great as what it used to be. 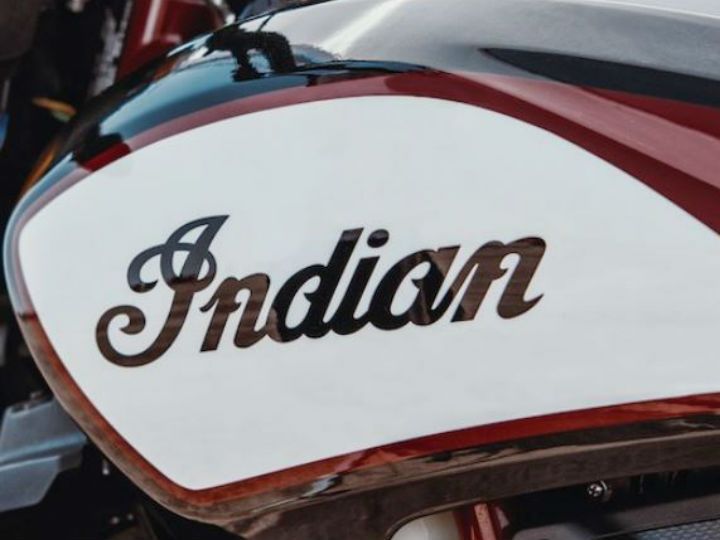 Another US-based motorcycle maker, UM, already uses the moniker ‘Renegade’ for its range of cruisers, which explains why Indian went for the name ‘Indian Renegade’ instead of just ‘Renegade.’ While details are scant as of now, expect more developments to surface in the coming months.

Indian Motorcycle recently launched the FTR 1200 S in the country at Rs 14.99 lakh (ex-showroom, India). It is the brand’s first production flat tracker, and is also the only of its kind in the Indian market.