Is Kawasaki Making A Batpod For The Caped Crusader? 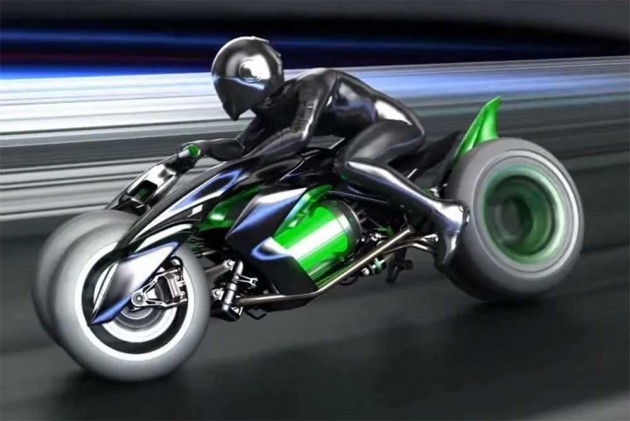 Kawasaki is no stranger to experimenting with different ideas for motorcycles. This time around, patents of a really radical-looking electric motorcycle has leaked online. The images reveal a swingarm-like bracing on the front wheel which is connected to a linked shock absorber. Even the rear wheel gets the same setup. 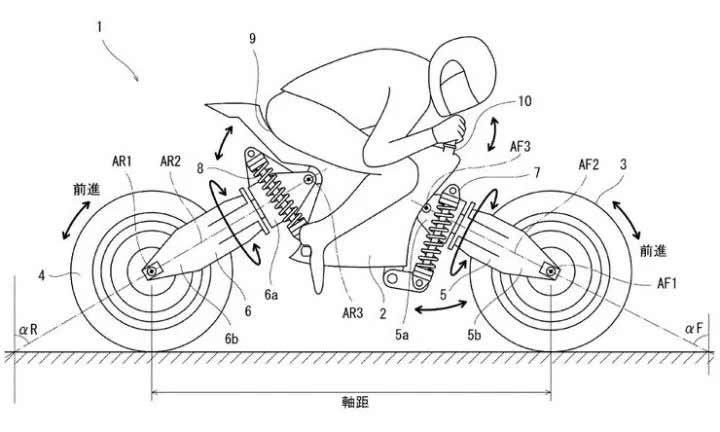 Instead of turning the front wheel like in conventional motorcycles, this concept’s front wheel tilts sideways without turning, and the rear wheel does the same too, but its angle of rotation is much lesser than the front. Due to the difference in angle of rotation of the front and rear wheel, the bike will theoretically be able to turn by banking. The angle of tilt is also higher than the bike’s lean-angle, which should help in maintaining the rider’s balance. In essence, the rider shifts his/her weight and the onboard sensors detect the shift in weight and tilt the bike accordingly. 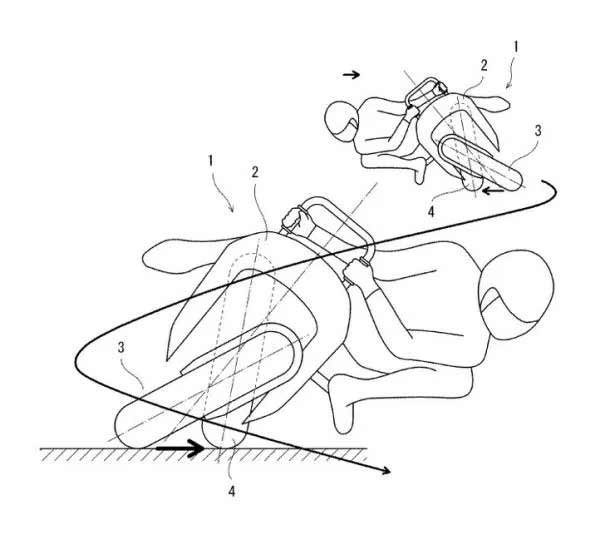 In comparison, a conventional motorcycle offers a direct linkage between the wheel and the handlebar, so the communication between the wheel and the road is felt instantaneously. You lean into a bend and countersteer to maintain the course. This isn’t the case in this concept and it remains to be seen on how good is the feedback from the front wheel to the rider. Also, it isn’t clear as to how this complex setup might work at crawling speeds.

Since there’s no linkage to the handlebars, they are loop-shaped and are only to help the rider hold on to the bike, provide throttle and braking inputs. For braking, it uses conventional levers and the throttle is also the traditional twist-and-go type.

The front and the rear swingarm-like structures are rotated using servo mechanisms which draw power from a battery pack. The battery is likely to be mid-mounted for optimal weight distribution. The nature of the rear wheel’s movement doesn’t allow for conventional chain, belt or shaft drive, so Kawasaki has opted for electric hub motors on both wheels. 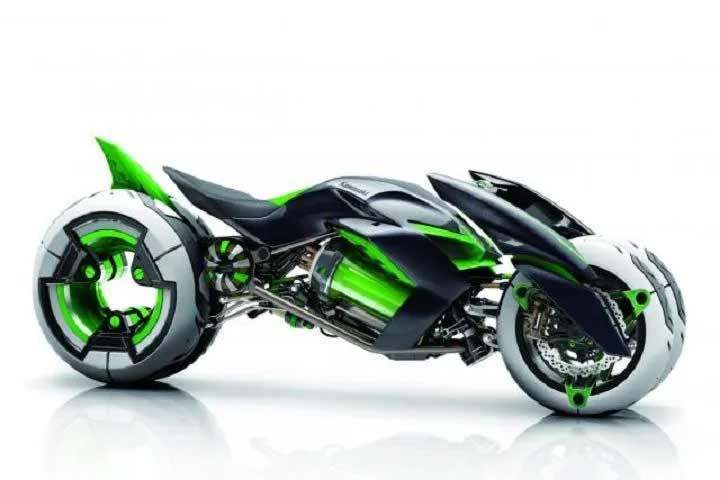 Interestingly, Kawasaki had unveiled the J-Concept back at the 2013 Tokyo Motor Show. It was not only able to turn by tilting but also offered variable ergonomics depending on the kind of usage. How cool is that? Coming back to this patent, expect Kawasaki to unveil the concept in a couple of years, presumably at the next Tokyo Motor Show in 2021. All said and done, it is still too early to judge whether such type of motorcycles are feasible for daily use. Yamaha took the leap of faith by launching the crazy three-wheeled leaning motorcycle, the Niken. So it won’t be too long until we see such radical-looking bikes on the road (at least in countries abroad) in the future!