Is the Kawasaki Versys 1000 A Better Tourer Than The Ninja 1000 For India? 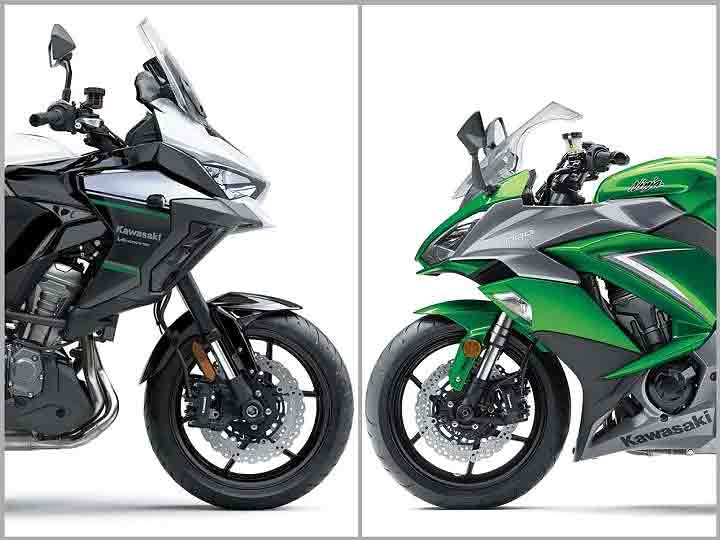 There are plenty of well-to-do customers who want big, burly bikes to travel across the length and breadth of our country and there are a lot of brands that offer diverse machines for these type of customers.

Kawasaki recently launched the 2019 Versys 1000, which is quite a big improvement over its predecessor. In a bid to allure more customers, the Japanese brand is selling this new adventure tourer as a CKD rather than a CBU. That puts it dangerously close to its sports touring counterpart, the Ninja 1000, price wise. To be precise, the difference between the two is just Rs 69,100! If you’re a rider who’s into long distance rides and are confused between these two litre-class motorcycles, we explain which one makes sense over the other.

The Versys will keep your bum comfy on long rides: 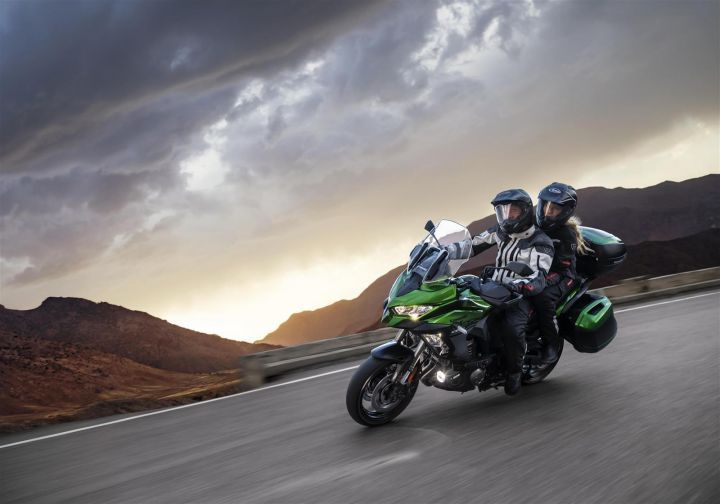 SE variant shown for representation only

For touring, ergonomics need to be as relaxed as possible to minimize fatigue. The Ninja 1000 is more of a sporty tourer than an outright mile-muncher. Sure, the seat is low (815mm) and the handlebars are raised, but they can only do so much in a faired bike. Also, the high-set pillion seat isn’t exactly comfortable over long distances. On the other hand, the Versys 1000 features a tall handlebar, adjustable windscreen and even the pillion seat is well cushioned. That said, the Ninja is great for sporty, short-time thrills but ultimately, the Versys is the one which will appeal to a wider section of the audience if they want to cover long distances. Also, the Ninja 1000 makes do with twin halogen lamps, whereas the Versys 1000 comes with LEDs. To keep your electronics charged up, the Versys comes with standard DC charger whereas it’s optional on the Ninja.

Ninja gets the power, but the Versys has a more relaxed engine: 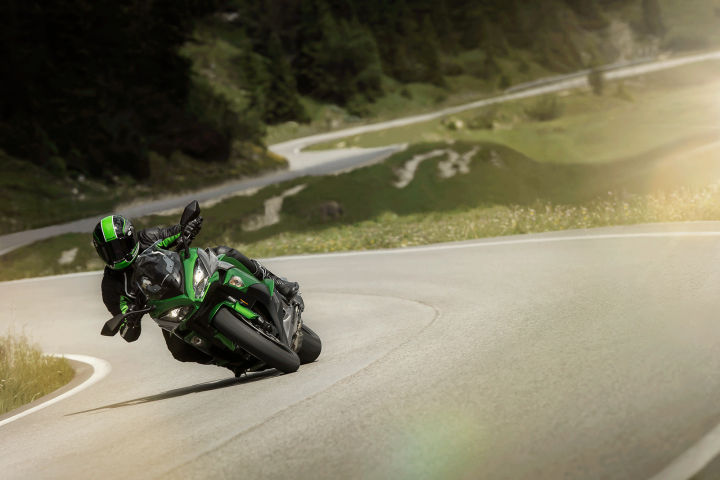 Both the bikes are based on the same 1043cc inline-four cylinder liquid-cooled engine. But in the Ninja, the motor makes more power and torque (22PS & 9Nm more than the Versys). It also runs on a much higher compression ratio (11.8:1 versus the Versys’ 10.3:1), so it’s a relatively higher-strung engine compared to the relaxed motor in the Versys. Moreover, Kawasaki has tuned the Versys’ engine for better low- to mid-range torque, which should come in handy while overtaking on the highway, and also while riding over bad roads. Moreover, with 120PS and 102Nm on tap, the Versys 1000 has more than enough grunt for our roads. So basically, this relatively unstressed state of tune will make the Versys feel more relaxed over long journeys than the Ninja 1000.

The Versys also enjoys the convenience of standard cruise control which the Ninja lacks. Electronic aids on both the bikes include traction control and cornering ABS as standard. However, the Ninja gets the advantage of two power modes to suit the rider’s needs.

The tall tourer won’t break your back on bad roads: 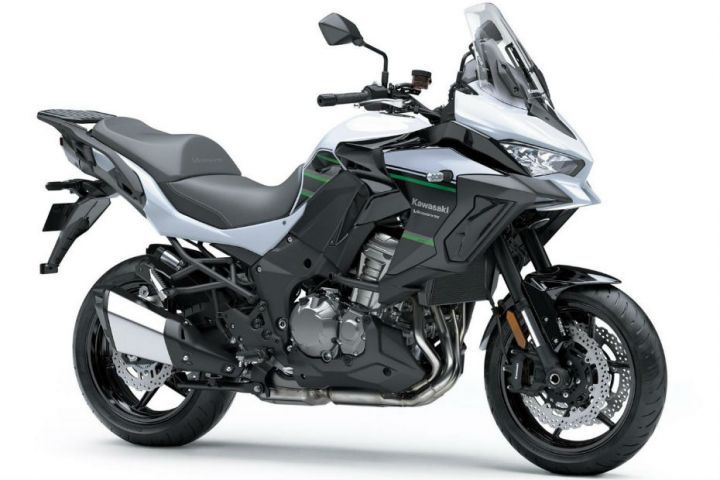 This is where the Versys really outshines the Ninja, thanks to the long-travel suspension. In the Versys, the front-end gets 150mm of travel while the rear offers 152mm travel. On the other hand, the Ninja’s suspension only comes with 120mm of travel up front and 144mm at the rear. So the Versys should be able to effortlessly glide over bad roads, at least theoretically. Both bikes have fully adjustable suspension at front and rear, though. And considering that our country is blessed with barely any smooth tarmac, the Versys’ ability to soak up bumps will certainly be more appreciated by tourers. 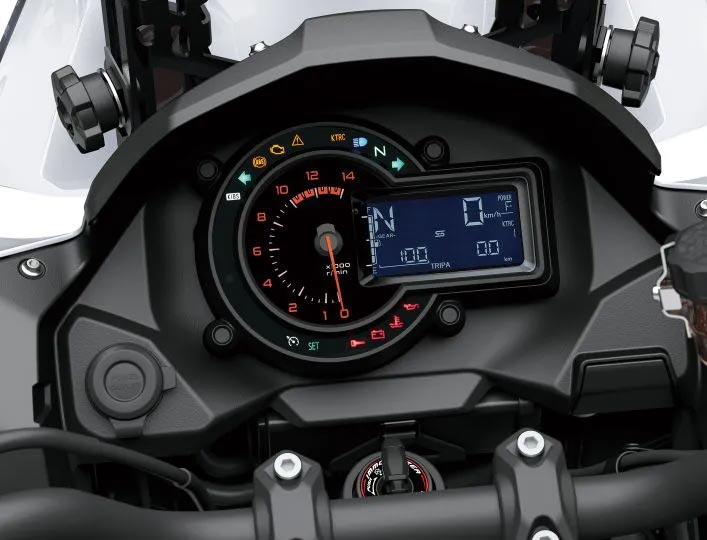 At 150mm, the Versys’ ground clearance may not be much for an adventure tourer, but it is certainly better than the Ninja’s 130mm figure. Also, the Versys has a more relaxed rake angle (2.5 degrees more than the Ninja) and has a longer wheelbase (80mm more, at 1520mm). This should help in keeping the motorcycle more stable on highways, particularly at high speeds. Another feature worth mentioning is that the Versys gets a 21-litre fuel tank, which is 2 litres bigger than the one in the Ninja 1000. But on the flipside, the Versys is 16kg heavier (kerb) than the Ninja. Dial in the tall 840mm seat, and shorter riders may find it cumbersome to manoeuvre it at low speeds. Put all that together, and you realise that while the Versys might not excite with its handling manners, it will feel a lot more composed on long highway stretches. 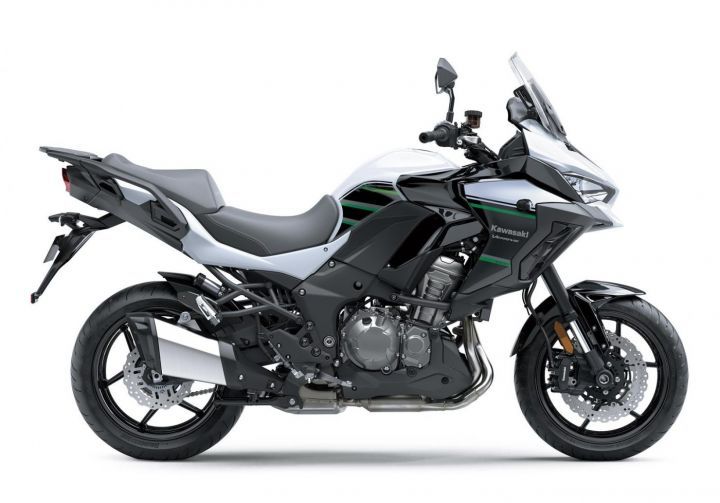 Kawasaki has priced the Versys at Rs 10.69 lakh whereas the Ninja will set you back by Rs 9.99 lakh, (both ex-showroom pan-India). Overall, the utilitarian Versys 1000 just seems to be a more practical bet than the sporty Ninja 1000 for long-distance touring. For less than a lakh extra, you get a much well-rounded package, particularly focussed on touring. While the Ninja might work really well as a sports tourer in countries which have fantastic roads, in India, it is going to feel more apt for relatively short but high-speed jaunts. The Versys, on the other hand, thanks to its more upright ergonomics, longer suspension travel, and more relaxed engine will keep you comfortable for miles on end on our notoriously taxing Indian roads.