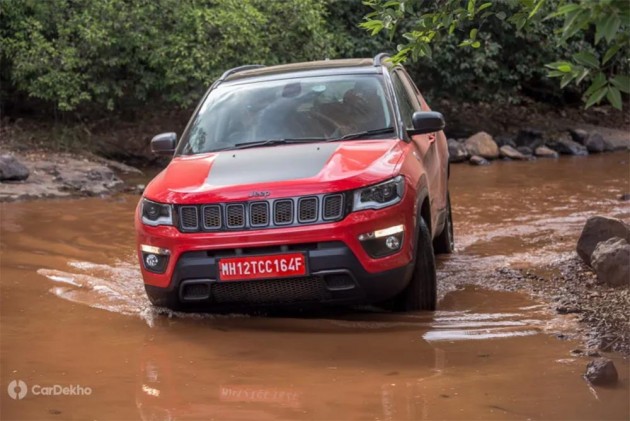 Jeep has launched the most extreme version of the Compass, the Trailhawk, in India. It is available in two variants: 4X4 2.0D AT and 4X4 (O) 2.0D AT, priced at Rs 26.8 lakh and Rs 27.60 lakh (ex-showroom Delhi) respectively. The base spec Compass Trailhawk attracts a premium of Rs 3.69 lakh over the Limited Plus diesel 4X4, which is priced at Rs 23.11 lakh (ex-showroom Delhi).

Compared to the standard Compass, the Trailhawk gets reworked bumpers to aid approach and departure angles, raised ground clearance and improved water wading capacity. Jeep has also installed underbody skid plates, all-terrain tyres and all-weather floor mats to complement the off-road-focused nature of the SUV. It also gets new 17-inch alloys, replacing the 18-inch units on the Limited Plus variant for better off-roading. 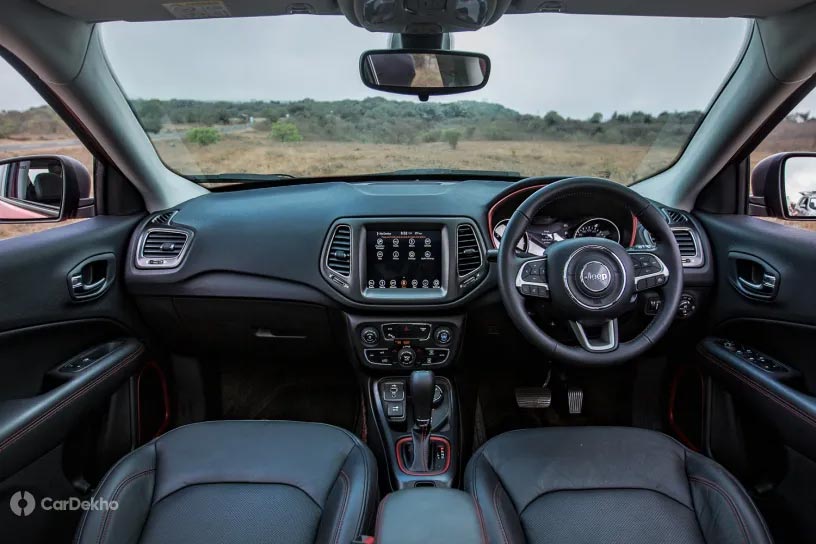 Inside, while the layout remains unchanged, the Compass Trailhawk features an all-black cabin with red accents. It also gets an updated feature list with the inclusion of a 7-inch MID and cruise control. While it has gained some features, it has also lost some in the form of powered front seats and auto headlamps and wipers, which are available on the Limited Plus variant. While all the features remain identical variant-wise the optional variants gets a panoramic sunroof in addition. It is to be noted that the Compass Limited Plus also comes with a panoramic sunroof. 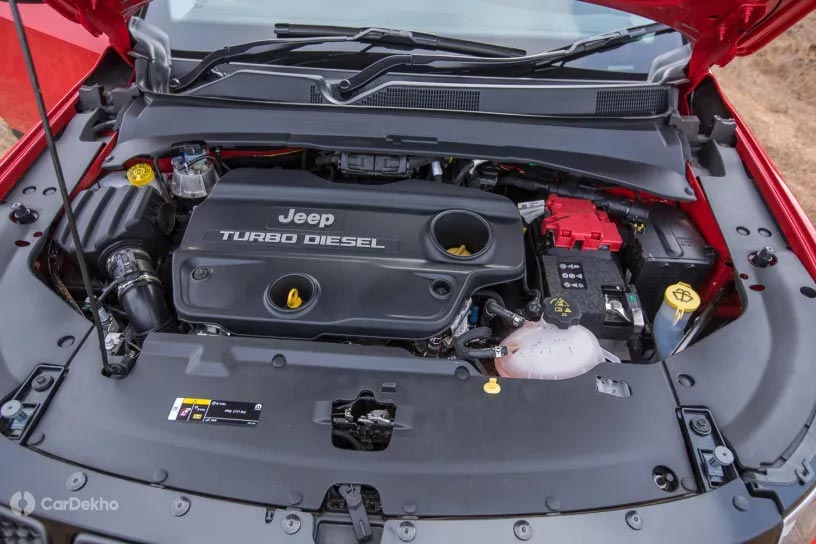 Under the hood, the Jeep Compass Trailhawk offers the same 2.0-litre diesel engine, but in a BS6 avatar. Here, the engine is rated at 170PS and 350Nm. While the power has gone down by 3PS, torque has remained identical to the BS4 version. The power from this engine is sent to all four wheels of the SUV via a 9-speed automatic gearbox (first for the diesel-powered Compass in India). The Trailhawk also features a more advanced version of the Jeep four-wheel-drive system compared to the existing 4x4 manual model. 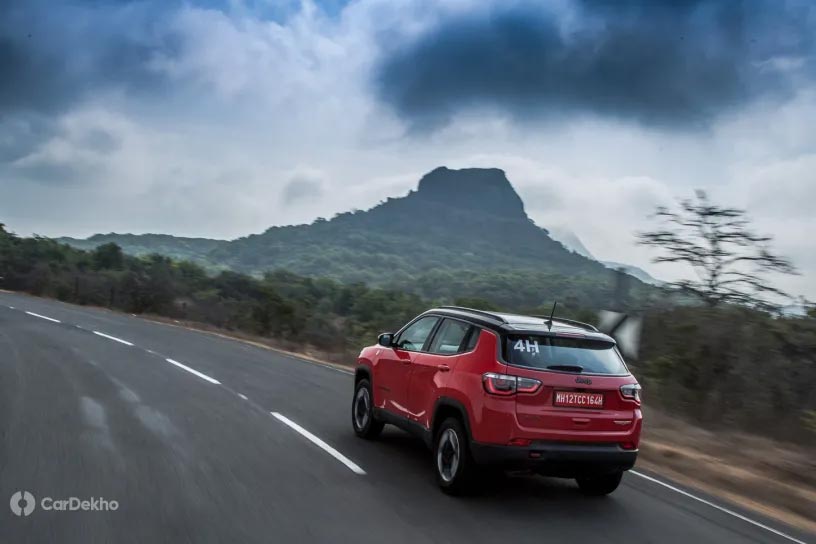 With a starting price of Rs 26.8 lakh the Compass Trailhawk does not have many rivals in the Indian market except for the Hyundai Tucson diesel 4WD automatic, which is priced at Rs 26.95 lakh (ex-showroom Delhi).