Christened the Ninja ZX25R, Kawasaki already has a working prototype that will reportedly make 50PS! 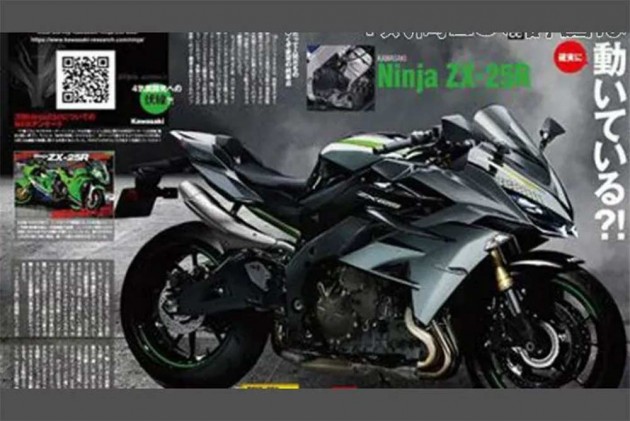 Kawasaki is reportedly working on a small-capacity motorcycle for Asian markets. According to reports online, the new bike will be powered by a 250cc in-line four-cylinder powerplant. It’s also rumoured that Kawasaki already has a running prototype of the bike at its Indonesia facility and it’s likely to be called the Ninja ZX25R.

Speculations are rife that this will be a high-performance motor and will develop close to 50PS of peak power. That's substantially higher than the twin-cylinder Ninja 300’s 39PS output, and even the larger Ninja 400 whose twin-cylinder powerplant makes 49PS. We expect this bike to be more of an entry-level supersport tuned for the racetrack and accordingly get a sportier bodywork and ergonomics. In fact, the ZX25R prototype spotted in Kawasaki’s Indonesia factory had a race exhaust, which could mean Kawasaki is keen to make a track-worthy entry-level motorcycle.

This new bike is expected to have the larger Ninja H2’s design language and have proper premium features like LED headlamps, digital instrument console and even ride-by-wire. The suspension too is expected to be updated in the form of upside-down forks and a linked monoshock.

We can expect Kawasaki to debut the ZX25R at the Tokyo Motor Show later this year and launch it in Japan and South Asian markets early next year.

Given the four-cylinder motor’s high manufacturing costs and high-spec parts, the bike is expected to cost close to the Kawasaki Ninja 400, which is sold in India along with the twin-cylinder Ninja 300. That would make it really difficult for Kawasaki to position the ZX-25R here. However given us Indian enthusiasts’ penchant for four-cylinder motorcycles, an entry-level inline-four sportsbike around the Rs 4 lakh mark might just work.