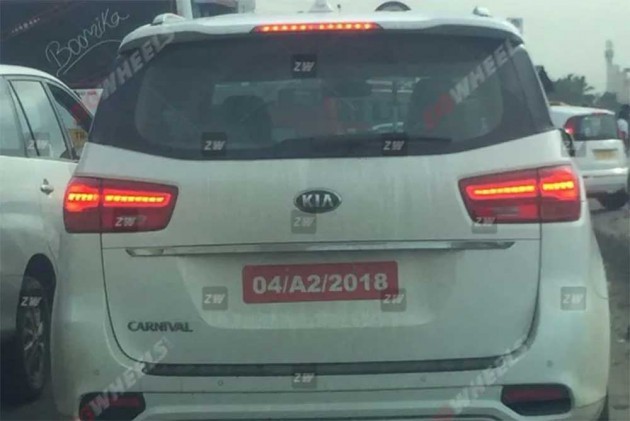 Kia has kickstarted its Indian innings on a high note with the Seltos compact SUV generating quite a buzz and while we await its launch on August 22, the Korean carmaker is looking to add more products to its portfolio. The second product to join the Seltos in Kia Motor India’s lineup is likely to be the Carnival MPV. Already on sale in international markets, the MPV has been spied testing in Chennai ahead of its expected launch in the first half of 2020. 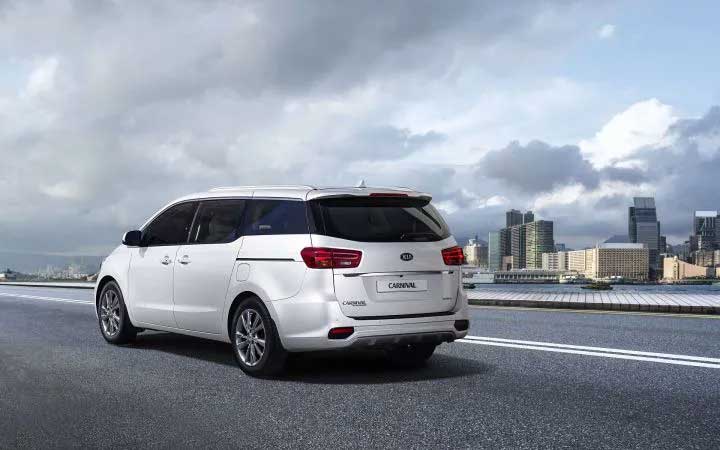 The Carnival MPV features a clean rear end with split LED tail lamps. It also gets a tasteful application of chrome above its number plate housing. Unfortunately, that’s the only angle we were able to get our hands on of the test mule. 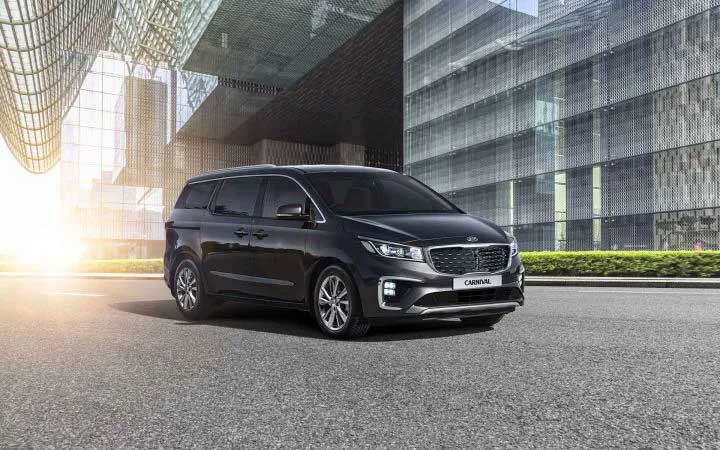 The front end of the Carnival is dominated by Kia’s trademark tiger nose grille which is flanked by projector headlamps. Below them are aggressive looking air dams which house the ‘Ice Cube’ LED fog lamps as seen on the Seltos.

The Carnival is a big MPV. Infact, it’s a mammoth when compared to its closest competitor, the Innova Crysta. Here’s how both the MPVs fare on paper in terms of dimensions. 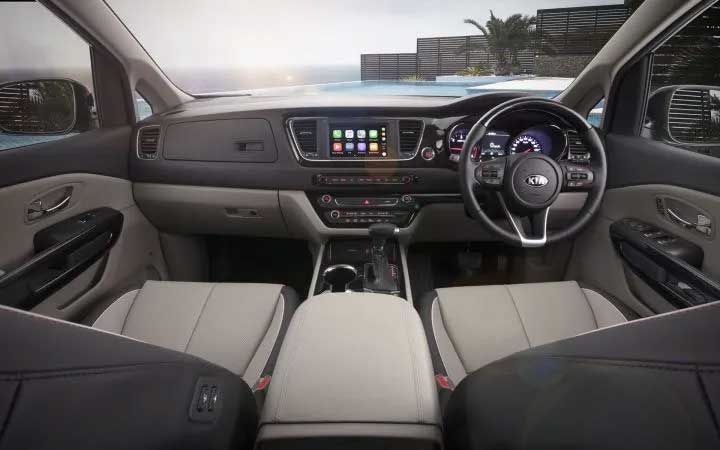 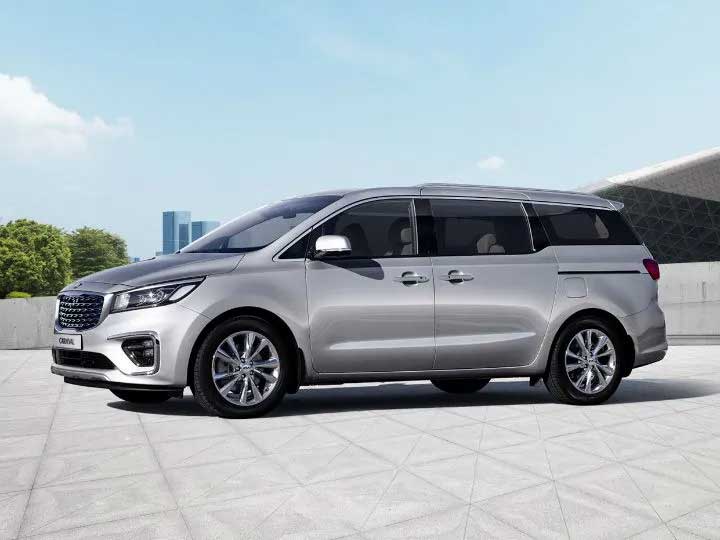 Under the hood, the Carnival for India will most likely feature a BS6-compliant 2.2-litre diesel engine. It develops 202PS and 440Nm and sends power to the front wheels. Expected transmission options include a 6-speed manual and an 8-speed automatic gearbox. Overseas, it is also available with a 3.3-litre V6 petrol unit that churns out 206PS and 330Nm.

The Kia Carnival is a premium MPV that will sit above the Innova Crysta in India. When launched here next year, it is expected to be priced from Rs 22 lakh to Rs 30 lakh (ex-showroom pan India). Kia is also looking at 60 percent localisation for the MPV to keep costs in check.